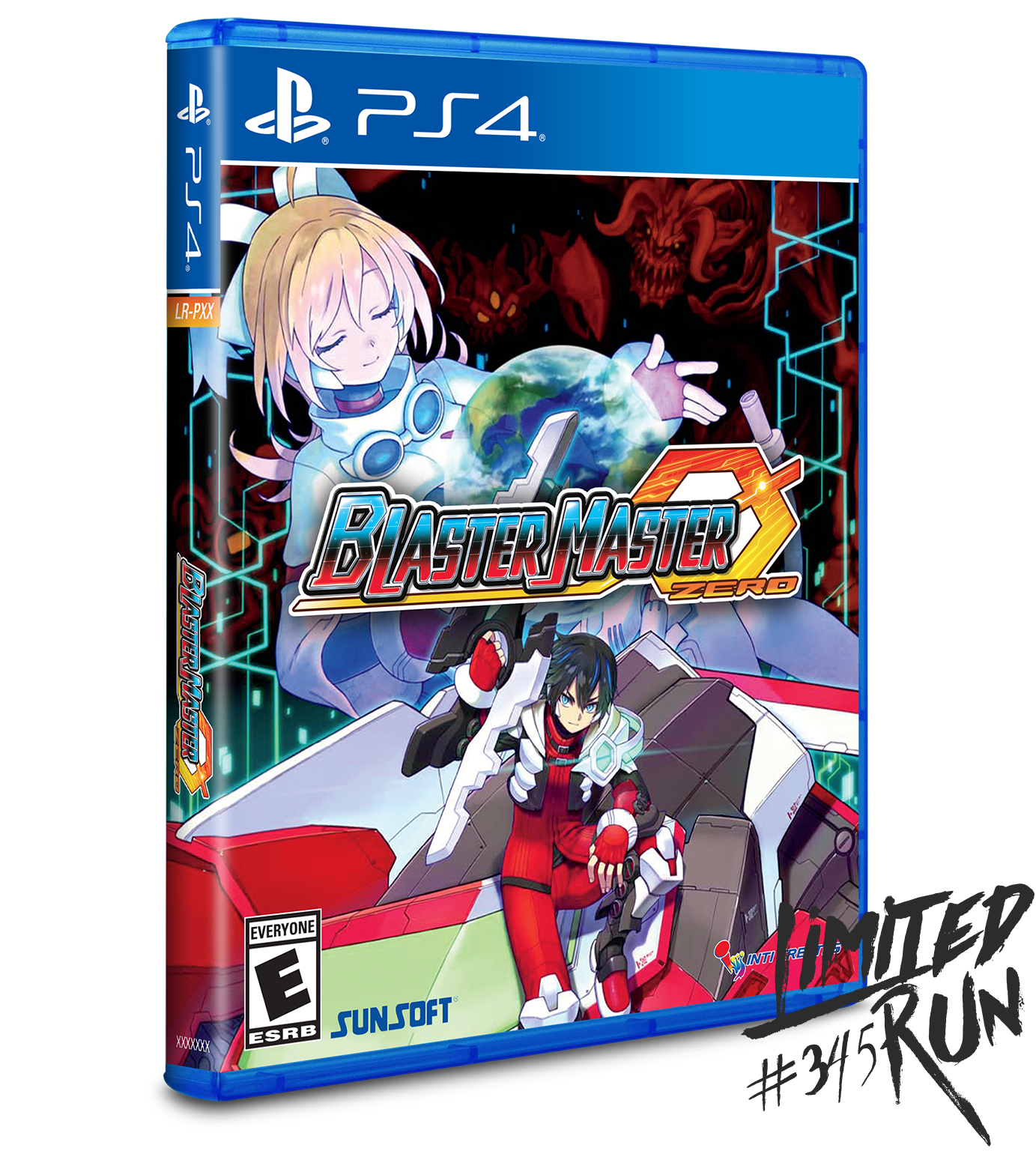 I remember playing Blaster Master recently thanks to the Nintendo Switch Online game selection. It’s a pretty classic game with a fun dynamic between switching from the pilot controls and over to the tank. Well, Zero is a modern take on this while keeping the core gameplay intact. It definitely works out quite well and it’s why I say a lot of these old NES and SNES titles have a lot of potential with modern reboots. If you just bring them up to date with the graphics, soundtrack, and all of that then you will be in a good position. I’m ready to play the sequel to this later today.

The game starts with Jason working on his machines when he meets a frog named Fred. The frog is pretty interesting but then he falls into a portal so Jason jumps after him. He’s now in an odd world where everything just looks foreign. Fortunately there is a tank lying around and it has sensors which can detect Fred. Jason is determined to find this guy but it does mean that he is going to have to do a lot of legwork in order to find him. He’ll have to traverse across the entire planet to locate this guy and the sensors keep picking up a lot of false readings as well. When he runs into a lady named Eve who is in a rough state Jason knows that things are about to get complicated.

For the gameplay we have two main styles here. When you’re in the Tank you progress as a 2D shooter/platformer where you look around the area and use the maps to get to the next world. You’ll come across caves and caverns along the way. At these points you exit the tank and as the pilot head through these labyrinths. The gameplay style changes a bit at this point as it becomes more of an overhead shooter. Think of the original Legend of Zelda and it’s sort of like that only you have a gun here as well as your sub weapon. From all of the sub weapons I got the most out of the grenades to be sure, but once you unlock the tank weapon that is incredibly handy to have at the ready. It would have certainly been a lot more difficult without it. You can only use the tank once but it can even take the final boss down to half his health so it’s a must have.

You can actually miss out on some power ups if you skip dungeons so watch out for that. In particular in World 3 you’re supposed to get a light bomb of sorts which lets you see through the pitch black dungeons. It’s not easy to complete these with no light although if you missed it, it’s not the end of the world. You can still complete the dungeons, it’ll just be a little trickier. If you manage not to get hit much and store up a lot of weapon power then as the human fighter you can use different guns. You lose them when you get hit so keep that in mind.

There’s a lot of solid platforming going on here and a healthy amount of save points and health items so you can confidently challenge the unknown and go as hard as you can. The main thing to watch out for is the minions. If you shoot one make sure you keep going until you destroy it because otherwise it is definitely about to become a big handful and you will have a hard time dealing with it.

The game looks very good graphically. It’s definitely got a nice Mega Man vibe to it with all of the sci-fi backgrounds and the energy attacks in general. Then you’ve also got a solid soundtrack here including a classic Warning message that pops up before bosses like something in Mega Man as well. There are also illustrations that appear from time to time so you can really see how the characters look outside of their sprites and the overall world landscape. You can see how an anime would work out quite nicely with this concept since there’s a lot to explore.

The game has a bit of a cliffhanger ending although it’s also the kind of climax where a sequel isn’t really needed. It depends on how you interpret the ending. There’s also a True Ending which can be unlocked and a sequel that was already created so there’s a lot of ways to take it. Of course you all know my position on this is that everything should get sequels and keep the franchise going while you can. There’s a lot the sequel can dive into so I look forward to seeing what the plot is.

The game took me around 5 hours to conquer. If you intend to grab all of the power ups and beat all of the dungeons I’m thinking you could probably boost the time to around 8-10 hours. Some more replay value can also be found by trying to get the Platinum Trophy in this game. I got quite a few of the trophies in this title but definitely not all of them. That would take more effort to be sure.

For the characters we’ve really got 3 main ones. Two if you don’t count Fred since he’s more a part of the story than actually being a character especially since he’s gone most of the time. Jason is a solid lead. He’s pretty determined to follow Fred and is also quick to help Eve out. He’s your classic protagonist who is always willing to do the right thing and takes the whole portal situation in stride. I liked his focused nature here. Then you have Eve who is a solid heroine. Certainly a very secretive one and there are a lot of moments where the game shows her as being a little shady or at least cryptic to an extent. I can see the sequel delving more into her character. Eve’s certainly a solid assist character though and it does make a difference having someone with you when you’re isolated in a strange planet with tons of creatures out to get you.

Overall, Blaster Master Zero is definitely a solid game and one that I would recommend. There’s a lot of action going on here and various worlds to explore. It’s the kind of game that rewards searching quite a lot as well as the more power ups you get, the easier it is to move around and fight. Minions which took a lot of hits to beat early on could be taken down in a single blast by the end of the game. I certainly made my tank nice and overpowered so it was tough to beat although I had a little more trouble as the human form. If you’re looking for a modern shooter title to check out, this is definitely the one to get.