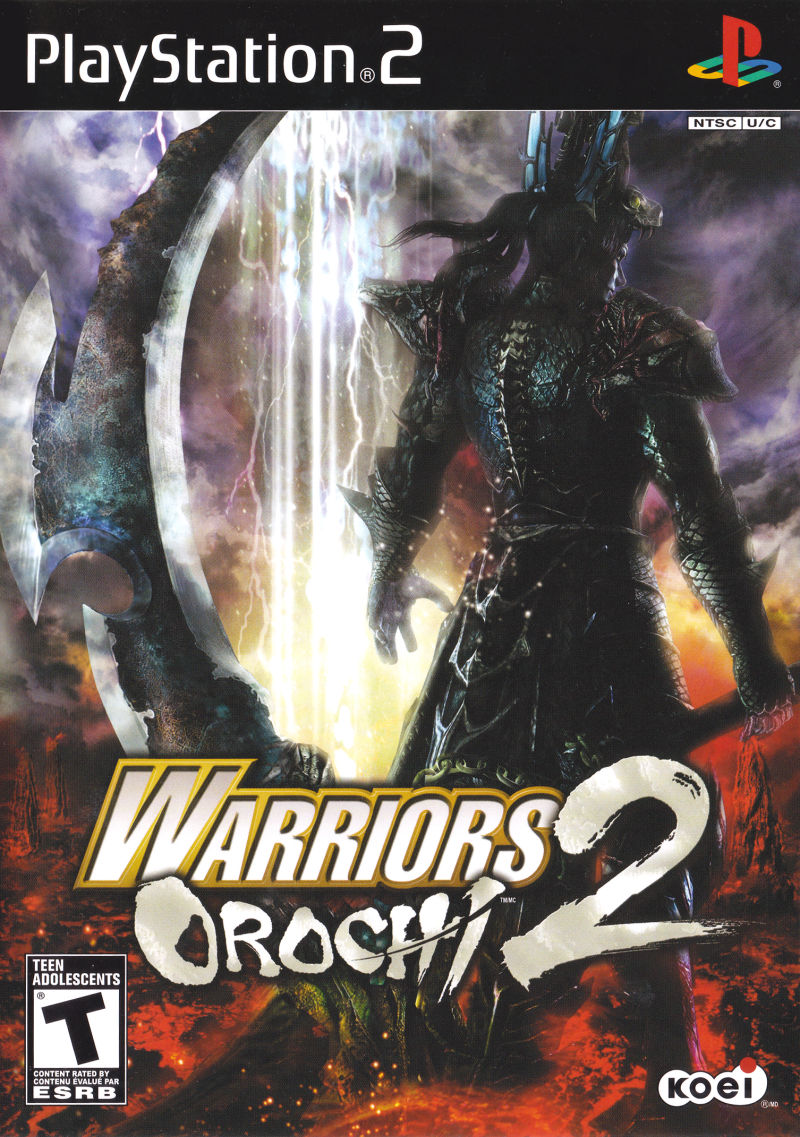 After many years it was finally time to jump into the second Warriors Orochi title. The first one had definitely been a lot of fun so I was eager to see how the sequel would respond. Once again this is definitely a great title. I do think there’s a bit more they could have done with the story to highlight the crossover aspect but on the whole you should be very satisfied here.

The game lets you choose between playing as the Dynasty Warrior series, Samurai, or Orochi. I went for Dynasty and it’s fun that the fire team gets to be the head fighters here. The Sun clan is always a fun team to get behind even if the leader Sun Jian doesn’t look his best this time. He is determined to keep the kingdom at peace so he doesn’t make a move against the new villains until he is effectively forced into doing so. Then he is ready for action but it all feels a bit late in the game.

With Orochi destroyed everyone is just trying to get used to living in this strange world since there appears to be no way back. Unfortunately peace isn’t something that will be maintained for long as Lu Bu has returned along with one of Orochi’s trusted followers and they intend to plunge the world into chaos once more. Meanwhile, a bunch of other villains from Samurai Warriors and Dynasty have decided to use the confusion to take over as well. It’s going to be a tough few days for the Sun clan but they have to take them all down without mercy.

The gameplay is pretty self explanatory but I’ll quickly run over it anyway. The goal of the level is to take down the enemy generals. You have to do this without letting your own men be destroyed. You have your standard attacks, power moves, and super attacks. Use them wisely as you take opponents down. As this is a hack n slash there are hundreds of opponents to defeat to the point where they are practically never ending. Never let yourself get distracted in any one area too long or your partners will die pretty quickly. I died in the first level but never after that. As long as you stay sharp you’ll be fine. It’s also worth noting that this is a rare game where you keep your EXP even when you lose a level. I was really glad to see that.

There are 8 levels in the game and on average you should complete them between 10-13 minutes. The levels feel fairly short but that’s because they are a lot of fun. Your attacking speed is a little on the slow side but you can call up your horse to move great distances when needed. Initially you’ll want to beat a lot of the minions to gain EXP but then in latter levels you can run straight for the enemy generals. Once I unlocked the 5 hit combo which burned my opponents I was definitely ready to go with a more aggressive strategy. This combo could even be used repeatedly if the opponent didn’t block the launcher move which would result in a lot of damage Without that move the levels would have certainly been a lot more difficult to navigate.

The graphics here definitely look good as expected. The character models are on point and the stages are suitably ominous. I like how everything looks, the game just has an epic feel from start to finish. It feels like a grand crossover and that’s exactly how this game is supposed to be. The character roster is also impressive although not surprising since the warrior games usually shine like this. The soundtrack is always very good. Optic Lines is the most memorable track (The name is at least something like that) but there are a lot of good tunes throughout.

Naturally there is a lot of replay value here. You can play the other story modes and really perfect your skills. Maxing out all of the characters is bound to take a lot of time as well since there are so many and level ups can take some time. I think I got my character to around Level 50 by the end though so that was a pretty reasonable jump. You’ll easily be able to find 20+ hours here by the time you do everything.

One unfortunate thing though was that in the end I beat Orochi before I could even see his little pre rendered cutscene. I had too many backed up by this point as I ran through the level so it wasn’t quite up to his I suppose. Unless he didn’t have one but I would be surprised since every other boss has one. It was definitely cool to see him there though. I’m wondering how Orochi 3 will handle the plot since I’m sure they don’t want to go for the same angle of him reviving again and yet it feels like that is what they will have to do. A lot of tough decisions there to be sure.

Overall, I am one step closer to being caught up with all of the Warrior Orochi games now. Orochi 2 was definitely a blast and I expect the rest will be as well. It’s a fairly simple/direct game so there isn’t much more to say on it. If you like the main Warrior games then of course you’ll like this one. The more you’ve played the other two series, the more you will really enjoy the unique interactions here as well. I’d like to see more interactions in future games but as it is, it was fun seeing the final boss of Samurai Warriors Katana show up here since I just beat that game the other day.