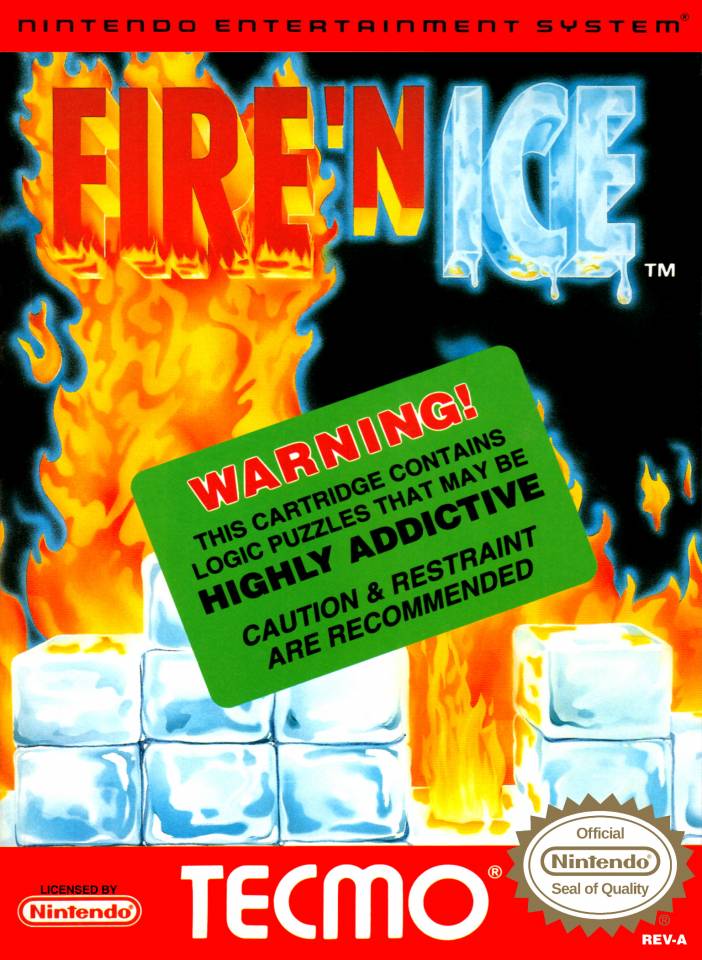 It’s always fun when the Nintendo Switch Online adds some more games to the service. It’s at a pretty slow feed at the moment but each new game tells a story. This one is apparently a prequel/sequel (Seems to be debates on this) to Solomon’s Key which is neat. I’m not sure why the name was changed for the American version. Needless to say the gameplay is pretty much the same as the original only this time there is an emphasis on a fire vs ice theme. This was pretty nice to see as those two elements are naturally polar opposites and work well against each other.

The game starts with the kingdom calling you in need of some services. Every capable warrior in the kingdom answers the summons but ultimately they choose a magician in training as their chosen fighter. You will have to use your magic scepter to conjure up ice blocks and vanquish the fire monsters in your path. Doing so will allow you to ascend to the next limit of your abilities. More importantly, it will keep the kingdom safe. That’s the general formula of the game. There are 9-10 worlds which each have 10 levels in them. Clearing them all will result in your clearing the game.

The controls are very simple. You can move from left to right and conjure up ice blocks that are one square down and to the left/right of you. You can also cause them to vanish. Additionally you can push individual ice cubes into the enemies in order to take them down. The goal of each level is to take down all of the fireballs. The initial levels are a walk in the park of course but then the difficulty really expands. I was able to beat all of the levels to the first two worlds with ease but world 3 got tricky. I beat around half of those levels and then settled for beating the first level of the remaining worlds. I didn’t go any farther than that.

The difficulty is certainly real and that means if you decide to play this game to the end you will really have to think each puzzle through. There are no easy answers here. You must have a great amount of determination and fire to get to the end. If you can pull this off then my hat’s definitely off to you. The fact that the controls are so simple is also what makes the game impressive because these puzzles are crafted really well in spite of this. It never feels unfair because you know the full extent of the controls from the start. There are no hidden secrets or anything. You just have to think things through rationally in order to proceed.

Graphically the game holds up well. I was happy to see that we had some real cutscenes here. I don’t believe the original game had anything like that so this was cool. Additionally the hub world is great. You have the tree from the Kirby games and the Power Star from Mario. It made you feel like this game was actually part of some secret crossover. The main villain also has a pretty decent design. Ultimately this game looks a whole lot more like a SNES title than a NES one so major kudos to the developers on this. The soundtrack is more on the bland side though. You may even forget it is there while playing through the game because of how subtle it is. That may be intentional but I’d like for the game to have had a little more pop personally.

It’s hard to say how long the game is since it heavily depends on how well you do at the puzzles. With roughly 100 puzzles in the game I went to say this should take you around 3-4 hors to clear the whole thing. If you do 1 world an hour then I guess it would be 10 which would also be very impressive to be sure. Most NES games can’t even come close to touching that level of time. I’m not always a big fan of puzzle games as I tend to have my qualms with the execution but I have nothing bad to say about this one’s. My only thing is it can be a bit repetitive and without a stronger plot it would be hard to incentivize me to play through the whole thing.

Overall, Fire n Ice is definitely a good game. With the entire game being focused on the puzzles it is possible that you could grow bored at some points through. It’s impassive the way the game was developed and the difficulty is legitimate, however you may find yourself just wanting something more by the end. Keeping yourself to 1 world a batch would probably be the easiest way to get through this. If you already have the Switch Online then this is a good title to add to your collection. You’ll be one step closer to having played all of the games on the collection. Hopefully soon we get either some bigger games (If there are any left) or we finally enter the next console. I think it’s about time Game Boy and Gamecube get to jump in.