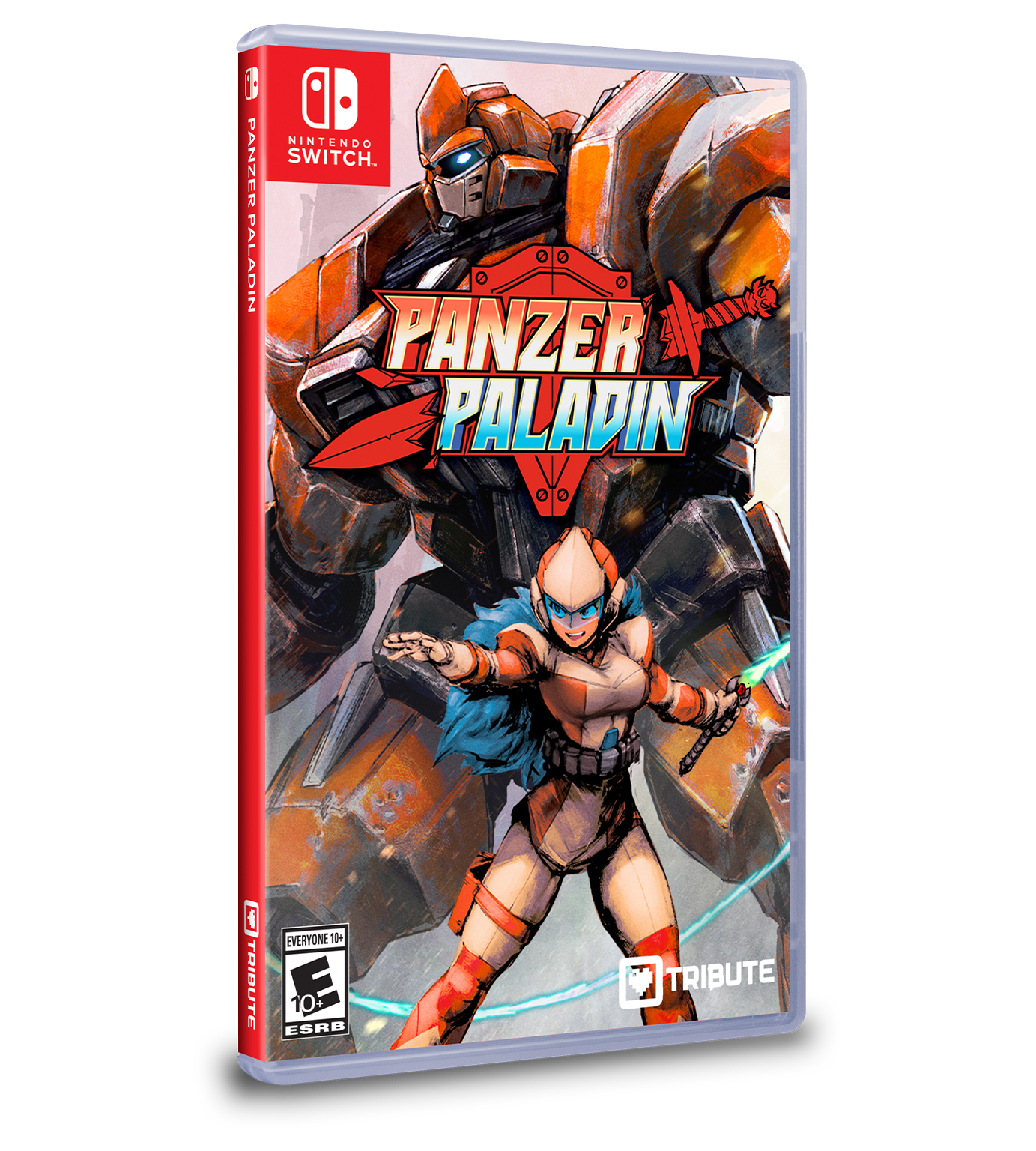 Limited Run has returned with their next big game. Panzer Paladin is a run adventure that feels a lot like the recent Blaster Master. It has a similar style of letting you control the machine and the human but the actual gameplay I’d say is more similar to Megaman Zero. It’s very smooth and you can really go at the enemies. There are a few other mechanics which also help this game to stand out.

The main character of the game is Flame. She is a robot who wasn’t built for war but is forced to quickly prepare for it as evil forces are running rampant on the world. The villains are all monsters and mythical figures from around the world such as Medusa, an evil Snowman, Baba Yaga, Lilith, and many more. Flame decides to suit up and stop them along with her Paladin machine. Faced with no other alternatives, the government agrees to this and sends her off. The characters all warn her that evil is quickly approaching so she must not be tempted but the heroine realizes there is little chance of that as she has a world to save.

The story here is pretty fun. The visuals are all rather intense and the sprite style is used really well. You have a very apocalyptic vibe to the whole thing and it feels like even if you do win, it will come at a great cost. These machines have ravaged most of the planet at this point. Then you have a mysterious Protoman type figure and he even gets a catchy tune similar to how a tune would play whenever Protoman would show up in the original Mega Man games. This definitely had to be a homage of some kind.

As for the gameplay, it introduces a few new twists as I mentioned. Lets start with the basics which is that this is a 2D platformer. You can run, jump, and swing your weapon as you go through the levels. The goal is to get to the end of the level where you will take out the boss. You can also jump out of your mech and into your pilot form. There is a few seconds where you are invincible when doing this so it’s certainly a good way to dodge some enemy attacks. There’s at least one boss where I think this is what you are supposed to do in order to block their attacks.

Then for your blades you can hold 4 of them at once. You can switch depending on what you need for the situations. Some collectibles are hidden behind a specific blade for example while others are under a different one. Then there is also the fact that each blade holds a special ability. For example, one may have “Attack up” as its ability. If you intentionally break your weapon, it will give you a status boost for a while. Additionally if you don’t want to break a sword, be careful how often you use it.

Each weapon has its own health bar which goes down whenever you land a hit on an enemy or destroy a block. When it goes all the way down the weapon will break but you won’t get the special ability that way. So if you want to use the ability then you need to make sure you break the weapon yourself or you’re going to be in some trouble.

A lot of times you will want to strategically switch your weapons out. For example, if you are already holding 4 swords and then pick up a 5th one it will be automatically taken to your inventory. So you want to hold 4 swords as long as possible. The reason is you can fuse swords in your inventory so that they power your mech up to the next level. Additionally once you have it maxed out, you can just store them for their special abilities.

One sword I was saving for the final boss because it would heal all of my health. It was the only sword like that I saw in the whole game. In the end I didn’t need it for the boss but it definitely felt good having it with me. It’s the kind of thing that just brings you a good amount of comfort.

The graphics are pretty solid. The sprite art style works really well as mentioned before. A good amount of effort was put into the game on this front. Meanwhile the soundtrack is definitely on point with a lot of fast paced Megaman type tunes. They’re catchy enough where you’ll want to look them up after completing the game.

I should mention the game seems to have more than one ending based on what decision you take. I wasn’t totally sure there was a decision at the time so I kept going as normal but in the end I still think the move makes sense. As long as you have a strong will, then taking this would only be an asset. I won’t spoil what the decision is though so you can have fun choosing your ending. That also should give some replay value in case you want to see what the other ending is like.

Overall, Panzer Paladin is definitely a fun game. It’s a platformer that holds up really well and has an engaging story. It’s a bit of a short title that you should complete in under 4 hours. There are a decent amount of levels after completing all of the story ones though. The various extra modes will help in terms of replay value. Gathering all of the awards definitely won’t be easy and will keep you going back to the levels. If you want a fun platformer to play through then this is the one to pick.