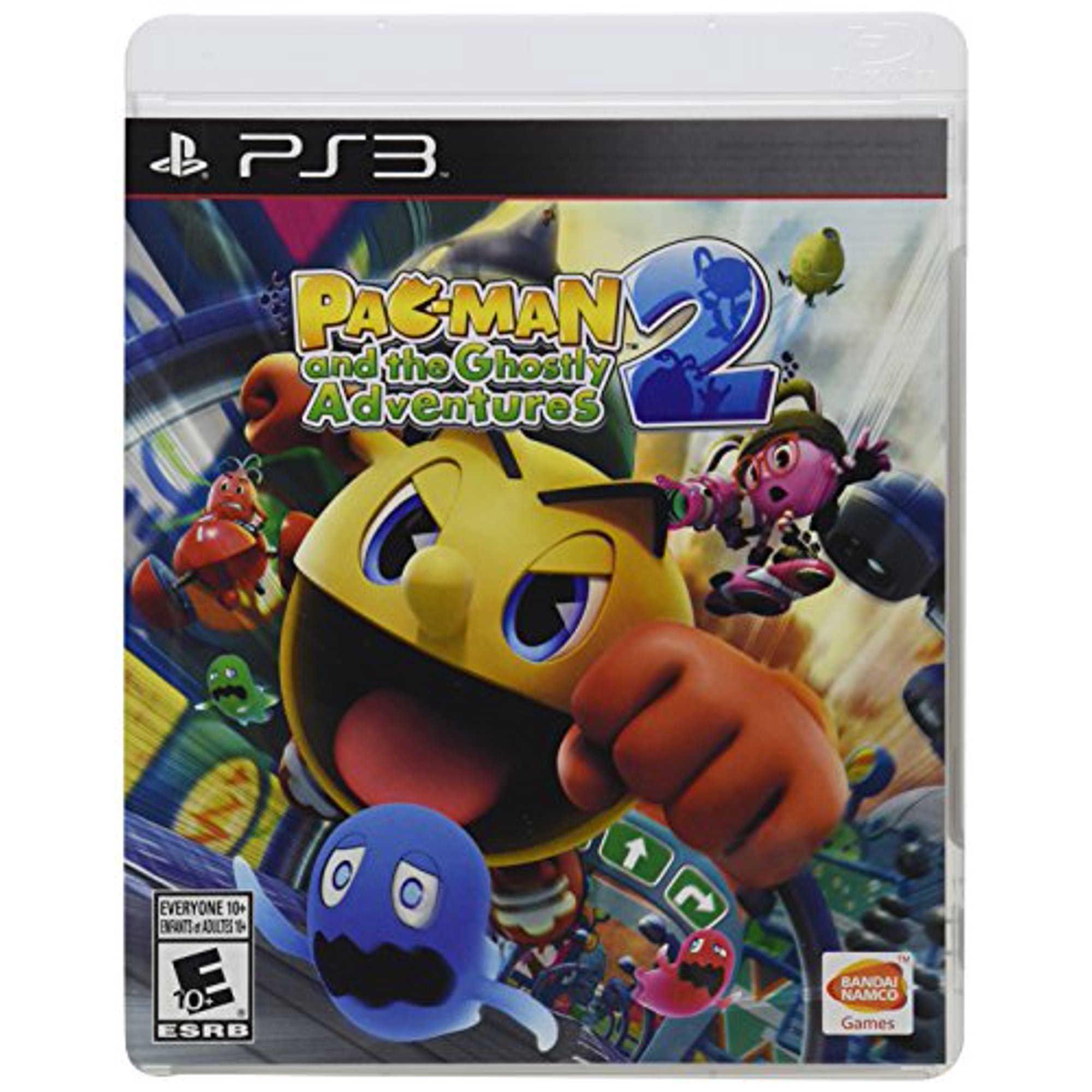 I had this game on my list for so many years before finally taking the plunge and buying it. The TV show wasn’t great to say the least but the series always had a lot of potential in video game format. How can you mess up a solid platformer experience right? In the end this one’s not great by any means and just goes through the motions but I would say it’s a smooth experience and a title you’ll want to check out.

The story starts with Betrayus plotting a whole new scheme. This time he really may take over the entire planet. Pac Man and his friends will have to try and take this guy down a few steps but when it turns out that Pac’s parents may be hostages that changes things. Pac will have to handle some fairly high stakes here and make difficult decisions but whether he makes the right ones remains to be seen.

The story’s definitely not going to be the selling point here. I mean it’s cool that the cutscenes are fully animated and all but at the same time it’s still going for the show’s vibe which is a comedy that’s not super funny. At times it can be just campy enough where it turns into being funny though. This may not be the proudest version of Pac Man for his fans but at least he’s a good kid at heart. If he was just a little smarter then things would have been easier for him. At least one credit you can give to the guy is that he’s always ready to jump into action.

There are 5 worlds here and each one has about 10 levels. Then you have challenge levels in most of the worlds and also a hub world where you can talk to people. So there’s a reasonable amount of gameplay here but I still wouldn’t call the game very long. I beat it in about 2 batches. Each level is bite sized so even though there are a lot of them, you shouldn’t have too much trouble here. At most the glitches might slow you down. I ran into level ending glitches 2-3 times where I was caught in an eternal death loop and just had to quit out. Another time I jumped far enough where I made it to the next checkpoint but I bypassed the power up I needed. So with no way to go forward or backwards I was just stuck.

I would say the gameplay is very smooth outside of the glitches though so you could say I just had a little case of bad luck here. The various power up forms do help to spice up the gameplay. I’m not a big fan of the magnetic form as I felt like it would just slow things down whenever it appeared but the rest are fun. The bosses all have actual strategies and unique features to them so those were handled well. You may even find yourself losing a life or two here and there.

You’re never in danger of a game over though as you accumulate lives faster than you can lose them. In that way I think the game was a little too generous. I’m sure it was aiming fairly young given how the story is but you could ramp up the game’s difficulty level just a bit if you ask me. The Platinum trophy looks easy to obtain though which I’m glad about. One day I see myself going back to this one to get that Platinum.

In terms of graphics I would say the game holds up well. It has a colorful atmosphere to it that just tends to age well. The character designs are good and the levels are on point. Then for the soundtrack it’s a bit limited but you’ll remember the songs from the show which is certainly nostalgic. The series really did well on a technical level, it just wasn’t able to ultimately seal the deal and that’s why it works better as a game. There is less to mess up you could say.

At the end of the day this is a fairly simple platformer and not one that you would buy over Mario and Sonic. That said, it is certainly a good game and if you can find it for a good price then it’s worth it. I’ll never forget seeing it compared to Mario Galaxy way back in the day. I wouldn’t say this one is quite as good and polished as Mario but it’s a platformer that should be able to hold its head high. Throw in a more engaging story and I dare say it could have really started to do some numbers. At the end of the day the story just wasn’t super engaging here.

Overall, Pac Man and the Ghostly Adventures is a period in time that is pretty much forgotten at this point. Now Pac has gone back to his roots with the World series and I don’t see the Ghostly Adventures ever playing much of a part again. I’m afraid that this era is probably completely over and technically that’s a good thing. It would have been nice if we could have gotten just one more game to end the saga though. That would have been enough to tie everything together instead of the loose ends. I suppose you can always imagine how it would have played out though.