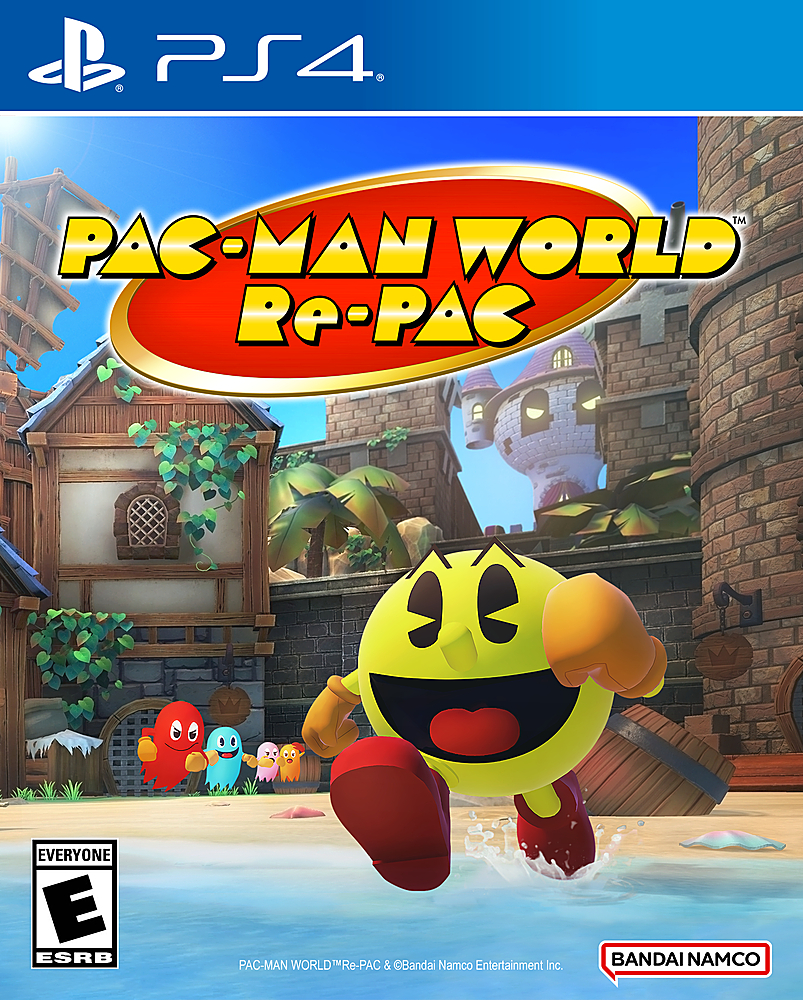 When I heard that Pac Man World was getting a remake I knew that I had to be there. Pac Man World 2 is still one of the best platformers on the block. It was a really memorable game with a whole lot going for it. Great level designs, a cool story, great characters, etc. Could the original World actually beat it? I had to know. Ultimately I would say World 2 still wins but this is a fun game. I’d even say it beats the two Ghostly Adventure games rather easily. The only thing holding it back is how short it is at under 3 hours. I know platformers tend to be more on the short side but this just felt excessive. There is bonus content to work on though.

The plot revolves around Toc-Man ordering the ghosts to kidnap Pac Man’s family. Pac Man is definitely not amused when he arrives home and decides to save all of them. No matter where they have been taken it will not be far enough to escape from Pac’s wrath. He will go to the end s of the Earth if that’s what it takes so Toc Man better watch out. Each world has a family member waiting to be saved. You technically don’t have to save them but it helps a lot for the final boss. In fact I only barely won on my final heart pieces so without having these guys at the ready I would have been doomed. It would have all been over for me.

I do think they nerfed the cutscenes from the original game though. After watching the original, it was just better in every way. Pac Man’s yell was just plain iconic and it showed how much the whole thing broke him. He was real upset at losing his family and the reaction made sense. Then you have the fact that everyone is talking normally in the original but then they changed it to random sounds in the remake. Definitely not a good decision imo. It’s not something that would hurt the game itself as you could only know that by seeing the original but it’s a really questionable decision.

Back to the levels though, the biggest aspect to any platformer is the gameplay. This is much more important than the story when you think about it. To an extent the gameplay is always the most important but to the degree of which that is true will differ from game to game. The levels are all really solid as I mentioned before. Maybe 1 or 2 of them will give you some trouble but for the most part you’ll be blasting through. If you want to grab all of the collectibles in a level then that will take you more time. So you either go the direct route to beat the game or you take all of the twists and turns as you try to 100% clear it. The game doesn’t try to force you to grab the collectibles which I think is always a good thing.

Your controls are fairly basic so you should have the hang of them right away. You can move, jump, ground pound, and do a dash. Between those moves it may sound easy but there’s still some good ways to really get good at it. You don’t use the dash too much compared to World 2 where I remember that being a big deal but everything has its moments. Of course you can also eat ghosts when a power pellet is around. This doesn’t happen too often but it’s always a cool attack to use.

That said, the story is still fun. Having Pac’s family get kidnapped is certainly an intense way to kick things off. This game’s got a happy tone to it of course so don’t expect things to get too crazy but it still works well. Then we have the big climactic battle at the end and you get to see if Pac-Man is holding a grudge or not. The ending’s humor definitely lands really well.

The soundtrack is also a lot of fun. The sound effects are all nostalgic and the stage themes have aged really well. The graphics are also really good here and a good amount of effort was put into the game on all sides. The story may be short but there’s a lot of replay value in trying to get the Platinum trophy as I mentioned earlier. That’s sure to keep you busy for a while. At the end of the day the game is a lot of fun and that’s always the objective of every title. Hopefully if this game does well enough they’ll make a brand new Pac Man game set in the World continuity. Surely there is still a whole lot you can do here.

While I wouldn’t say the game is hard on the whole, the final boss is surprisingly challenging so you don’t want to let your guard down around him. I came super close to losing him. It’s really hard to land your bounce attack without actually getting hit at the same time. So I ended up going for a lot of trades there. I don’t believe it was the optimal way to win but a win’s a win right? As long as you can claim victory then you should be all set.

The platinum doesn’t look very hard so I’ll definitely work on it at some point but it could be a little while before that happens. I’ll probably work on the easy trophies first and then go from there. I do tend to mainly grab the Platinum trophies from all of the platformers though so this would be another good one to add onto the list. After all, how long can it take to beat all of the levels again right? Probably not too long I’d expect but of course I could be underestimating the difficulty a bit. If there’s any trophy for beating the final boss without getting hit or something then I’d really be in trouble.

Overall, Pac Man World: Re Pac is a very fun game. It’s nostalgic to play through this adventure and I would recommend it to anyone that likes to play a very wholesome title. You will get to learn a lot of the fundamentals about platforming while also just enjoying the scenery. There’s not a whole lot to say about the game because it’s so straight forward but that’s also part of why it’s easy to recommend. It’s hard to see anyone disliking the game. You’re able to pick it up and just start playing at any time.