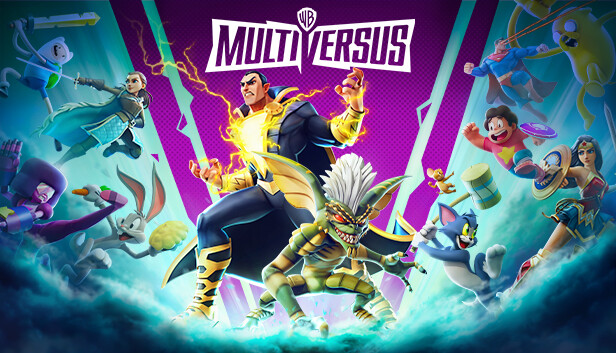 This game got a whole lot of hype when it was first announced. Finally someone was trying to make a true competitor to Super Smash Bros and it was a company that could actually keep up in terms of the big names. Lets face it, no platform fighter will ever beat Super Smash Bros but if you can get a game that’s at least at a high level on the PS4 and Xbox, then you can now get the money from those guys who don’t have a Switch. A lot of attempts have been made in the past but it’s fair to say that this is the best competitor.

So the game is in the free to play style which means that there will be a lot of updates as this will just keep on going from season to season. It can be tough to make time for a free to play game at times because you know in the back of your head that it never ends but this one is very user friendly. You can actually just pop in for 2-3 minutes a day to get your initial win bonus and then head out. You don’t have to spend any money to get all of the characters right now so it’s also a very good currency system.

How it works is you earn gold for leveling up your characters, your player level, and also for playing games. Every day you get 100 coins for your first win and after that it drops to more like 20. You can also give people toast after a match to grant them 20 coins and they can do the same for you. Each character is typically 2500-3000 coins with a rare exception being 1500 sometimes. At the time of this review I’ve unlocked around 5-6 characters but I’ve gotten to play as even more because they switch the character rotation every week. I thought that was a nice touch since it’s like you get a demo as the characters.

Additionally your progression saves which is really cool. So when you do unlock the character someday, you don’t have to start back at level 1 again. That would have been pretty annoying. There are several modes here like 1 on 1, 2 v 2, and free for all. I spend most of my time in 2 v 2 but I do a quick match against a bot to get my 100 coins for the first round. Right now I mainly just do the first match and call it a day but occasionally I’ll play a longer batch.

As this is a fighting game there is really no end to the replay value. There isn’t a real story mode or anything like that yet so this is all about the fighting. That’s why it’s good to have such big characters here because otherwise I think it’s difficult to survive only on the gameplay. The gameplay is really good of course but seeing the characters mix it up online is definitely where the real fun comes in.

The graphics aren’t quite at AAA level like Super Smash Bros but look pretty good for a free to play title. I don’t think the graphics here were really the main focus of the game and that makes sense because the gameplay is absolutely what you need to have on point if you want this to be the next big thing. The soundtrack is really fun though. I love hearing the DCAU Batman theme on his stage when it plays. I’m less familiar with some of the other series on here but having everyone bring in their respective tracks was a superb idea. The only stage that’s annoying is the music stage because they made the speakers so loud. I always have to lower the volume a few dials when this stage gets picked up.

Of course you’ve been waiting for the gameplay part. So right off the bat I can say that it is great, however it is still a full tier below Super Smash Bros. There are no grabs or blocking here so everyone is always attacking 100% of the time. It reminds me of Super Smash Bros 64 where the hit stun is really big so you can land a ton of really crazy combos. There is a ton of lag online so at times you feel like you are warping around. It’s super rare to see lag on any game that isn’t Nintendo so that took me by surprise.

There isn’t a lot of talking in the 2 v2 battles but in 1 vs 1 it’s great to hear the characters banter and say their signature lines. There are even some character specific dialogue options that appear when two characters fight each other like Superman and Batman. The combos feel very satisfying to land and the hit stun for each blow is a big reason as to why. A lot of the other Smash clones couldn’t quite get this across which is why they didn’t work as well if you ask me. You want to feel the power behind each hit and that’s exactly what this game pulls off.

They can probably improve the game even further without changing any of the actual gameplay elements by finetuning some of the hitboxes. Overall I’m very satisfied though. Each match is a lot of fun and it’s great to see all of these character here. I’m sure there are still limits on who they can add but if the game can just get a few more big shot guest stars then that would be fantastic. In the meantime I’ll keep building my coins up. As a free to play player it’s going to be a very long time before I have all of the characters anyway so I’ll be ready.

I like all of the customizations here like putting on your own badge for people to see and the stats that it tracks. I think it’s a big mistake not to capture total play time though. I’m always curious to see that but the stats here are a bit limited. Maybe later on they’ll add some more but I’d be really curious to see how long I’ve been playing by the end. I know it’s definitely been many hours by this point.

Overall, MultiVersus really succeeds at being a true platform fighter that’s unique and does its own thing. There are no items, no final smashes, and not even any real stage hazards. The character roster is strong in its own right and should continue to get even better as the seasons go on. With the amount of players it has I’m sure that it won’t be in any danger any time soon of going away. Makes it easier to spend a lot of time on it since you feel like you’re in a good place doing so. Likewise if you do want to spend some money on the game. The beginner’s pack is not a bad deal as it unlocks all of the characters for you. It’s $40 so it really feels like you’re buying the game at that point and then you go free to play from there. It’s really a tempting offer but in the end I didn’t go for it yet. Meanwhile you should get the Platinum trophy for this one naturally after playing a lot of rounds. None of the trophies are unreasonable, they’re just meant to be a little time consuming.