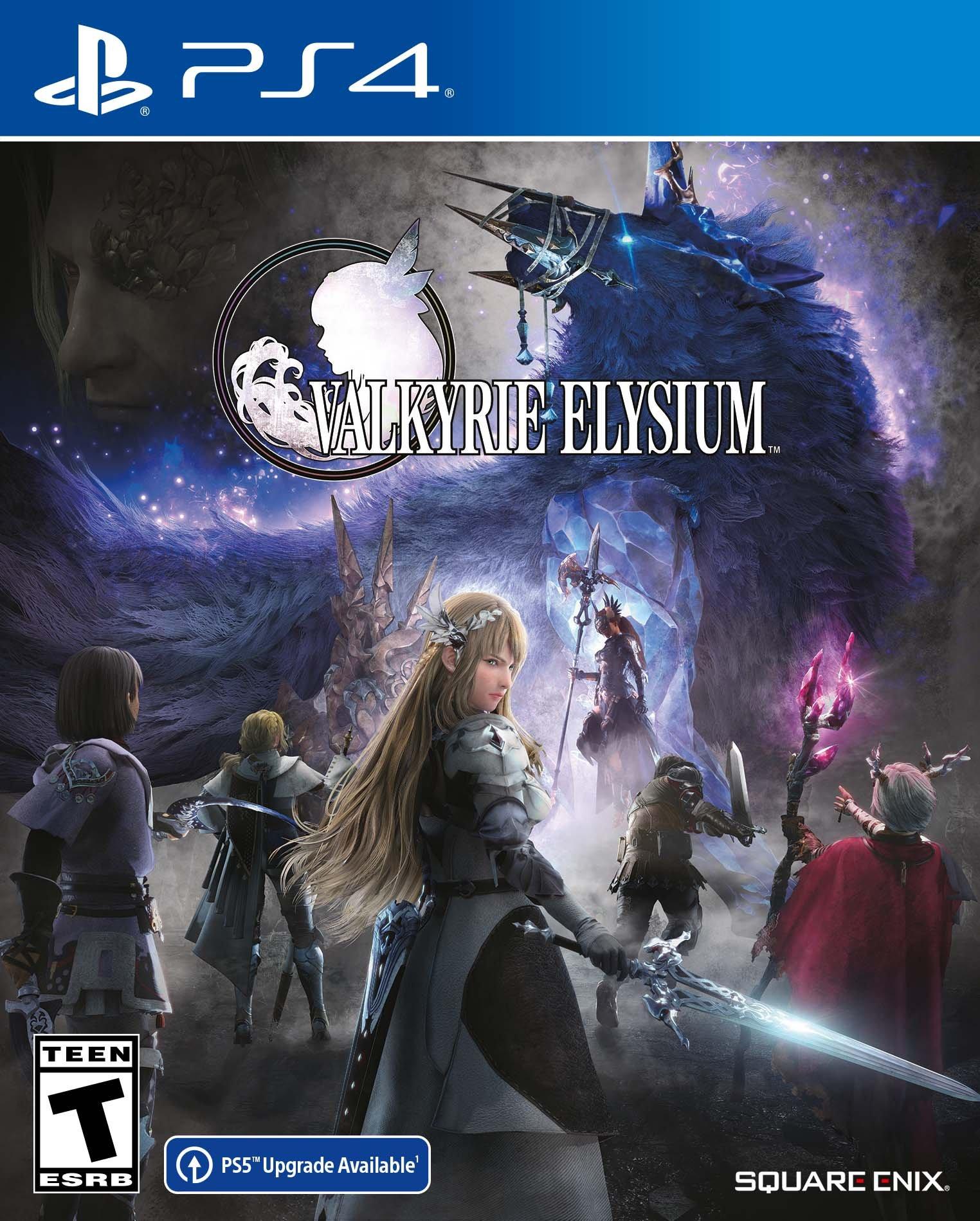 I remember when the first trailer for this game came out I knew that I had to get it. It looked like a really fun 3D action game with a cool plot and everything. Something just out of the blue that had a super amount of potential. Well, I got it day 1 and it was a lot of fun. I do think it could have maybe been a bit longer to really go into the tory here but all in all it was still a quality title. I could see myself going back to grab some more trophies at some point and the battle system was crafted well.

The story starts with the game introducing you to the Valkyrie Nora who is sworn to fight under the command of Odin. Odin and Fenrir had a powerful battle that nearly reduced the planet to ashes and both of them sustained absolutely massive damage. Fenrir is now returning and Odin fears that he will need to move quickly to regain the advantage. He tells Nora to go and cleanse as many souls as she can since each one will power Odin up. Additionally she needs to find the 4 artifacts of power and as a bonus, destroy Fenrir if she can. This is a really tall order but Nora will do her best.

Right from the start you can see how Odin is rather shady and he keeps on throwing more and more tasks at Nora. When he mentions that she needs to destroy Fenrir as well you can see how crazy this is. If Odin himself couldn’t defeat her, then what hope does a Valkyrie have? He gives us a trusty rope that can in theory take Fenrir down but that’s still not a whole lot to truly change the tide of battle. At best it’s a confidence booster I suppose but you still feel like that could never possibly be enough.

Fortunately Nora meets with lost souls along the way that she uses to aid her in battle. By the end of the game she has 4 souls who help her and they each try to get Nora to act more like a human. Initially Nora is virtually emotionless and just following orders but as the game goes on she starts to question things more and also show more empathy. So the character arc here is pretty solid. Nora even gets emotional to the point where she has an outburst by the end but fortunately apologizes for it.

The way the gameplay works is it’s a 3D fighter where you attack with your sword mainly. You can eventually switch weapons as well but there aren’t a ton of them and I mainly stuck with the sword since it handles so well. You can summon one of your 4 fighters for 30 seconds which then changes your weapon to that character’s element. You can summon all 4 of course and keep summoning them but they all take up some of your energy meter. When it runs out then you can no longer summon anybody so keep that in mind.

It’s actually possible to get completely stuck in the tutorial as a result since you need them to get past one of the obstacles but there is no way to replenish energy in the tutorial. It was a rather odd oversight from the devs that I fell for but it was interesting all the same. Part of the strategy in the game is constantly changing your element to deal with the enemies in front of you. Additionally you can also equip up to 4 spells and use them to back you up with the various elements. I personally would have 1 heal, fire, thunder, and holy as my 4 spells. It’s easy to switch though so feel free to experiment.

Aside from combat you can also level up your character’s stats and the weapon itself. They all use the same energy currency so choose wisely. Typically I would upgrade the character and my weapons were purely a backup option. I figure having Nora as powerful as possible was always the best bet here. I feel like the game isn’t super easy to just pick up and play because of how much is going on but it does feel good once you’ve got the whole system down. You’ll be seamlessly transitioning from opponent to opponent.

That said, the final boss is still super tough though and gave me a real tough run for my money. For a minute there I thought I was going to have to go back and train but fortunately I was able to just barely clutch it out. I didn’t run from a single enemy in the game so I like to think that I was at exactly the level the devs intended me to be at for the final boss. The challenge is real but it feels fair and I do think that I could have mastered the mechanics a bit more to make things easier. I sort of learned it to the bare minimum needed to beat the game.

The game felt a little shorter than I expected though. Not saying it’s super short but you can likely beat it in under 10 hours. Each chapter tends to be around 30 minutes or less and there are less than 20 chapters in the game. So just keep plugging away and you’ll be at the end in no time. There are trophies that you can obtain to help with the replay value though and a lot of side missions and such. So there’s still a lot to do here including getting the true ending. Now this I’m not positive about since I haven’t looked it up but the way the game ends just feels a bit odd so I suspect that I needed to do more side missions. I was certainly taken by surprise though so it was effective if this was the game’s intent.

As a main character Nora is solid enough. She doesn’t have much of a personality for most of it but that’s part of the point really. Her evil counterpart Hilde is more interesting but also more annoying because she refuses to say much of anything. What good is it to know a lot of secrets and taunt Nora about being a pawn when you won’t fill her in? I thought Hilde handled the whole situation quite poorly and was really not all that smart. For all her tough talk, she was being manipulated just as much as Nora.

As for Fenrir and Odin, I thought the game did a good job of showing them as two sides of the same coin. They both really just want absolute power to dominate the masses and show what they’ve got. Neither one of them are heroes in the slightest and in fact you could just call them villains straight up. It would certainly be accurate which is part of why the ending is a bit funny. They don’t even disguise their sinister intentions the whole time either. They just do what they want when they want and can get away with it since they’re so powerful.

Overall, Valkyrie: Elysium is a pretty good game. It may have been a bit different than I was expecting in terms of length but I was still satisfied and would be interested in a sequel. I do think it’ll end up being a game that is largely forgotten to time though as it doesn’t do anything to really stand out in a genre that is brimming with tons of games at this point. The story is fun and all though so they should just keep on going with it and eventually this will be a home run hit!