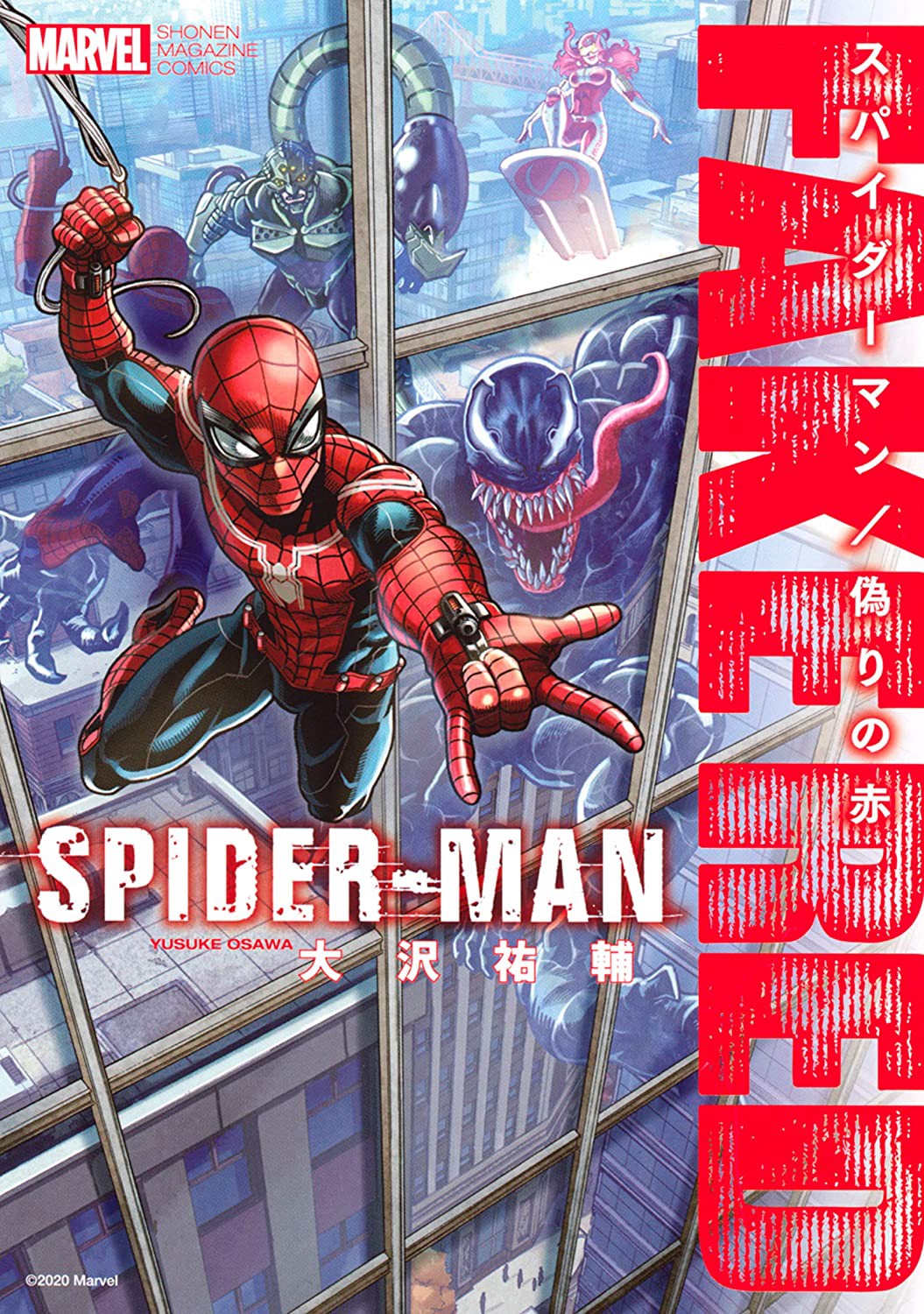 When this Spider-Man manga first came out I was pretty pumped. The premise was interesting and the artwork was solid. It had all the makings of being the next big hit and possibly the definitive comic book manga adaption. Unfortunately this one got cancelled pretty early. The author managed to wrap up all of the loose ends so that there is no cliffhanger here but you wish this could have gone on longer. Well, it definitely works as a solid one shot so I would definitely recommend checking it out if you’re looking for a solid action title.

The story starts with Yu having a pretty tough time of things. He doesn’t have any friends at school and he’s also not very brave. When someone is literally getting bullied and beaten in front of him Yu chooses to look the other way. It’s just how he’s always lived his life. He skips school to practice his mountain climbing as well but is too afraid to talk to his classmate/mountain climbing expert Emma. One day he finds Spider-Man’s costume in the trash. Spider-Man has been missing for a while now and the costume appears authentic. Yu ends up putting on the costume for fun but is quickly mistaken as the genuine article.

As “Spider-Man” Yu’s life is really changing. He is finally able to hang out with Emma, get caught up on his studies, and most of all Yu finally feels like his life is great now. There is really only one problem here…he has no super powers. When fighters like Jackpot and Slik show up, will Yu really be able to stand strong and help defend the city or will he escape as soon as things get tough? Additionally we have the mystery of what exactly happened to Spider-Man.

This may just be one volume but it does feel like quite a lot happens. We get a few chapters solely for Peter Parker as we find out what happened to him even if Yu is still the lead overall. I think fans of Peter will be very satisfied with his portrayal here. He is really shown to be the ultimate hero throughout the adventure. He makes all of the right moves but of course the Parker luck continues to drag him down. Whenever he saves someone, it seems like he has to sacrifice something from his life. The guy really can’t catch a break and naturally Jonah gets involved as well.

Mary Jane and Aunt May don’t get to appear much here but it was nice to see how they were handling his disappearance as well. As for Yu, well he’s a decent main character I’d say but not one of the better ones. It’s hard to look past the opening scene where he literally lets someone get completely beaten up just so he can stay safe. That was really rough. From there he does his best to act like a hero though. He’s a bit over the top with how awkward he is around Emma though. By the end of the series Yu has done a good job of being a hero in his own right. He may still not really have many friends and will take some time getting back into the school routine, but at least things are looking good for him.

Emma is a fun heroine though. She’s got a nice sense of humor and is pretty dedicated to her craft. She’s apparently quite well known in the mountain climbing circuit due to her efforts while also maintaining high grades in school and having a ton of friends. Emma is even nice enough to watch out for Yu even though they barely know each other and she helps him out when he’s in a jam. Emma’s final scene also cements her as a quality character as she continues helping out even when nobody knows it.

Silk acting as Spider-Man’s main ally here was a pretty interesting call from the manga. She’s not the first person you would think of but it’s good for variety. In this series they apparently met early on and have been like family for a long time now. Silk’s shown to be a very dependable fighter with solid reflexes. Her ability to read waves and energy signatures is cool and the opening fight with Venom was intense. The battle is fairly short but does quickly introduce Venom as a powerful adversary while also showing how well Silk fights. If Silk was always like this I dare say she would be the best heroine in the Spidey-verse.

Naturally we have Venom as one of the big villains and he looks great. His design is absolutely on point and the guy fights like a true monster. He’s not someone you really want to have to deal with that’s for sure. Especially as the series gets some pages in full color you have some really dynamic moments. Other villains pop up as well such as Scorpion, Jackpot and the mysterious mastermind behind all of this. Scorpion leaves less of an impact than Venom but he also looked good here. His design was on point and the guy radiates power. As for the mastermind, he’s a bit whiny but a decent villain I suppose. Jackpot’s definitely more of a troll than the other two but a very dangerous one with all the lives she puts at risk when they panic.

The artwork is really top notch here. There is a ton of attention to detail in each page. The character designs are air tight and the battle scenes really flow well. Near the end of the series we get a big group fight and you can feel the intensity. The Venom battles are also intense with a lot of property damage in the background. I would easily say it’s the best artwork for a comic adaption I’ve seen in manga. This could hold its own with any mainstream manga title in this regard. the art seems like it’s styled on the 90’s-early 2000s look for Spider-Man and it suits him well.

Fake Red balances out the action with solid character development and interactions throughout. The pacing is very solid and each chapter is over in the blink of an eye. It’s definitely a real shame that this story could not have continued longer. I suppose it just wasn’t to be. Perhaps someday the author will get to do some kind of sequel story though. I feel like we could have Peter as being the full lead again though since Yu’s plot really feels over and done with. There is clearly a whole lot you could do with a story about Peter dealing with the fallout from his disappearance though and then from there just introducing a lot of new villains and even some more heroes. 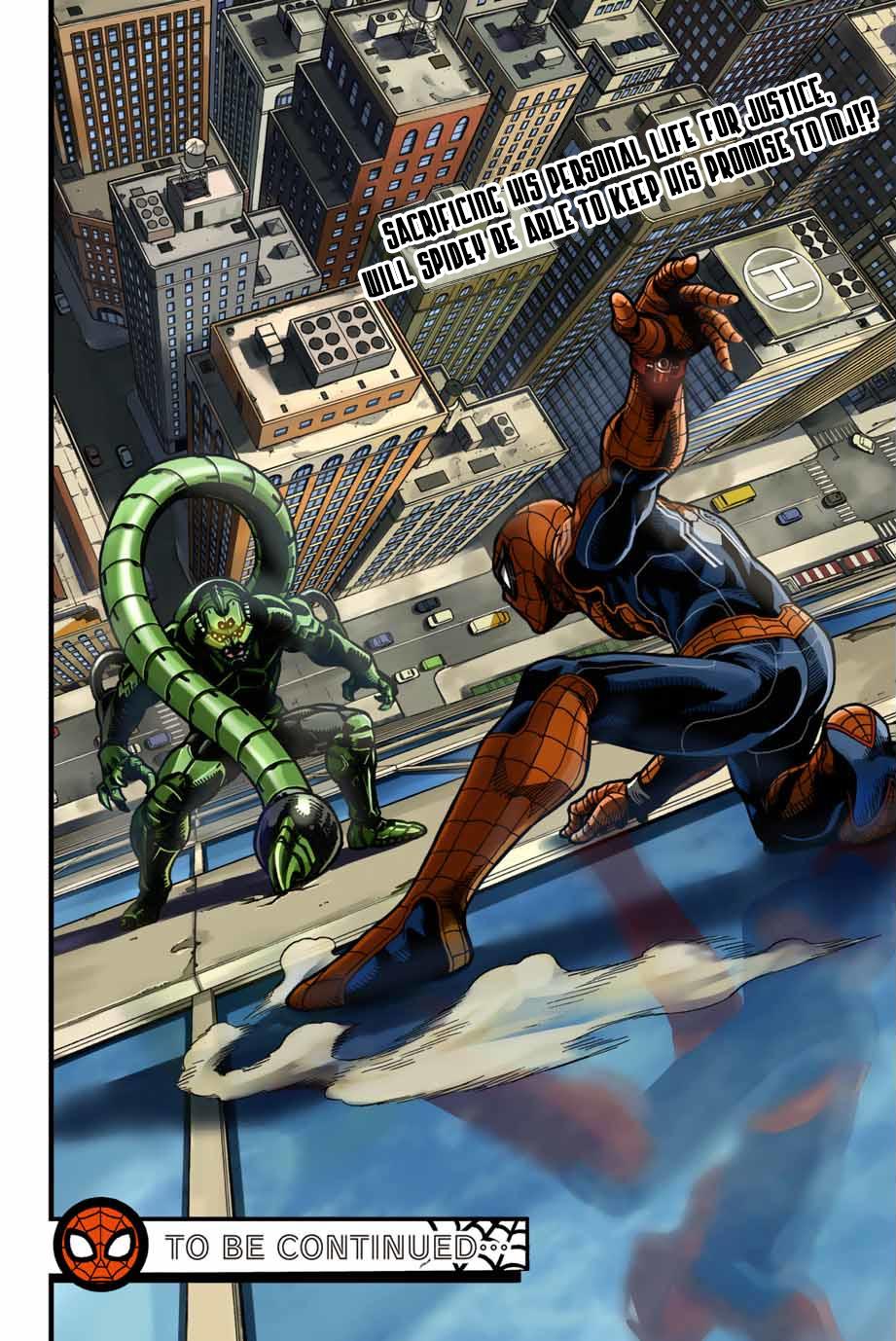 Overall, Fake Red is a really solid volume. It succeeds thoroughly at being an impressive hero story. There’s a lot of different plots going around that all get wrapped up by the end. All of the characters get their moments to shine. I would say the art is part of what rises this story to the next level but the writing is also on point. It just makes for an easy and fun read. I basically got to read through it twice as I prepped for the review to make sure I remembered everything. If you haven’t checked this one out yet then I’d definitely recommend giving it a read. 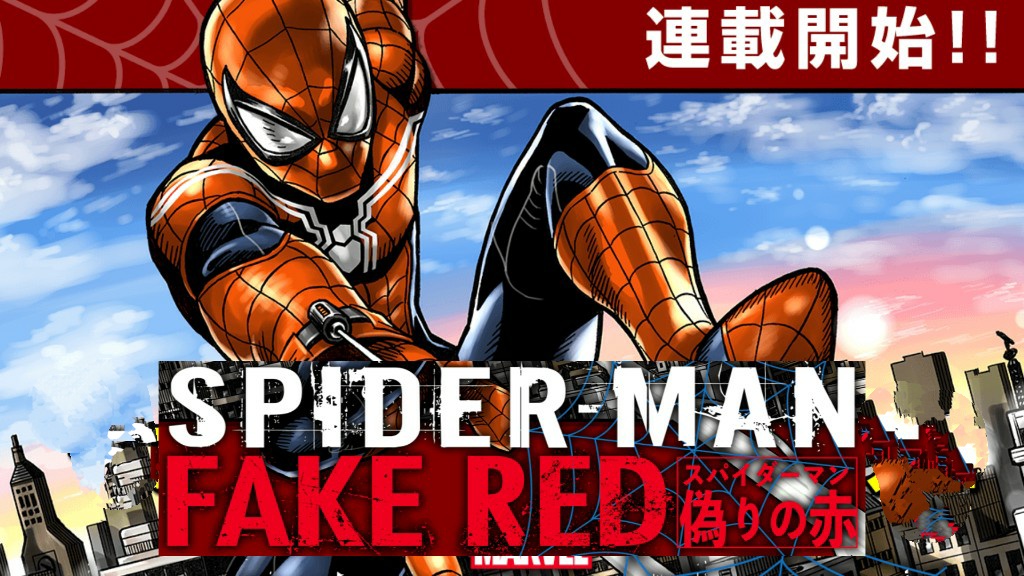 This Spider-Man series is off to a solid start. The general premise of Spider-Man vanishing and someone having to take over for him is pretty interesting. I look forward to seeing where it goes and hopefully the series lasts for a long while. I’ll have a review up for it when the series finishes.