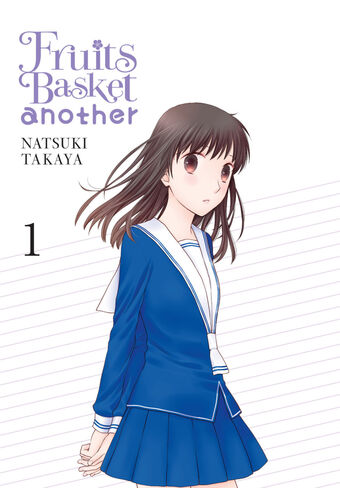 It’s time to look at a recent Fruits Basket spin-off that ended without  a whole lot fanfare. I dare say that a lot of fans of the main series wouldn’t have really heard about this unless they’re were looking for it. It was all very low key which matches the tone of the series as it is a very down to Earth slice of life story. There aren’t any big plots here or a large cast of characters to deal with. It’s a nice enough title but one where not much really seems to happen.

The series follows a girl named Sawa who has a pretty tough home situation. Her mother is always sabotaging her relationships with friends and uses a lot of passive aggressive behavior to keep Sawa from going outside or doing much of anything outside of school. Saw a now believes that she is a bother to everyone. Right now she feels completely trapped but that all begins to change when she bumps into two of the most popular kids in school. They help get her out of trouble and even get her to join the student council. Sawa finally has some friends and activities to do outside of the house for the first time. Can she manage to keep these new friends or will the Mom defeat them as she did all the others?

This is one of those sequels that really has nothing to do with the original title. Outside of the fact that it’s in the same universe and you get a cameo here and there, there is nothing really connecting the two. This could easily have just been a one shot if the author had wished it to be. These kinds of sequels are interesting in the sense that I have mixed feelings on them. On one hand, I like the boldness of not relying on the old characters. Particularly in a slice of life series like this it makes sense to expand the universe with more characters to add some more depth to the place. I also like when it’s a standalone sequel because then I can compare it to the original. Look at Yugioh, that’s the mindset behind that franchise. At the same time, as fun as those sequels are I’ll always still vote for a sequel with a lot of the old characters as the most fun way to do it.

Sawa is definitely not as tough a main character as Tohru which is surprising to say the least since the old heroine wasn’t exactly known for her toughness. Sawa spends most of the series getting pushed around and constantly apologizing. A good portion of this is due to how she was raised. Sawa believes that she is always bringing bad luck to people and that she gets in everyone’s way. Since this is what she has always believed it is difficult to get her out of this mind set. Still, her new friends have made it their mission to do so. By the end of the series Sawa has definitely improved to an extent although she is not quite there yet.

I don’t believe the series was cancelled although the ending makes you feel like it was. The title only has 3 volumes and it just suddenly ends. Most if not all of the plotlines were still going and Sawa’s character arc hadn’t even ended yet. It’s definitely a pretty bold ending but one that you can appreciate. I suppose the author was trying to go for a more realistic angle than the usual everyone turning good at the end kind of thing. By the end Sawa’s Mom still seems like she will be an antagonist and that’s just how things will be for a while.

The best character in the series is definitely Sora. She’s one of the more outgoing members of the Sohma family and is quick to get Sawa’s spirits back up. Sora is very charismatic and can always turn a situation around. She doesn’t see to have any fears or be reluctant to meet new people unlike most of her colleagues. Whenever Sawa was down she always knew that Sora could be counted on and that’s always important. On the other end of the spectrum you’ve got Riku who isn’t particularly great at dealing with people. He can give good advice at times, but it’s rather blunt and so you can only make use of the knowledge if you have a strong character. Otherwise you just wouldn’t have the nerve to pull his plans off. I wasn’t a big fan of his. He’s pretty similar to one of the original Sohma members from the first series and I wasn’t a big fan of that guy either.

Shiki gets a pretty big role in the series. He is the new head of the Sohmas after all or at least in the process of fully going into the role. He’s younger than most of the other members and is fairly emotionless most of the time. He seems like a reasonable kid who does his best to fit in. Unfortunately Shiki does get roped into a romance plot with Sawa towards the end though. I think the series could have gone pretty well without such a pairing. The romance comes in rather late and as the series is only 3 volumes there is absolutely nowhere for this plot to go. Keeping them as friends would have still made for a good dynamic with Sawa still worrying that she caused him too much grief and Shiki trying to get her to realize that he’s over it. He’s definitely not the kind of character who would hold what Sawa’s mother did against her. They are different people after all.

Time to take a look at Mutsuki. He’s one of the main guys in the series and gets a rather large role. He surprisingly has more similarities with Kyo than Yuki at times. While he has Yuki’s positive reputation and is a genius he tends to play the villain like Kyo to get Sawa to realize things. Mutsuki is always one step ahead of the other characters with only Hajime being able to realize his end games half the time. Mutsuki is a solid character. There isn’t a whole lot to him despite the guy always appearing throughout the series, but there isn’t really anything bad about him either. The guy does a good job in his position at school and always tries to seer everyone the right way. Hajime is a little more oblivious as he tends to just lie down in random places which causes people to step on him. He doesn’t really take things like that too personally though and just likes to live freely. He watches out for Mutsuki making sure that the other guy doesn’t take too many things on. For the most part he is fine being a spectator though and just watches over everyone.

We’ve got a pretty solid cast here. The series is more of a slice of life than anything else so there aren’t a bunch of villains or anything like that. The only antagonist here would be the Mom. I do think her confrontations with Sawa can be a bit odd at times though. Half of the time she’s being so passive aggressive that it’s almost hard to read the actual threats. Sawa also never even tries to talk back or explain the situation from her point of view. We can infer that she used to try and since it never worked she gave up but I feel like Sawa needed to be more active. All of their confrontations boil down to her Mom saying a bunch of stuff which Sawa just accepts and then she leaves. It’s never an actual conversation. Sawa also gets surprised when she sees the Mom going through her stuff at one point, but I feel like that’s something she would have already known was going on. She didn’t know the truth about her old friends though so she may have just been a bit oblivious on these things.

The only ones who could really stand up to the Mom were the Sohmas. We find out that she sued them at one point, but they didn’t fold which is good. Having the Sohma family lose to her would have been a pretty odd decision since the whole point of the family is that they’re all rich and don’t bend over so easily. They’ve got a ton of influence even if they no longer have evil members at the ready. 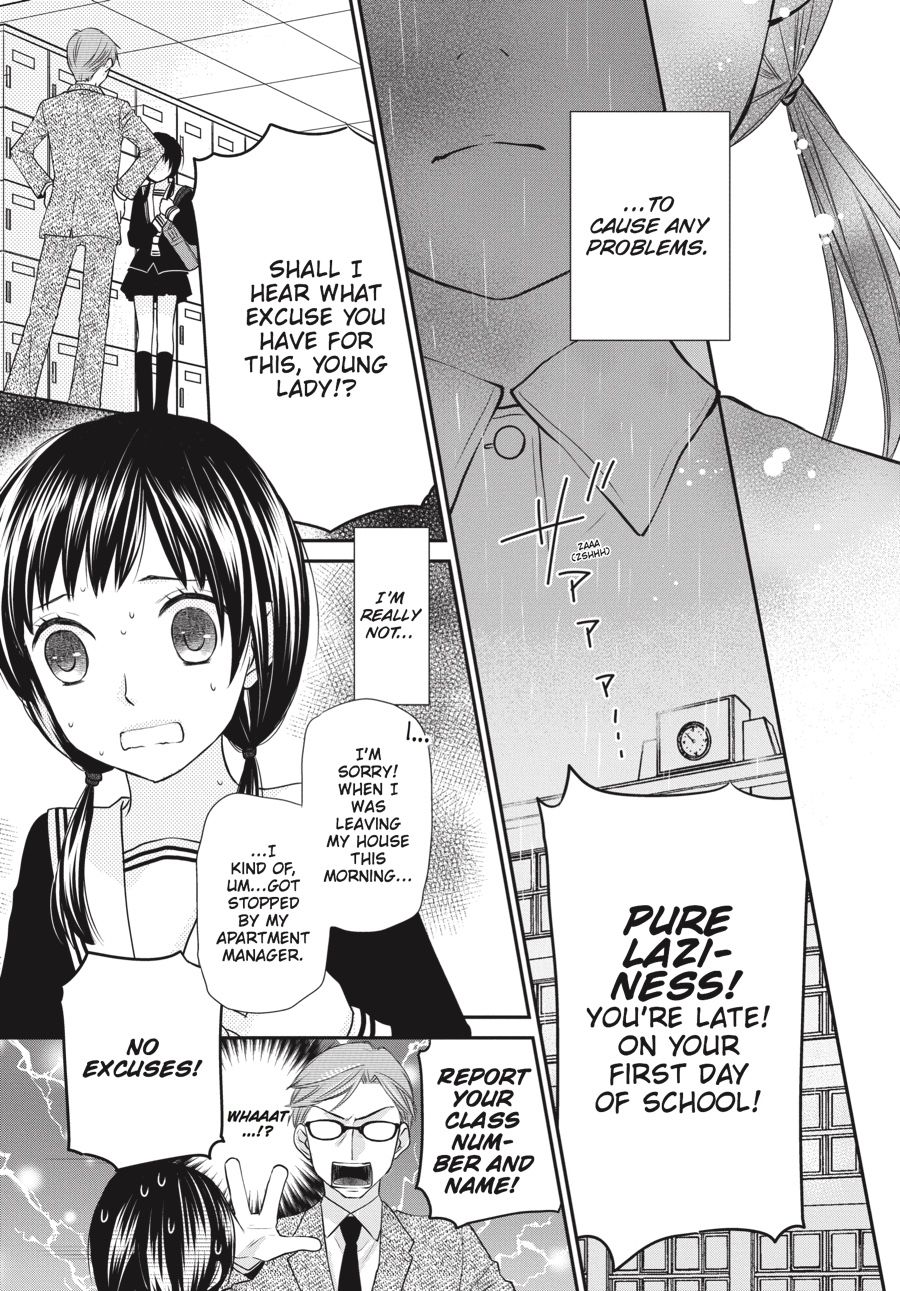 Overall, Fruits Basket Another is a pretty reasonable sequel to the original series. I didn’t like the original when I first read it, but that was a long time ago so I need to give it a second look someday. I did enjoy the recent anime adaption of it after all. Another definitely isn’t as high stakes as the first series and has to condense everything into 3 volumes, but the writing is pretty solid. Aside from the Sawa vs Mom scenes which still didn’t feel real to me and the rushed romance I had no real qualms with the title. The school was a lot more realistic than some with no crazy bullies around every corner. The Sohma family looked pretty solid and it’s just nice to see the franchise back even if the old characters didn’t really show up this time. If you want to read a fun slice of life story about a girl escaping her toxic home and finally making friends then this is the one for you. It’s a pretty upbeat story.

Fruits Basket wasn’t that good if you ask me, but it was fairly decent I suppose. The romance had too much focus put on it if you ask me, but this series is taking it slowly and enjoying the slice of life aspect so far so that’s a good thing. This series has potential and hopefully it can live up to it. I’ll have a review for this series when it finishes…someday!