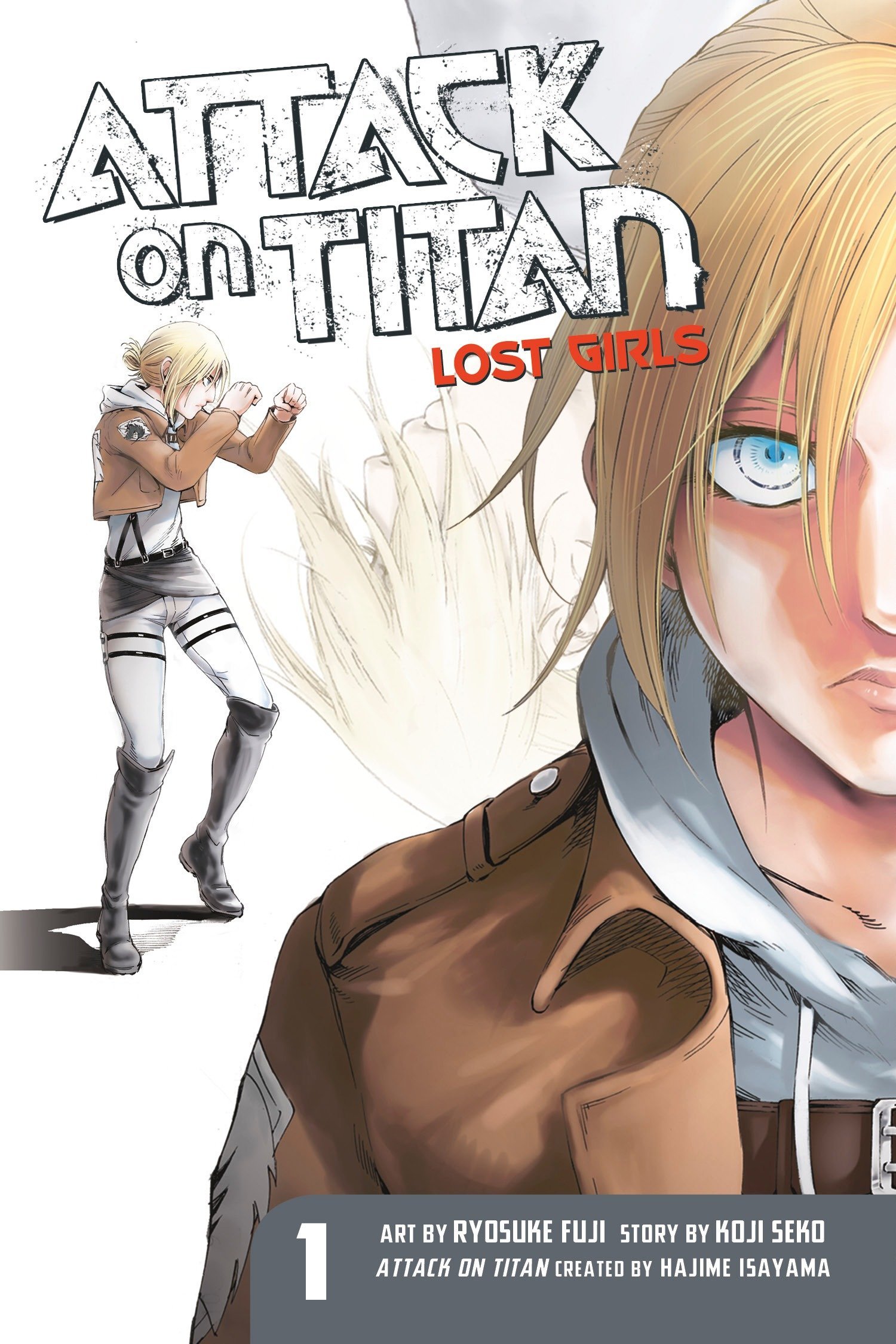 It’s time to look at an Attack on Titan manga spinoff. I remember reading the light novel for this a while back so it’s interesting to revisit it in manga format. It seems to be a pretty faithful adaption, at the very least I couldn’t really see anything big that was removed or changed. Each of the girls gets one volume with Annie’s being a pretty big mystery while Mikasa remembers the good ole days. It’s a fun enough story that completely obliterates the actual manga and reminds me that the series is always at its best when there are no actual titans around. Yes, it’s pretty ironic, but it is what it is.

In Annie’s story she is preparing for her big showdown with the Survey corps. In a sense it’s her last day before her whole life is shaken upside down. She was planning on using the day to meditate and dwell on what’s going to happen, but then her roommate asks her for a favor. Well…”asking” may be putting it politely. In the novel it’s downright blackmail while here it’s basically the same thing even if maybe it’s more implied than stated. Since Annie needed someone to cover for her the next day when she was out on her master plan this girl wanted her to cover for her right now. See, this girl was put in charge of finding a lost girl, but decided not to bother with it. It’s been days, but someone’s got to take the mission on and at least give a fake speech to the person who gave out the request that they tried. Annie figures this will be a bother, but decides she may as well do it since it’ll give her something to do in the meantime. This mystery won’t be easy to solve though.

Keep in mind that everyone in Attack on Titan is pretty corrupt, especially the military police. As a result it’s hard for Annie to actually get any info through legitimate means so she has to go to bars and beat people up to get the answers. Everyone’s pretty suspect so you don’t feel bad for the various people she beats up. They all seem like criminals and would destroy her without a second thought. Annie is very capable so eventually she gets through the mystery and figures out what happens. It’s fun to see the series taking a stab at a mystery and it did a good job. It’s not easy to figure out the mystery so you may connect the dots along with Annie rather than jumping ahead.

I also liked that the guy who gave the mission seemed pretty intelligent. Usually these guys seem to be really slow on the uptake, but he did a full psycho analysis of Annie the moment she stepped into the room. That was certainly impressive. Then the actual missing girl also seemed pretty smart which was a nice dynamic. We’ve got enough drunk bar guys as it is so it’s a good change of pace to have some other characters who can think ahead. The only part of the story that may make you wonder a bit is the climax involving a titan shift. The shifts are incredibly loud and bright so I feel like there’s no way you can get away with doing that and not having people ask a lot of questions. It’s the only part that would make this seem to be non-canon as otherwise everything works pretty well. I suppose you could also explain this away by saying that Annie has enough control to lower the glow/intensity which isn’t really all that far fetched.

The other story for Mikasa isn’t quite as exciting. That’s likely because it’s a flashback story. We get to see how she and Eren first met up. Naturally this doesn’t cover the part with her parents getting bumped off since that was already covered in the show. Eren already seems a bit unstable and obsessive here which is an accurate depiction of him. He’s certainly one of the most ambitious shounen leads of all time with how his character arc goes so it’s always fun to see a bit of his early days as well. The issue is that there isn’t much to do. We see them hang out a lot, we get some foreshadowing with the human traffickers running around, and Eren gets beaten up for his political views. The story’s a little more mean spirited than the first one as it’s dark throughout. I don’t know if it’s meant to be dark, but you feel the tension throughout since you know that things aren’t going to end well.

The story also makes Mikasa’s parents look pretty bad since they definitely should have left the house after they knew people were lurking around. The mother was sick, but then tell Eren’s father or something. You need to have some kind of backup so you can escape because otherwise they were all doomed. They just really didn’t think ahead here. The scene of Eren getting beaten up by the adults is also pretty intense and not a fun scene. It’s literally full grown adults badly beating up a kid to the point where he was severely injured for a while. At this point we already get how the city is super corrupt, no need to beat it into us. (pun intended) Things don’t end well for them though since karma also tends to hit like a truck in this series. Characters who do bad stuff rarely get a happy ending, the cycle of violence tends to get everyone.

Finally there’s a 2-3 page story with both characters I guess so their stories could link up a bit. Mikasa basically takes issue with Annie’s ring blade since she feels like it could hurt Eren so there are a lot of veiled threats in the conversation. I’d definitely take Mikasa in a human fight between them, but in a no holds barred battle Annie would naturally win. Of course it would completely blow her plan so in a sense Mikasa could at least take a consolation victory there.

The artwork looks pretty good. It’s a little smoother than the main series art. I wouldn’t call it top level or anything, but it certainly holds its own pretty well and makes for a pretty easy read. The fight scenes have a lot of pop behind them with the art which is always a key fundamental to have. It really helps the whole manga rise up an extra notch as well. The writing is also pretty good which is definitely important no matter what kind of manga you are. This one does a good job with that. 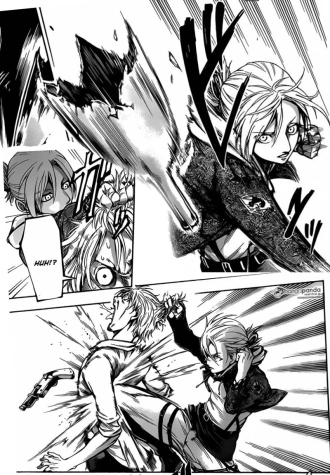 Overall, Lost Girls is an interesting spinoff. Annie’s story definitely destroys Mikasa’s though. I don’t think we really need to learn too much more about her origins since the manga already covered that pretty well. It could have worked better if things worked out more for the heroes but with everything already being grim I don’t think this story really added to anything. Both stories are pretty self contained so you could probably enjoy them even without reading the main series. That being said, you’ll naturally get more out of it if you already know the characters. I’d recommend picking this one up, it’s a good enough story to add to the verse.