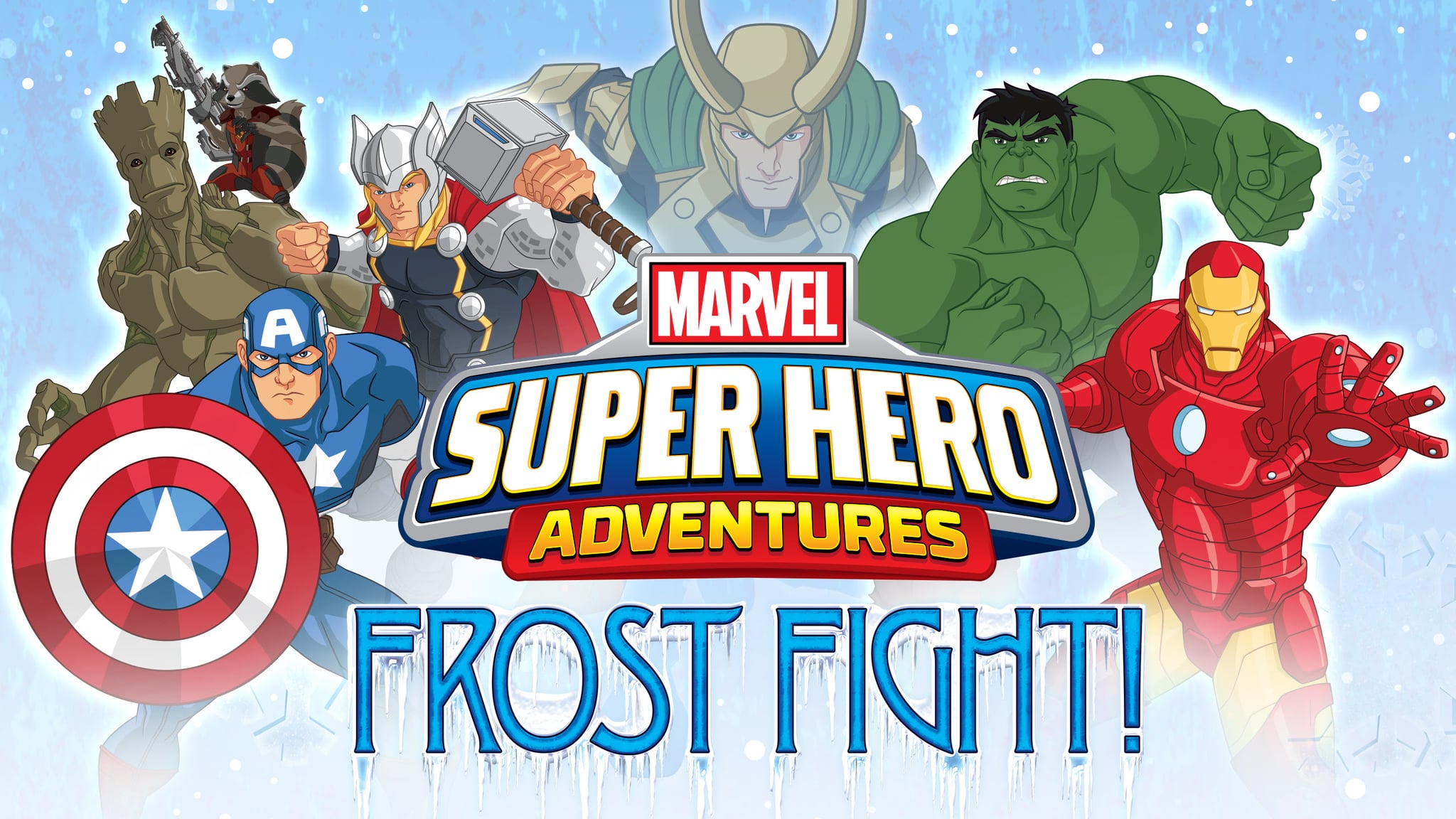 It’s time to look at a pretty obscure Marvel film. I didn’t really know about this one although in my defense I lost touch with the animated adventures during this time period. They didn’t really get a lot of promotion and would just appear out of nowhere. It really feels like a quick two part event from the Avengers show so it’s reasonably fun. That being said, it’s naturally not going to be remembered as a great title or anything. You likely won’t remember it for very long and that is probably the intention anyway. It’s not really a problem, it’s just trying to give us a good Christmas adventure and succeeds in that.

Loki and Ymir have decided to team up to freeze the world with the casket of infinite winters. The Avengers foil their plans so they decide to seek out Santa Claus. It turns out that Santa is actually an incredibly powerful being so if they can absorb his abilities they will be unstoppable. Loki puts a huge bounty on Santa so he can find out where the guy is and begins searching. Meanwhile not all of the Avengers believe that this is a serious threat. Captain America is really the only one taking it seriously, but Iron Man decides to go along just to rain on the parade. Captain Marvel and Reptil go as well so now the team is ready for action. The locals may not be too thrilled to have these heroes running around though. Meanwhile Rocket and Groot are after the bounty on Santa so they are heading here as well. Are they ready to try and bag such a powerful entity?

Right away you do have to keep in mind that the special is only taking itself half seriously. Ymir gets beat up by ice attacks and the heroes can barely stop bickering long enough to do anything. They have difficulty with random Elves and the fact that Ymir is taking hits from Thor, Hulk, and Ms. Marvel but getting hurt by Captain America should tell you all you need to know about the power scaling here. It is nonexistent so there are a ton of power level issues here throughout the special. It would be hard to not notice them so just be aware that they are around the whole time.

The main concern here is just whether or not the special is fun. I’d say that it is. We do get some reasonable action scenes. The whole thing is a little lower budget than the average adventure with stills and less animation in general, but there are fun fights anyway. I liked Loki’s super speed blitz against the Avengers as he just totally wrecked them. The fight with Ymir isn’t bad either even if he doesn’t score any hits so it’s like the heroes are battling with an immovable object. Santa went down like a chump though so that was a little unfortunate for his fans.

Unfortunately this special continues the trope of having Hulk one up Thor the whole time. Even when the Black Hole goes up they all have to grab onto Hulk to stay on the ground. They all resisted this of course, but it did make Hulk look like the strongest once again. His subplot with Thor about pretending to be Santa was okay at best, but not nearly as enjoyable as the main plot. I feel bad for all the kids who wanted a present, but had to watch Hulk chuck it into the ocean. Why is his aim so bad?

As for the main plot, the Elves are incredibly stubborn about wanting to do things on their own. Even after losing over and over again they keep trying to attack the Avengers and miss the entire point of trying to protect Santa. All they’re doing by fighting the heroes is thinning out their own ranks. It’s not like they’re going to win this fight and by this point they already knew about Loki and Ymir. Surely they have better things to do than picking more fights right? It can be endearing in a way, but still hard not to shake your head whenever they start talking tough again.

Iron Man is at his best here with how obviously anti-Santa he is. His origin story of why he doesn’t believe in the guy was also suitably emotional. In the real world he would be right about Santa not being real, but in a world where aliens and giant monsters show up every week I feel like Santa’s not a huge stretch. Bringing up the common dilemam of how he could visit every kid in a single night is a good counter though. Him bringing that up right away was a good move. Meanwhile Cap didn’t necessarily believe, but he knew that Loki did so he wanted to be there. Cap’s plan was logical, but man those two don’t get along here at all. There are constant insults and subtle burns thrown at each other. It makes for a fun dynamic even if the team doesn’t have their usual unity.

As for Reptil, he’s really just here so we can have a newbie on the team. He’s constantly getting shown up by the others and really can’t keep up. The whole thing about him believing in Santa so the elves trust him is nice, but that’s all Reptil’s got going for him. I like that he has Pit’s voice actor, but otherwise I’d be fine if he was cut from the special. Captain Marvel’s role is also small, but at least she can fight. She gets in good energy blasts during all of the fights although she does seem a little nerfed here since she isn’t treated as one of the big guns.

Overall, Frost Fight is a reasonable special. It goes through the motions and pretty much delivers on everything you would expect from a special like this. I’d have liked for there to have been more action, but what we got was reasonable. The music isn’t bad and I’d be up for more specials like this. Hopefully next time the villain won’t be quite as broken as Loki though so we can get a nice back and forth fight without the power levels going crazy. With that speed Loki should have completely crushed everyone. If you like the Avengers then I’d recommend watching this special. If you haven’t seen the Avengers yet then I’d recommend starting with Ultimate Avengers instead.