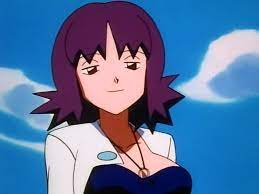 Professor Ivy makes her debut fight. She’s not much of a fighter and would get beaten by Ash pretty quickly. He has a lot of pokemon at his disposal and can take many opponents down. Ash rises up the ranks yet again with this win and will be back shortly. Professor Ivy may have lost her debut fight, but one day she may return. Ash wins.