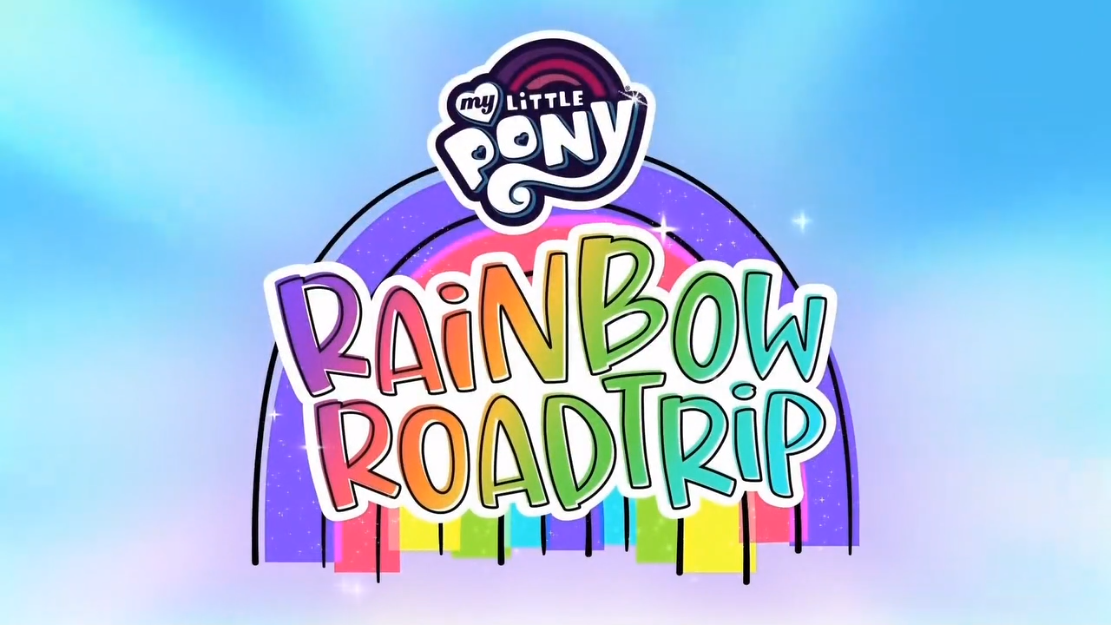 It’s time for the latest look at the MLP series. This special throws in the movie type animation which is a nice twist. It’s a good way to keep the fans satisfied as we await the rest of the final season. It’s a pretty fun special that gives each of the main characters a nice role while reminding us that there is always time for friendship. I would have liked a good fight scene though.

The special starts with the Mane 6 getting ready to leave Ponyville as they have been invited to a Rainbow event and Dash will be the guest of honor. However, when the heroes arrive at this town everything appears to be off. None of the events are as advertised and nobody wants to talk to them. The town has had its color drained away and have lost their happiness. Twilight and the others decide to introduce friendship to this town as they get this festival going. Can they really bring the color back!?

The special is definitely pretty solid so I’ll address the only weak point right off the bat. From the premise you are initially expecting some kind of villain here. After all, it’s not like the color left on its own right? Unfortunately the special does not take that route. There are no action scenes in this special nor is there a real villain. Sure, this series isn’t really about that but throwing in a villain would have been great even if she would have been doomed to turn good by the end. In a lot of ways this special feels like a redo of the Starlight Glimmer episode only without a lot of the best parts. Of course this doesn’t really hurt the score since it’s more of a “what if” than anything else, but it would have been pretty cool to have gotten a little more intensity in here.

All of the Mane 6 look pretty good. I’d say that Applejack and Rainbow Dash were the most dependable members of the crew though. Applejack really got the townsfolk to believe in themselves while Rainbow Dash inspired confidence in her fan club. They actively helped bring the color back into the town which was important. They also took the situation in stride pretty well. Twilight Sparkle tried using her science to secure a win here, but at the end of the day this task proved a little too difficult for her on her own. Together with the others she was ultimately able to succeed though.

Pinkie Pie probably looks the worst from the main characters though. She was almost mean with how she was knocking the old couple’s apricot pies. She has to realize that part of the problem here is that without being able to see color the apricots are all going to look the same. Then you’ve also got the issue with the neighbor being the only one with the good fruits. The resolution here is definitely a little on the cheesy side. It’s a decent subplot, but one where Pinkie Pie didn’t help quite as much as she could have.

Rainbow’s subplot is pretty good. The kids definitely mean well and did a good job of making the unofficial fanclub. It’s really one of the only parts of the town that was actually real even if they were short on members. The main plot involves one of the ponies blaming himself for what happened. I can see why though since he really did mess up here. There is a twist about this though so it’s not 100% his fault. He really just needed more confidence in general.

As I mentioned the animation is definitely pretty good here. The character models are on point and in general this style just makes every pony feel a lot more authentic. This style just fills out the characters a lot better than the old flash style could. Meanwhile we do get a big song at the end which is good. I wouldn’t say that it’s one of the strongest songs in MLP or anything like that but it’s always good to have a song regardless.

There isn’t much to say about the special in general because the whole thing is pretty straight forward, but it’s good at what it does. The writing is on point so even if the whole situation seems rather mild it makes for a pretty interesting special. You’ll definitely be on board right away and there’s no part of the special that drags on which is always important. It’s just a fun experience even if it may not leave much of an impression after you’ve finished it.

Overall, Rainbow Roadtrip is definitely a special that I would recommend to all big MLP fans. It definitely feels like one of the old episodes where you didn’t have to worry about supporting characters so the original 6 get all of the screen time. As good as the supporting characters are, it’s always good to be able to focus on the originals once in a while. There’s nothing to really dislike about the special and I hope to see more like this one in the future.