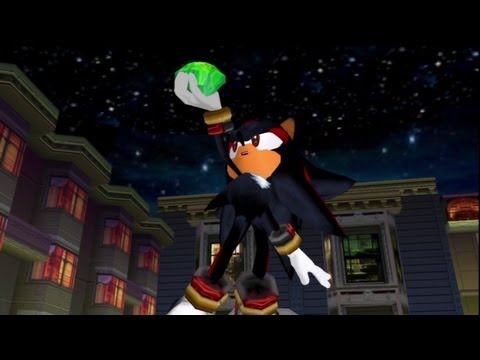 I’ve played over 900 games in my lifetime and I’ve cleared over 750 of them. There are a ton of great titles with amazing cutscenes so how can you ever go about picking the best one? Well, this actually wasn’t as tough as you might have expected it to be. Some true highlights over the years have been cutscenes like Sonic saving Nintendo from Tabuu, Custom Robo’s legendary opening cutscene, Sonic Riders had an awesome intro, etc. There have been a lot of amazing cutscenes, but none have quite hit home the way that Shadow’s intro did. I’ve seen this cutscene countless times over the years and it only gets better and better with each additional watch. Here’s 5 reasons why made such an impact. I’ve also linked the cutscene below.

Adventure 2 Battle is widely known as the greatest Sonic game of all time and it’s hard to dispute that. I would even consider it to be a top 5 game although it does depend on if we roll the Super Smash Bros titles into one. Sonic DX started what is now known as the golden era of Sonic which basically ended with Sonic 2006 leading the series to a bright conclusion. Then we got the reboot era where the plots took 100 steps back and the series has never really gone back to the heights it used to be in. Sonic Forces was an admirable attempt and one of the best Sonic games in a very long time, but we need a proper all star like this game.

Shadow’s mere appearance brought in a lot of drama and excitement. Finally Sonic would need to fight someone who was just as fast, if not faster than himself. Shadow had a lot of amazing abilities at his disposal like Chaos Control and also had a lot of mystery in his origin. The characters even mistook him for Sonic so it’s even possible that he’s the same color and the cutscenes just made him black so we could distinguish the characters when they met up. The stakes had never been this real before.

Shadow’s theme “Throw It All Away” perfectly fits the tone here and makes the cutscene 100x more epic. Seeing Sonic piece together what just happened while Shadow makes a grand speech about the chaos emeralds is excellent. The music also feels like something out of DBZ or a futuristic type game and that worked well due to Adventure 2 Battle still being the fanciest Sonic game to date. I still say that this game has the best look and feel to it in the whole franchise. I could go on and on about how great the game is, but I suppose we should focus on the cutscene. 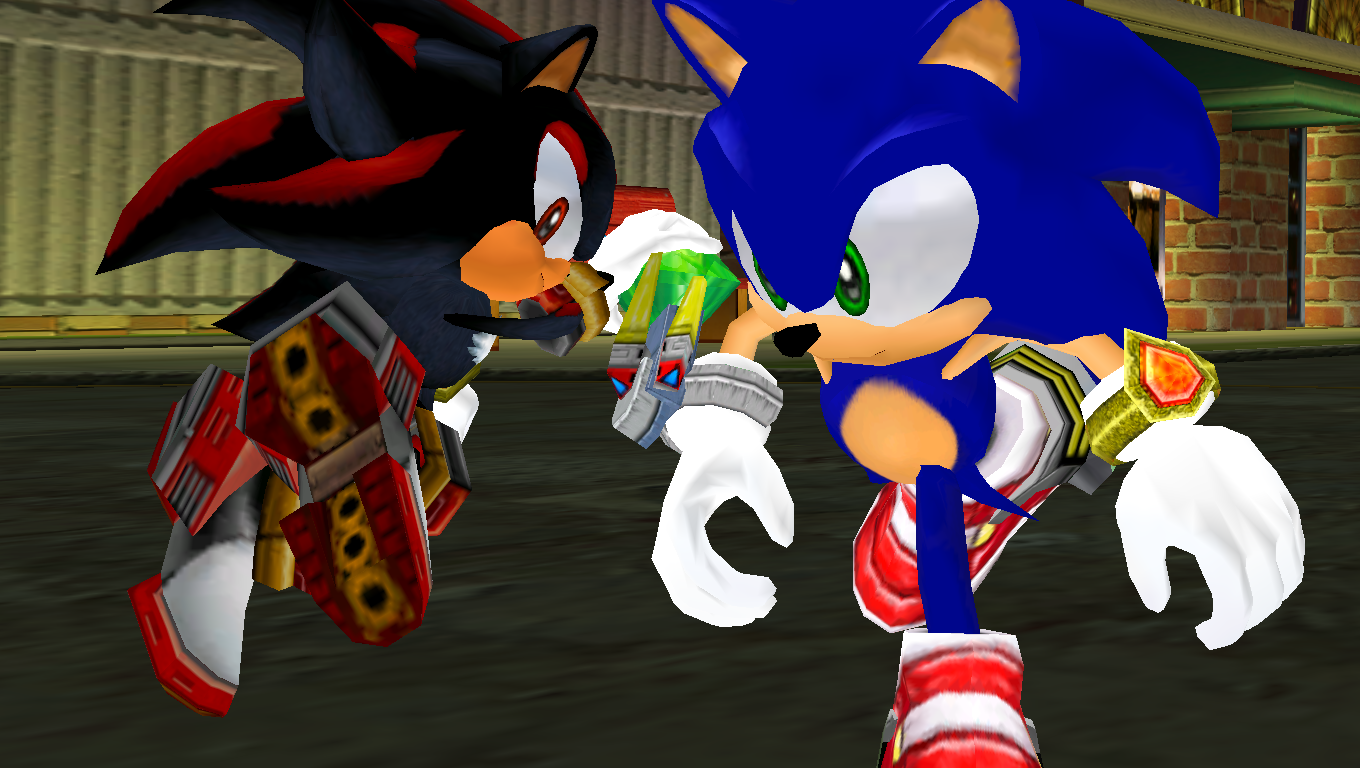 This is a big one because Sonic is used to being the fastest guy alive. Unlike the Flash who gets outsped in every season of his own show, Sonic never really has that issue. If you count toon force and gameplay mechanics Eggman gets away at times but there’s never been a character who was truly faster than him until now with the exception of Metal Sonic who effectively is a robotic version of the character. This cemented Shadow as quite the threat and this also took Sonic out of the driver’s seat. For the first time he was facing an enemy that he possibly couldn’t defeat on his own.

4. The return of the Chaos Emeralds

After Sonic DX I’m sure that people weren’t expecting these emeralds to appear so soon. They were really a big deal back in the day as you can tell from Sonic’s reaction. These things have a lot of destructive power and in the hands of a villain like Shadow it could spell doom for the entire city and even the world. It’s Sonic’s version of the Dragon Balls and they have always helped escalate the game to new heights. Their mere appearance also hinted that we would see Super Sonic again which is always a treat.

This one is very important because it’s one of the reasons why I’m a huge Sonic fan. He is shocked at first, but quickly gathers his bearings and approaches Shadow. At this point a lot of main characters would have just been too shocked to do anything or they would have wasted a lot of time talking. Sonic knows that Shadow is a criminal who is basically holding a nuke and runs in. He’s also able to react to Shadow’s Chaos Control which is super impressive since such a teleport is basically instant. I dare say that this scene already shows that Sonic was FTL by this point. Then of course the army shows up and while Sonic could escape he basically just lets them take him by this point so as not to cause further damage. Sonic’s just one of the ultimate heroes and still one of the best video game characters of all time. His character is really shown quite well throughout this era as well as in the Wii storybook games.

There you have it, this cutscene is just amazing. It may only be around 1 minute, but it manages to fit in so much content here. This was the breakout moment for the Sonic series. As I mentioned, DX did start this path but this exact moment is when Sonic jumped from being a great franchise to being one of the all time best. If you don’t count crossover series like Super Smash, then I definitely do put it as my favorite video game franchise of all time. Of course I may still prefer some individual games from other series like DBZ and Madden, but for the whole package Sonic definitely wins here. It manages to keep a great line of hype and excitement along with great gameplay and a solid story. It started out as a title like Mario, Crash, or Kirby, or Spyro but then it took a more serious turn here and became a title that you could talk about in the same breath as something like Street Fighter or Final Fantasy. Adventure 2 Battle’s overall plot still holds up to this day with spectacular writing and a lot of twists. The entire gaming industry would not be the same without this game and that’s why when they finally announce the real Adventure 3 (So not Unleashed) then I’ll be ready!