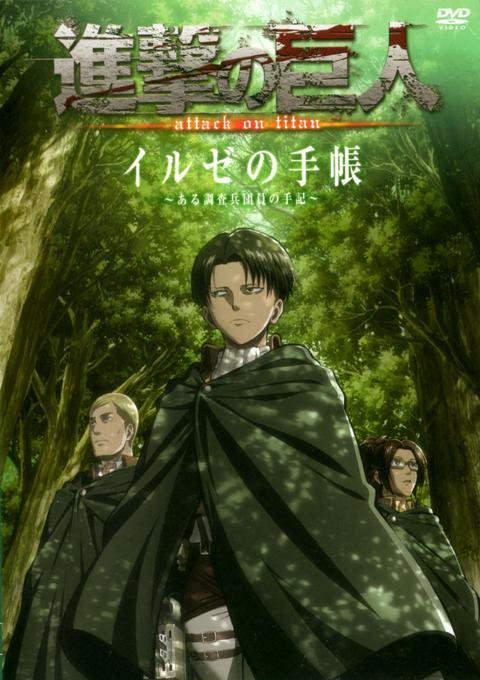 It’s time for an Attack on Titan prequel OVA. This one adapts a side story from the manga so it’s fairly short. The OVA does manage to pad itself out a little with a brief recap on the state of things though so it’s not extremely short. It’s around the length of the average episode which is a pretty decent length for an OVA. It’s fairly interesting, but I can’t say that it’s actually good as it suffers from the usual Attack on Titan issues.

The main character of this story is Hange (Or Hanji depending on which name you’re more used too) and she really wants to experiment on a Titan. As she has no conscience to weigh her down, she has always been the perfect person to lead the scientist division. She may creep the rest of her comrades out, but that’s just a side effect of being insane. You’re basically rooting for the Titans here since you don’t want them to be enslaved so Hange can stab them forever. Things aren’t moving quickly enough for Hange so she decides to go rogue and head after a Titan. Along the way she learns that there was once a Titan who could talk. What does this mean?

The Notebook/Journal that the heroes find is the main item of importance in this story. It’s another tragic tale, but that’s to be expected here. Ilse was running through the woods when a Titan spotted her. The rest of her comrades had already been taken down for the count so she had no backup. Surprisingly, the Titan didn’t destroy her right away as it prolonged the experience by stretching its face and trying to let her know about the war going on and how the series was all a lie. Ilse didn’t handle this too well and panicked so she was quickly eaten. It’s meant to be pretty important since it shows that Titans have some level of intelligence even if it’s been buried pretty deep. At the same time her death in the end made the whole thing suspect anyway. Maybe she was just delusional. The heroes don’t seem to think much of it either as they just use this as an excuse to go on the hunt once more.

Humor has never been a strong point of the series and that continues here. A running gag is that Hange is super unhinged so she chokes one of her comrades and nearly murders him. She loses her cool constantly and I don’t know how she still has her job. Well, the government is corrupt so I guess that fits. It doesn’t make me like any of her comrades though since they don’t speak up about this and just keep on enduring it. Levi and the others seem to turn a blind eye as well. At least he’s one of the few people along with Erwin who doesn’t fear Hange, but if he’s not going to do anything about it, then it doesn’t really matter all that much.

Attack on Titan never fails to deliver on the technical side though. The soundtrack is pretty good as we got an awesome techno theme at the beginning of the OVA. It played when the series was giving a recap of the situation and it made for some fun visuals as well. If the whole OVA was like that, then I wouldn’t have had any problems. The strategic part of the series is when its typically at its best. The graphics are also pretty sharp as it looks and feels very modern. The character designs are on point and the OVA had fun using Sunset effects for when it was getting late, but not quite night time yet. It all looked good and at least that helps the OVA speed along even if it can’t totally nullify the negatives.

In the end, the OVA was still a little too violent and dark by the end. The novels pointed out that Titans don’t bleed so we technically shouldn’t be getting any blood when they’re slashed. The anime has always chosen to ignore that though and either way we have the Titans eating humans as well so that doesn’t help. The scene of the Titan trying to rearrange his face came across as completely unnecessary and eating Ilse at the end wasn’t a great ending either. Following the novels more closely would absolutely help Titan in all of its future products.

Overall, Ilse’s Notebook is fairly standard Attack on Titan fare. If you like the show then odds are that you’ll like the OVA. Eren and the other main characters may not be in it, but the rest of the OVA feels like it could easily be a normal episode. I still say that the show is too violent and melodramatic the whole time and Hange is a pretty terrible main character so she holds it down. To make it more interesting, I wouldn’t have minded some time travel thrown in so Eren could be around to yell a bit. It’s not exactly the feel good film of the year, but if you really want to make sure that you’re an expert on Attack on Titan lore, then you’ll want to check it out. For the rest of you, just go prepare yourself for Season 2 instead. It is certainly drawing closer and closer with every passing day. 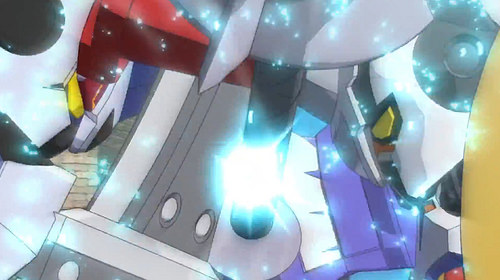