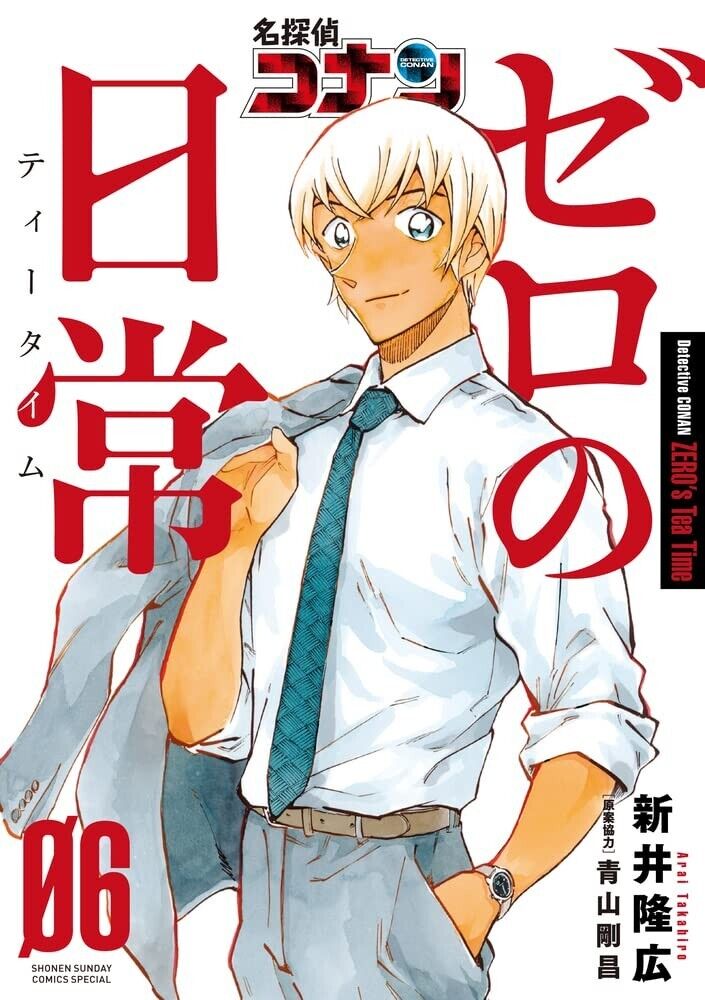 Zero’s Tea Time was a fun series. It’s very much a slice of life but one with a fun main character and is really goes all in with how over the top Zero is. He’s the world’s greatest police officer, detective, double agent, evil agent, soccer player, boxer, dog walker…and now….Coffee shop assistant! The series is fairly short with 60 chapters but since it ended with a disclaimer that it could continue with a part 2, hopefully that happens soon. There isn’t much of a plot here so don’t go in expecting anything fancy though.

The series starts up with introducing us to Zero as the man with 3 faces. By day he works at Azusa’s coffee shop where he helps to serve the food and drinks while also coming up with new recipes and making sure that everything is optimized. On his off days he works as a detective’s assistant to the great sleeping Moore where he handles difficult cases and provides great insight! Finally he is also a deadly assassin working for the Black Organization and pulling off countless crimes! So the man is very busy and this series focuses on his time as a cook. Of course what some characters don’t know is that he’s also a police officer working to make Japan as safe as possible.

Of course, if you’re far enough in the main Detective Conan series you’ll know that some of his tasks above aren’t quite as they would appear. Zero is a very complex character and easily the best part of the Detective Conan series. The man is amazing at keeping everyone off balance and always displaying a new side of him. He’s a natural talent at just about every skill that he has ever tried to learn and every profession that he has worked on. He’s the ultimate Gary Stu you could say and I like that the series just embraces it.

In fact, Zero’s Tea Time regularly pokes fun at this. Need someone for a soccer game? Zero’s never played before but he’ll win you the match. Need someone to find a new recipe that could use 600 pounds of Pumpkin? Zero’s got that handled too! He even adopts a dog and quickly teaches him a lot of cool tricks and they become best friends. Every chapter is Zero succeeding at something and amazing everyone around him. While that could get repetitive if you didn’t like the character, Zero is so much fun that it works.

Occasionally he’ll even troll people by intentionally not doing amazing at something but later in the chapter there will be a life or death moment where he has to throw away the façade. This happens once with Soccer where he only plays above average in the match but when a kid is trapped in a burning building Zero is able to make an impossible shot with the ball in order to save her. Things like that just happen on the regular for him. He’s even great at jump rope and break dancing.

That’s really where the humor lies in the series. So you need to be able to find it funny for this to work but fortunately it is very funny. I found all of these scenes to be super enjoyable for example. It’s just how humble Zero is about all of this. He makes it look easy and then acts nonchalant about it while also building everyone up around him. He’s just a super nice guy and it’s why nobody would even think to suspect that he may have any criminal ties.

The main cast in the series is rather small as a result. Aside from Zero you have Azusa who is of course the main person at the shop. Often she will ask Zero for help with things like how to get rid of a permanent stain or what food they could use to spice up sales. Often times Zero will just solve the issue but sometimes he’ll pretend not to know the answer so that he can slowly guide her to it. That’s always very considerate of him so I can appreciate that. She even tries to do some detective deductions of her own which she is fairly decent at but always fails when she tried to decipher Zero. The guy is just too good at being subtle and sneaky. 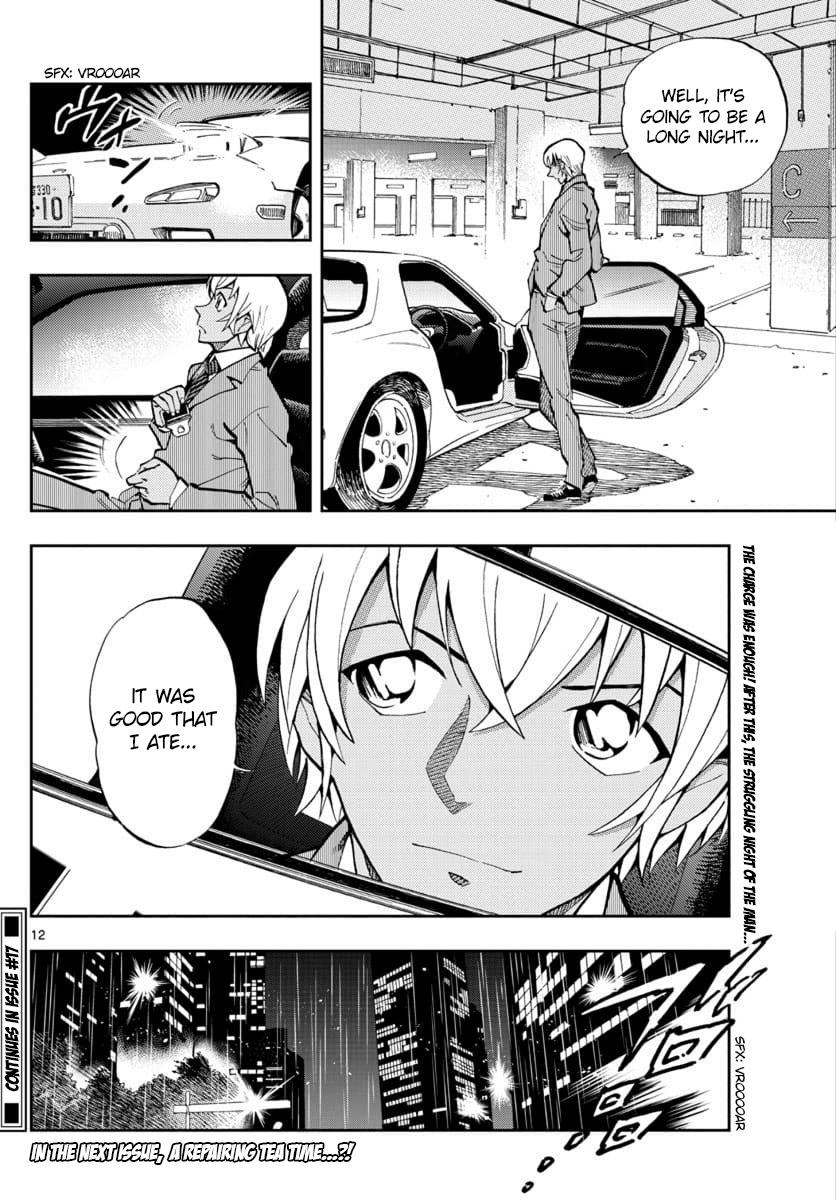 Of course they get along really well as the adventures go on and while he is a temporary employee, she has to come to terms with the fact that he might leave at some point. Clearly that would be bad for the shop since his mere presence massively boosts sales since everyone wants to hang out with him but he’s also just so good at the job that it would be a shame to lose him. The series doesn’t delve into this much aside from a chapter though because the series is more about having fun than thinking of the potential sad moments down the line.

The only other supporting character here would be Yuya who is Zero’s partner on the police force. This guy isn’t great on his job so he often needs Zero to bail him out of situations time and time again. He means well though so I like Yuya. It can’t be easy working alongside a literal genius who succeeds at everything in life. That’s a huge challenge for anybody. There are other characters who are around like some kids who ask Zero for help from time to time but for the most part the characters are all oneshots. Then you also have Zero’s dog who is fun to have around. In most cases you get worried that something might happen to the dog but that’s not a factor in this series. So then you’re really just able to enjoy him.

The biggest reason to read the series is really to just page through a very calming title. Think of this like Yotsuba or a title like that but with a much better character and still aimed at the grown-ups. It’s the ultimate happy title where nothing can go wrong and all the stories have a happy ending. You don’t even need to read the main series to understand this one since it’s very new reader friendly. I’m talking lots of exposition and a full chapter to catch you up on Zero’s chapter. From there, the main series doesn’t really matter and you can follow along with ease.

The art is also really good here. Granted, it’s not like the series has to try too hard since there aren’t a lot of big action scenes or anything but it’s all really clear so you can easily follow along with the action moments. The character models are on point and the layout is done well. It would defeat the purpose of being a calm series if the artwork was hard to read right? So fortunately the series didn’t miss on the easy layup there.

Although because there isn’t much of a plot, there also isn’t much else to say in this review. Usually for a series like this I would expect to reach 2000 words easily but this review won’t go anywhere near that. Look, you either like this kind of series and its premise or you don’t. If you can appreciate Zero just having fun and politely styling on everyone as he ensures that the town is as happy as possible, then you’ll like the series. It’s fun to imagine being in a neighborhood where you have a true jack of all trades like this watching over you. If you need some more action and excitement then you’ll probably want to check out the main series instead which still does have Zero so you’ll get to see him appear. 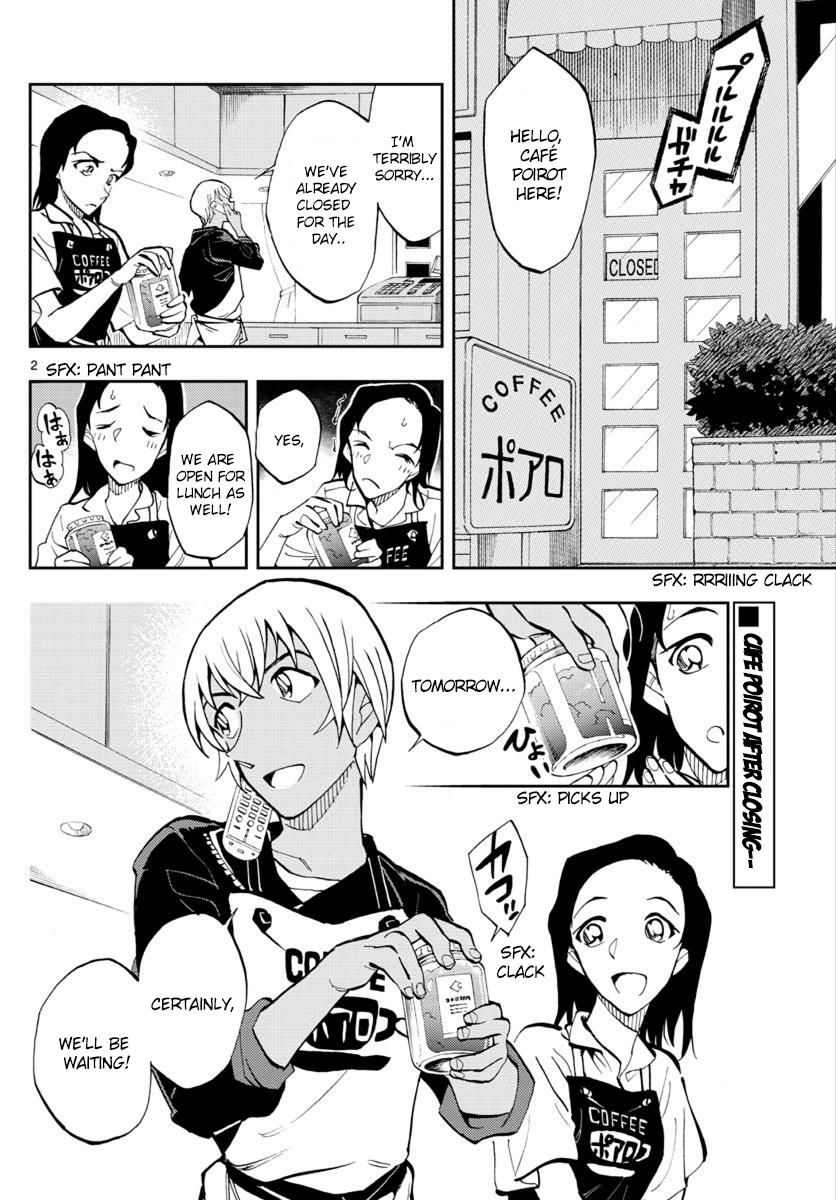 Overall, Zero’s Tea Time is a fun series. With a title like this you know right off the bat that it’s more of a slice of life type. There may not be much in here to really discuss or that will be thought provoking but not every series has to be like that. This one’s just a nice comfort title that you can read at any time and have a blast with. I’d say that this is the definitive slice of life title. It’s not part comedy, not part romance, and not part anything else. It’s strictly a slice of life with every chapter being about something super basic and yet it works out. There aren’t many titles that would have the writing or characters strong enough to pull it off but I suppose that’s just another one of Zero’s talents at work.