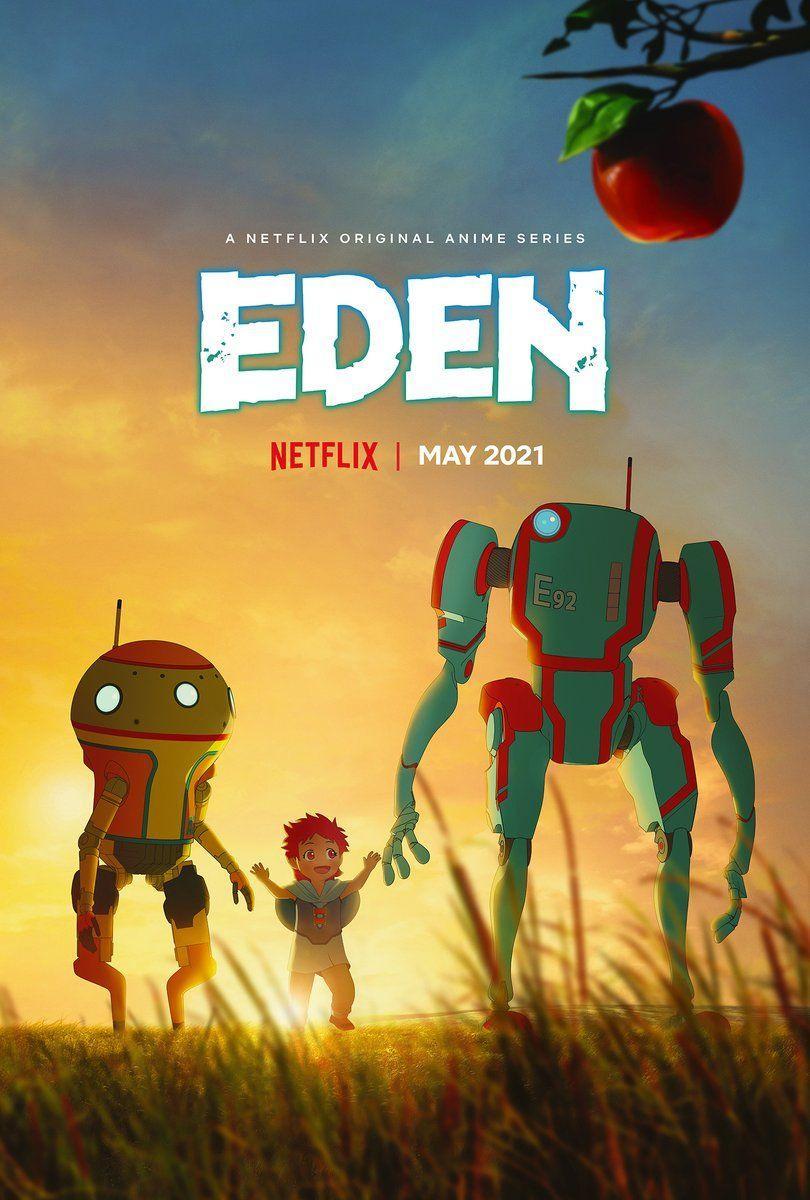 Eden’s a show I hadn’t heard of before. It’s fairly short at 4 episodes so this almost could have just been a full movie. The animation feels very RWBY inspired which is a good thing and this ends up being a fun title to check out. Having Sara be the only human in the present setting was a bold move but one that works out well.

The show starts by introducing us to the far future where humans seem to no longer exist. Two robots named A37 and E92 are completing their tasks as normal when they come across a baby named Sara. They are supposed to immediately alert the high council to dispose of the human but they can’t bring themselves to do so and instead raise her as their kid. She grows up with them and while she isn’t thrilled about always having to be in hiding, she still has a good life. One day, she discovers a robot and a message. It would appear that the human race is still alive but trapped in stasis. Sara will have to find the unlock code to save them and she will have to do this quickly or they will never wake up again. This is going to be dangerous but it’s a mission that she is ready and prepared for.

A and E make for interesting characters since they are pure robots. We’re not talking about androids who have human emotions or anything like that but robots who do their best to understand what is going on. They’re inherently good robots as we see them taking a stand compared to most. Perhaps the fact that they are protecting Sara at all suggests that they do have true emotions. They can be rather awkward and don’t always know the best way to talk to her but I’d say they did a very good job of raising her.

The whole plot is very wholesome and I like the way that it was executed. Potentially it could have been a bit dull at first before the danger elements come into play but Sara is a good character and the robots make for solid supporting ones. It ends up being a solid dynamic either way. As for Sara, she’s a good lead and one who isn’t even that unreasonable. She does take some tremendous risks like jumping from high heights because she knows that her robot friend will catch her. I don’t blame the parents for being worried about that and of course Sara likes to venture fairly far away from her home.

She’s ready to jump into action when she finds out about her mission. It’s not an easy one either since the world is filled with robots that are after her. They’re fairly powerful ones too led by the mighty Zero. Zero has a design that really stands out here. It’s sort of like the Shredder from the TMNT 2003 show. He has a futuristic armor and a really booming voice so you can see why everyone follows him. Among the robots he seems to have the most character as well.

As the show goes on we learn more about Zero and more about the world at large. It’s pretty easy to see how Zero ended up going down the path that he did. In any show or movie where the villain makes the case that the world would be better without humans, it’s always hard to debate their point. Take this instance, with humans stuck in stasis, the world has become a utopia with no crime. Life and nature have prospered as well. If the humans return then Zero says they will bring war and crime back with them as well as polluting the Earth.

It’s not as if they would change and the issue is that he’s right. Now you can still root for the humans to return and everything but it will be sad to see the Utopia go away. That’s mainly the conflict at the end of the series. There is also a quick mecha battle near the end of the show but action definitely isn’t the main part of the show. It’s a fun little battle with the fighters but the emotional battle is really what the focus is on. 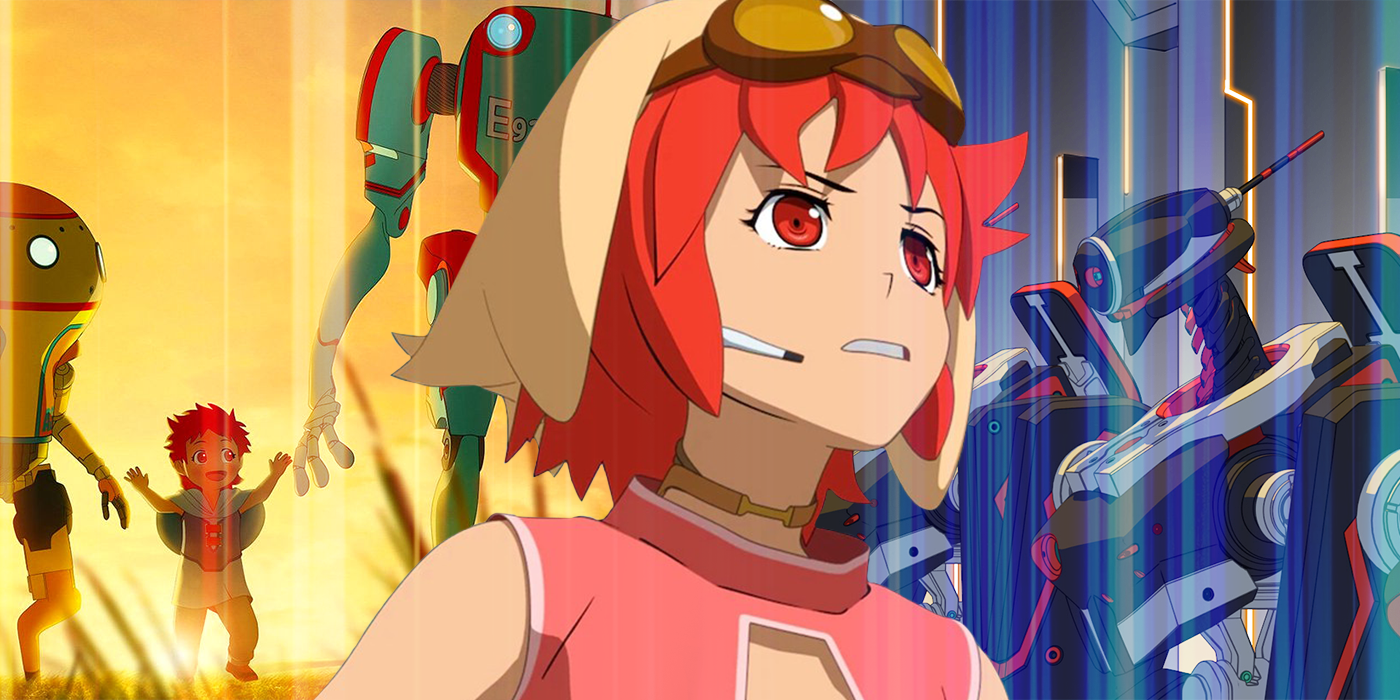 As mentioned earlier, I did like the animation style here. It may not be quite as polished as RWBY, you can see how the animation is a bit more stilted, but the art and backgrounds are definitely on point. I’ve always wondered why more titles don’t try to go for the colorful CGI style that RWBY has so I’m glad that this one finally embraced it. The character designs are memorable and I like the world that it’s based in. It all just looks very descriptive.

Eden is really a family drama title at its core. Sara learns what it means to really have a family while in the past segments we have someone feel the pain of losing one. These two focuses act as complete contrasts to each other and also show us how each character made it on both sides. So while I say this is a light hearted title there are definitely quite a lot of sad moments throughout. Enjoy the first two episodes while you can as they’re really about showing the happy times first like Sara growing up. I thought it was a good move that she grew up so quickly as well since she’s able to do a lot more as a teen compared to being a toddler.

The flashbacks about the final humans before they all went into stasis definitely have the most sad moments throughout its run. You can tell that not everyone will get a happy ending which makes sense. They each have their own struggles to go through after all. I didn’t really have any issues with the show by the end of its run either. It’s a pleasant little title with all the proper elements an adventure needed. The writing was on point and the conflict was solid.

I will say the only part that felt like it was edging towards a plot hole was how inconsistent the timer was. There’s a timer that consistently shows how close the humans are to being locked in stasis forever. Each episode has the timer appear a whole lot but it just doesn’t make sense based on how much time was there before her time skip and afterwards. I think they either shouldn’t have shown the timer when she was still a baby and only showed it afterwards or just set it to a different time. With a calculator it shouldn’t be hard to have set that up properly especially since it is so crucial to the story.

It’s a small thing overall though and my head canon is that the A.I. was just malfunctioning at times and showing the wrong values. That seems like it should be within the realm of possibility. If you want to go a bit farther, it’s hard to see Zero and the robots not stamping out the two protecting Sara instantly but I suppose for a while she just wasn’t on their radar. Also, Zero’s minions don’t seem to be very intelligent and just have basic skills developed so that would make sense. His personal A.I. would be the only exception there. The heroes have an A.I. too and they even have a very brief skirmish which was fun. The two A.I. were always entertaining so it’s too bad that they didn’t appear a bit more. 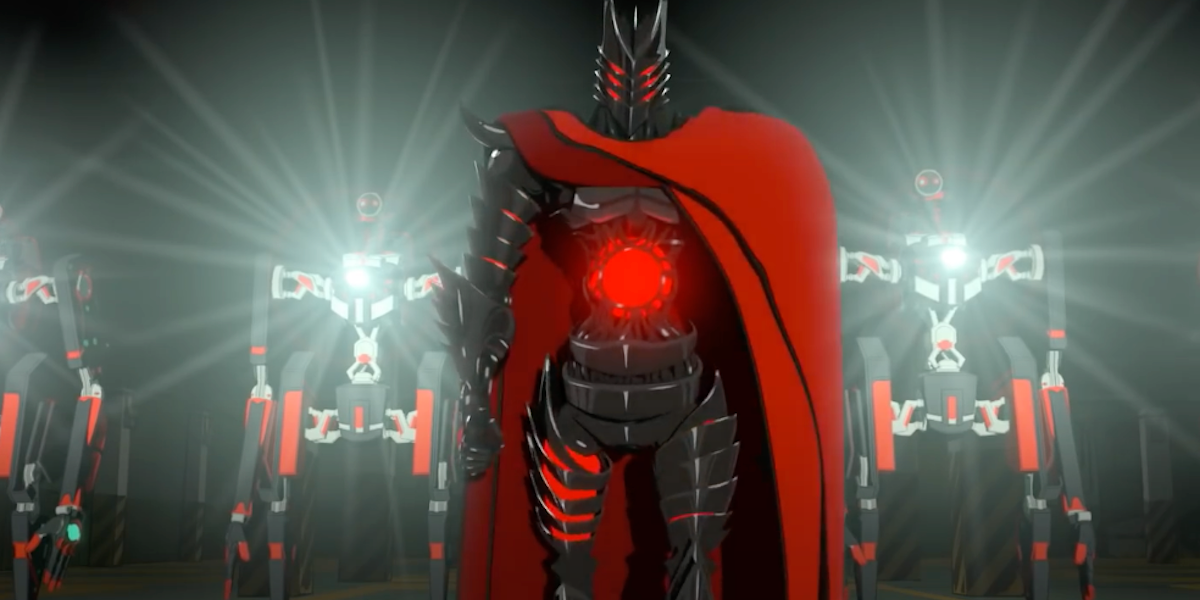 Overall, Eden is a fun title and really gets the adventure/journey across well. It’s a fairly personal story that it just pleasant to watch. It’s definitely got a rather somber end so I won’t say it’s a huge feel good title but throughout the 4 episodes there are a lot of fun moments. You can also interpret the ending as still being happy in a sense as Sara won’t give up and will create more experiences but to me it would have been perfect if one more thing could have been fixed in-universe. Ultimately the title is really about Sara experiencing the world for herself and seeing that robots can be a real family just as well as a human one. A & E really did a great job for as long as they could and this was an impressive effort considering that they had no formal training before now. If you’re looking for a good family drama title with some action elements at the end then this is a good one to pick up. It really feels like a solid one shot movie that gives you a complete experience from beginning to end.