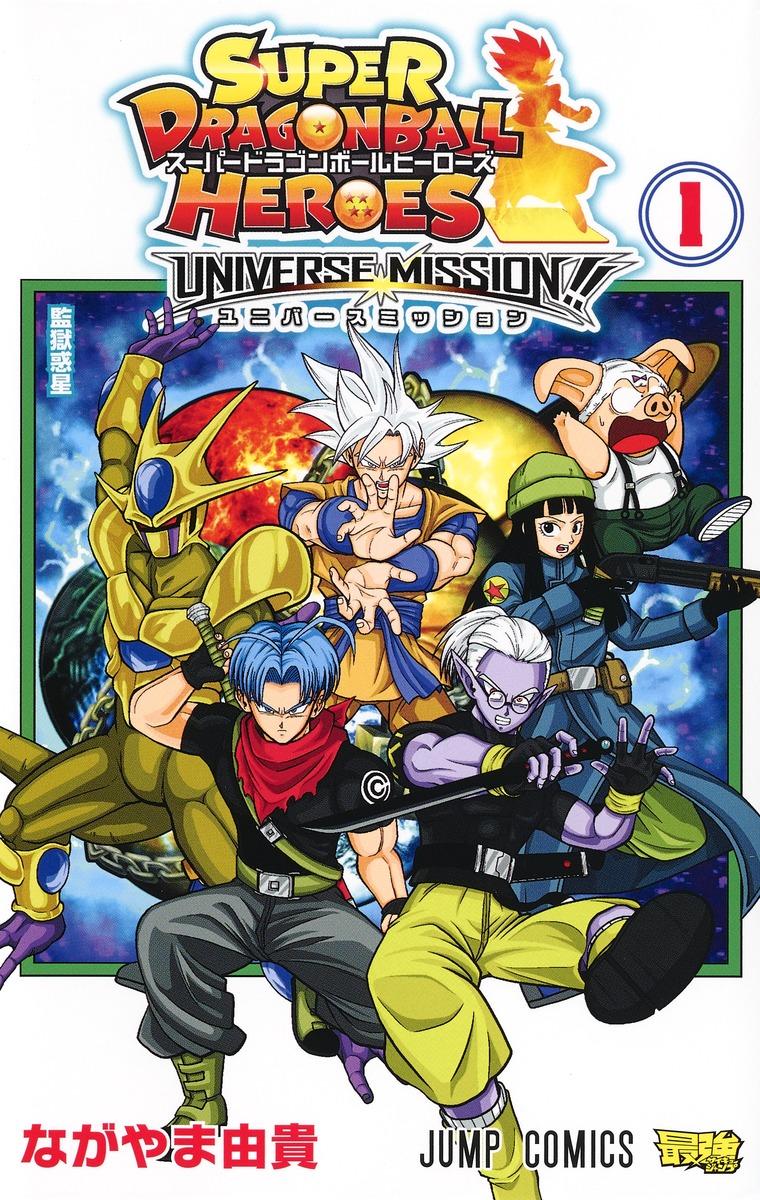 Dragon Ball Heroes has always been an interesting part of the DB franchise. It’s relatively obscure (Less so now that we have an ongoing anime) and yet it’s turned into such a big part of the franchise. It’s got several games, manga, and the ongoing show. I’d like to see the manga titles be licensed someday, I’m even surprised that it hasn’t happened already. This is definitely a great title filled with a lot of nonstop action. It really doesn’t waste any time.

The series starts with a new villain known as Fu deciding to run a little experiment. The time patrol fighters are on his tail so he evades and gets the Super versions of Goku and Vegeta mixed in. This leads to the famous fight between Super Saiyan 4 Goku and Super Saiyan Blue Goku. It’s a really epic moment to be sure and then Fu summons in Cumber, a powerful Saiyan of legend who is sort of like Broly. Final Form Cooler also appears and Fu announces that he has kidnapped Trunks. To find him, the heroes have go and gather the 7 Dragon Balls from across the multiverse. They will have to deal with guys like Bojack on their journeys as well so they better be prepared for a big adventure.

As I mentioned, the plot moves at incredible speeds which is why even that blurb at the top sounds a bit convoluted. There are only around 12 chapters but a whole lot happens in that time and the plot changes multiple times. The first 5 chapters are effectively Arc 1. While I would say Arc 2 probably wins, it’s very close because both have a lot of strengths. In the first arc naturally the highlight was the battle of Gokus as it has long been debated which form is more powerful.

The fact that 4 is even still considered at this level is pretty cool though since Blue is way stronger than god mode. At the very least that would mean 4 was more than one transformation above 3 which does match up since it was such a huge deal at the time. The time patrol versions of Goku and Vegeta are also really cool. They feel like much older versions of the Super characters. They still retain their old personalities but have a mature feel about them. They have been through a lot and seen things over the years after all.

Then you have Cumber who is a great addition to the cast. Effectively you may as well call him Broly 2.0 because the guy is an absolute beast in battle. He fights with brute strength just like Broly and is obsessed with being the best. One difference though is that just being near him can cause your mind to go crazy so you turn evil. This makes it very difficult for Goku and Vegeta to really do anything against him.

Cumber also scales very highly in the power levels department as he easily handles Goku and Vegeta initially and even defeats Vegito. It takes Ultra Instinct to even stand a chance against him. Now there’s a lot of debate on which is stronger. Personally I say Vegito is way stronger than Ultra Instinct but I know many say the opposite is true. Regardless, almost nobody has ever successfully defeated Vegito so for Cumber to do that is insane.

Lets not forget that he also was defeating Gogeta in the very next fight. This was back to back so Cumber is weakened while the other two only just fused and are presumably at full strength. If that’s not impressive then I don’t know what is. Cooler also gets to appear and has an impressive opening scene with how he dispatches Bojack. His whole partnership with Trunks is pretty unique and not something you would have expected going into the series. It works quite well I must say. Trunks appears a lot and his personality is great as always but he definitely gets wasted pretty often. He just really cannot stand up to the rest of the fighters and usually only has a chance when someone else is distracting the fighter.

As for Fu, he’s the big villain mastermind here and a pretty fun villain. I wouldn’t put him as high as some of the others but Dragon Ball has never really had a successful intellectual villain so that’s cool. Sure, Gero is well known but you never see anyone ranking him up too highly. You can make the case that Cell is very intelligent but I’m thinking more along the lines of inventors and strategists who put that first even above brawn. Fu fits the bill there and with his various powered up modes, he really keeps the heroes at bay. You’ll be seeing him a lot so hopefully you enjoy him. He brings a new dynamic to the series that’s for sure and since he can actually fight as well that definitely earned him some points in my book. 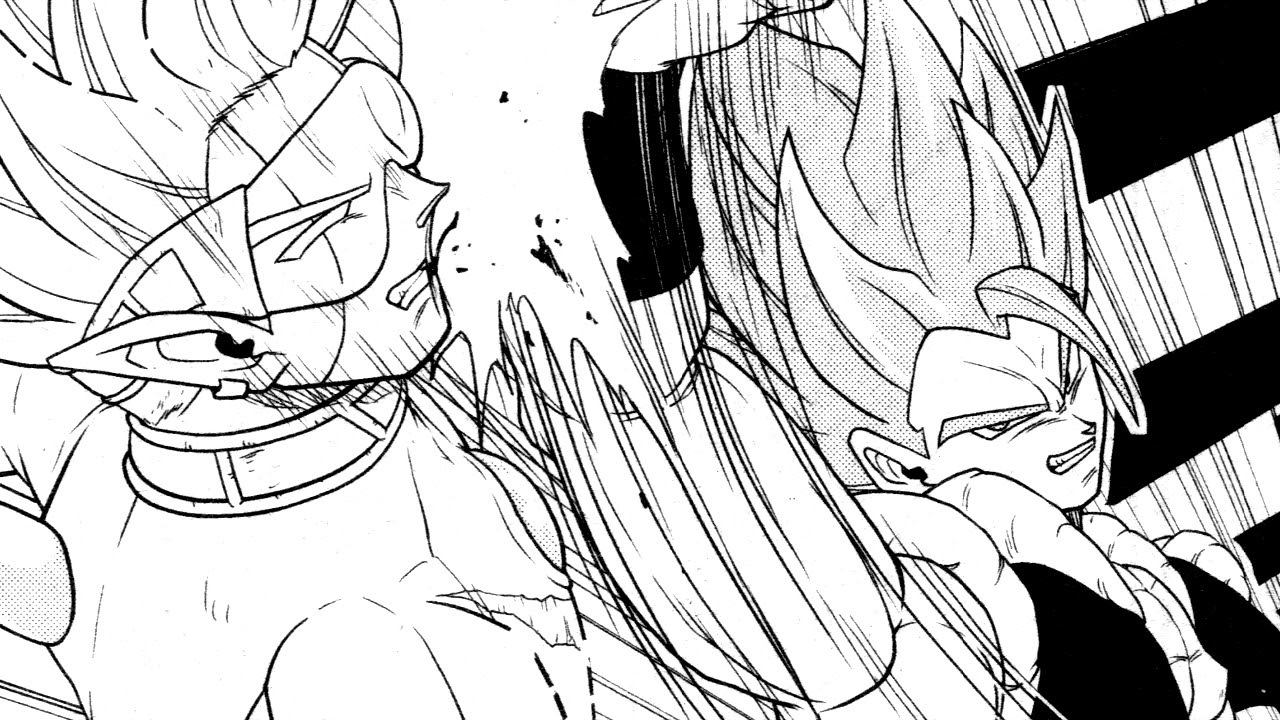 Goku and Vegeta themselves are in a lot of the battles so you’ll see them a lot. I would argue Vegeta may actually get more big moments than Goku does. Vegeta was able to break through the shadows and is also the one with the emotional decision to say they should fuse when he thought about his family. Of course Goku gets the actual wins like when he stepped in against Cumber as well as his battle against himself. So Goku gets more big moments in terms of actual victories while Vegeta is the emotional core of the story. He even gets visibly worried when Fu mentions that Trunk was captured.

Ozotto is an interesting figure. He appears a bit in both arcs and seems to have some plans but hasn’t really done anything yet. I’ll definitely be keeping a close eye on this guy. I think he’s got a ton of potential but I just wonder when he will actually make his move. So far it doesn’t seem like he’ll be doing anything even in the sequel to this manga.

Then we have the second arc in the series with Hearts trying to take down Zeno. This one has a lot more guest stars which is fun. Effectively Hearts is taking down powerful fighters in each universe although the heroes aren’t sure why yet. His targets are Hit from Universe 6 and Jiren of Universe 11. Both of these guys can probably hold their own but the Supreme Kai needs the Universe 7 fighters’ help just in case. Goku is still missing after his fight with Cumber so it’s up to Vegeta.

It’s another great arc to follow the first one up. First off, Hearts is an excellent main villain. I thought he was pretty cool right away and he only got better the more he appeared. I don’t blame him for wanting to take Zeno down since those galactic guys aren’t exactly trust worthy. We don’t yet know why he can’t stand the gods but there are plenty of reasons to dislike them in this verse.

His abilities are also hard to get around. Not only can he physically move fast enough to dodge hits from fighters like Jiren and Dyspo but his mind reading abilities are useful for any situation. Throw in his gravity powers and you’ve got someone who is nearly unbeatable. In his released form he was able to defeat Goku, Vegeta, Jiren, and Hit at the same time. Heroes really loves to make everyone as powerful as possible that’s for sure.

From his minions, Zamasu is the most interesting one. After all, if you know anything about Zamasu you know that he isn’t exactly a team player. Why is he putting up with working for Hearts? Particularly as Hearts is trying to destroy the gods. Well, Zamasu has his reasons and it’s cool seeing him get back into the fray.

Then you have Lagss who has glass abilities. On paper she doesn’t seem quite as impressive as the others but her powers are quite useful. It’s difficult to break her shields and she was even able to handle Zamasu and Trunks. We really don’t know almost anything about her except that she is super loyal to Hearts. I’d like to see her appear more in the future at some point.

Finally we have the twins Oren and Kamin who are effectively the Heroes version of Baby. They can possess you and then amp your powers up to greater heights. They leave less of an impact than the others but are still powerful fighters to be feared. I’d say they’re the weakest fighters in the group though.

Then you have the guest stars. Kefla was fun to see and she even held her own against the twins once the mind control wore off. Toppo spends most of his screen time eating dirt but at least he always gets back up. Jiren and Hit certainly look the best from all of the guest stars. They both may be on the losing side against Hearts but actually land some hits and have a good amount of confidence. Seeing them side by side was also quite the spectacle. It’s not something you’d expect to see for a while yet.

Heroes really takes the time to show off a bunch of cool concepts and team ups. There are a bunch of power ups throughout the arcs and each character really gets to show off their skills. As I mentioned it’s only 2 volumes but it just feels like a lot happens there. We even get to see Goku seemingly trained by the Grand Minister himself. Although he doesn’t seem much stronger so you can argue the guy just got him a cool costume.

The art is very solid. It really captures the Dragon Ball look to be sure. It’s got a lot of simple designs on the page to really maximize how much the fights stand out. You’ll never lose track of what’s going on in a given page. As a result it also means that you can read the chapters a lot quicker than most too. The 12 chapters really feel like they go by in an instant.

Naturally there is a cliffhanger ending for the next arc here so you won’t want to miss that. Lets just say a certain villain misses out on the second arc so you know that means he has been hard at work in the shadows. The heroes barely managed to stop his first plan so they will definitely have to bring in their A game to stop him this time. 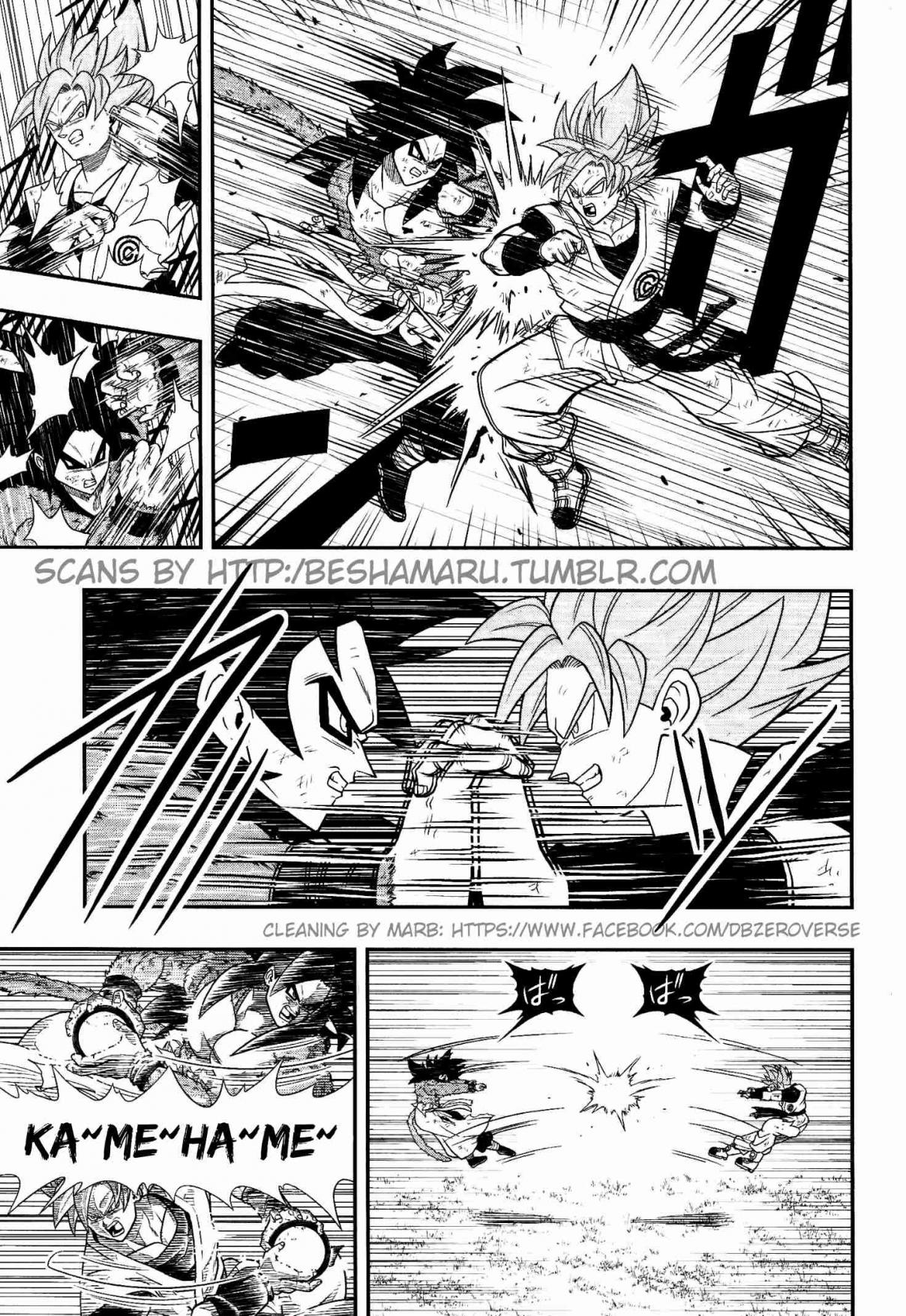 Overall, Super Dragon Ball Heroes: Universe Mission is a mouth full as a title but it does get straight to the point. The Universes were at stake here but fortunately Goku and friends were ready for the job. The series is so fast that there is definitely no time for any negatives. You get right to the action scenes and never look back. It’s a blast just to see all of the old characters as they push past their limits. By the end of the series they even squeeze in little contributions from some of the side characters like Android 17 and Piccolo. It’s definitely surprising to see them but at least this way they get to do something. Personally I think they should have gotten clobbered but it’s nice to see their fans get something once in a while. I’d definitely recommend checking this one out and I look forward to seeing how the next one fares.

Yagura is back and this time he’s up against Fu! Fu is better at hand to hand combat and is a good fighter, but I think Yagura will win thanks to his jutsu. It’s hard to stop his water abilities and in hand to hand combat he’s still a decent fighter that’s not afraid to lose. Yagura wins.