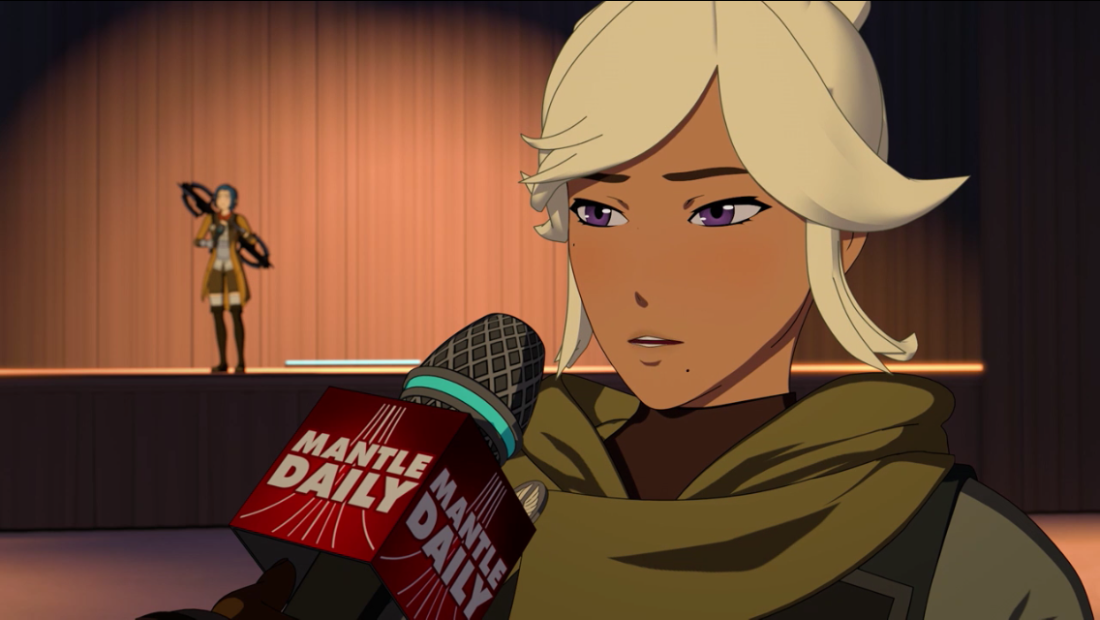 It’s time to look at a recent RWBY character who made her debut in Volume 7. Robyn Hill got a lot of attention right when she was first confirmed to be appearing and then when in the theme song the brief shots we had of her involved a fight with Tyrian. Clearly she was going to be the next big powerhouse in the series and ideally she could take over where Adam left off. We needed a new third party to spice things up. Heroes and Villains make for a good dynamic but what really helps to make both sides more exciting is to have someone who’s looking after their own interests. Robyn is certainly more of a hero than a villain, but she is quite willing to go against the heroes if it means she will be helping her people. Unfortunately the volume really didn’t do much with her and she ended up not coming close to meeting expectations. Lets look at some of the reasons as to why this was the case. 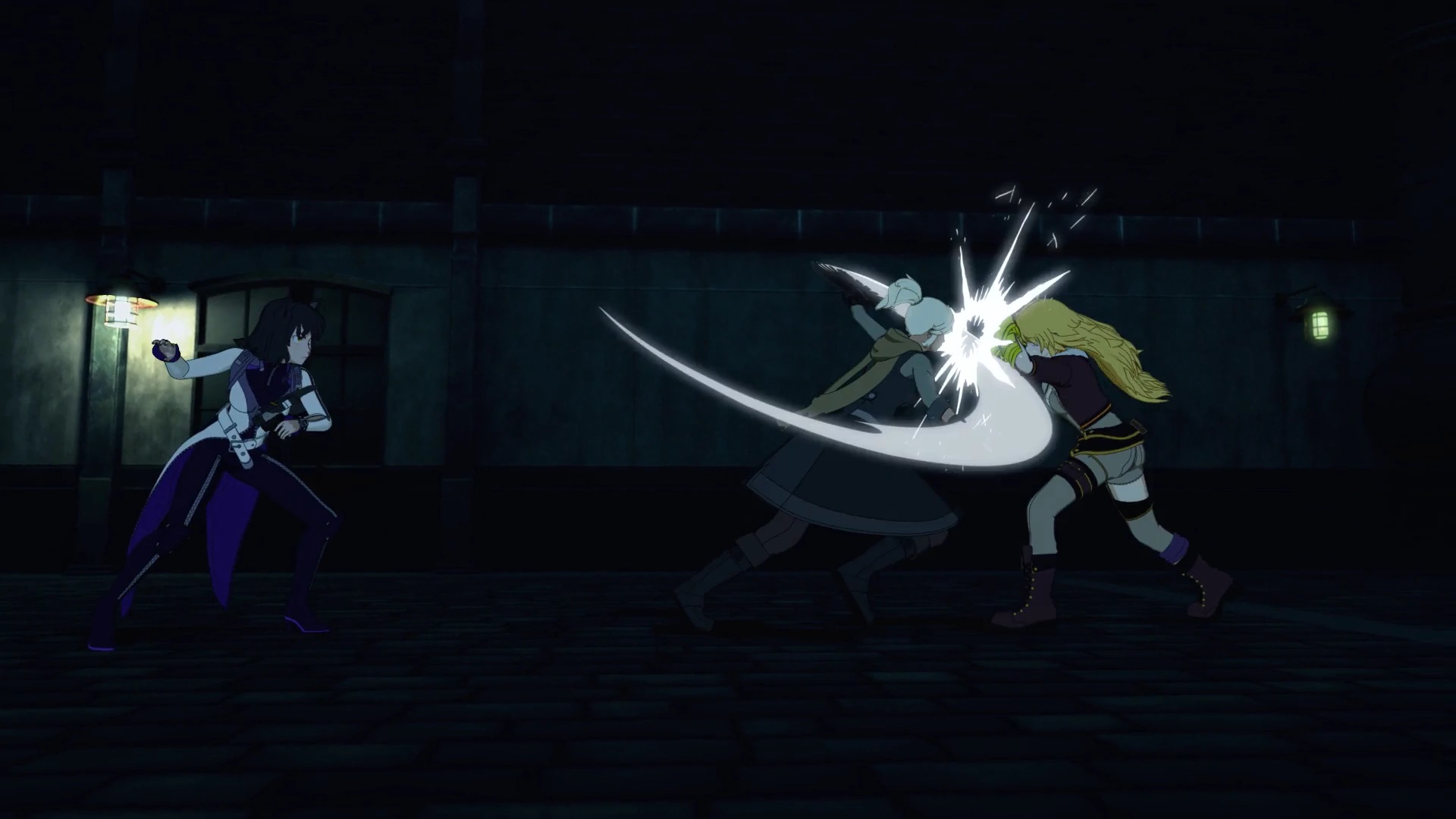 One of the big reasons for this is her lack of fighting ability. Robyn may have looked to be fighting evenly against Tyrian in the theme song, but that wasn’t the case in the episode. She had to team up with Clover and Qrow with both of them doing most of the work. Robyn’s crossbow did not look impressive as it deals minimal damage and the arrows are too slow so Tyrian can react to them all. She does get a good hit thanks to using Tyrian’s overconfidence against him, but in a straight fight it is clear that she is nowhere near Clover or Tyrian. To an extent she doesn’t have to be as strong as them but I would have liked for her to have been in the same ballpark. Instead she is relegated to the sidelines. It’s quite telling that in the second last episode she gets taken down in a quick hit and when she wakes up she is taken down in the plane crash once again while everyone else remained conscious. Robyn was constantly being outshined and you can’t have an effective third party is you’re this weak.

The biggest missed opportunity for Robyn is actually Ironwood’s continued existence. He ended up becoming the interesting third party of volume 7 as he slowly went down a dark path. This really made Robyn feel redundant because it’s rare to have 4 different factions running around. The only title I can think of that did this is Index with the Sorcerers, Aleister’s unit, Touma/Misaka’s group, The Level 0, and then Accelerator. You also have Anti Skill and Judgment running around if you count smaller groups. So what ended up happening here is that Robyn’s aligning more with the heroes. By volume 8 there’s a chance she will be a full hero as they all unite to stop Ironwood and possibly contend with Salem. Robyn could make for a fun hero, but I’d rather have her as more of an extremist like Adam. Her position is so close to his.

Adam Set the bar too high

Adam’s the greatest RWBY character so perhaps it was unfair to Robyn from the jump to even be compared to him. The odds of her being able to fill in his shoes were never that high from the start. It’s hard not to draw the same conclusions though. Adam wanted to help the faunus because there was such heavy discrimination against them and so he began the revolution. Thanks to Adam’s efforts the faunus now have a much better living situation even if he was taken down before true equality could be reached. Robyn is trying to help the people of Mantle as Atlas has turned their backs on them. Mantle is forced to live in pretty terrible conditions while the people of Atlas still enjoy a very wealthy lifestyle. Ironwood says that this is just temporary but Robyn is through waiting and so she has assembled her “Happy Huntresses” who raid Atlas supplies and try to help people. She certainly doesn’t mind attacking innocents if it’ll get the job done as she would have assaulted Clover’s squad if not for Penny intervening.

One difference from Adam is that she also tries to do this through the official channels. You may wonder how she is able to be known as a wanted vigilante while also running for a chair position. I’d attribute this to her social status. If Ironwood were to arrest her in public it would be a really bad look for him and tensions are already quite high in Atlas. There’s also the knowledge that if she doesn’t win legally then she’ll do whatever she can off the books. Robyn is certainly a lot more heroic than Adam, but she needed to have more of an active role. It all goes back to her lack of power. If she were stronger then she would have had more influence.

Robyn’s semblance is incredibly useful but she never takes advantage of it. 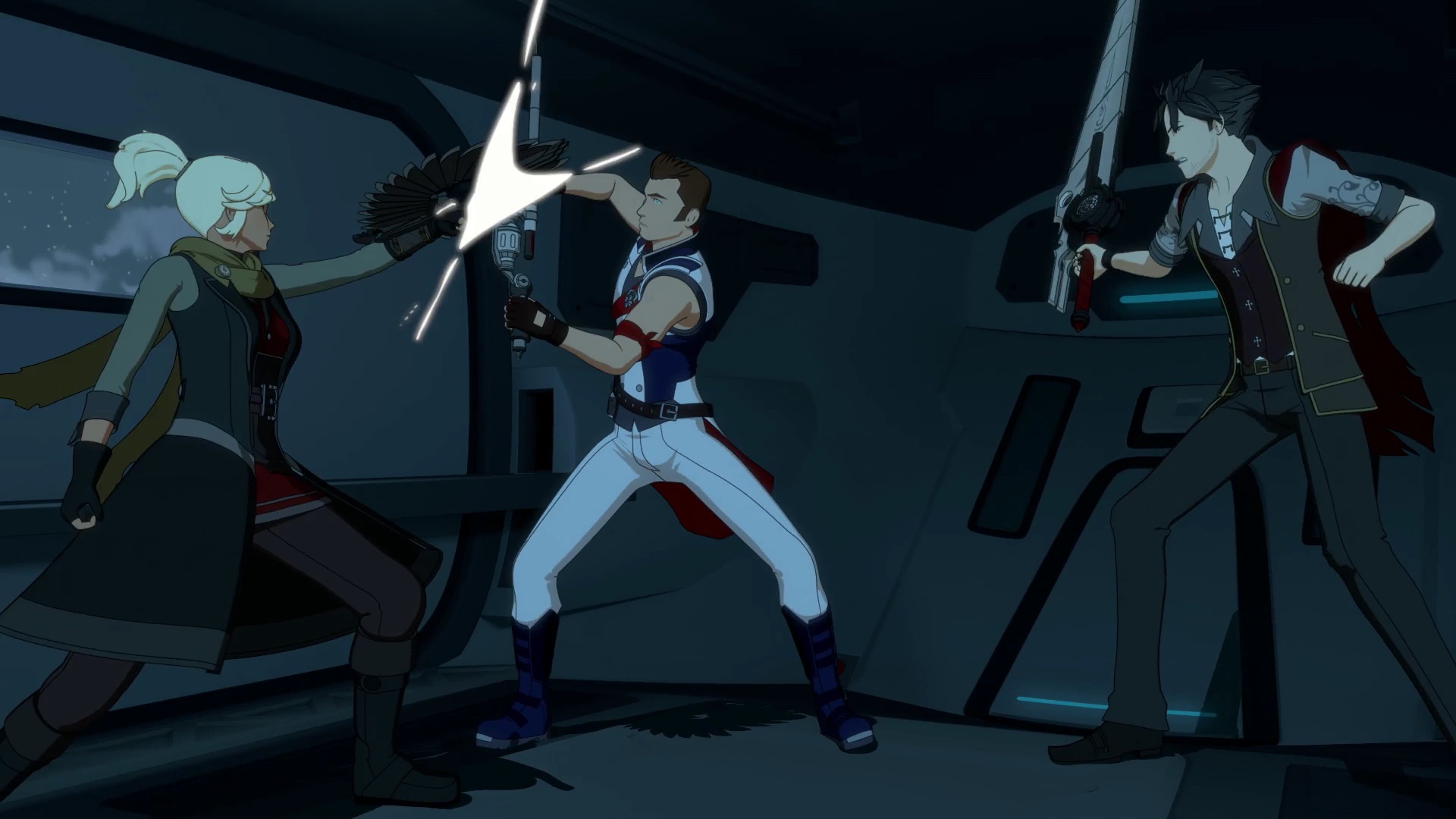 Robyn can detect if someone is telling the truth or not. That’s quite valuable in a story like this where everyone is constantly lying. It makes you wonder why there was any tension after Tyrian’s attack and framing of Penny. That whole framing job doesn’t work for a variety of reasons, but the biggest one is the fact that Robyn could use her ability to find out what really happened. Just ask Penny if she was responsible or not. Since Penny’s aura is enough to work as a conduit to the Maidens and recognized as a real person, the same logic would apply to her semblance. She can also question all of the other people in Ironwood’s faction and get the same response. It should diffuse tensions and it would have helped a lot with the plane situation and Clover although I think she made the right move there. Clover was the one being completely short sighted and crazy.

How can Robyn make a comeback in Volume 8?

Robyn’s character isn’t past the point of no return. Being underwhelming is completely different from being a bad character so there are still a lot of things she can do to rise back up. First off, she needs to get some more say in Volume 8. A big way to do this would be to snatch one of the relics. If she manages to use the schism between Cinder and Salem to snatch back a relic that would be huge. Particularly if she can take it for herself. Perhaps she can take Ironwood’s relic instead. Robyn just needs to grab someone or something and use that as leverage to help Mantle out. Thing is, there are not going to be a lot of opportunities for this in Volume 8 since Salem’s attack threatens the safety of everyone including her people.

A new weapon could also accomplish the same thing. Robyn already has a lot of confidence and some pretty good lines. The problem is that she is good at hitting people once they’re down, but isn’t winning any straight fights. A solid win against a big character would do her a lot of good. Perhaps taking down Blake or Neo would be a good start. Ironwood established a lot of credibility for himself by taking down Watts in Volume 7. Robyn needs to take down a similar figure in Volume 8 and that’ll be the way to really get her on the map. 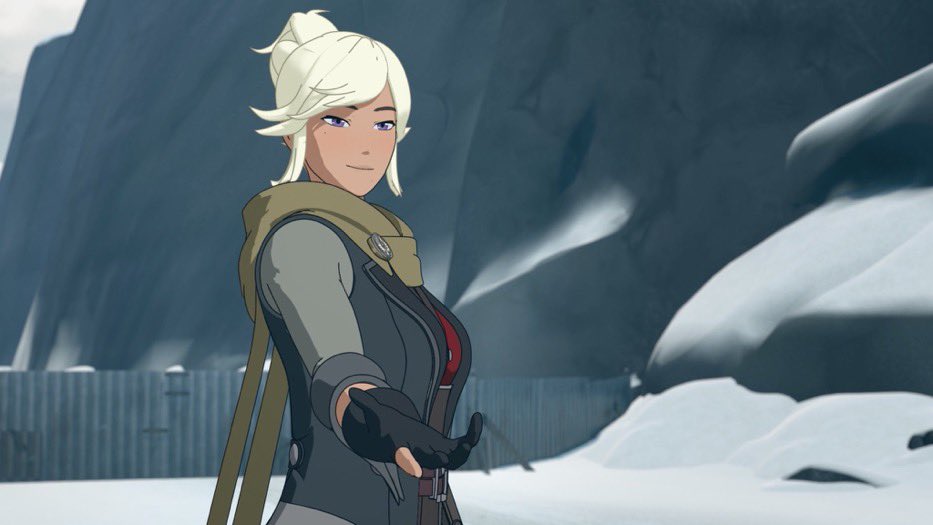 A final way Robyn could do this would be to broker a deal with Salem to protect Mantle. She realizes that there is no way to save them until she joins Salem. Traitors are rarely popular with the main characters, but saving Mantle is really her only concern at this point. If she were to pull this off and save the day then it would make her a character to take note of. Right now Robyn has no real presence and that’s what she has to work on changing. These are some reasons why her character just felt wasted in Volume 7 and some ways for her to get better. The bottom line is that we need a reason to respect Robyn as a threat to the heroes or for the villains to respect her as a powerful ally. At the end of the day this means that she needs some kind of win and she’ll either need better fighting abilities or a really good plan to pull this off.

Robyn has already been saying all of the right things. She is quick to stand up for Mantle whether she is in a meeting with the executives or just talking to team RWBY. She doesn’t trust anyone a whole lot which is a good thing and I’ve already talked about her confidence. It’s a lot harder to change your personality than your skills so that’s a very promising sign. We just need her to go rogue and since most of her supporters are either murdered or injured at this point it should make it a lot easier for her to make a move without having to worry about anyone else being in trouble.