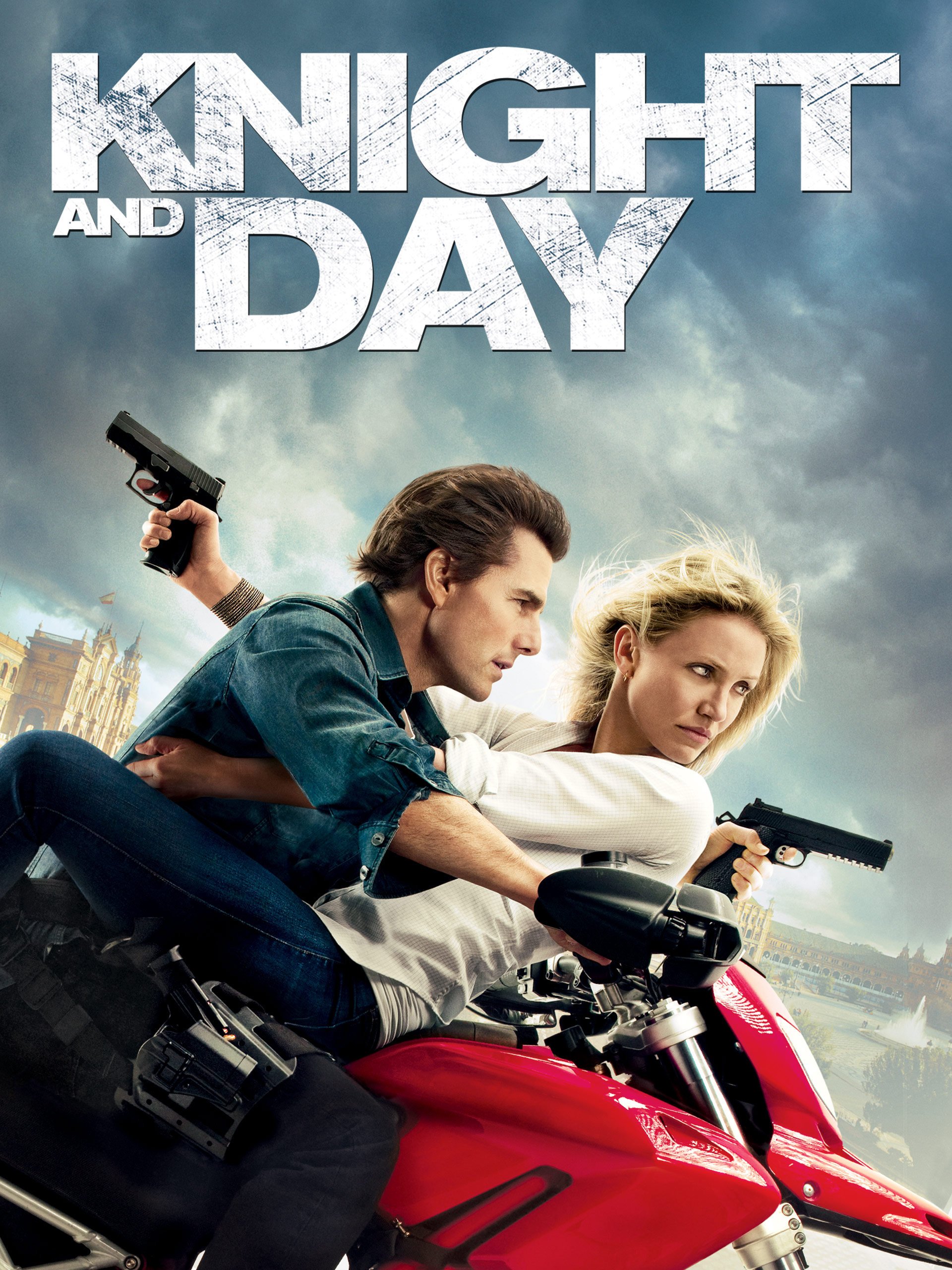 It’s time to look at a thriller film that I hadn’t heard of before now. It’s definitely the definition of a cinematic hidden gem as this is a movie that can hold its own with top notch titles like Mission Impossible and Jack Reacher. It’s a blast and a half from start to finish with a good blend of action and humor. The characters are written well and I didn’t really have any problems with the movie. It was firing on all cylinders.

The movie starts with June getting ready to go on a plane as she is heading to her sister’s wedding. She bumps into a mysterious man named Roy twice at the airport and nearly doesn’t get to go onto the flight due to technical difficulties, but ultimately ends up on it. While she uses the rest room this mysterious man beats up everyone on the plane and shoots both of the pilots. He tells her to forget about him and then June wakes up at home. Unfortunately her life will never be the same as now there are a lot of people out to murder her and she may have just gotten in a little over her head.

Knight and Day really doesn’t waste any time. The opening fight scene on the plane is fantastic and the best action scene in the whole movie. Now that’s a good way to get my attention right from the jump. It was really like a Mission Impossible moment and Roy is a secret agent so it all makes a lot of sense. I think at this early stage you can feel the part parody elements kicking in a bit just with how crazy it is that June doesn’t hear any of the commotion right outside the bathroom. It makes for a very entertaining sequence though and that’s really just foreshadowing for how much action we would be getting later on. There’s always some kind of fight scene going on.

One gag that the movie uses several times is how Roy keeps using a drug to knock June out. She’ll then wake up and fall back into slumber as the drug wears off where you see bits and pieces of other crazy adventures like Roy pushing her out of a plane, beating up someone after being tied up while upside down, etc. There’s a good chunk of action scenes that we don’t even get to see because she is knocked out. June can be a bit slow on the uptake for a good portion of the film which is partially why Roy has to always be knocking her out. The gag only goes a little too far with the beach one when June finds out that she has changed attire somehow. Fortunately the movie saves itself a bit here by having June turn the tables on him later on. I think having that final scene was absolutely necessary because she did need some kind of “revenge”on him. It’s also just a good scene establishing her as a partner rather than a liability. Interestingly the film had a similarity to Coma in that respect, but completely reversed.

While June did panic a lot as I mentioned, she’s a decent character. She improves a little too late in the game for me to call her a very good character or anything like that, but contributing a bit is better than not at all. June’s reservations to a good extent are pretty valid though because Roy does seem crazy quite a lot of the time. If not for the other groups seeming even shadier then she would definitely be right to just get away from him the whole time. You really can’t trust a guy who in your first encounter just murdered a whole plane filled with people.

Meanwhile Roy is definitely a terrific character. Yeah he can be a bit dicey with all the drugging at times, but aside from the resort occasion every other time at least made some kind of sense. The villains probably would have murdered June if she was awake in one moment and in the other scenarios she would have gotten them both murdered. Roy enjoys a good fight quite a lot to the point where he does tend to go a little gun happy. The guy always appears to be a bit paranoid, but when you’re in the espionage business that’s just how it is. Roy is always one step ahead of everyone else and his boundless confidence is excellent. He’s one of the best main characters I’ve seen in quite a long time.

Then you have the supporting characters like the genius Simon. He’s definitely the weakest character here because he’s just a little too loopy. Genius characters in film are always portrayed to be rather quirky, but I’d say that this guy is just a little too far gone. He never seems to know what is happening and walks into every trap. I’d have liked him to have had a little more agency. The villains are pretty fun though. The main one is nice and charismatic, always having an answer for everything. He may be a little on the obvious side as far as villains go, but some villains just can’t hide their malice.

Another cool scene in the film is when an assassin shows up and does battle with Roy. It was a nice battle scene as well since the room is so small, making both of them really have to bring their A game. Roy is a top notch agent, but assassins are also at the top of their craft so it makes sense that this one would be able to keep up with Roy pretty well. I could go on and on with the various fights in this film, but basically what you need to know is that every action scene is top notch. There are also quite a lot of action scenes which is quite excellent and you’ll be having a blast here.

As I mentioned there is also a lot of good humor here as well. Pretty much any scene in the first half with Roy and June will have some humor as he does something crazy and she does her best to take it well. He’s pretty nonchalant about taking down guys by the dozens while June just wants to have a normal life. Then you’ve also got the scene at the diner where he makes some small talk with a fireman before having to take the shot. Even then Roy does it in such a way where the guy isn’t really all that injured and will become a hero now.

One of the more impressive scenes for Roy is at the end where it turns out that he planned out quite a few things. Almost the entire movie played into his plans in one way or another which is crazy. It’s something you’d expect from the mastermind villain of a trilogy, not the main character of a quick action film. I suppose if the film has any weak points it is that the romance is rather weak. June falls for Roy a little too quickly and appears to be a bit desperate. In her defense, I suppose Roy seems like the perfect guy, but even then 15 minutes or so is wayyyyyy too quick to be making a move.

Overall, Knight and Day is definitely a great film. I’d even call it elite. There is a lot of replay value to be found here so you can easily watch this movie at any time. Even the smaller subplots end up being quite great. There’s one involving an elderly couple that is a lot of fun as they keep winning things that they didn’t even enter. It’s just a nice plot that serves to give more development to a certain character while also letting two innocent characters get a happy ending. You rarely see a film look out for the minor characters like this so it was definitely good. The ending is great and I’d be up for a sequel someday.