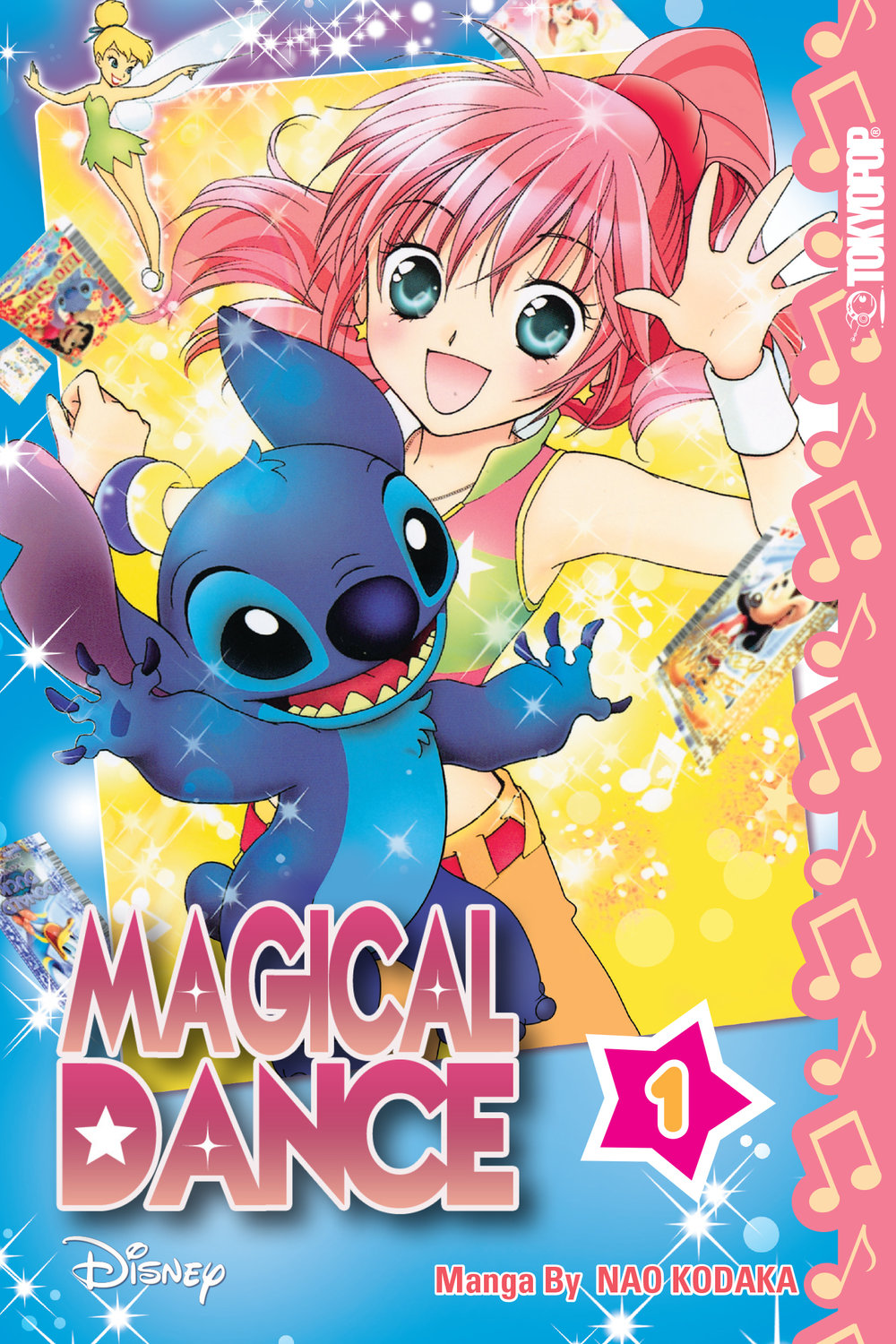 Time to check out a dancing crossover manga. It’s always fun to look at a crossover in any media and this is one of those series that I had not heard of before now. It’s not an action series so don’t go in expecting Kingdom Hearts, but it’s nice to see the Disney characters weighing in with their thoughts and tips. It’s a fun mini series and one that I would recommend.

The story follows a girl named Rin who wants to be a great dancer. She is in the same class as the legendary duet Kai and Yuna so Rin gets good inspiration during every class. Unfortunately her dancing abilities aren’t quite on their level yet which puts her in a bit of a bind. Yuna also doesn’t seem to like Rin one bit and even tells her to quit the club. Rin nearly does but then Tinker Bell shows up with a magic book. This book summons random Disney mascots to aid Boo in her time of need. Whenever she is in trouble these are friends that Rin can rely on. Will they be enough to get her atop the winning stage?

At only 2 volumes the series has to move quickly but I must say that it makes a world of difference to have 2 volumes over 1. The extra volume allows for more character development in each of the characters and we also get more Disney stars which is always good. It is a fun story and while it could have certainly gone for a few more volumes you don’t feel cheated out of its potential. I’d consider it to be a page turner. It’s not like it’s got an end of the world plot but the writing is just really solid which makes the experience all the more pleasant. The art is also quite solid which is important. The pages are all very clear and none of the characters are drawn too similarly so you won’t be mixing anyone up here. That is also absolutely critical since some series like to draw a bunch of people the same way and that can get tricky.

As for the characters, the main cast is pretty small, but solid. First you have Rin who is given a pretty tough time at school because she isn’t very good at dancing. She has a lot of enthusiasm, but no matter how much she practices Rin has just never been able to get the hang of the sport. Even Kai is fairly down on her and he’s supposed to be the nice guy. Yuna and the other girls are a lot harsher which is what leads Rin to the book. Rin does admittedly use the book as a crutch quite often in order to save the day, but it’s not like you can become a great dancer overnight. This allows her to buy some time as her skills improve organically. My main complaint with Rin is just that she lets things get to her too easily. She doesn’t really fight back against the other characters and gets walked on quite a bit. I like to think that by the end of the series she has gotten a little tougher though.

I would say that she is a little gullible, but in this case I have to blame the whole class. There is one moment when a bunch of bullies show up to talk some smack. The heroes fire back but then still listen to what the bullies have to say. Why would you do that? They all walked into that trap and I was surprised because literally the entire team was fooled. Fortunately Rin was there to save the day, but otherwise that would have been an embarrassing way to go.

Next up you have Kai who is a little odd. As mentioned, he doesn’t seem all that nice at first in the series but by the end he is very supportive of Rin. I guess he was probably trying to keep up his image, but I don’t know if that’s the best defense. He also makes you feel bad for Yuna because he acts totally oblivious to her and seems to be falling for Rin. Yuna being a bully lowers the sympathy levels, but either way Kai is in a tricky spot. He’s not the best main guy in a Shojo series, but he could have been worse. Then you have Yuna who is considerably better than the average bully character. That’s because she’s not super petty and doesn’t constantly try to sabotage Rin. She may not like the main character much, but Yuna does give her a fair shake. More importantly, Yuna doesn’t go back on her word so when Rin clears the challenges Yuna lets her on the team. Not saying that Yuna is heroic by the end or anything like that, but she’s a quality character.

Naturally we have the Disney characters as well. I was actually surprised at how Mickey acted when he showed up though because he basically just “Noped” out of there as soon as he appeared. Helping Rin out of a tight spot wasn’t really his goal and he always used to strike me as one of the heroic leads. From all of the guest stars he was probably the least helpful. Still, things always tend to work out when the guest stars show up, but some took a more active role in making sure this did happen than others. They also did help Rin learn to take it easy and not always get caught up in the heat of the moment. It’s good advice no matter what profession you’re in.

The ending is pretty open so it’s the kind of title that could easily get a sequel if the author feels like it. Otherwise you can easily imagine how it’ll all play out. If we did get a sequel then I imagine that the rivalry between Yuna and Rin would heat up. Honestly I would prefer that they just stay friends, but that does seem pretty unlikely. That just rarely happens in these kinds of stories even though they have a lot of similarities. So long as Kai exists there will definitely be some tension. 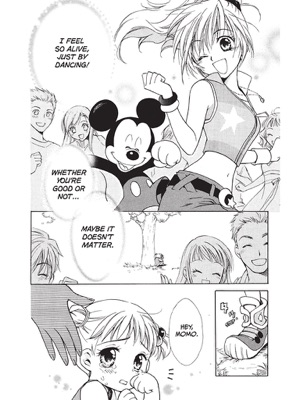 Overall, Magical Dancing is a title that I definitely recommend. There aren’t a ton of dancing titles out there so it’s always nice to have more options. The Disney characters showing up is a nice bonus, but it’s just that, a bonus. The series would have been able to stand up on its own even without them. After all, they are surprisingly the weakest part of the story. They’re fun, but whenever the Disney characters show up the plot has to temporarily come to a halt. Without them the team would have been doomed in the tournament so they were critical in getting Rin to her goal though.