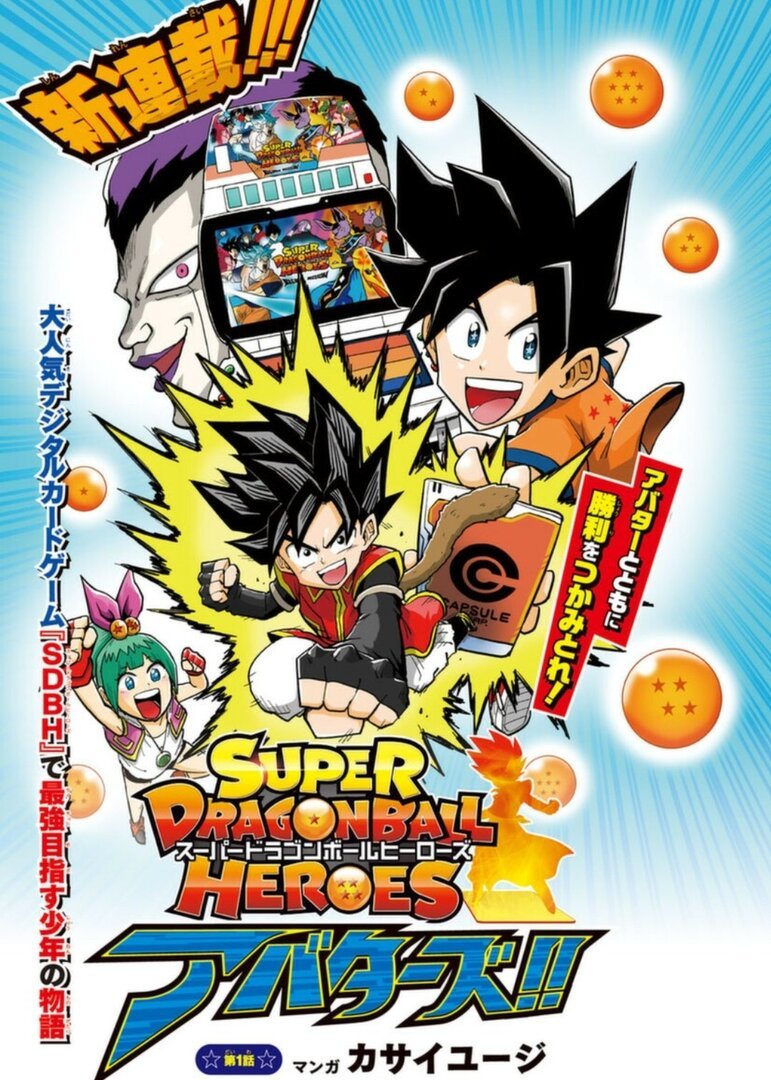 Dragon Ball Heroes just doesn’t stop with all the expansions. This one’s early on with just 2 chapters but it’s got potential to be another winner. How can you go wrong with card game battles? I’ll have a review for this series up when it finishes.

It’s time to take a look at why Black Clover is the best weekly manga on the block and also why the anime is so amazing. Clover started out with humble beginnings. I only knew one person who was with it from the very start and recommended it quite highly. Initially there was a good amount of push back against the series as fans of the big titles of yesteryear feared its coming. Black Clover was mixing together a lot of ideas from older titles like Naruto and giving them a new spin. Make no mistake though, Black Clover had a great start right from the jump.

For the anime it was clear that it would be amazing from the first episode which looked spectacular and still holds up. The characters were engaging and the whole thing was interesting. The pacing and directing was on point so you were excited to see what would happen next. The world setup is excellent and the cast of characters have gotten better and better as time went on. The series isn’t literally perfect as it still loses out on best manga of all time to Megaman NT Warrior and then One Punch Man, but it is quickly cementing itself as one of the biggest titles. It’s certainly the best of the modern big 3 of Shounen Jump.

One area that really works out well in Black Clover is the rival dynamic between Yuno and Asta. Unlike some Shounen rivalries there aren’t any bitter feelings between the two. They both want to be the Wizard King and see each other as worthy rivals in this quest. Both of them continue to get more and more power ups as they rise through the charts to the point where I would consider both of them to be stronger than the Captains at this point in time. Given how powerful the latest villains are I see more power ups in the near future as well. It’s a great rivalry and both of them have gotten to save the other a few times at this point so it’s pretty balanced. For the record, I’d pick Asta to beat Yuno right now if they were to fight.

Next up, a strong point in the series is how Noelle has remained relevant. In a lot of these big action titles the heroine is quickly left in the dust when it comes to power levels. Sakura Haruno in Naruto was left in the dust as early as the Zabuza arc where she was unable to do anything against Haku while the other two put up pretty big fights. Her first real big fight wouldn’t be until her match-up with Sasori but even there she had a ton of help. Fiddletwix of Anime Madhouse recently wrote a great article depicting what I mean with this. Then in the final battle of the series with the trio fighting once more she did put up a reasonable fight but you never really got the feeling that she caught the others. I’ll give her some props regardless, but that’s 72 volumes in.

Then you have Nami in One Piece who isn’t really meant to be a fighter. That doesn’t take away from the fact that she is significantly weaker than Zoro and Luffy. Finally you have Bleach which is an amazing title but you have to admit that Orihime doesn’t fight much. You could make the case that Rukia should be counted in which case she does put up a better effort. Kubo gave her a fair shake as she had her own share of battles and even took down an Espada. That series is the closest to Clover in this regard. Clover still stands on its own though by giving Noelle quite a few super forms keeping her in league with Yuno and Asta. While she may not be quite as powerful as those two, she has handled her share of battles flawlessly and even saved Asta on occasion. In her Valkyrie armor we don’t yet know how powerful she is, but she can hold her own in a fight. Right now if she were to team up with Asta and Yuno she could do so proudly and fight as an equal.

Humor is on point

While you’re likely here for the fight scenes humor is also very important in any series. You want the humor to be on point so you can laugh along with the characters and I’m happy to report that Black Clover pulls this off as well. The “Haha” character is great and Asta is always the best character for comic relief scenes. I like the way he is drawn with stars for eyes in various scenes and a lot of his humor comes from the fact that he never lets things to get to him and can be a bit oblivious. He just wants to keep on training through everything and even uses these moves to get villains to submit to him. This is easily one of the funniest titles out there which works as a great contrast to the epic action scenes as well. I guess what I’m getting at here is that Black Clover is a very versatile series and one that succeeds at everything it does. It’s an easy 9/10 series.

Now, does Black Clover have any weaknesses? Sure, no series is completely perfect right? In the most literal sense nothing can ever be perfect because if you look hard enough everything has flaws. For Clover, I’m not a fan of quite a few of the Black Bulls. I don’t really care for Charmy, Gordon, Grey, or Finral. Finral has gotten a little better as the series has gone on, but the others haven’t really worked for me. That being said, all of the latest members of the Bulls have been quite solid and each new addition makes the team that much better. Maybe those other characters will rise up for me soon and even if they don’t we have enough great characters to hold things up rather well.

So if you haven’t started Black Clover yet then you really need to change that. Whether you pick up the manga or the anime you’re in for a blast. It’s quite impressive how far the series has come and I’m ready to say that it is one of the best Shounen Jump titles out there. The action scenes are incredible both in the manga in the anime. A standout for sure is the Yuna and Asta vs Licht battle which goes all out. The animators in the series aren’t afraid to go all out and be a bit experimental with the battles as well. While Asta vs Ladros is the only one that didn’t work for me as it got too experimental, it’s still cool how the series is able to change styles so readily. Different episodes look like they’re done by completely different studios which takes a lot of talent. At its best this is one of the best animated titles out there. Things can only continue to go up from here. I could keep on gushing about how awesome Black Clover is, but you get the idea. It’s a series that you have to experience first hand.