We’re back with another RWBY episode comparison! Episode 6 would be around the mid season finale for some of these seasons so you’re expecting big things and the volumes don’t disappoint. Interestingly the list is probably the most jumbled yet. Volume 4 finally gets a slot near the top as we get the first big battle against a cabal member and of course Volume 8 continues to hold strong with Cinder. Volume 7 is probably the one that’s surprisingly low considering where it had been ranking prior to this episode. Well lets dive in! 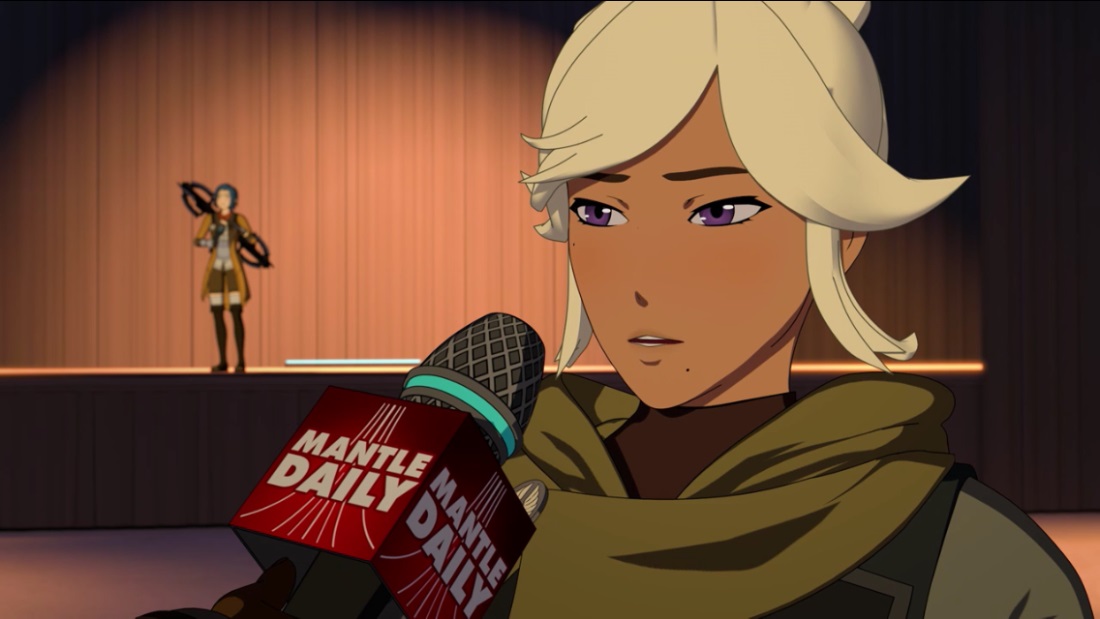 This episode is about giving the heroes a day off to watch the election so it is aiming to be more of a low key episode in that respect. Nora and Ren continue to have their drama here as Ren has been shutting down throughout this volume and this has all been too much for him. It is true that Nora’s distraction allowed Tyrian to get in and mess the place up but Ren’s a little too weak to do much about it so either way they would have been absolutely crushed here. The ending is tense but for the most part this is an episode that seems to be buying time so it’s not one of the biggest ones. I also think that with an election this big people would have been watching the polls the whole time so the hacking should have seemed obvious. 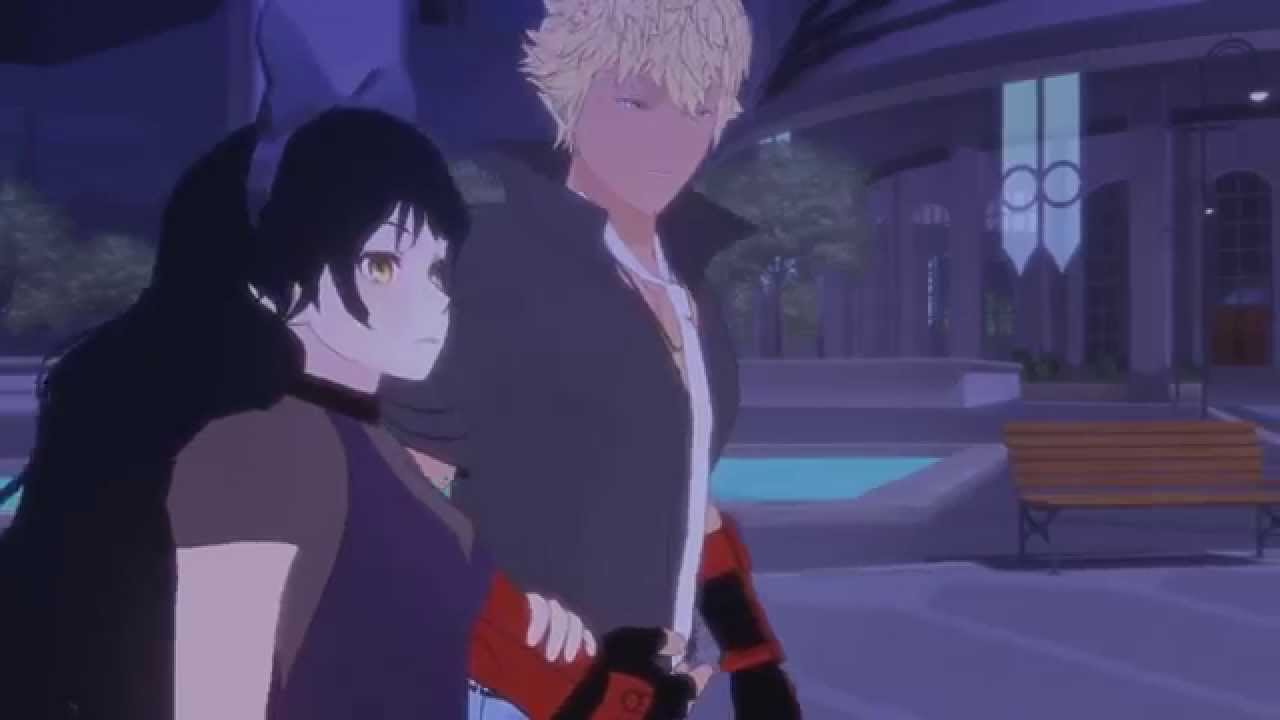 As with Volume 7, Volume 2 has a party for this episode. The heroes finally get to relax a bit before their next big fight. Blake initially doesn’t want to attend the party because she’s got things to do but Yang basically forces her hand on this one. We get to learn a bit more about Yang and why she is always trying to find leads on Raven and we also see one of the first silhouettes of Qrow. The cliffhanger gets you excited for the next episode but at the end of the day this was more of a romance drama episode so it wasn’t going to be much higher than this. It would also mark one of the last times that Neptune would be relevant in the whole franchise so his fans should try to enjoy this episode. 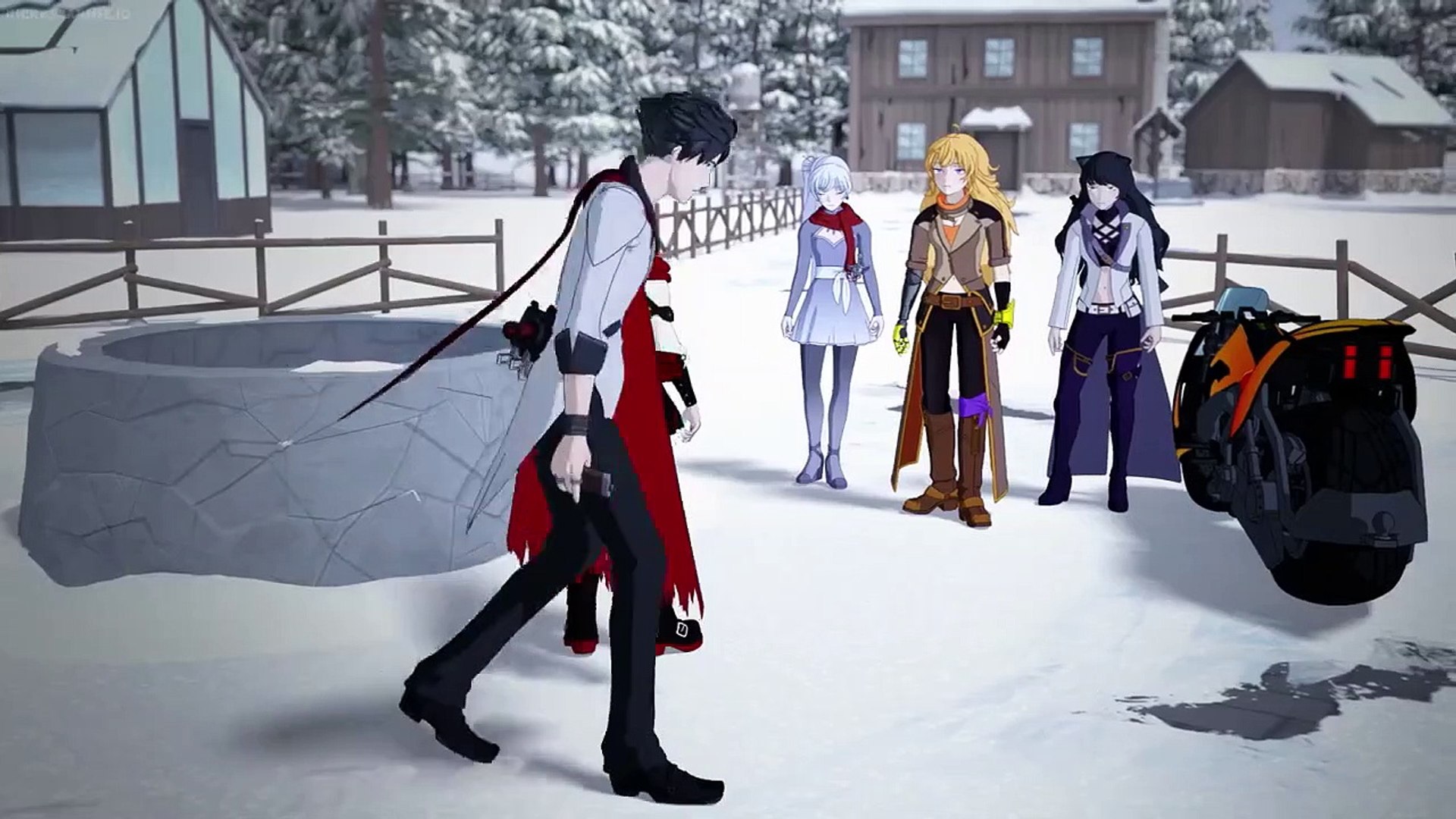 This one plays out like a horror film as the heroes are stuck in a village where they are slowly losing the will to fight. They can barely even move after a while and the new Grimm seem to be inspired by the ReDeads from Legend of Zelda. When they yell you really aren’t able to do much of anything against them. You just freeze in your tracks but this leads to Ruby finally learning how to use her silver eyes. I still blame Ozpin for not teaching her about this sooner since it can quite literally turn the tides of the war against the Grimm. Imagine going to Ironwood and being able to say you have someone who can glance at the Grimm and cause them to instantly evaporate? Would be a real game changer. My only gripe here is that I feel like Weiss should have had no trouble with the door and that even in a weakened state beating the Grimm should have been easy. I didn’t think the tension was really quite earned to the degree they were trying for. 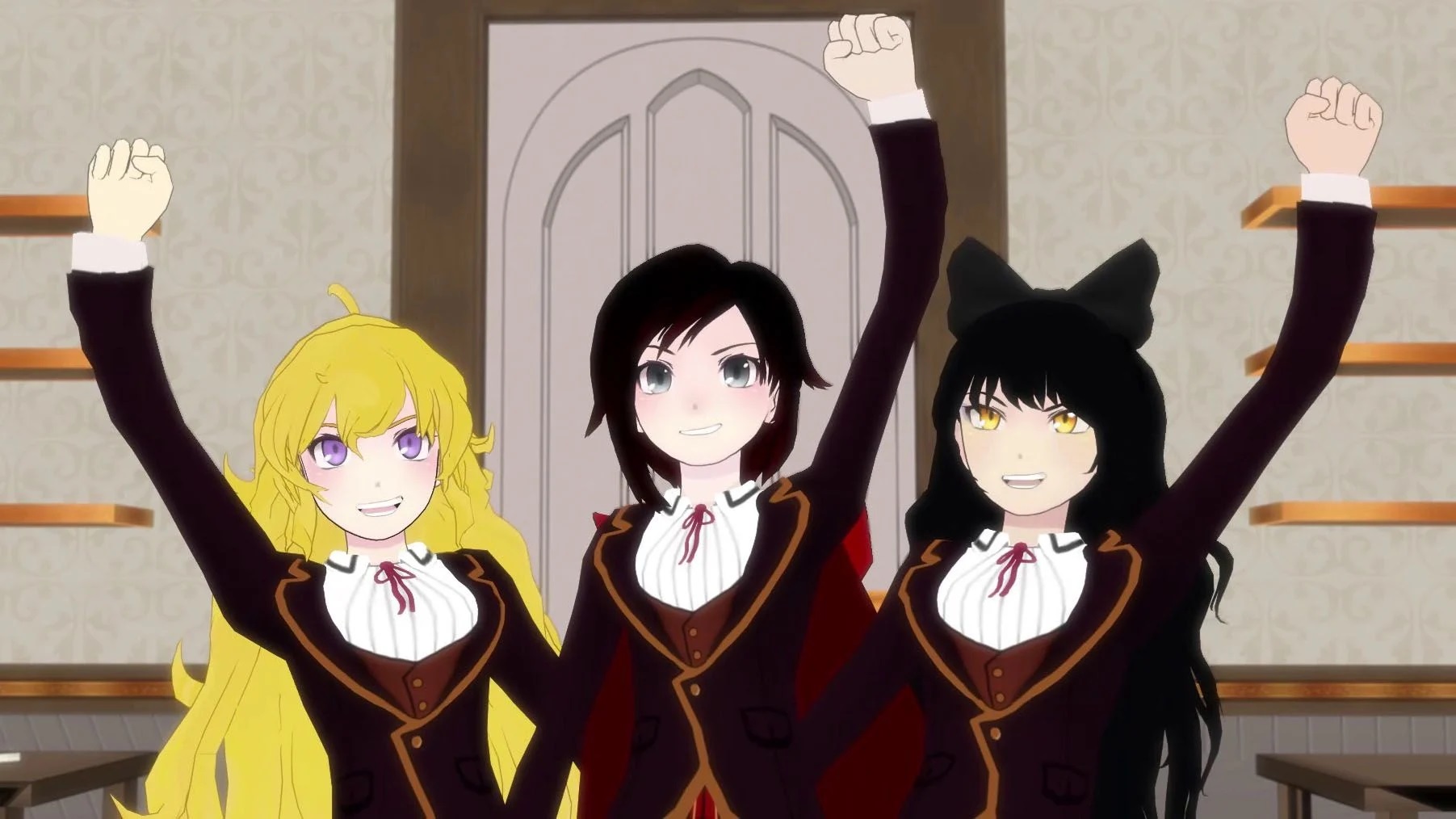 Weiss continues to doubt Ruby’s leadership in this episode and it really comes to a boil after Ruby shows Weiss up during the Grimm battle by giving Weiss all the advice for a victory. It’s a little petty on Weiss’ part and she is called out by the teacher. By the end of the episode she learns to finally accept Ruby and so this made for a rather short character arc. She had seemed to finally get behind Ruby in the forest but I suppose that was under duress so it didn’t really count. Either way the battle with the Grimm was fun and the show’s humor is still on point. I liked seeing Ruby doodle and the characters getting the room ready. There’s just that hyper energy that you don’t see after the first volumes. 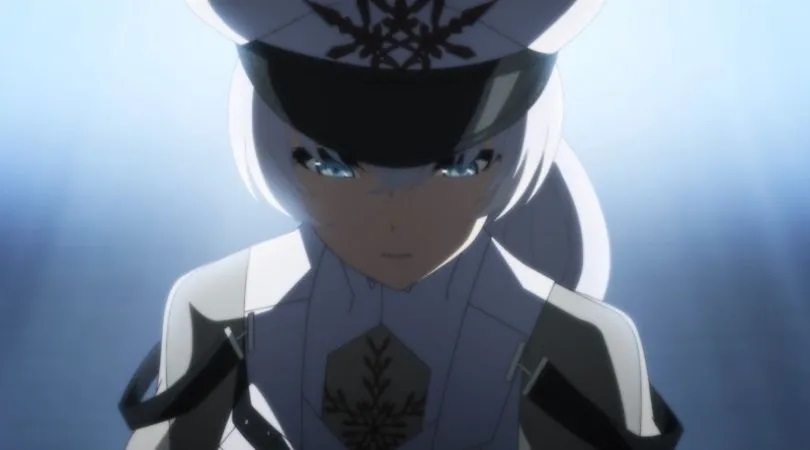 Episode 6 has our big group fight against Weiss as even Yang gets involved. Interestingly part of the scuffle actually seemed to transform into CGI which was interesting but it was brief. The episode got to show off it’s animation a little more than the last one as Weiss spammed her energy attacks and the heroes had to deal with it. I’m a little skeptical about the main trip not being able to stop her though. It was shown that Weiss upgraded Yang and Blake’s weapons subconsciously so I like to think that they could defeat her. Just knock her out and then take out the Grimm. That would be the most direct way to solve all of this. It’s been fun seeing more into Weiss’ mind and that’s definitely been one of the most engaging parts of the show. 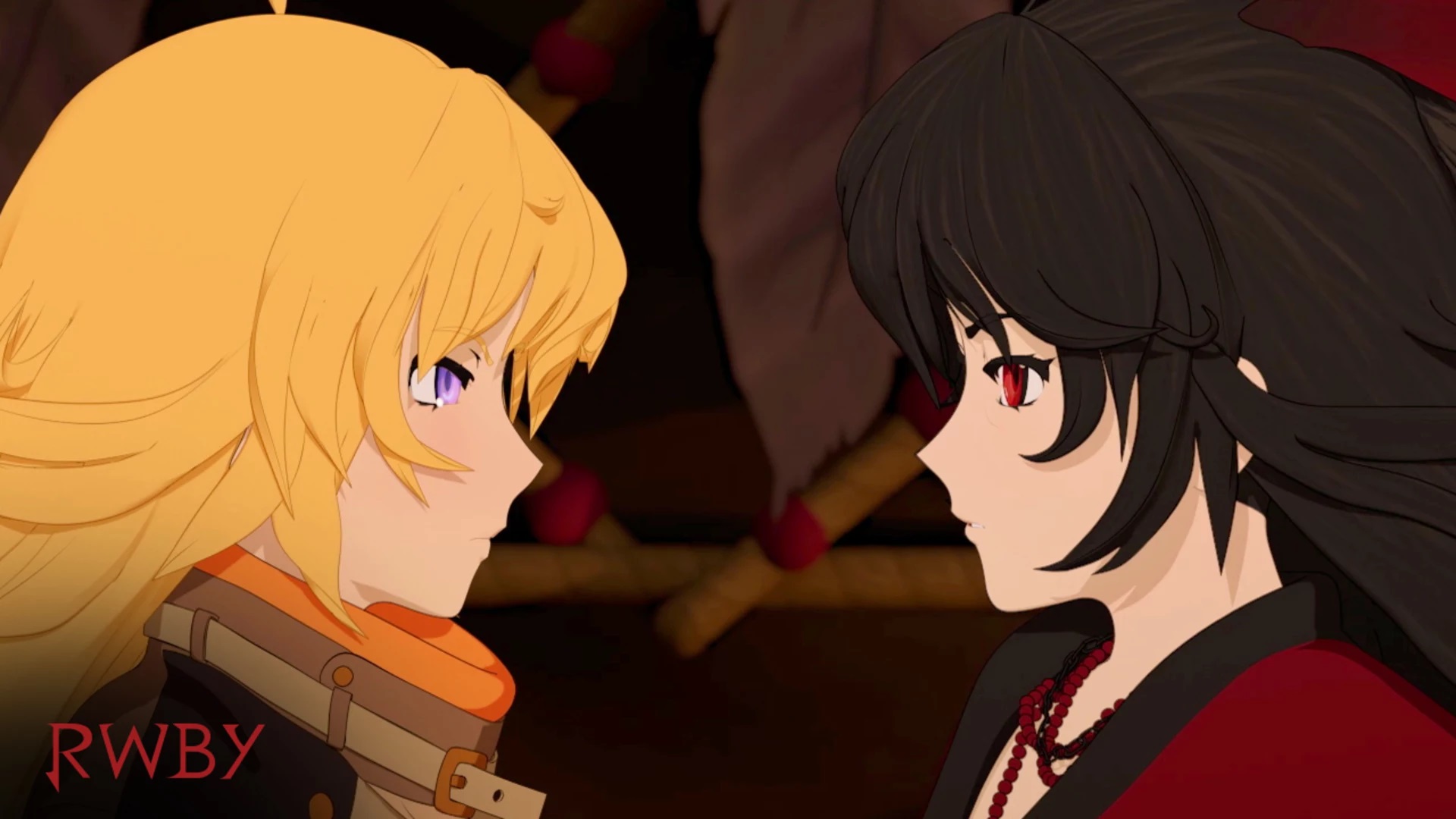 Volume 5 is mainly a solid conversation with Yang and Raven. After all these years it’s great to finally see Raven as the focus here and she makes a lot of good point about why Ozpin cannot be trusted. Of course Raven shouldn’t be trusted too much either but she’s rather open about that and says not to trust anyone. It’s good advice even if the characters may feel a bit iffy taking it from her. While this isn’t exactly an action heavy episode, it’s fairly up there because the story is really interesting here. These are plot elements we’ve wanted to know for quite a long time now. I like that Yang doesn’t back off and the music is really tense. In the B plot with Qrow trying to find huntsmen, you can see how things are dire as there appears to be nobody left. Salem has done her work well. 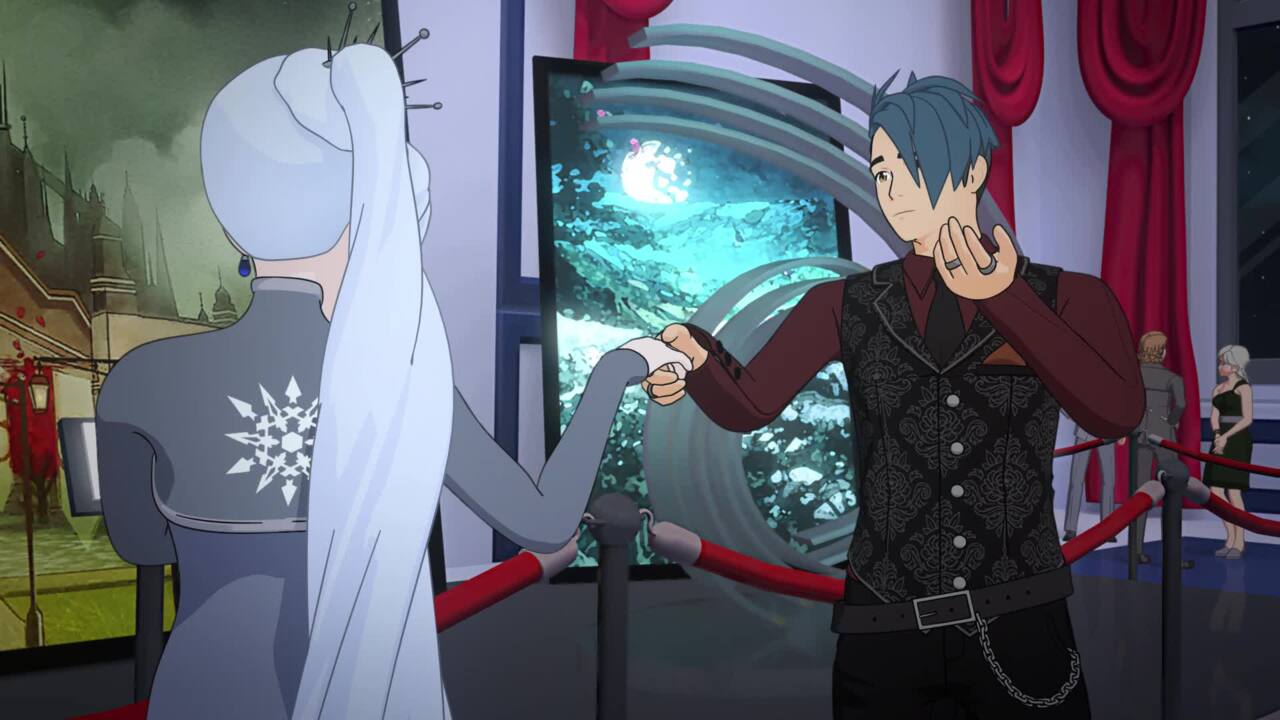 This may be the highest that Volume 4 has been all season and it’s no surprise that this one would do good as Tyrian shows up here for the cliffhanger at the end. It’s nice to see what an evil pro fighter can do. Up until this point we haven’t really gotten to see any of Salem’s Cabal fight all that seriously. Yes we had Cinder and her two minions fighting but that’s about it. The fact that Tyrian is able to take down Ruby’s squad in an instant is impressive.

If it was Team RWBY then I don’t think it would have been quite so easy though but ultimately they would probably lose that one. It’s a really hype way to increase the stakes here and Volume 4 needed a spark so this did the trick. In the subplot we had the Weiss party and as always Ironwood was a good voice of reason here. He wasn’t about to arrest Weiss or do anything like that because he was probably annoyed at how fake the people of Atlas were being as well. I liked the early foreshadowing about Mantle needing some help as well since that wouldn’t become a big issue until Volume 7. 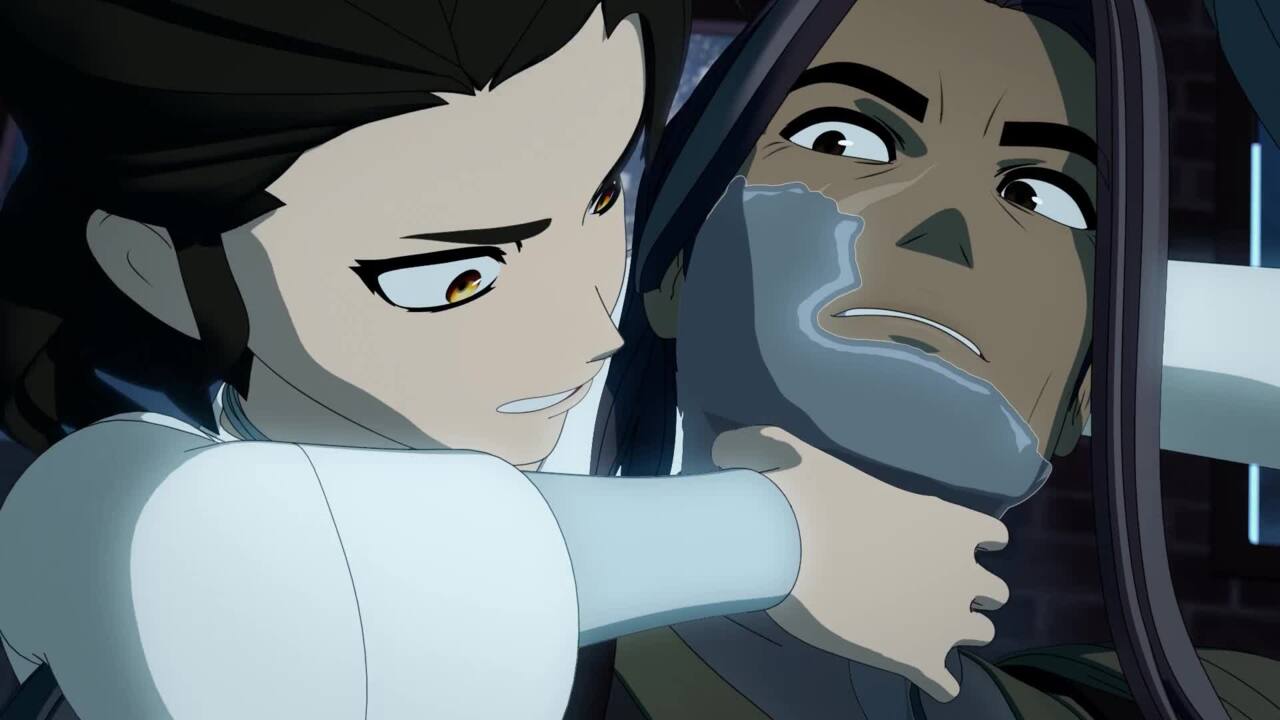 After all these years we finally got to see Cinder’s backstory and it really works out well. She put up with quite a lot until the experiences all broke her. If the local Huntsman had handled things a little better then perhaps she wouldn’t have ended up turning out evil but in the end that just wasn’t in the cards. The new track for Cinder was really impressive and this was definitely enough to get the episode really high. Beyond that we also got setup in the present as Salem is sending Cinder back into the fight and Mercury is also finally turning against her. That’s something Cinder needs to watch out for since she is no longer the most powerful fighter around. We also have Team Jaune getting ready to go and infiltrate Salem’s ship which is sure to be a really intense plot.

I don’t think it’ll surprise anyone that Volume 3 is at the top here. It’s been doing really well so far and this was no exception. The first half of the episode is a little slow as Ozpin and the team give Pyrrha a lesson on the fairy tales but then we get over to the Mercury vs Yang fight which is where things really get intense. To date this is still one of the most impressive fights in the whole series. The choreography is amazing and there’s just so much great action to enjoy here. The ending is also intense and really marked the change in tone for the series. From here the volume would only get more and more desperate for the heroes and would continue to remind us why Volume 3 is the best out there. So if no Volume could dethrone it before, we’ll see if they can coming up but of course there is a lot of great competition coming up.

So that wraps up the episode 6s here. It’s been a run ride through memory lane and it’s also just a lot of fun to see how the animation has been changing throughout each volume. You can pretty clearly tell what volume any given scene is from of course it also helps that they tend to change their outfits a lot or the scenes are memorable enough where you remember the background.