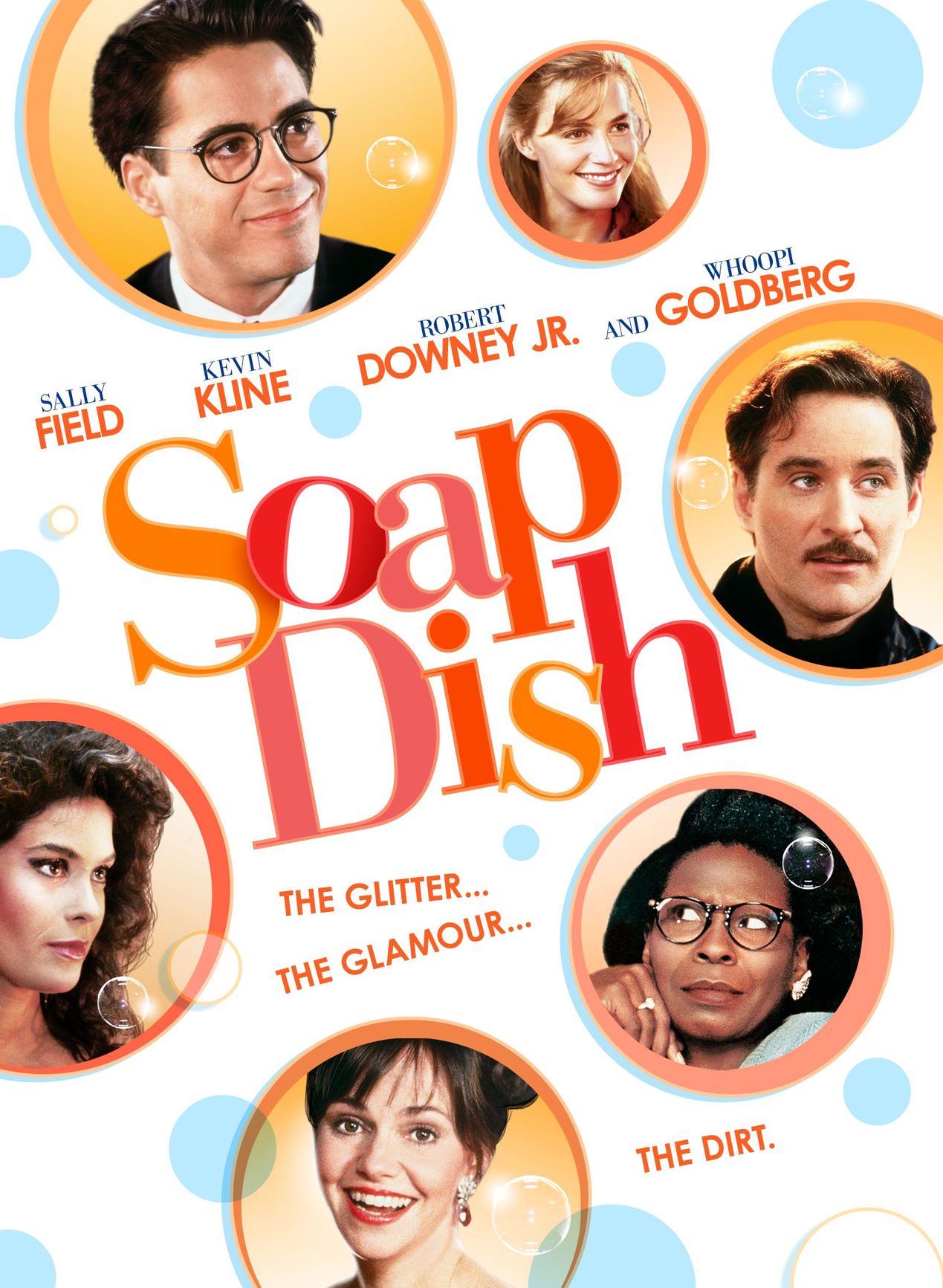 It’s time for a movie about a soap opera that ends up becoming a bit of a soap opera itself in real life. You can definitely see how there would be some irony in that. It’s an interesting angle but with all of these plot twists things don’t always work out pretty well. The romance is also particularly weak here which definitely doesn’t help matters. The best character is definitely the executive who is here to make sure that things don’t go wrong. He puts the pressure on quite a bit even if he’s completely out of the loop on things. I also feel like one of the villains got off rather easy. Still a happy ending for the cast I suppose.

The movie starts by introducing us to Celeste winning yet another award. She’s been with her show for many years at this point and has won a number of awards. The show is her very life and she could never take herself away from it. That being said, the rest of the actors and actresses in the show really don’t like her. In particular one girl named Montana wants to especially get rid of Celeste. She gets the director -David to agree to find a way to get her off the show. Unfortunately every tactic they try backfires. Finally they have an idea. They’ll bring in one of her old flings -Jeffrey back into the stage. Jeffrey’s certainly got an axe to grind with Celeste so things could get tricky. Meanwhile Celeste’s niece Lori shows up and wants to be in the show. She scores a role as an extra but aims to continue to rise higher and higher.

There’s definitely quite a lot of drama here. All of the characters have their own agendas and people have to take sides. Because of that in some ways it works out well for Celeste since they can’t just get rid of her. She has one friend in her writer Rose and that’s a good friend to have. Celeste doesn’t do much to show us why we should root for her though. She is a lot to handle on set and tends to be mean to everyone. She even comes close to getting her costume designer fired for no real reason. It’s things like this that really don’t help her case with the other characters. They say she’s spoiled and she really does fit that description. They certainly aren’t wrong and that’s pretty tragic in its own way. So later on when she has valid concerns it’s hard for the other characters to really help out.

Meanwhile Montana is definitely a pretty intense villain. Certainly a delusional one though who would have actually been in a pretty good position if she wasn’t so heavy handed. Her manipulating David was only going to work for so long before he grew tired of the game or the execs stepped in. Her last attempt was definitely a pretty bold one though that could have actually had a shot to work. I wonder what the real script was though. Meanwhile David looks downright terrible throughout the movie. The guy was manipulated with extreme ease throughout so it’s hard to have any real respect for the guy. His motivations are terrible. He may be quick with his wit but that’s about it.

Then you have Lori who I have to say was a little unreasonable at times. I thought that the same got to her head rather quickly. Does she really think the studio would go for her, someone who’s only been on the show for a few days vs someone who’s been there for over 20 years or a guy that just had a big comeback? She’s certainly setting herself up for disappointment if you ask me. She is right that Celeste should have mentioned the plot twist a lot sooner though. Waiting as long as she did almost caused irrevocable damage to the other characters.

Then you have Jeffrey who wants his shot at revenge against Celeste. The guy has pretty good reason for it since she intentionally sabotaged his career. When we find out the reasoning later on that doesn’t really help matters either. If anything it shows that Celeste just made the easy choice even if it meant ruining lives. Not exactly the kind of main character you were hoping to see right? If anything Jeffrey does a pretty good job for the most part although his constant retakes with Celeste was definitely crossing the line there. That’s a real petty way to try and get revenge so her kneeing him was well justified. As for Rose, she was pretty dependable. At the end of the day she did actually stick with Celeste throughout all of this so that was good of her. It makes a difference to at least have one ally at the ready.

Still, the movie definitely won’t bore you or anything. It’s a fairly interesting story with a lot going on. You can’t help but feel like it could have been even better if it tried a little harder though. Focus a little less on the romance and more on the inter office politics and you could have a winner here. I’d like to see the execs more because those guys are pretty good at riding the wave. The main exec kept overriding David on the decisions which worked really well since the studio was crashing before he stepped in.

Overall, Soapdish definitely gets very dramatic and hits a lot of the usual notes you would expect in a soap opera. The final big twist is like something out of a parody with how crazy it is. If you’re up for a lot of drama then this is definitely a film you’ll want to check out. That said, a drama is only as good as its romance and the romance here is really not good. It’s still hard to see why these two would come back together. There’s just too much deception for that so the happy ending may not last for too long. It does show that you gotta be careful in show business though. Can’t really trust anyone. Then again, that applies to any workplace really.