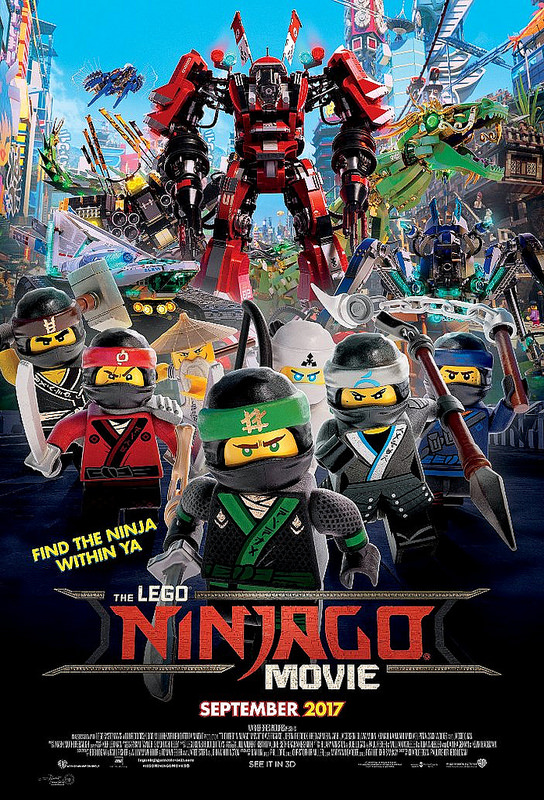 It’s time to look at another Lego adventure. The genre has definitely grown pretty big over the years to the point where random titles like Ninjago can make it to the theaters. Seeing this one’s trailer on the big screen was certainly surreal. It comes off as a very obvious parody for the most part but suddenly tries to get a little serious near the end. Honestly it’s very similar to what I usually say about Rom-Coms. The beginning-middle is usually pretty fun with the shenanigans and nobody getting along but when when all of the characters get serious near the end it doesn’t work as well. That’s basically what happened here. It’s a fun movie but the end of the film tries to be un-ironically serious which is quite the tone shift.

The beginning of the movie starts off with a kid walking into a store and wondering if he’s in the right movie. The old man assures him that this is a complete filler scene and we are then thrown into the Lego world. It’s basically known to be fake right from the start since this is all a story but hopefully that won’t dampen your enthusiasm. We learn that a man known as Garmadon has been trying to take over all of Ninjago. He is always unsuccessful every day as the Power Rangers stop him. Lets face it, Lloyd and the others are the Power Rangers. It has become such a casual every day occurrence that the media doesn’t really take it seriously although there is always a lot of property damage so nobody is thrilled about that.

The main character is Lloyd and he is Garmadon’s son so that makes things pretty tense at school. Everyone is always picking on him which is unfortunate but at least he has some friends…right? Well, these “friends” are actually all just faking it as they are quick to insult and even abandon Lloyd. After Lloyd slips up once the whole group disowns him and start insulting the guy just like everyone else. They are certainly false friends which definitely isn’t cool and if I was Lloyd I probably wouldn’t be forgetting that any time soon. Lloyd’s use of the super weapon wasn’t even that bad either even if it didn’t work out. At least he was doing something as opposed to the other Rangers who just seemed to be walking aimlessly before that moment. Lloyd was definitely a reasonable character even if he maybe couldn’t take a hint that Garmadon didn’t care much for him.

There’s not much to say about his friends though as they were all pretty iffy. They seem utterly defenseless without Lloyd and yet they are never grateful to him. You’d think that they would be a little nicer since it seems to me that he is doing all of the work. A little gratitude would be nice to be honest. In a way they are big characters and yet you probably won’t remember their names for long. At least Master Wu sees the potential in Lloyd and acts accordingly. I did feel bad for him when the old man was thrown away for most of the movie though. His fight with Garmadon was probably the best action scene in the film. Neither fighter was willing to pull their punches and the whole thing got very personal very quickly.

Meanwhile Garmadon is actually a pretty solid villain. For one thing he does bring up a lot of points like when the heroes are discussing if they should go on the right path or the short cut. Garmadon points out that they should listen to the guy who didn’t fall off a cliff as Master Wu wanted to take the Right Path but then couldn’t finish the journey. He also has a lot of interesting stories and has much more personality than most of the characters. He does set up his minions for failure and the end of his plot is super cheesy but he is still a fun villain to have. The cool design also helps a lot and bringing in a giant robot to fight the other robots just makes a lot of sense.

It’s been a while since I’ve had to bring up pacing in a bad way but unfortunately it needs to be said for this film. The movie actually has pretty good pacing for the most part but I do feel like it started to lose a little steam after the heroes met up with the generals that Garmadon had fired. Prior to that we had nonstop action scenes and some pretty good one liners. This segment just wasn’t quite as good and the climax couldn’t top the fight scenes from the beginning of the movie. That’s also why I say that the first half was a lot stronger. The mech fights were a blast and then we can’t forget to give a lot of credit to the hand to hand fight with Wu and Garmadon. Films don’t always need to have an explosive climax I suppose, but what we got just really couldn’t keep up with the opening.

The soundtrack was pretty fun. The “It’s a hard life” song was certainly unexpected but fairly nostalgic as I know I’ve heard that somewhere. The songs don’t show up too often but when they do it’s always a blast. They complement the fights well. The Lego animation still isn’t really my thing but the fights were still well choreographed and the elemental attacks looked good. You could tell that this was a theater film budget for the Lego fighters as it just looks smoother than a lot of the other Lego features.

Overall, Lego Ninjago was pretty fun. Considering that this is a more random Lego film than the others I’ve seen which were all based on popular franchises, I thought that it did pretty good. The film’s humor mostly hit all of the right notes and the fight scenes were solid. The film built up a decent amount of lore that it could use for the next film and the Cat got the props that he deserved. I do think that adding the human characters was completely unnecessary though and felt a little forced. Skipping that brief instance entirely would have been a very good idea if you ask me. If you’re on the fence with this film because it looks like a second rate comedy I can assure you that it has a reasonable amount of depth and stands proud as a good film. That being said, I would sooner recommend you check out The Lego Movie first as that one is very similar but a step above this one.