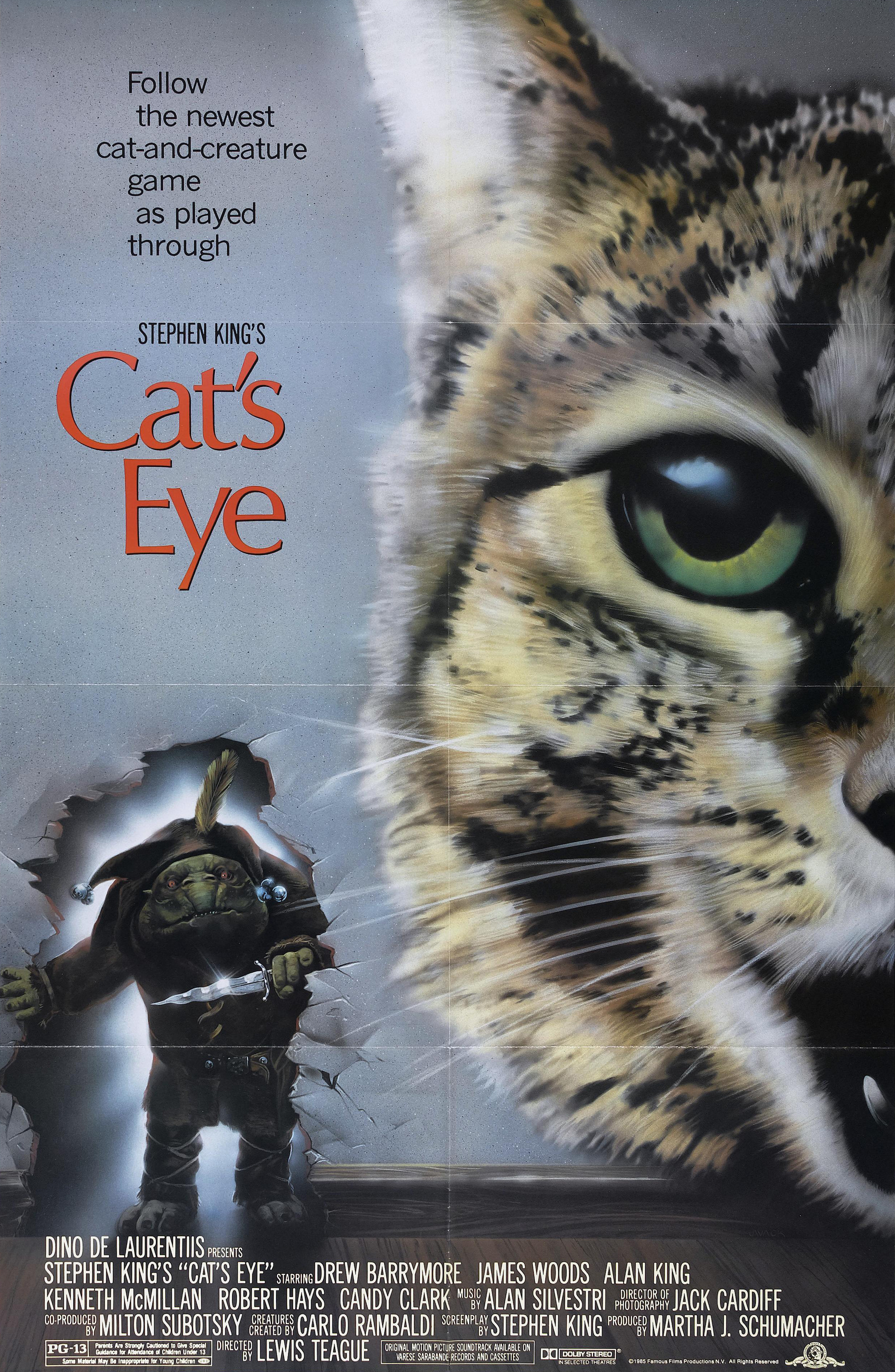 It’s time to check out a horror anthology from a while back. This one has 3 stories so each one gets around 30 minutes to play around. Anthologies are one of the hardest genres to pull off because with the stories being so different it is more likely that one of them will make a mistake. The second story is definitely the best one but the other two don’t do enough to keep this film in the green. Now lets look at all of the stories in turn.

The first story is about a company that strives to help people get away from their smoking addiction. Morrison heads over to this place after having it be recommended to him by a friend. Unfortunately the place is a lot more extreme than he would have ever guessed. Vinnie is the head there and he informs Morrison that they have a 100% clear rate. Each time Morrison smokes a cigarette something bad will happen to his family. If he makes a mistake one too many times then they will all be destroyed. Vinnie seems to have agents everywhere and Morrison now must end his addiction instantly or it’s game over.

Of course addiction is extremely difficult and one of the toughest things to stop. It’s why around the world we have so many clinics and treatment centers. Many believe that can stop whenever they want to and there are a small subsection who can do it on their own. Fact of the matter is that many need some assistance to stop and that’s why Morrison has a tough time here. He was seeking help in the first place so now that he has to effectively end it on his own it’l be extra hard since he had admitted to himself that he couldn’t do it. All that said, it’s still tough to see him sneaking a smoke when he knows that his wife will be the one paying the price now. When someone else is in trouble I believe that gives you the extra motivation to get through.

Morrison does try to attack Vinnie once and comes close to grabbing the gun. Unfortunately he was unsuccessful and that was really the last attempt he would be able to make. The short has a grim ending since Vinnie effectively wins and now Morrison has directly endangered others by recommending his service. I don’t like how buddy buddy they are by the end. I suppose we can assume that Morrison has resigned himself to his fate and is trying his best to live with this, but there’s no reason why he has to be their friends and chatting like old buddies. There’s a twist at the end, but it shouldn’t have been a twist for Morrison unless he’s one of the most gullible guys around. It’s a tense special but with Vinnie continuing to endanger others with his unnecessarily grim punishments it does end on a sour note.

The second special introduces us to a rich man named Cressner. He finds out that his wife is cheating with a guy named Johnny and decides that both of them have to go. For Johnny he figures that it’s time to mess with the tennis pro first. He tells Johnny that he can survive this if he walks around the building. The exterior of the building has a ledge that is wide enough to walk through, but the building is very high up and there is a lot of wind. One misstep would mean instant death and Cressner is following the whole time from inside the building to make the walk even tougher by splashing water and firing off his gun. Can Johnny make it all the way around and will this give him some time to reflect on why cheating is wrong and will always catch up to you?

This one’s my favorite special as the plot is more fun and at least we get to see Johnny fight. One thing that does hurt right away though is the fact that Johnny was cheating with the guy’s wife. Two wrongs don’t make a right of course, but Johnny is really not in the right here. The guy shouldn’t be going after people who are taken and it ultimately ended up costing her as well. The ending is solid though as Johnny takes them both on and gets a gun at the ready. You can probably imagine how he will plan his comeback against Cressner. Then you’ve got a determined bird who shows up to make the walk even more difficult. It is hard to see why they don’t just try to kick it away sooner, but maybe they were worried that the motion would cause them to lose their balance. It’s probably a good risk though since the pecks would eventually have the same effect.

Then you’ve got the final story. So throughout these 3 stories there has been a cat around. His name is the General and he is trying to find a kid who has been calling to him on the Astral Plane. Her name is Amanda and she is being attacked by a monster under her bed. Naturally the parents don’t believe this and to their defense this monster is pretty smart. He seals the entrance to his world each time and through reality manipulation makes it so that the hole leads to nothing if the parents check. That’s why she needs a specialist. The monster frames General, but the cat isn’t quite ready to let that be the end. Can he stop this monster?

This story isn’t quite as solid. Amanda is too young to really hold her own as a main character here. She does her best to explain the situation, but naturally it doesn’t work too well. The Dad seems to suspect that something isn’t quite right, but he doesn’t speak up most of the time so he may as well not know. Then you have the Mom who really doesn’t like the cat and gets a lot of villainous music. I do feel bad for the bird so I can see why she got upset. Why did the bird have to be taken down like that, he was just an innocent little guy trying to survive day by day. Letting a cat in so close to the bird does feel pretty risky even if General turned out to be good. The monster is pretty intense and gives us as decent an action scene as you can try to have between a cat and a monster. It’s not really my cup of tea though and I’ll take the hand to hand fight from the second special.

Overall, The Cat’s Eye’s 3 stories all vary. If I were ranking the stories I’d give the first one a 3, the second a 6, and the third a 4. The first one’s just a little too grim with that ending and the third one’s mainly based around animals and kids which is not a recipe for success with the cat getting injured and the bird dying. The middle story is fun enough even if Johnny isn’t really a main character that you can reasonably root for. If you like short stories like this then this is a good movie for you to check out. There don’t seem to be many anthologies these days as I suppose TV shows handle that for you. If you want a quick 30 minute experience then you would watch a show. So unless you are a big short story fan then you should probably check out something like the original Ghostbusters instead.