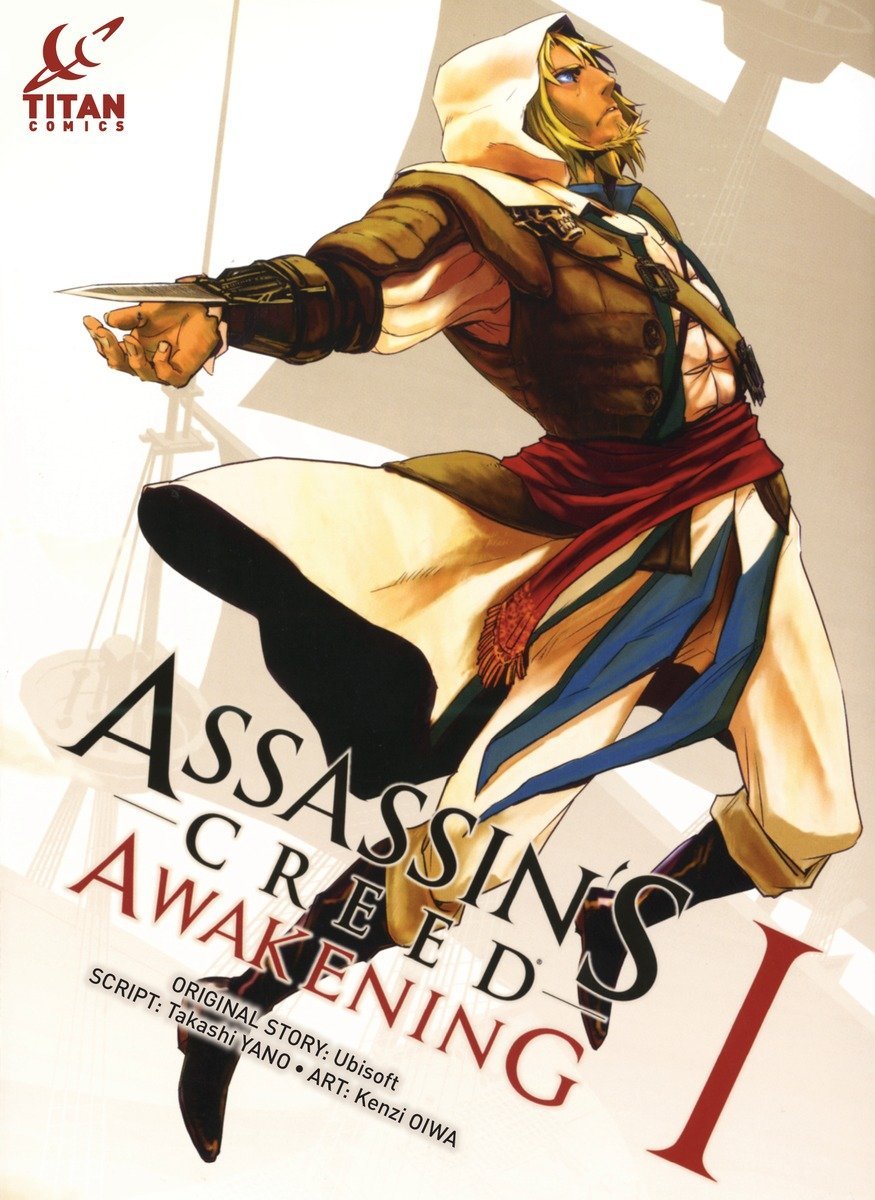 Assassin’s Creed is a series that I still can’t say I’m super familiar with but now I’ve watched the movie and read two of the manga titles (Haven’t finished the second yet) so slowly I’m becoming a bit of a veteran you could say. Typically manga based on another product don’t tend to have the best art and I’d say that’s true of this one too, but it’s good enough. It’s definitely better than the average adaption title at least and it makes for a fun read.

The story starts with Edward Kenway barely surviving as his pirate ship is downed. It’s a shame for him because he had been gearing up to be a great pirate with lots of influence but that’ll be tough now. He does come across a mysterious guy who is dying though and after evading the man’s last strike, Edward takes his gear. Edward now appears to me a member of the Assassin’s Creed but in doing so he has made enemies out of the rest of their members. Additionally while he sides with the pirates, they are slowly being outnumbered by the government and people who have defected from the pirates. Can he find out a way to thrive in this new non-pirate era?

Then in the present you have Masato who is living out these experiences through a fancy VR machine. The developers say it is a video game that will be released to the general public soon but the whole thing seems rather shady. The only reason Masato even agreed to this is because apparently his mother recommended him as a tester and his parents have been distant at best. Now maybe he can actually connect with her but part of him is still bitter so he’s not even sure what he really wants to do.

Of course it seems like the VR machine is always just a tool for the enemy to find out about the Creed’s secrets in the present. At least from what I’ve experienced so far that always seems to be the case. The two scientists don’t act too shady at least so it’s not super obvious but since Masato is already on edge that at least gives him a fighting chance in not just blindly obeying them. The way the machine works is also clever since Masato thinks he is the one actually in control, not realizing that he is just following a series of predetermined steps. Since in a way he becomes Edward during his play time, he naturally acts in the way that history ordained even if he doesn’t realize it.

I like that he actually did provide some nice criticism of it though. He makes for a solid main character and ultimately does get with the program pretty quickly. Partially because of how he’s always upset, Masato doesn’t trust anyone naturally. The ending of the manga is a bit abrupt in the present timeline as his father shows up but it does make for a pretty hype ending. We see exactly what Masato can do and exactly why the VR is a double edged sword for the villains.

On one hand, through the recordings they get to see exactly what happened through Masato’s eyes but on the other hand he retains the combat experience so eventually he will grow up to be one of the deadliest fighters. In a way it’s a shame that the manga ends so soon though because I think the most interesting aspect of the series would be seeing what is happening in the present. The old era with the pirates is decent and all but the scenes in the present have a lot more gravity to them because you really don’t know what will happen. It’s an open book and I’d like to see how the two factions are operating in the present with current tech. In theory it should be a lot harder for them to run around without causing attention.

Lets talk about the past though since that is still the majority of the series. We follow Edward Kenway and he’s not nearly as likable as Masato but he’s decent. The guy is a bit rough around the edges and certainly no hero but I do like his confidence. The guy is a quick learner and even becomes a true member of the Creed by mastering the fighting styles and trials. He’ll do whatever it takes to win and doesn’t shrink away from fights where he is outnumbered. A lot of the pirates end up taking the easy way out later on but not Edward, he just keeps at it. 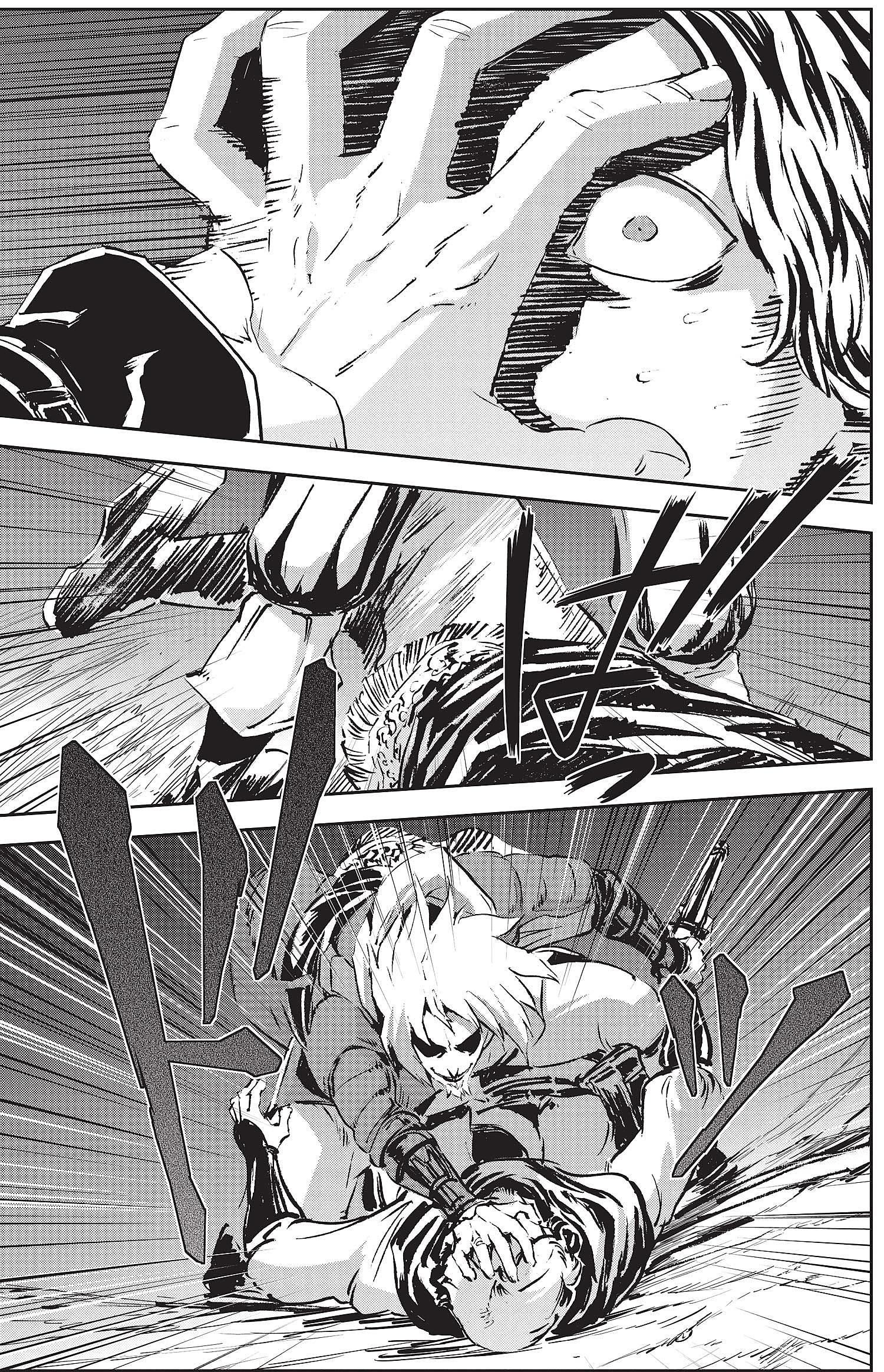 Ultimately you feel like he will be captured at some point because the enemies of the pirates are just too vast but at least he’ll go down on his terms. Blackbeard also made for a fun ally who held his own in the fights. Edward doesn’t have too many friends that he can rely on so at least he had one there. While this plot gets more screen time tan the present, you still feel like you’re just at the tip of the iceberg with his adventures. I’m not sure if the manga adapts the whole game or not but I’m assuming that it does end early so this is more of a preview to get you hyped to play the game. I’d be really surprised if it ended on this note at least.

As I mentioned earlier, the art’s not bad. It’s actually a little better than I was expecting. The action scenes work out pretty well and the only times where you can feel the weakness a little tends to be in the character’s facial expression. They can be a bit shaky but the style itself works out well enough. You’ll be breezing through the pages either way so the art won’t be slowing you down there.

There’s not a ton you can do in two volumes but I would say the series did well with what it had. There surprisingly isn’t really any kind of supporting characters beyond the two developers and the father who appears at the end so if this kept on going I assume that a bunch of characters would show up. Then in the past I’d like to see more of the Assassins because I think the group has a lot of potential. There are clearly members whose skills match and even exceed that of Edward’s so they can give him a run for his money. Throw in the fact that the other faction should be just as strong and there’s a lot of lore to enjoy.

They’re both looking for a certain treasure that will apparently grant you a lot of power. I forget if it is knowledge of all things in the form of an apple or I might be mixing that up with a different title. Either way this is something that the Assassins have to protect and the villain group want to find. One group wants to maintain order while the other one wants chaos. Since neither one of the groups appear to be purely good, it would be interesting if the villains try to turn Edward at some point. I’m sure each group has a lot of dirt on the other and Edward’s nearly been murdered by both sides after all.

Ideally Edward needs to build up his own group of strong pirates to stop either side should they try to get in his way. It may be easier said than done though given how skilled they are. Most of the pirates seemed rather weak the whole time which is why they were so quick to side with the government. Speaking of which, the government would be a nice third party but something tells me they’ve been infiltrated by both sides anyway. 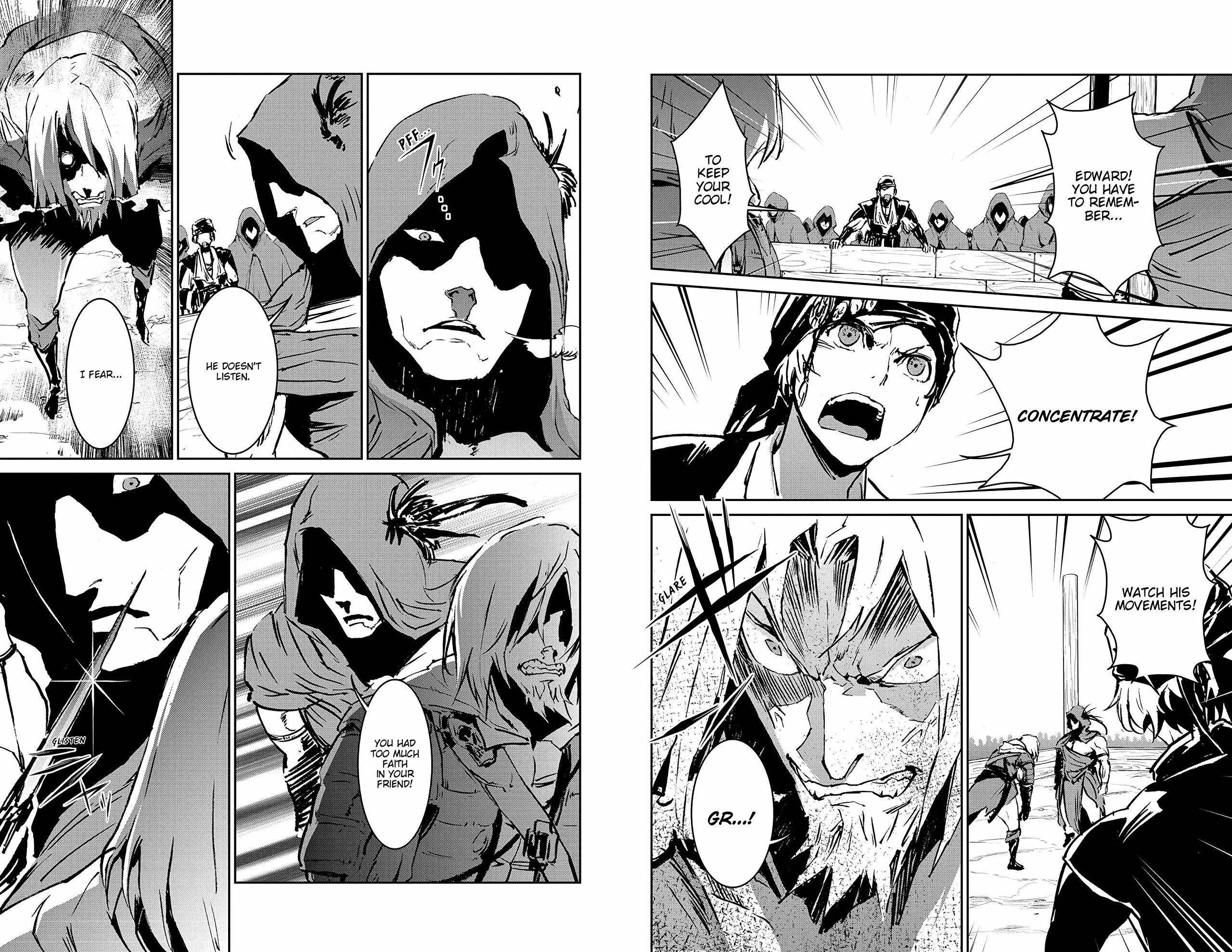 Overall, Awakening is a good manga but it’s one that ends as soon as it has begun. It almost feels like a cancelled manga in that sense where the adventure ends but there are so many open plot threads and lore to get into that it could have just kept going. Maybe one day it’ll get a sequel or something because manga onlies should still get a complete experience here. If you’re looking for a solid pirate manga then this is a good one to check out though. The action is almost nonstop as something is always happening and you should find the present plot to be very intriguing. The series knows how to keep the suspense high and right now I would say it’s the best Assassin’s Creed title as it is currently beating the other series I was reading. Of course, that could change depending on the other one’s final volume.