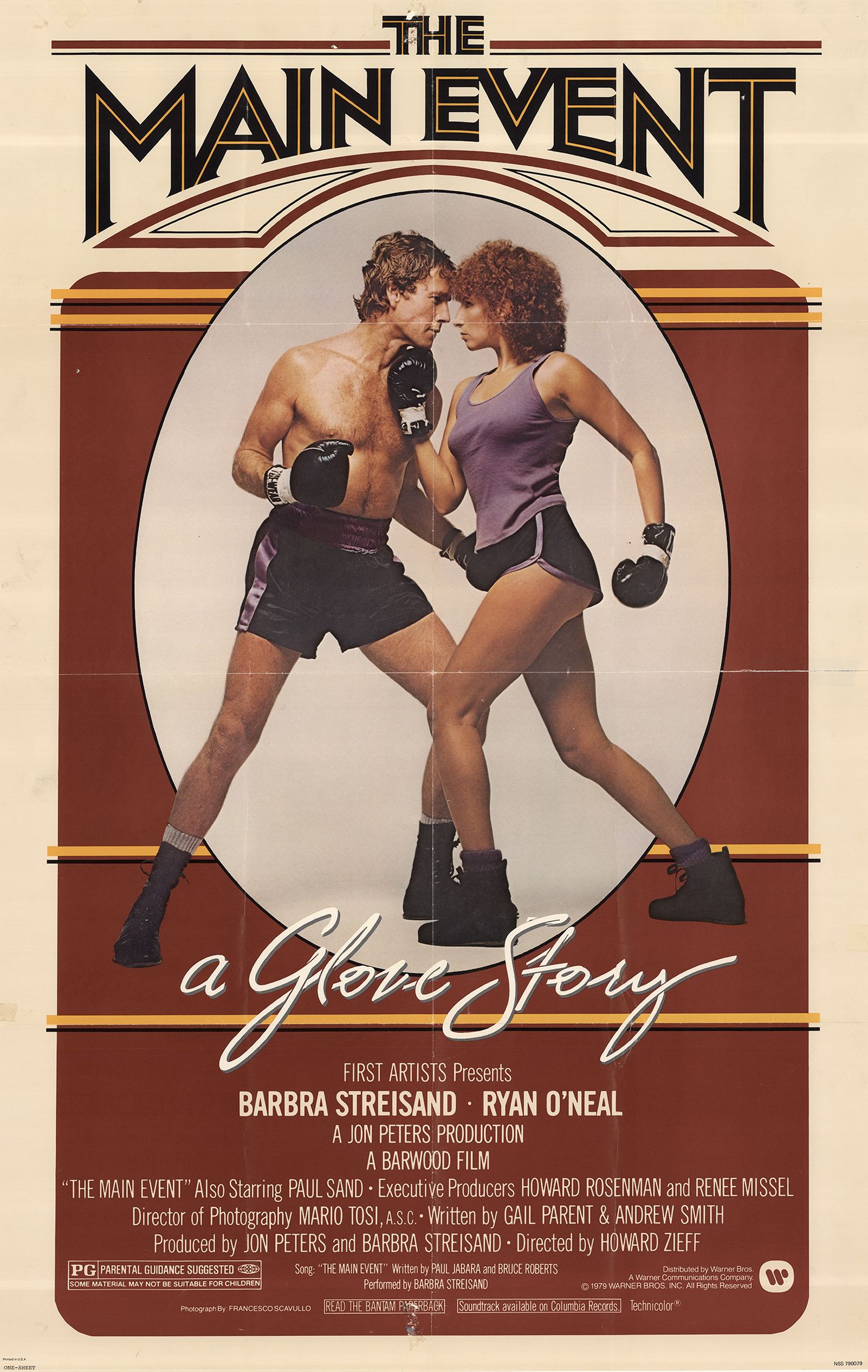 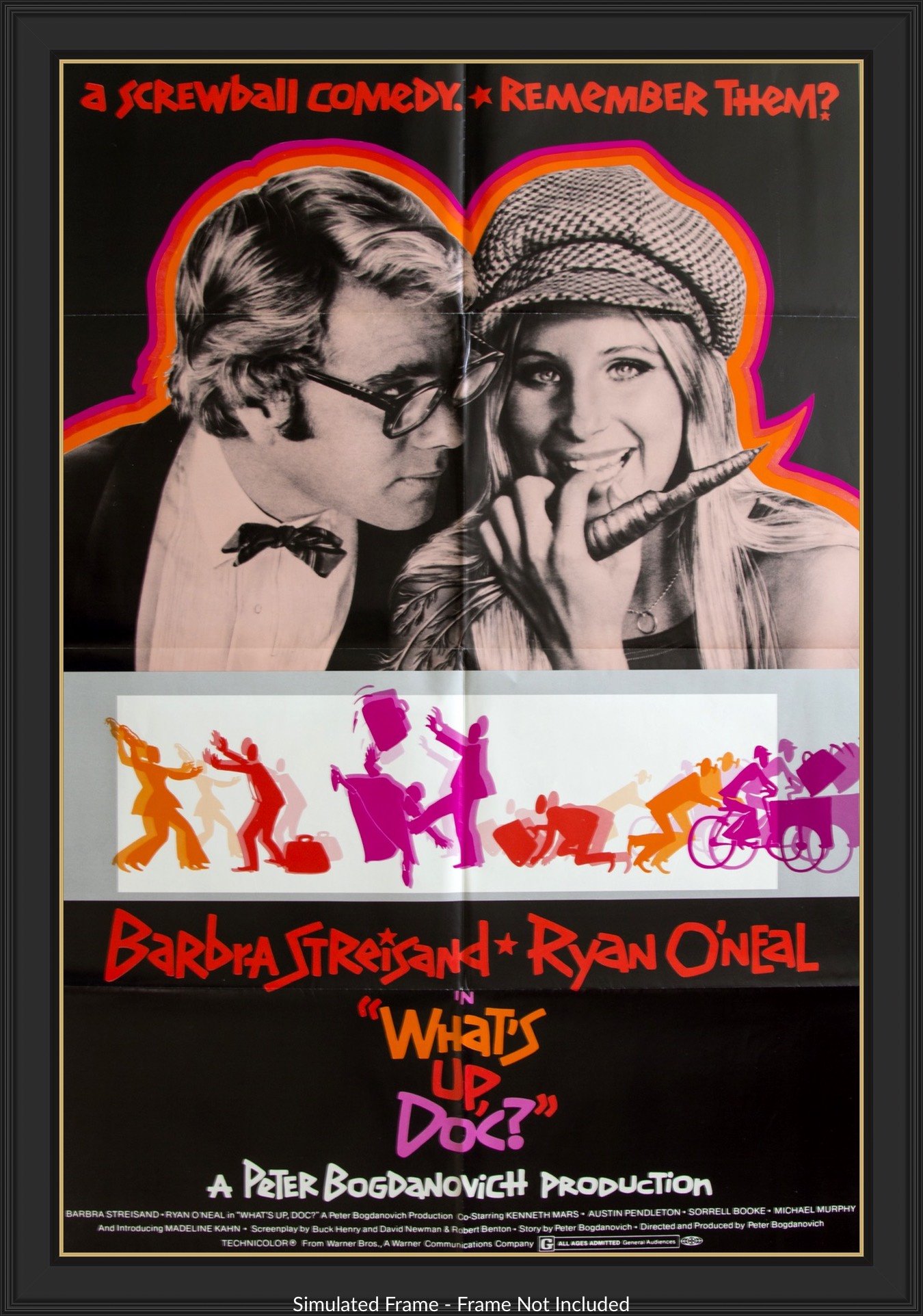 It’s time to take a look at an old rom-com film. The title is definitely iconic since it’s borrowing from the legendary Looney Tunes quote so you aren’t likely to forget the title after you see the movie. It’s a pretty fun film although at the end of the day you can’t really root for any of the main characters since they tend to make a lot of questionable decisions. The person you can count on is the guy who’s trying to get the suitcase. (There are a few different characters with this objective though)

The film’s plot starts off with Howard checking into a hotel along with his fiancee Eunice. He is trying to get a grant so he can continue his research on the rocks. It’ll be tough but Howard thinks he has a good shot and Eunice is going to make sure that he scores the win. A wrinkle gets thrown into the arrangements when Howard bumps into a lady named Judy. Judy decides that she’s going to steal Howard away from Eunice and is willing to do whatever it takes to break them apart. Whether it’s through lying, framing, or even by sending someone away to their death there is no line that Judy will not cross. This is why most characters don’t mess with her. Can Howard secure the grant and keep his relationship intact or will he end up cracking under pressure?

Meanwhile there is a Mr. Smith who has classified documents from the government. He’s come to the same hotel as well and his suitcase is the same design which is where things start to get messy. There are 4 suitcases in the hotel that all look identical only one of them has classified papers, one has jewels, one has books, and one has rocks. Through various shenanigans the suitcases all get shuffled and now Mr. Smith needs to find the right one. He isn’t alone though as many other parties want the suitcase which leads to a lot of running about. Since some of these guys are actual mobsters you can bet that the guns are put into play before long.

That was personally my favorite part of the movie. It was a lot of fun to see everyone going after the suitcase and it led to a lot of fun situations. I was rooting for Mr. Smith the whole time and he really stole the show. The guy is definitely not very trustworthy and I would recommend keeping your guard up around him, but he was just a lot of fun. The guy knew when it was time to take charge. The other interested parties are all pretty intense about this as well, but I don’t think there is any point where you will be rooting for them over Howard.

Still, that is technically the sub plot. The main thing is all about Howard and unfortunately he does not have enough strength in his convictions to resist Judy’s advances. There were already some warning bells going off when he went along with her act during the grant making process, but it all crumbled once he made it to the roof which is easily the worst scene in the film. I’d say that Howard lasted a while at least before being tempted, but not really. He’s fairly oblivious for the most part, but I can’t say that this is a valid excuse for anything. I do wonder how he and Eunice ended up together in the first place and there’s a reasonable chance that she actually was just using him for the money. It’s a lot of assumptions though and the easiest story here is that she was actually a nice person who just lost out. Howard should have just stayed strong and should have also explained things to Eunice a little clearer right from the start. Judy loses her ammo if Howard spills the beans right away.

As for Judy, her whole plan is to steal away someone that she knows is in a relationship so I definitely wasn’t rooting for her. She’s a very self absorbed character who will do anything for her own interests and it shows. She really has no regard for how things will affect Howard so long as she “wins.” She easily manipulates most of the men in the film and so hopefully Howard realizes that he is no exception. Meanwhile Eunice is pretty reasonable for the most part. It’s a bit of a Home Alone type scenario where the step mom actually isn’t all that bad, but has to lose so towards the end she doesn’t do very well. Eunice has a lot of good reasons to be upset by the end after all. From her point of view Howard has basically started betraying her pretty easily over a lady that he just met. That’s not a good look for him.

It goes without saying that I couldn’t really get on board with the romance. I don’t care if Judy turned out to be the nicest character in the world, Howard was taken so that should have been the end of the story right there. Beyond that the writing was pretty solid though. Judy makes for a good antagonist and always has some kind of comeback at the ready. She’s certainly more prepared for any scenario than Howard. The film really flies by thanks to the quick pacing.

Overall, What’s Up Doc is a good film. I feel like it’s really only held back by the fact that you’re forced to root against the main characters even though you know from the start how this is all going to end. The plot’s a little suspect to be sure, but at least we still had the subplot with the briefcases. That does lead to an intense climax where they even throw in one of those really long car chases from back in the day. That always makes for a fun little sequence and it was a good way to wrap up all of the plots. I’d recommend checking this one out.