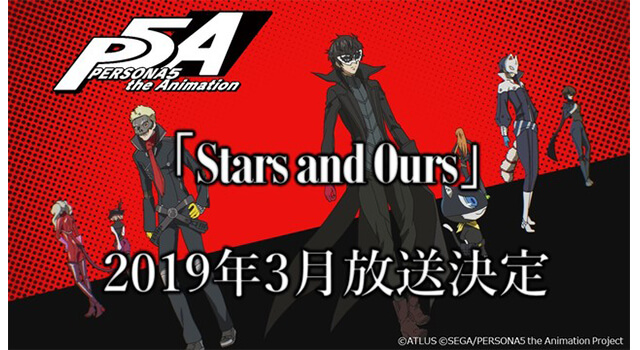 It’s time to end the main journey of the Persona 5 cast. With just about everyone down for the count you’d think that this is all over right? Well not quite as a new villain shows up and the heroes have to quickly try to save the world last time. This time they are not fighting merely as thieves but as protectors to stop corrupt cosmic beings. It’s all in their hands now!

After stopping Shido things should have gone well but instead humanity has started to forget about the Phantom Thieves. That wouldn’t be so bad except that the Holy Grail has decided to end these guys once and for all and is turning this into reality. The heroes will cease to exist if they aren’t remembered soon and Joker is thrown back into his metaphysical cage. Can he get the band together one last time to stop this god or will he be taken down for good?

This special really gets out there with how powerful the villain is but Persona usually does like to get crazy by the end so it was nice to raise the stakes here. It’s hard to say exactly what the Grail’s goals are beyond just messing with everyone though. Perhaps that is it as it’s the negative feelings of everyone brought forth into life. It seems like the Grail tends to be evil in most shows where it appears and this one’s no exception. The fact that it can actually talk and has a cool super form is pretty near though. It makes its presence known right from the start as a fighter who should not be trifled with. There may not be a lot to him but he made for a solid final boss.

It was also nice to see the old jail cell appear again because this was one plot that never really got resolved. The whole time they’ve been telling Joker how he needed to be rehabilitated and all of that but he seemed like a nice guy from the start so it was always odd to him. Well, it turns out that the whole thing was a farce at least for a while now. Fortunately the two jailers had enough strength of will not to make a big mistake. I still wouldn’t say that I’m a big fan of them considering how close they came to ending it all but despite their vow but better late than never.

Joker manages to save everyone pretty quickly so it doesn’t become a full adventure or anything but it was a nice side journey. We also get to peer into Mementos for part of the climax and you get cameos from all of the other villains. The idea of a shared dungeon where everyone interacts was pretty interesting when they first showed it in the anime and it’s still cool here. It does make you feel like most people need to watch their backs though because all it would take is one really strong soul to overpower the others.

Joker and friends are strong enough to resist but they have powers of their own which helps a lot. The average person would not be quite so lucky. This leads into the main battle with the Grail as it is so the whole dungeon really was dangerous from the start. Now we find out by the end that destroying Mementos would also remove the powers that the lead has or at least that’s a main part of it. Presumably everyone else loses their powers as well so there will be no more dimension hopping but I have to wonder how that’s possible.

In theory shouldn’t everyone still have a dark side at some point or another? Did the heroes really cleanse the whole world of negative thoughts in one shot or was it just the city? I’m not a big fan of the whole losing powers thing because while it may be a common type of ending, I don’t think it made much sense here. I don’t see how the realm would go away or why the powers would fade. Furthermore, it also hurts the chances of a true sequel. yeah you could say the heroes just got their powers back or it was just a temporary loss but doing that from the beginning would be preferable.

It’s also a shame because the heroes had been doing so much good work throughout the city. They stopped a bunch of the corrupt adults and were making the world a better place one step at a time. Having to lose their abilities is just a really rough fate should they decide to stop the Grail. The way the ending plays out is decent. It’s happy enough and all but I don’t think it’s quite as complete an ending as it could have been otherwise. At least you don’t have to worry about cliffhangers I suppose.

The animation is pretty standard here. We get a pretty intense face off near the end but this one doesn’t have as much action as the last special. It’s definitely more of a dialogue based adventure this time around as the heroes get their closure. Then for the soundtrack you’ve got all of the fun Persona themes so that’s always a thumbs up. Persona did not hold back when it came to the musical tracks that play the whole time.

One of the most memorable parts here is definitely when the people forget the thieves and they start to fade away. It’s like something out of Infinity War and I thought it was really impressive at least. Fortunately Joker had the demons and parallel world looking out so the jail prevented him from losing it all but it was still close. I also thought it was just intense how the Grail could make that possible and cause people to forget so quickly. The Thieves weren’t exactly private figures after all so that was an impressive feat.

Overall, Persona 5 may have ended in a different direction than how I would have done things but it’s still good in the end. The story is interesting from start to finish which is always the important thing. The main cast was solid here and everyone got to help out. In these two specials I wouldn’t say that any member got a big role in particular aside from Joker but just being there to help out in general is always appreciated. Teamwork through unity right? The Grail made for a solid final boss so in the end the special made the right moves here and I look forward to seeing what Persona experience is next. This is definitely a good title to check out now if you haven’t already seen it.