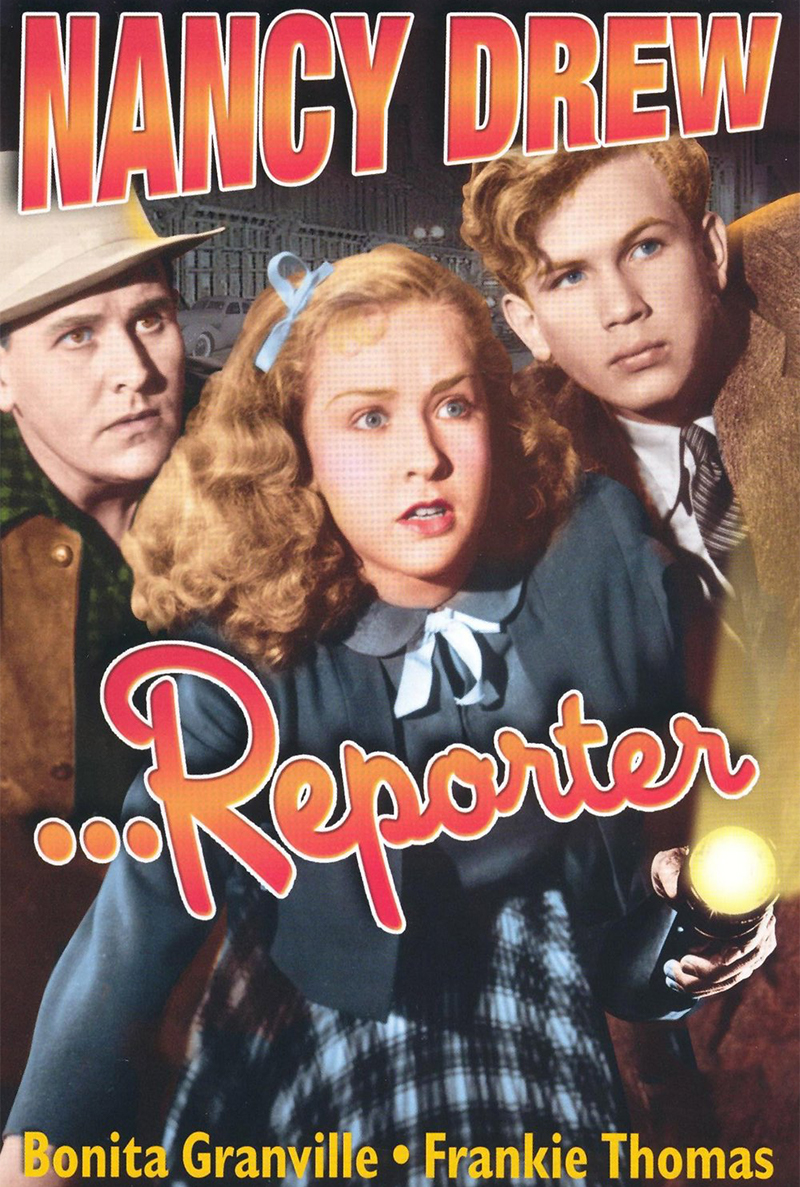 Nancy Drew is back in another installment. It’s been a while since I saw the first film but this one throws you right back into the fold so it’s like the series never left. It’s a pretty classic kind of mystery and keeps a calm vibe. You wouldn’t quite call this a thriller mystery but more of a slice of life one. Not to say that the stakes aren’t high though. The villains still do have guns and someone’s life is on the line but as it takes place in a little town where it seems like danger is more of a foreign concept it never feels too crazy for the heroes.

Nancy and her club have been chosen to be Newspaper reporters for a few days. They are each tasked with an assignment and the one who comes up with the best story gets a medal and $50 dollars. Unfortunately, they aren’t taken too seriously and are all given rather unimportant tasks. Most of the girls just accept this, but not Nancy. She quickly switches out the story for a murder case and it’s a good thing she did. The person in custody is close to the end of her rope and Nancy is sure that the lady is innocent. All of the evidence points the other way but Nancy has a chance to get the smoking gun of the case. It’s a disc that contains the fingerprints of whoever poisoned the victim. Nancy just needs to find it and she’ll have her friend assist. Will she be able to solve the case in time?

As always Nancy calls in her pal Ted to help her here. You gotta feel bad for the guy though because he’s just trying his hardest to mind his own business and improve his skills. He was taking tennis lessons and even knew how to dodge the ole traps around the community. Unfortunately he’s just too nice of a guy to say no to someone in trouble so he always ends up assisting Nancy with whatever task she needs. He does a good job of not shying away from danger though and actually proves to be smarter than Nancy. While that may sort of hurt the overall premise of Nancy being the detective in these movies, at least it gives Ted some hype I suppose. Makes for a solid dynamic there.

The case is a little on the basic side although it’s still enjoyable. From the start we learn that there is something that there is a disc with irrefutable evidence on it. Unfortunately nobody has gone to search for it which is where Nancy comes in. The mystery isn’t so much about whether the lady is guilty or not but if Nancy can find this piece of evidence before anyone else. There’s definitely a lot of dashing around here as everyone goes for the object. There are quite a few villains running around so the heroes have to be careful.

Nancy’s father doesn’t get a big role here though as he mainly just gives Nancy some advice once in a while. Having him be an attorney would be a pretty convenient way to loop him in but so far the films haven’t really taken advantage of that. I suppose they probably just don’t want to risk him overshadowing Nancy which would be a bit of a risk. Instead we get two new supporting characters here in the form of Ted’s little siblings. They’re really just here to cause some trouble for the heroes and tend to get in the way. At most they could be useful in helping the heroes remain undetected because people wouldn’t suspect two little kids, but as Nancy and Ted are already fairly young I think they have that covered.

The most tragic scene in the film was easily when the newspaper was giving out the awards. One girl ended up winning and she was quite thrilled, only for Nancy to show up and steal the prize. Nancy didn’t even do it legitimately as she lied about details of the case in order to buy time. I really think the other girl should have gotten to keep the prize. It was just all pretty tragic since she had already officially won the prize. Nancy doesn’t even seem to care. She gives the prize money away but that’s more because she didn’t care about it in the first place.

This isn’t Nancy’s best portrayal as a character. While I’m all for her switching assignments and doing what it takes to find a good story, she can be a little bit on the petty side as she manipulates Ted and guilt trips him the whole time. Ted’s still pretty solid though and if you think about it, he does all of the more dangerous tasks as it is. He even has to go up against a real boxer. The fight scene was pretty cool though. We got to have a real hand to hand fight here and even with some cheating tactics Ted was unable to win.

How much you enjoy this film will really depend on how much you like a good ole fashioned mystery. Do you need explosions and fight scenes to make it exciting or is the concept of a classic murder mystery enough to pique your interest? Nancy lives in a rather safe town without much crime so things were never going to get that explosive. The fact that there was a murder was already a bit more intense than I was expecting. In light of that, it also helps you understand why the town was so ready to convict someone even without big evidence. They probably aren’t used to this kind of thing and it impaired their judgment.

Overall, Nancy Drew…Reporter is a pretty solid movie. It can be a bit basic but the writing is strong and the pacing is pretty good. It’s a very low key type mystery from the old days. It may not have super high stakes the way a modern mystery would, but you won’t be bored during this adventure. It’s all handled quite well and I’m ready for some more Nancy Drew adventures. As long as she’s got Ted at the ready this duo is prepared for anything!