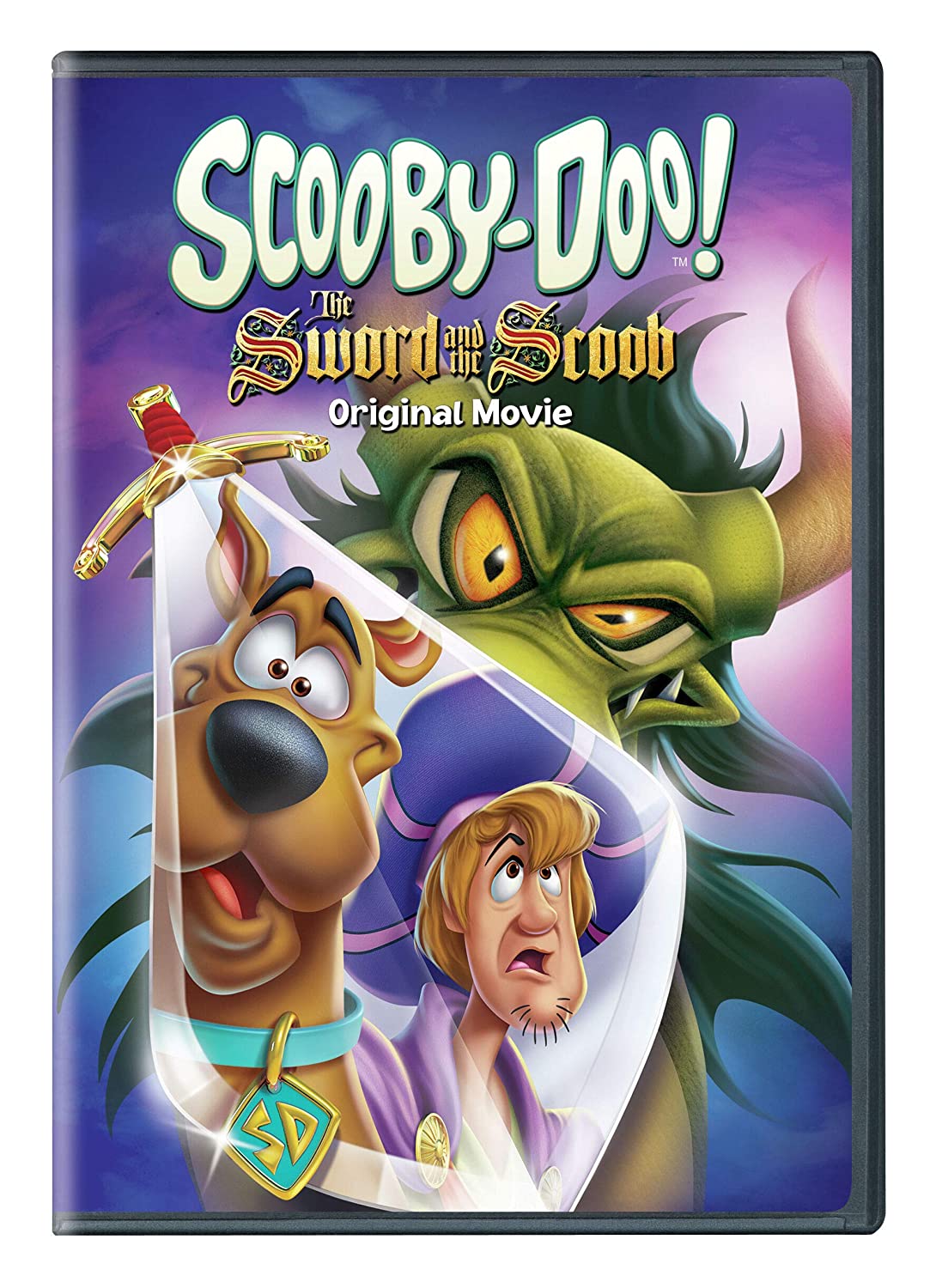 The Scooby gang has returned for another mystery to solve. This time we get to see King Arthur and the knights which always makes for some good stories. I’m not sure about this rather sketchy portrayal of King Arthur but the film is trying something different so that’s always worth the attempt. Unfortunately I would consider this to be one of the weaker Scooby Doo films. The writing just isn’t as good as some of the others and the “twists” really don’t work….at all. A mystery is only as good as the execution after all.

The movie starts with Scooby Doo and the gang taking down another criminal as par for the course. The only question is….now what? Well, the gang heads over to England and visit a village where the town is talking about the good ole legends of King Arthur. Velma thinks this is all a bunch of hooey and the townfolk aren’t thrilled when they hear that Shaggy may be related to the royalty of a time long gone. Before the heroes can look into this, they are attacked by a witch and are teleported back in time to the days of King Arthur. Is it possible that time travel and witches are real?? Velma is convinced that this is all smoke and mirrors but even she may have to doubt this when magic starts to appear. Either way the main trial now is that they have to get Shaggy to become king like in the legends or their future will be wiped out forever! The stakes have never been higher.

Of course whether you even believe any of this will be a big factor here since Scooby Doo has really been avoiding the supernatural elements for a while now. It does seem like it would be hard to fake time travel though. That should be very hard in fact since there are so many old townsfolk and the whole kingdom looks different. Then for the magic, someone hits Fred with a spell that causes him to be unable to move. What science could explain that? Well, the film explains everything by the end. I won’t say whether this is real or not but I will say that the explanations are absolutely awful. Especially the Fred one which I don’t buy for a second. Come on, that’s just unbelievable. Same with the time travel explanation.

Merlin is the film’s little wink to the audience at the end but it’s not very satisfying. So…why is the film not too much fun compared to the others? For starters, most of the film doesn’t even have a mystery to be solved. It’s not like there are many suspects. The only two three real characters we saw were the mayor, his assistant, and the librarian. So one of them has to be the Witch if we assume that she has a true identity but this isn’t the focus of the film. Most of the film is instead about Shaggy trying to become king and a lot of shenanigans happening in the meantime. We get some comic relief events and some reasonably serious action scenes.

Daphne beating up on the king’s men is fun. You sort of see this coming as soon as she enters the arena because fighting is her thing, but it’s all handled well. I was glad to have some action here because the animation is sharp. So when the film brings its A game then you know to expect some good things. You could even mistake this for a DC film before the characters appear because it’s really got that look to it. If there’s one thing the films never disappoint with, it’s certainly the animation. You can’t do much better than this.

The soundtrack is mainly forgettable though so don’t expect anything much there. For the writing, well it’s classic Scooby Doo. They use the same gags in every film for the last 30+ years. Scooby and Shaggy are still scared of absolutely everything. Fred’s still not nearly as tough as he acts and his traps always fail. Velma is always super smug about not believing in the supernatural and is right in the end. Lately Daphne has a different gimmick in each film. For this one it is that she believes the world is a simulation and that nothing is real. Definitely random but we’ll see how she is in the next film.

The movie does have a little tribute to one of those old He Man type shows which is cool. The graphics have aged rather well and it looks like it would be a fun show now. The show itself ties in to the ending which is nice to see. It wasn’t just a random moment but ended up being important. We also do get a bit of an action packed climax. Low stakes but it was a good way to end things off with a lot of energy.

If The Sword and the Scoob was lacking something, it’s really that the explanations all could and should have been better. The explanations are really what will knock you out of the film right away. If they had just been better then I think you would enjoy the movie a lot more. King Arthur also should have looked way better than he actually did. We don’t need another coward in the film, we’ve already got two. King Arthur being a dignified king would have worked a lot better within the actual story as well and would have made the competition more fun. The humor doesn’t work as well when it’s all the same thing.

But I would say the film is still positive. While it’s one of the weakest Scooby Doo films, that doesn’t mean it’s a bad one. For starters, the film still flows by really quickly. I would say that the pacing is on point here. You won’t be bored even if you don’t find it all that funny. It’s always nice to see the old characters around and I wouldn’t say the film makes any big mistakes. The animation is solid as mentioned and while there isn’t really a big mystery this time around, we do get the quick fight scene with Daphne. So when you mix in the solid visuals with some action, you’ll at least be having a good time here.

Overall, The Sword and the Scoob should have been a lot better. I definitely won’t deny that, but if you’re looking for a fun Scooby Doo adventure to jump into then you can’t really go wrong here. I’m confident that you will have a good time and that’s the important part in the end. I do have higher hopes for the next one though. It all comes down to the explanations. As long as they line up and make sense then we should be in good hands here. In the meantime, I wouldn’t mind if they ever decide to make Shaggy and Scooby brave. You don’t have to go too far but just toning them down a little bit would go a long way. It may go against tradition, but trust me it would be a great move.