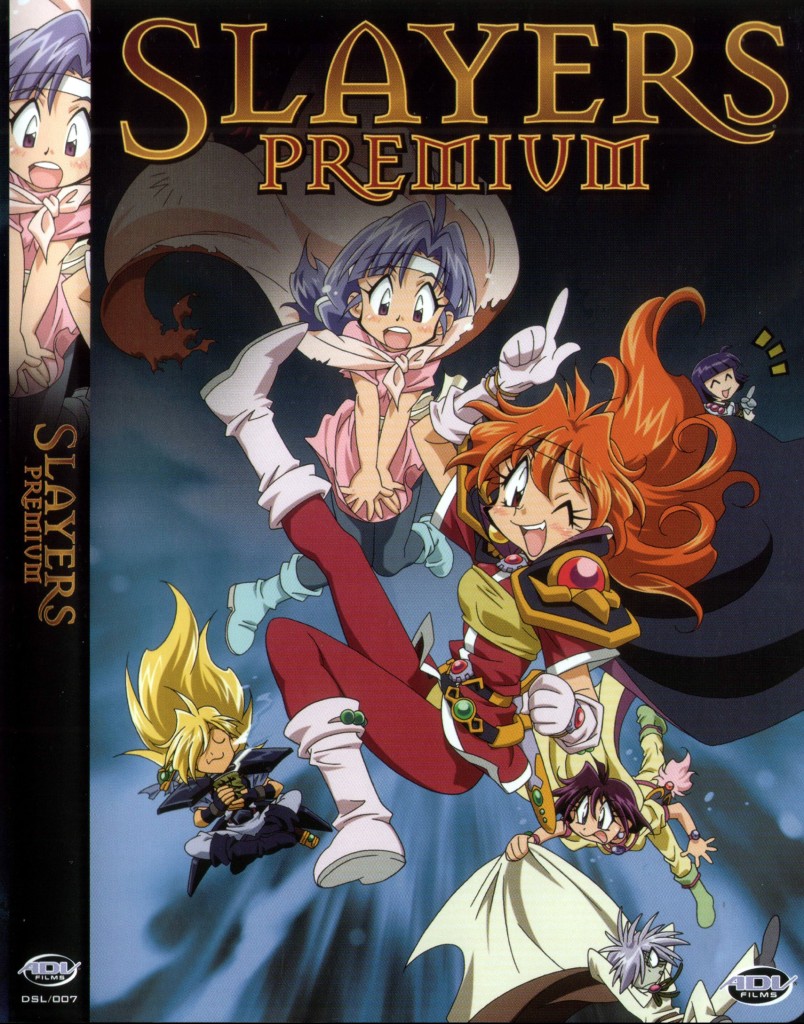 I have gone through most of the Slayers franchise and have finally arrived at the last movie. The movies have typically been one of the best parts about the Slayers franchise as we clearly saw in the last installment. Unfortunately, this one is not able to keep up. For some reason, it’s only about 30-35 minutes in length so there’s not a lot of time for anything to happen. It simply feels like an episode. A decent episode, but not one that will rock your world. All right, let’s check out the Premium film!

Lina and Gourry are enjoying a nice Octopus dinner when Gourry starts to talk in gibberish. Apparently, the Octopus have all gone bad and anyone who eats them will talk in the creature’s native language. The effects start to spread and simply living puts you at risk of getting this illness. Lina must find the big boss behind this and put the creature to justice, but how can she win when she can’t even understand her friends? A wise mage may know a spell to stop this, but he is already infected with the curse. Luckily, Amelia and Zelgadis show up to help, but will their combined strength be enough to win?

As I mentioned, this movie is only half an hour so it really goes by in a flash. It’s a fun ride as always since Slayers typically does a good job of mixing humor and action. I’d say that it succeeded here as we still got a decent fight without the comedy going over the top and the atmosphere felt right. It’s similar to the Son Goku and Friends Return OVA while having a little more substance. The cast from the TV show is in this movie, which is a big change from the others, but the voices couldn’t come along with them. While Xellos may have an improved voice, I’m too used to the TV show versions to care for the others. Lina is the exception of course as I am already fairly used to her movie accent. She’s really toned down the Southern aspect of it though and I kinda miss that part. Ah well, she still takes charge and defends the world fairly well. Gourry is now more defensive of his meals, but Lina still manages to get the last laugh. As always, Lina never disappoints as the leader of the gang.

Gourry is back to being rather under average and it’s barely his fault this time. Speaking in Octopus distorts a person’s words, but they don’t hear the result. So, Gourry will hear himself say, “I’m awesome!” but to everyone else it may sound like “Larry!” As a result, Gourry says a lot of provacative things even though he means to say something else. So, technically, he is a good character here, but the gag ends up turning him into an unlikable one. At least he helps out against the villains.

None of the other heroes are able to do that. Xellos is around, but since when does he help the heroes? He mostly observes and has a good laugh at the heroes’ expense. Amelia may have been a fighter back in the day, but she is completely ineffective against the Octopus. She was really looking forward to eating them for dinner, but maybe that’s the problem. They certainly weren’t going to show her any mercy after they heard that! Amelia was a good character here. She may have been a little more strong willed than usual, but she almost felt like she could have been the main character if this was another show.

As for good ole Zelgadis, he also looks very bad against the Octopus minions. You would think that this could have been his big moment, but Lina had to save him like she did with everyone else. Gone are the days when he was known as a tough guy and he is really just a punching bag at this point. I can’t say that I’m a fan, but he didn’t look bad here. Just really weak. There was also a filler character who told Lina and the others about the plight, but as the movie was so short, her role was minimal. She technically plays a crucial role with her spells, but she’s just your average filler character.

The villains are all rather inconsequential as well. The main Octopus has a nifty hair style, but that’s about it for him. He wants revenge on the humans, but is doomed. The final boss is a giant Dragon/Sea Lord who hungers. Its energy blasts are able to destroy a tree, but it takes a few shots. He was your average giant monster. Cool design, but he ultimately went down very quickly when matched up with the boundless power of the Dragon Slave!

The ending is fairly tragic for the Octopus. They are reminded that the town’s economy really depends on eating them so the new agreement is that the Octopus will still be eaten, but only their tendrils since they can grow back. This way, there’s an endless supply of them to eat and the Octopus can keep their lives. It doesn’t sound like a very fair bet if you ask me. Meanwhile, Naga gets a very small cameo here. I guess we will probably never get to see her interact with the TV show cast. That would have certainly been interesting so that’s too bad, but in this case, it could be for the best that she didn’t get a real role. Sometimes, it simply isn’t worth the risk with her character.

Unfortunately, this movie dipped back into some of the negatives, which hurt the OVAs. We get the chest comments once again and that gag got old the first time that it ever showed up in the franchise. Seriously, at this point, it should just stay down. Also, Amelia of all characters is actually used for mild fanservice. It’s rather mild at least and it’s not as in your face as some of the other Slayer products, but it’s a little sad that Amelia is the victim here. She’s still just a kid so the whole situation doesn’t make sense. This keeps it from getting a solid seven like some of the other Slayer movies, but it’s not bad enough to cripple the score either.

With this movie, the animation is finally starting to look more modern. This is easily the best animation that we’ve seen from the franchise. Everything is really bright and vibrant. The character designs are all updated and the Dragon Slave really looks good. While the other Slayers products looked like the good ole 90’s style, this one is clearly from the 2000’s era. It just goes to show what a difference a few years can make.

As for the soundtrack, it’s a little on the uninspired side. The final theme for the credits isn’t that good and the animation in the background didn’t have much of a budget. Most of the other songs are also old or simply not memorable. Slayers is a franchise that really isn’t known for its music. Perhaps the staff in charge of the music will read this review and quickly decide to make a new movie just so they can show off some new tunes. That would certainly be epic.

Overall, Slayers Premium is a decent Slayers movie. It’s so short that you may as well just call it your average episode or an OVA. The animation is at its best and it is fun to see the TV show cast appear once again. The only design that is a little worse than the show’s would be Gourry’s sword of light. It looks way too thin if you ask me and comes off as a generic beam sword. The Sword of Light used to be a little more unique. While the film was not strong enough to match up to the other films, it was still a fairly fun ride. I recommend this to Slayer fans, but otherwise I recommend watching the Slayers film before this one if you want to see the franchise at its best. It’s been a long time since this film came out so I guess we really may not get another Slayers movie for quite some time. Once the fans are ready for some nostalgia in a few years, then I guess it’ll be time for a new one. I’ll certainly be ready for it and I still say that Lina Inverse is a better heroine for a series than Sailor Moon. Lina could be the very best female led protagonist in anime, but that’s a much trickier question to answer since there are quite a few. Off the top of my head she would certainly take the lead. 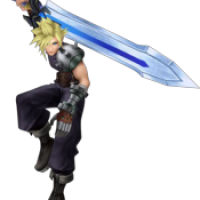 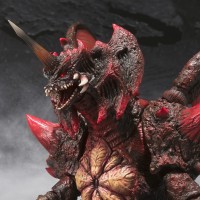 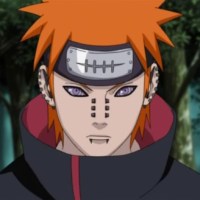