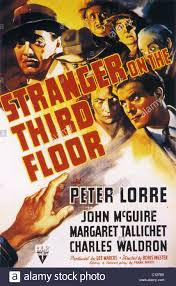 It’s time to look at a really old noir film. This one deals with the court system which is always fun and the heroes have to wonder if the Jury is really paying attention. After being on the jury I can say that this film was actually super realistic both in how the jury absolutely doesn’t care in with the judge who has already made up his mind. The film is a pretty solid thriller throughout and while a certain character can be rather annoying, it’s a fun package overall.

The movie starts off with Mike finally getting his big break. He noticed someone talking tough about murdering another guy and shortly afterwards we find out that the person was stabbed. The suspect is taken into court and thanks to Mike’s testimony he is taken to prison to await the chair. Mike’s friend Jane isn’t thrilled about all of this and decides to guilt trip Mike. She basically says that he should have just pretended not to notice and then the guy would have been caught. She believes that he is innocent and this gives Mike nightmares. A similar situation occurs in his house and now the cops think he is the murderer of a different case. How will he get out of this one?

In case you didn’t guess, the character I didn’t like here was definitely Jane. I definitely don’t think she was in the right with guilt tripping Mike so much. Once he was on the stand he was obligated to tell the truth after all. If her issue was that he let the cops know in the first place she should have specified that a little more. Even so that would be morally dubious as well.Maybe it was the fact that Mike seemed to take a little joy in all of this for his promotion. Either way she just didn’t handle the situation well and then showing up in court only to make a scene and run off didn’t help either. She shouldn’t have gone if she was going to be that excitable. She just didn’t really contribute much until the very end. At that point her plan also could have sued some serious work as she needed to call the cops right away or force herself into the house. Walking around with a murderer just usually isn’t going to end well. She also looked bad in the dream, but I guess I won’t count that since it wasn’t technically her.

Mike is a reasonable main character even if he tends to overthink things quite a bit by the end. Especially after the whole gloves thing he probably shouldn’t have just grabbed the door so casually. Beginning to pack was also sketchy since he knows that it didn’t really help the other guy’s case all that much. Phoning it in to the cops was definitely the right move at least even if it came close to backfiring. Mike just didn’t really think these things through. He was a fun character for the first half, but he just wasn’t very smart and got maybe too distracted by romance as well. Then we see his flashbacks where he constantly flies off the handle and is tempted to murder someone multiple times so I think the guy was just unhinged. It would explain his dream sequence as well.

The dream was quite good though. Also, while I wasn’t a big fan of the main duo, this was still a very solid film. The writing is on point and the court scenes are fun. It’s a quality thriller that builds up the tension and doesn’t go for any crazy shock value. That’s the kind of film that you want in your corner. The pacing is on point and even though it seems to be made on a fairly small budget you never feel confined to any one backdrop. The core characters have enough personality to keep you entertained.

I was getting mixed signals from Jane the whole time though. The scene inside Mike’s apartment was just odd as she kept moving away from Mike and denying him the whole time. She would do that, but didn’t actually leave and came across as half flirting. I thought the film was going to have her admit that she didn’t actually like him, but the movie never goes there. It just feels like a random plot point.

This film made sure to make the neighbor rather unlikable, but he wasn’t too terrible I’d say. The guy was rather annoying, but not completely unreasonable in some areas. If the rule really is not to have any guests over then he’s not technically wrong. The type writer part is tricky but it did seem rather loud so maybe Mike could have done something to be quieter. I don’t think he was ever intended to be a sympathetic character though.

The dream sequence is rather long, but certainly well done. It’s a nice look at what could have happened and the whole situation almost came to pass. I have no doubt that Jane would take the stand against Mike and the Jury probably wouldn’t believe his story. Especially since Mike was intent on mentioning his dreams and pre-cog abilities. Since he is a reporter you’d think that Mike would realize how crazy that all sounded. Again, he wasn’t the sharpest tool in the shed.

As for the actual villain in this film, I can’t say that he was very smart. He was constantly tempting fate by staying near the scene of the crime. It’s hard to even say what his goal was here. I assume he is murdering people to get some money and he doesn’t want to go back to prison, but once he has the money what is he doing with it? You’d think that he would have skipped town or something. He also doesn’t even have a home despite robbing 2 people successfully. I think this guy wasn’t very good at budgeting.

Overall, The Stranger on the Third Floor was pretty interesting. The title is almost a little odd though as the stranger doesn’t show up for a very long time in the film and technically doesn’t even appear all that much. I guess it will help you stay alert for when he pops up though. If you haven’t seen a quality Noir film yet then this is the way to go. It’s basically the complete package so you can’t go wrong here. 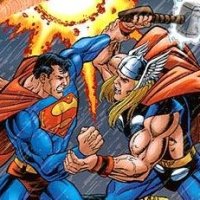 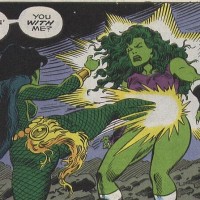 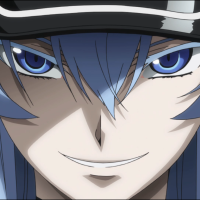 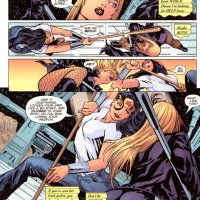