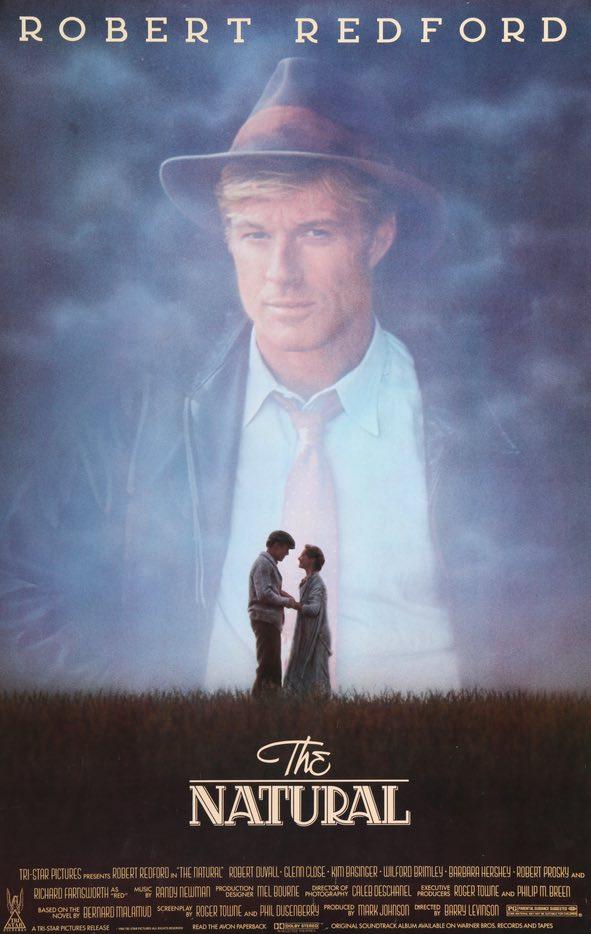 It’s been a little while since I saw a film about Baseball. The last one was probably the Field of Dreams and that didn’t actually have a lot of Baseball action in it. This one changes all of that and it makes for a pretty fun adventure. It’s a well written movie that is long enough to really go into depth on the various events occurring. It’s almost surprising that it’s so long because at first the movie moves very quickly but a Baseball season is quite long and the film shows that.

The movie starts off by introducing us to Roy who is a Baseball prodigy. He has been interested in the game ever since he was a kid. One day he even strikes out a fairly well known pro batter. It looks like the sky’s the limit but unfortunately the fame goes to his head. He immediately cheats on his girlfriend and promptly gets shot by the temptress mafia style. This takes almost 20 years to heal. Can Roy make a comeback and still live out his Baseball dreams or is it all over for him?

Most of this review will be for talking about all the solid points of the movie because there are many. I really only had one issue with the film and that’s the main character. I never found Roy to be all that likable and I didn’t even feel like the film was trying to redeem him much until near the very end of the film either. Women are clearly his vice right from the start of the film but he just never learns his lesson.

Take the initial instance of cheating for example. He gets shot immediately afterwards because of that so you kind of figure that he won’t make the same mistake again right? Well, one of the villains hires a girl to mess with him and this works incredibly well. If not for having to do some rather obvious actions like giving him poison candy, the girl would have definitely kept Roy under wraps the whole time.

It feels more like Roy was forced to get past this since she couldn’t follow him on some of the away games as opposed to actually realizing he was messing up his life. By the time he confides to the original girl, it all just feels a little too late. This guy just wasn’t serious enough about Baseball or about his own convictions. He likes to think of himself as an honorable guy but we learned that this wasn’t the case early on. Roy’s even lucky to get away with arguing with the coach.

He defied the coach’s orders in front of the whole team and then refused to go back down to the B league. Good thing Roy was a solid player because he would have been doomed otherwise. I do question how the coach had never seen him batting before though. Perhaps it’s normal that a coach would skip the practices? I’m certainly less familiar with Baseball compared to Football, Tennis, or even Basketball and Soccer. Still, I’d expect the coach should have at least been told that Roy has been playing amazing since the start especially since the team was winless and badly needed any kind of spark.

Pop was a great supporting character though. I always like a coach who really gets heated along with the players and storms the dugout. He’s a very old school kind of coach who gets the job done and pushes his players to the limits. He’s also in a pretty tough position with how he may lose the team to the villainous Judge.

Judge is a very memorable villain here because of how over the top he is. The guy bribes everyone, is super rich, and even has a villainous looking room since he keeps the lights off. The guy has a flair for the dramatic and it has served him well over the years. His inclusion helped to raise the stakes in the film so it was definitely a good idea having him around.

Then you have another one of the villainesses in Memo. Not to be confused with the first lady who tricked Roy, this one was a little more subtle and doesn’t take the gun out until the end. She’s a decent villain I suppose but in most of her scenes you’re just shaking your head at Roy. He’s finally close to achieving his dream and is quick to just toss it all away just like that. Watch closely during the montage of him losing every game. He isn’t nearly as broken up about it as you would expect.

Finally you have Iris who was the girl from the opening scene. She ends up appearing in the second half of the film. If I were her I probably wouldn’t give Roy a second chance in the arena though. As a friend, maybe, but that would be it. She’s a reasonable character though and has done well for herself in the meantime. Not only did she manage to keep the farm but she’s able to support her kid as well and has a pretty decent home. Iris is definitely a go getter who put a lot of work in.

The Natural is a fairly serious film but one that is able to squeeze in a good amount of humor as well. The jokes tend to land well and the writing is solid so throughout the movie you are interested in what is going on. The cast is also rather big when you consider the other players running around. Most of them don’t get a big role but some do get a little important by the end. Then Judge has a few minions as well. The movie may be well over 2 hours but it doesn’t drag on which is really the important thing.

The Baseball scenes are also handled well. They’re always exciting and actually make Baseball look fun to watch. After all, you don’t have to worry about commercials or the waiting in between pitches. In the movies you just go right to the action and it works quite well. The scene where a Baseball is cut in two after a solid hit was certainly memorable as well. The effects for that were on point without a doubt. We even got a little thunder and lightning for when Roy first went up to bat in the big game.

Overall, The Natural is a solid film. It really doesn’t have any big issues and you’ll have a good time watching it from cover to cover. Really, if the film just made Roy more of a likable character then the film would be even better. After all, he has a lot of good moments like when he outwitted the psychic using his two gold coins and the banter he has with the villains. A lot of the best scenes involve Roy so he had a lot of the traits you’d want to see in a lead. Either way if you like Baseball then you should definitely check this film out. 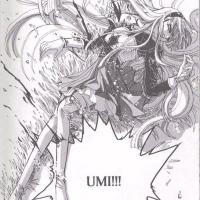