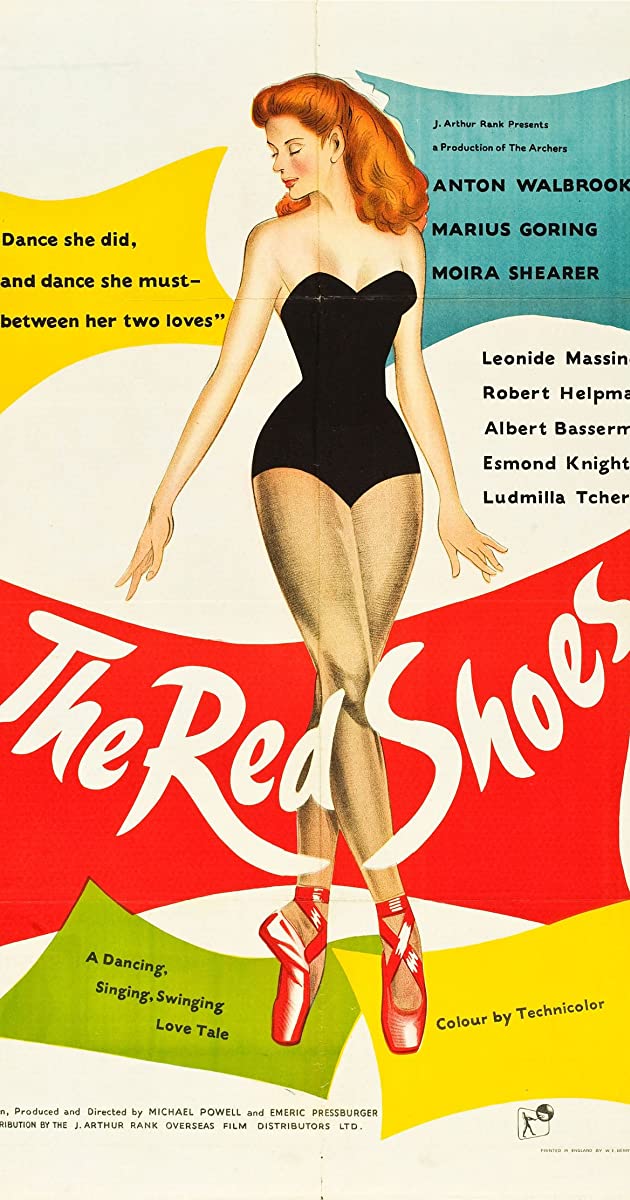 When you have a whole film revolving around Ballet you’re going to need to expect it to be good. Well, I assume it is, but ballet isn’t really my thing. I’ve never cared much for the costumes or the style of music. Give me a metal concert or even some Vtuber/Idol spectacle instead. Ballet just feels very low key. It’s a decent movie but not one that will end up being super engaging or anything.

The movie begins with Julian noticing that his songs have been stolen by his professor. He writes to one of the biggest music owners in the world known as Boris. The guy tells Julian to work for him as a composer who will mainly be directing the orchestra. Boris also hires a dancer named Victoria who he believes may end up being an amazing dancer. The job if high stress and there is always a lot going on but the three of them are making it work. Boris really has just one rule…..there is not to be any romance. You can be a professional or you can be a romantic but he says they can’t be both. The characters all agree to this so it should work out…right?

Heh heh..if you’ve seen any movie then you know exactly how this will work out. Julian and Victoria fall for each other. They want to have their cake and eat it too by being part of the group but Boris did make himself clear on this. There’s a lot of drama to be sure and the film ends up going in a bit of a different direction than I had expected. It’s one that makes all of the characters look rather suspect to be sure. While I would say the film is a light hearted affair for the most part, it does have its serious moments.

Boris did make for a fun main antagonist. Antagonist may be a bit strong since the guy means well but of course he’s not sympathetic to the romance so that won’t help matters. When his star dancer leaves he doesn’t even care because she had left for marriage. Boris is quite unrelenting on these rules of his after all. He does have some good ideas though like forcing Victoria to listen to the song she as struggling with during all of her meals which does seem like a good way to have it memorized.

Then you have Victoria who really wants to be a dancer but gets torn between that and her feelings of romance. I must admit that she didn’t look very good due to this. You have to pick one or the other but you can’t keep waffling between them. Her worst scene here was likely when she tried going back to Boris without telling her husband Julian. What kind of excuse would she have been able to make in the end? Surely she didn’t think she could keep that kind of thing a secret for very long right? Ultimately it would definitely catch up as all things do. The ending also wasn’t her best moment.

Next up is Julian and he’s really just as guilty. The golden rule while working for Boris is no romance. That’s really the only one and it seems easy enough not to get into that. Still, he made his choice and it seemed like the other gig was going well so it’s too bad it wasn’t enough for Victoria. Julian’s not in a great spot by the time the film is over so things are rocky for all of the characters.

There are a few supporting characters who were fun like the dancing coach. That guy had a lot of personality and he was also bold enough to side with the two characters when they broke away from Boris. These aren’t the kind of characters who just roll over so they did well in supporting each other. It made for a pretty interesting dynamic since after a while you can’t get rid of everyone.

The story was nice and strong for all of these scenes. Really where the story would get a bit weaker was when it was focusing on the actual ballet. Naturally there isn’t a whole lot of story in those moments as it’s just play after play. There were some good special effects during the dance but they do tend to drag on a bit compared to other dancing styles. It’s a huge focus in the film of course so that did limit how interesting it could be to an extent.

There isn’t a whole lot to talk about beyond that due to the simple nature of the plot. Keep in mind that the film itself is quite long at over two hours. So the execution was on point since you can easily describe the plot despite the movie being so long. This one isn’t about twists or turns as it’s just interested in telling the main plot of the movie. With the pacing and writing being good, at the very least that meant the film certainly wouldn’t be bad. The first half did beat the second though as it was fun seeing the original show go on as Julian realized what had happened and Boris insulting everyone as he made his way through the party. To his defense, it would be putting him on the spot to have to watch a live audition when he’s just trying to have a good time.

Overall, The Red Shoes is a decent film. It reminds me a lot of the film where the opera conductor was fighting with his father over the ability to have a romance and still do your job. These films were very similar in that regard. It’s a bit hard to root for the characters here since they knew the risks of taking this job from Boris at the beginning. In general Boris was rather strict and cold but he did make his shows a success and seemed to have a good work ethic when it counted. He would help train his stars in a way that complemented their skills. If you want to watch a retro dancing film then this is the one to check out.