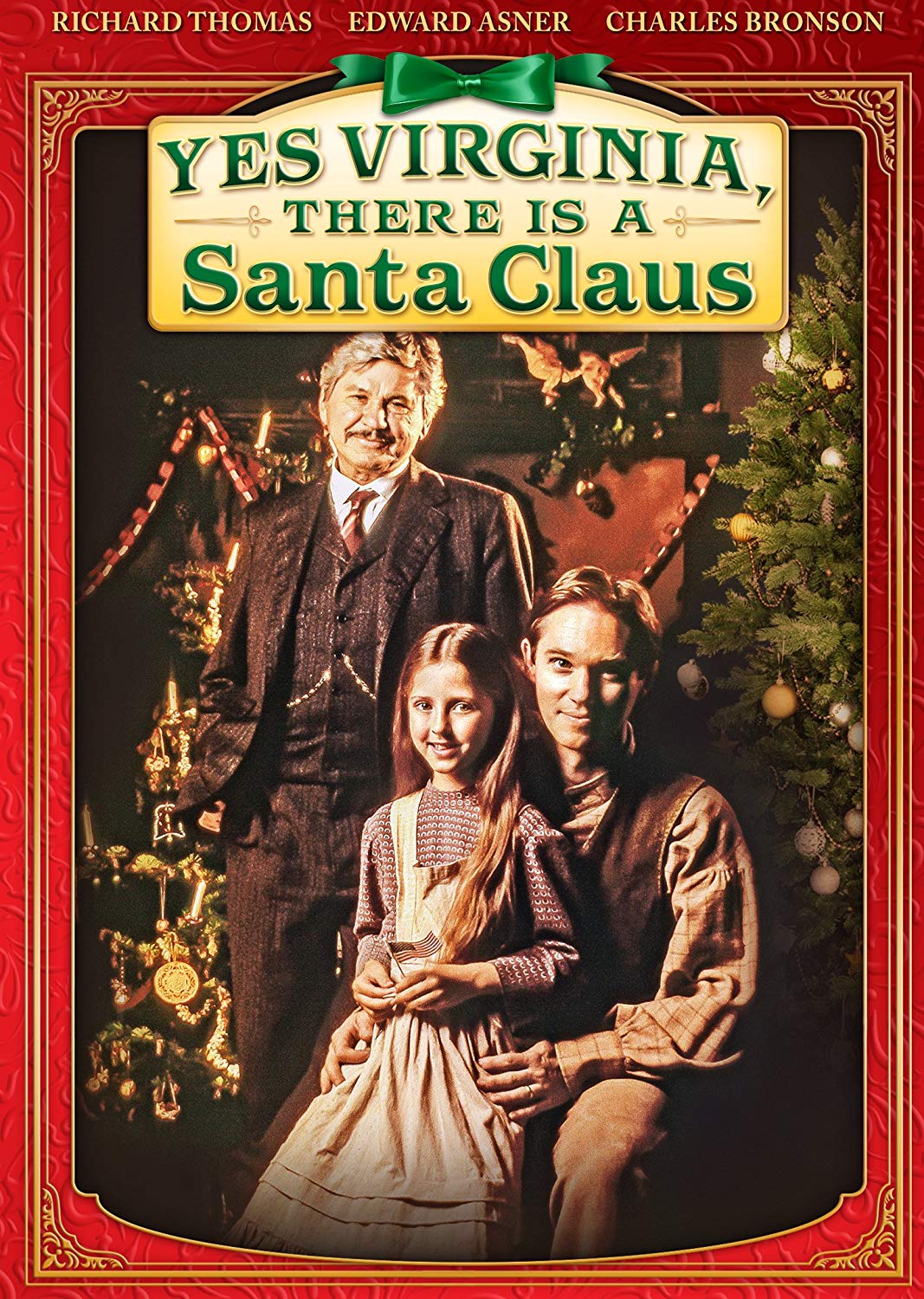 Time to look at a drama film that takes place on Christmas. It’s based on an editorial from a while back, but since basically the whole film is fictionalized I figured I’d still give it a review. It’s a pretty nice film that reminds you how even if everyone around you can be mean spirited you shouldn’t stoop to their level. The main character gets jaded at times, but ultimately stays strong.

There are a few plots going on in this movie. One of them is with James who loses his job after defending himself from a few brutes. As it usually tends to be, they’re the ones who get away with it while he and his friend get booted out. Unfortunately there aren’t a lot of jobs at the moment so James is working hard to try and find anything that could work out for him. He’s starting to think that doing things the right way may be more of a hindrance than it’s worth. Meanwhile his daughter Virginia gets teased for believing in Santa Claus. James advises her to write to the paper about it.

This leads us to the second plot. You’ve got the writer Francis who is currently dealing with depression. He’s been one of the best newspaper reporters in the business but it has cost him a lot of time away from his family. Now he finds himself all alone and blames himself for not being there for his wife. His boss gives him the assignment on Santa Claus hoping that it will give the writer something to live for again and to hopefully get him back into his groove.

There are other plots along the way like the aspiring writer in the newspaper, a sick mother, and a corporate news guy trying to get a story. So we’ve got a lot of story here and the film is relatively short at around an hour and a half so everything has to move pretty quickly. The writing is good so it’s able to hold up and the character cast is solid. I don’t expect you will have any real qualms with the film. At most some plots just don’t feel as interesting as others. I was more invested in the James plot than any of the others ones after all.

He was definitely in the right with defending himself from the attackers in the opening scene. I know they sometimes tell you to look the other way but if someone’s literally attacking you and hampering your abilities on the job you have to do something. It wouldn’t be reasonable to expect James to do anything else. That’s personally how I see it at any rate. Likewise I was glad he jumped in to help his friend in the bar even if it put his job at risk. You have to help your friend in these situations. Part of why James is my favorite character here is that he always made the right choices even when it was dangerous for his career. He’s the kind of friend who has got your back. He definitely starts to doubt himself at the end, but it was a trying day for sure.

It’s not to say that Francis’ plot wasn’t good. It’s just not quite as interesting. I thought the boss was actually the standout character here. He really thought things through and made sure he was there for his reporter. The scene of him putting out his cigarette in the ash tray was also very important because if the gas had been on with the windows closed then Francis would have died too. He was betting everything on the fact that Francis hadn’t totally given up yet. The interesting thing is that Francis had seemingly been about to do just that, but opened the window just in time. The boss showing up ended up saving his life.

Meanwhile we have the assignment and I’d say that Francis’ answer was good. He didn’t totally lie about Santa being real, but kept the response vague enough so that a kid could interpret it that way. It’s always a debate on if you tell your kid that Santa is real or not. Nowadays a lot of parents say they just tell their kid right away so there’s no disappointment later on. Personally I would also establish early on that the parents are getting the gifts and there is no Santa. Even if it’s pretty harmless, telling a kid that Santa is real is a lie. There are ways you could imply it without actually lying, but it’s just so much easier to not mislead the kid here. Also it helps to start informing kids about the true meaning of Christmas and the birth of Jesus Christ rather than letting them grow up thinking it’s about gifts and Santa Claus.

The film definitely tackles some pretty serious themes here with suicide and struggling to find work. It handles these themes well without making the film overly depressing. The movie still has enough happy scenes to keep things going well and so you can have a good time by the end. I think the only character who got a raw deal here was the corporate reporter who was trying to get the aspiring writer from the Sun. Now, maybe I’m missing something here, but was the guy that bad? He recognized that the lady was the one writing some of the articles lately and was prepared to offer her a real salary as a writer. I get that the girl didn’t want to ruin Francis by going away but she could have tried her luck without throwing him under the bus. I guess his approach was pretty over the top and maybe I’m missing a moment of him acting more sinister, but on the surface it didn’t seem like a bad deal.

Overall, This is a good film. The character cast here is well rounded and it’s impressive how they based a whole film around a pretty quick editorial. The kids did a good job of looking after their parents and supporting them through this tough time. Virginia go the magazine which was pretty inspiring at the end and the other kid helped her sick mother by getting the soup ready and generally helping out around the house. We don’t get to see her all that much, but it’s made apparent that she is being very responsible. Aside from the bullies running around a lot of the characters just seem like good people. If you haven’t seen this film yet I’d recommend changing that.