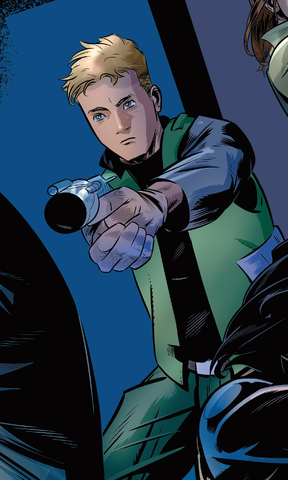 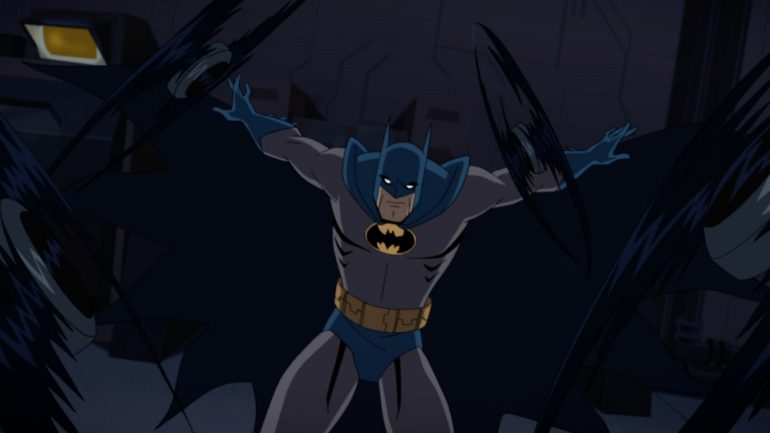 This is a tribute to the Batman vs TMNT film that came out recently. Batman definitely handled his business pretty well and showed why he is one of the most skilled martial artists out there. Leopold Fitz is pretty intelligent in his own right, but he’s not the genius that Batman is, nor does he have the dark knight’s hand to hand expertise. When you combine both factors into the equation there is just no way that Leopold can hope to win this battle. Batman wins.

This is a tribute to Batman Ninja. Batman definitely looked pretty solid through and through here. He came up with good plans and adapted to this older world pretty quick. I somehow don’t think Howard would have been able to do much adapting at all. These two are polar opposites and Batman’s built a career out of putting guys like Howard away. There’s nothing Howard can throw at Batman that would intimidate the Dark Knight in the slightest. Batman wins.

Suggested by Random Batman is a great detective and an even better fighter. It’s fair to say that in pure hand to hand he may be able to match Broly. Of course, that’s only in a scenario where neither one of them are able to use any abilities or super strength. Otherwise Broly has the massive advantage here. What’s Batman really going to do against a legendary Super Saiyan like this guy? The correct answer is that he’s not really going to do much of anything. Broly’s way too powerful. Broly wins. 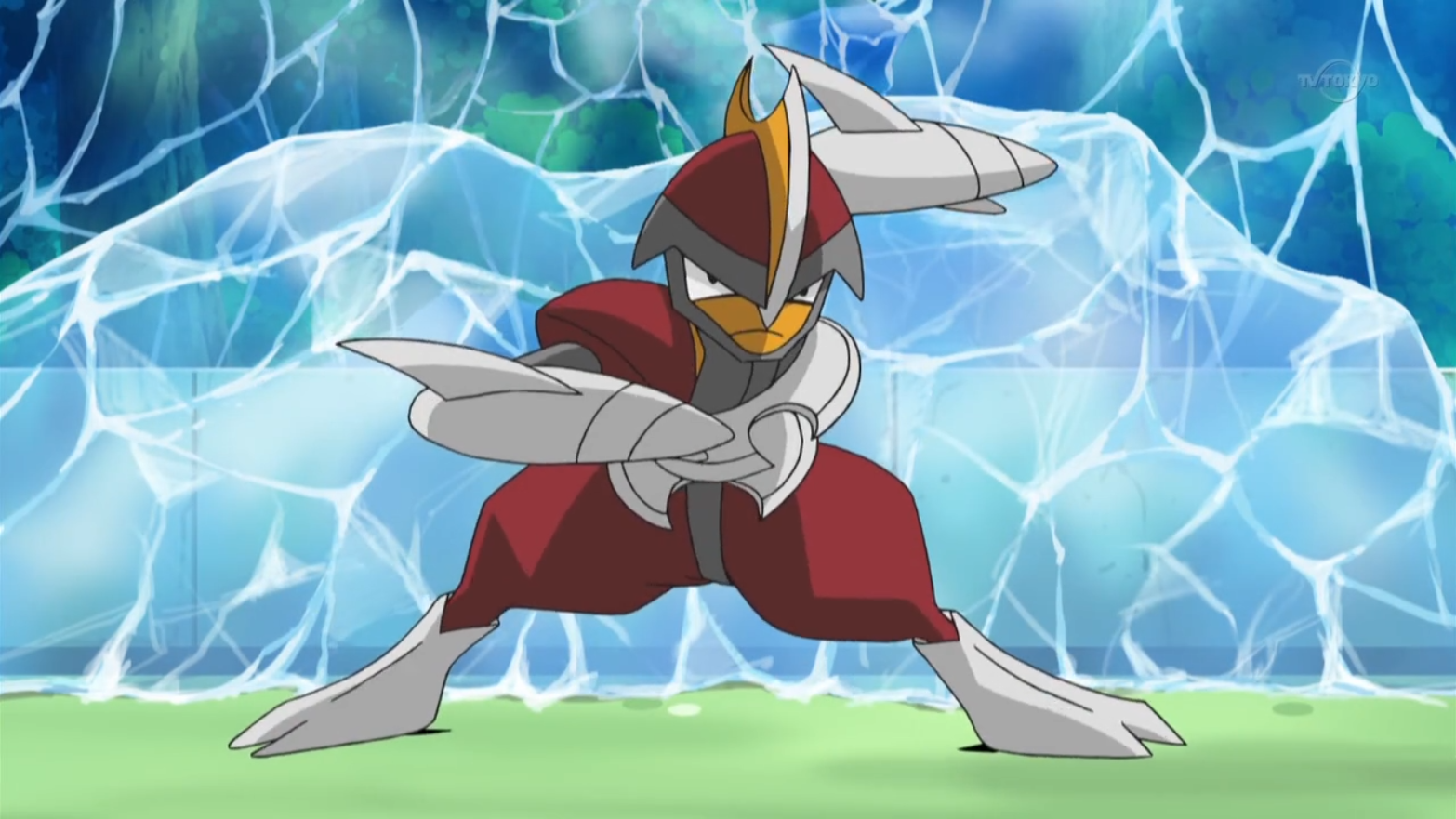 Suggested by Tej It’s time for Batman to step back into the ring. He has a GL Power Ring as well as Superman’s abilities so he’s a very tough vigilante. Then you’ve got Bisharp who is actually a pretty strong Pokemon with a solid design and a nice moveset. He was able to overwhelm Ash for a while which is no small feat. I think he’ll land a lot of good shots on Batman, but ultimately he doesn’t have quite enough speed to make up for Batman’s edge in strength. This is one round where the Pokemon will actually have to take a loss. Batman wins. 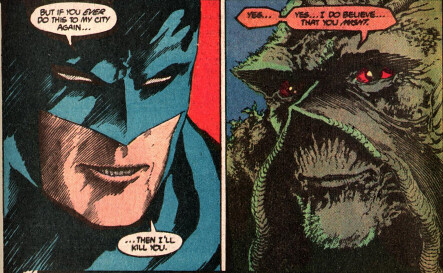 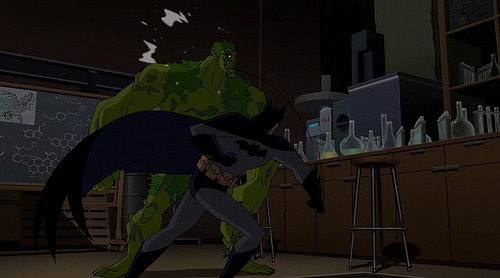 This is a tribute to the new Batman and Harley Quinn film. The Floronic Man is definitely a tough opponent since his durability is rather high and he has some reasonable super strength as well. That being said, he still isn’t a match for someone like Batman. Batman has a large array of gadgets at his disposal and a GL Power Ring as well. A few good blasts of energy and it will all be over. Batman wins. 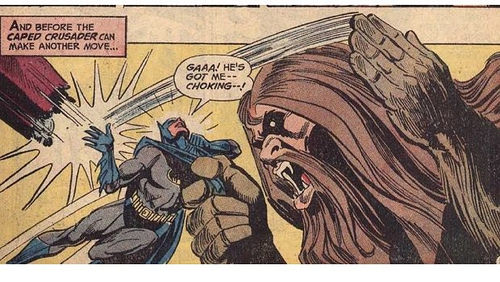 The Shaggy Man has returned one last time to face off against the Dark Knight. I’m afraid that this round won’t end very well for him though since Batman has obtained many abilities over the years. His GL Power Ring will likely be enough to win this fight though as a few quick blasts of energy will knock the fight out of the Shaggy Man. He just isn’t agile enough to dodge or fast enough to counter attack. Batman wins.

This is a tribute to the recent Batman and Scooby Doo crossover. As per usual I can’t really say that Shaggy looked all that good. He caved in to the pressure and scares that come hand in hand with solving mysteries. While Batman also got nervous at different points in the film, he still came out on top. True heroes will always keep plunging through until they achieve victory. Maybe one day Shaggy will have that epiphany. Batman wins. 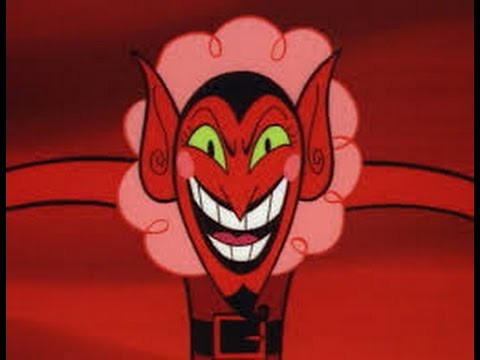 I think it’s safe to say that everyone knows who Batman is. He’s a legendary Superhero who’s had more power ups than some characters have had appearances. HIM is a strong demon, but he can’t hope to match up to Batman’s Yellow Power Ring. Its solid constructs will keep HIM on the defensive throughout and Batman’s sharp wit will allow this advantage to be enough for victory. You can’t stop the Dark Knight so easily. Batman wins. 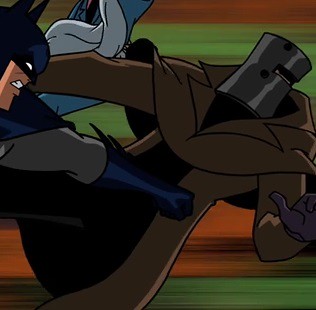 This is a tribute to the new Justice League film. At the end of the day, Batman was critical in saving the world and keeping everyone in line so naturally a win is in order. Batman always manages to be a pretty tough combatant while also having a lot of swab so this seemed like a perfect match. Swagman has fought on the blog before, but he got stomped rather easily. This round won’t be any different so you almost feel bad for the guy. Swagman still has a cool name, but he’ll need some actual abilities if he ever wants to take down a more powerful foe. Having a cool helmet just isn’t good enough. Batman wins. 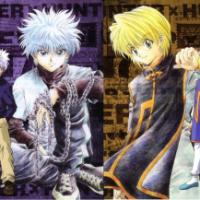