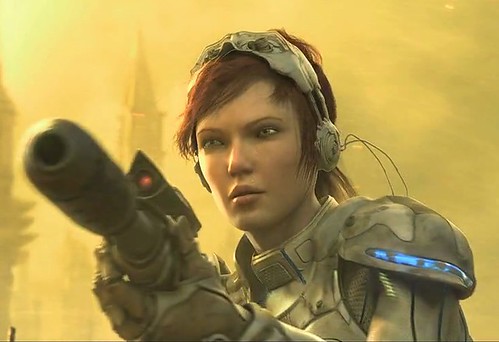 Suggested by Unknown Sarah Kerrigan was a strong warrior who was pretty good with a blaster and that was before she obtained cosmic abilities and Psi powers far beyond that of the average fighter. She even turned into one of the aliens that she was hunting at one point. Melkor has gotten a lot of hype, but supposedly Sauron grew to be stronger than him and Melkor did have some trouble with the giant spider Ungoliant. I’m not really sure he would be able to take Sarah down in a fair fight. He is strong to be sure, but she is quick and her cosmic blasts will deal a lot of damage to him which will add up quickly. Sarah Kerrigan wins. 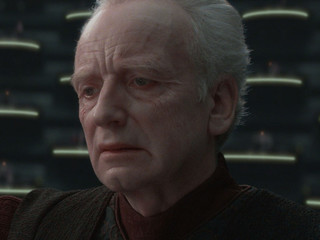 Sarah Kerrigan has returned to face off against a newcomer. Darth Sidious is fairly old and he may not have looked all that impressive during the movies, but he is still a skilled lightsaber duelist. He did face off against Yoda after all and showed off some quick moves in the prequels. Sarah is a talented TK user as well and she can fire off pure blasts of energy, but I don’t believe that it will be enough here. Darth Sidious can alternate between using his Lightsaber and his Force Lightning to keep his Sarah at bay. It’ll be hard for her to approach him. Darth Sidious wins.

Unicron has returned to the blog and now he’s ready to take the win. Sarah Kerrigian has some basic telekenesis at her disposal, but it won’t work that well on an opponent who is this big. Unicron’s abilities transcend that of most Cybertronians and a single blow will be enough to shake the very planet to its core. Sarah is a little out of her league here. Unicron wins.

Darth Bane has arrived on the blog. It looks like there are a lot of newcomers to the site today eh? His force abilities are quite powerful and he will manage to defeat Sarah the same way that the other Darth did. Her alien abilities will still prove to be a challenge and she does have telekinesis, but it will not be enough to defeat a Force user. A few Force Blasts will likely be enough to win it all for Darth Bane. Darth Bane wins.

Both of these fighters are powerful psychics. (If you believe The Force to be a kind of psychic technique anyway) Sarah Kerrigan’s power over the Zerg is tremendous and her abilities continue to evolve. Against the average foe, her psychic abilities would simply overwhelm them. Luckily for Darth Nihilus, he has his Lightsaber at the ready and his Force abilities are so great that he can life whole ships. I think Sarah will have a tough time trying to match him and she would eventually be defeated. Darth Nihilus wins.