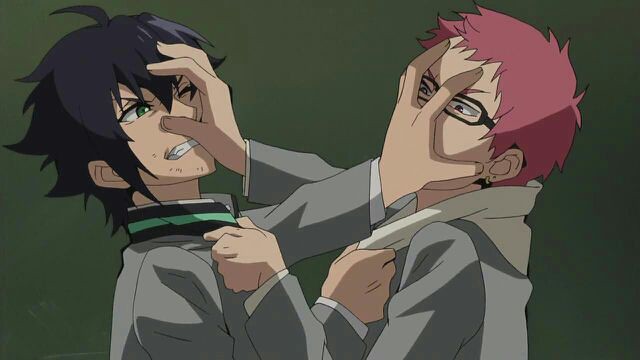 Yuichiro is back and it’s time for him to take down another comrade. Shiho talks a really good game and seems to think that he carries a lot of influence within the group, but his abilities aren’t all that impressive. As it stands, he wouldn’t last a minute against any of the real vampires and that’s a bit of a problem since Yuichiro is a demonic being at this point. That may not be the same as being a vampire, but it is just as dangerous. Yuichiro wins.

Levi is very fast and considering that he’s only human, he’s pretty impressive. That being said, Shiho finally learned how to use his demon’s power, which has increased his attack power and speed. His coffin ability is anything but impressive at the moment, but it’ll probably have some nifty feature at some point. Either way, Shiho can definitely defeat Levi in a close quarters fight and that essentially nullifies all of Levi’s options. Shiho wins.