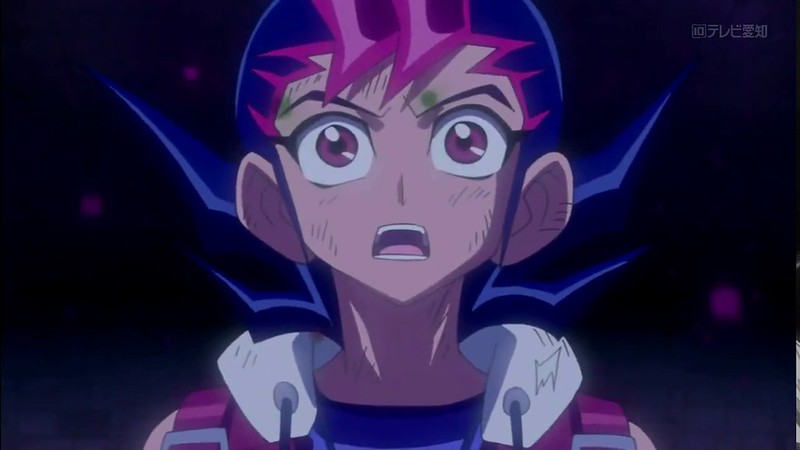 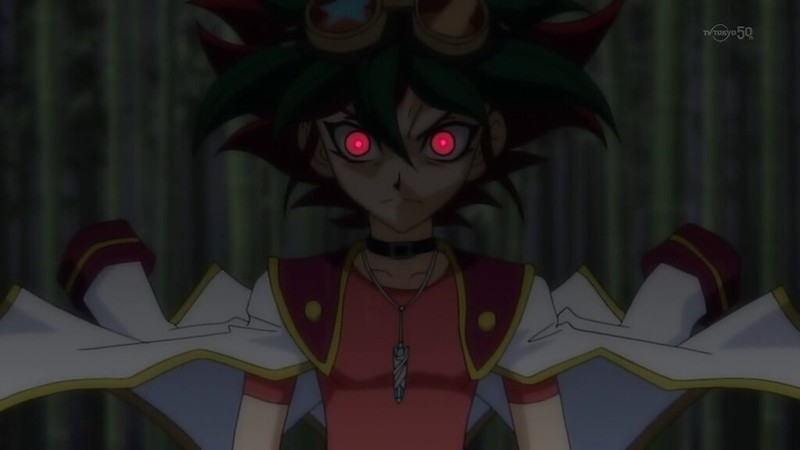 Suggested by Sonic It’s time for a battle of Yugioh protagonists. Naturally being the main character of a series with over 100 episodes always ensures that you will have a very formidable roster of monsters in the end. Yuma collected most of the 100 Number Cards which are mostly fierce some in their own right although only around 10 of them are serious threats. Then he has his ensemble of normal monsters at the ready. Yuya’s normal monsters aren’t quite as numerous and his normal Performa Pals tend to be weaker than Yuma’s standard creatures, but what really sets him up to tip the scales is his array of dragons. In the last episode Yuya was able to fuse his main 4 dragons into 4 new ones, adding on to the normal 4 base ones, the original 6+ fusion ones, and the dark forms that he obtained. Additionally he has some pretty high level monsters that aren’t dragons and physically his dark form showed more impressive amounts of strength than Yuma’s Super Saiyan mode. Yuma ultimately won’t be able to keep up with Yuya. Yuya wins.

Gao Mikado is definitely the stronger fighter when it comes to hand to hand techniques, but I’m afraid that Yuma has the edge thanks to his superior cards. It’s simply hard to get past them in a card fight thanks to all of the Numbers. Utopia could take out almost all of Gao’s monsters on his own and that’s before we consider his various power ups. It’s going to be a tough day for Gao! Yuma wins.

This was definitely a very close battle. Yuma is the main character of Yugioh Zexal and he has quite a lot of monsters at his disposal. His Utopia has several forms and each one is stronger than the last. Unfortunately, most of Yuma’s other fighters are not nearly as powerful. Even the legendary numbers tend to only be decently powerful with a few exceptions. Kai’s array of monsters is definitely a lot more limited, but they tend to be a lot stronger than Yuma’s. (I’d say that Cardfight tends to have the stronger cards, although Yugioh top tiers are still top tier) Kai’s Dragonic Overlord and Nebula Lord cards should be enough to take out most of Yuma’s army and his other fighters can help to pick off the rest. It’s a close battle, but there is a reason why Kai is known as a Cardfight Master! Kai wins.

Cameron Clix has some decent dueling abilities, but they won’t be enough for him to take the win this time. Yuma has more experience taking on the bigshots and he never backs down from a fight. Cameron Clix can try to take him down, but it won’t work. Cameron Clix loses his debut match. Yuma wins.

Charlie McCay had some big dreams, but in the end he wasn’t able to realize them, thanks to Yuma’s overwhelming power! Yuma has his famous Utopia and also the Chaos Number at his disposal. I don’t think that Charlie McCay could keep up with such powerful cards. Yuma wins.

Cody may have had some impressive dueling skills, but they won’t be enough to stop a man like Yuma. Yuma has obtained a lot of cards during his adventures and he’s not afraid to use them! Cody doesn’t have enough monsters to protect him for long and he’ll take a tough loss in this round. Yuma wins.

Roku has some pretty classic monsters at his disposal, but it won’t be enough to take down Yuma. Yuma has his Utopia and one slash can deal some massive damage. He also has many other numbers at his disposal and if he has too, then he can access his Super Saiyan mode. Yuma wins.

Both of these fighters haven’t had a great start on the blog, but with this match, one of them will get to rise up the blog ranks. Tori has her duel scouter, but in the end it won’t be a match for Yuma’s impressive dueling ability. Yuma just needs to summon Utopia and he’s all set! Yuma wins.

Yuma is a duelist with cards strong enough to destroy whole cities. Pakunoda can’t fight nearly as well as Yuma. Yuma gets his first win on the blog, but there are surely more to come. Pakunoda may be back someday. Yuma wins.

The Arc concludes with this match. Yuma may have tried to outduel the rest, but in the end his skills just weren’t good enough for him to win. Yusei was just too powerful. Yusei finally gets a win in this arc. Yusei wins.