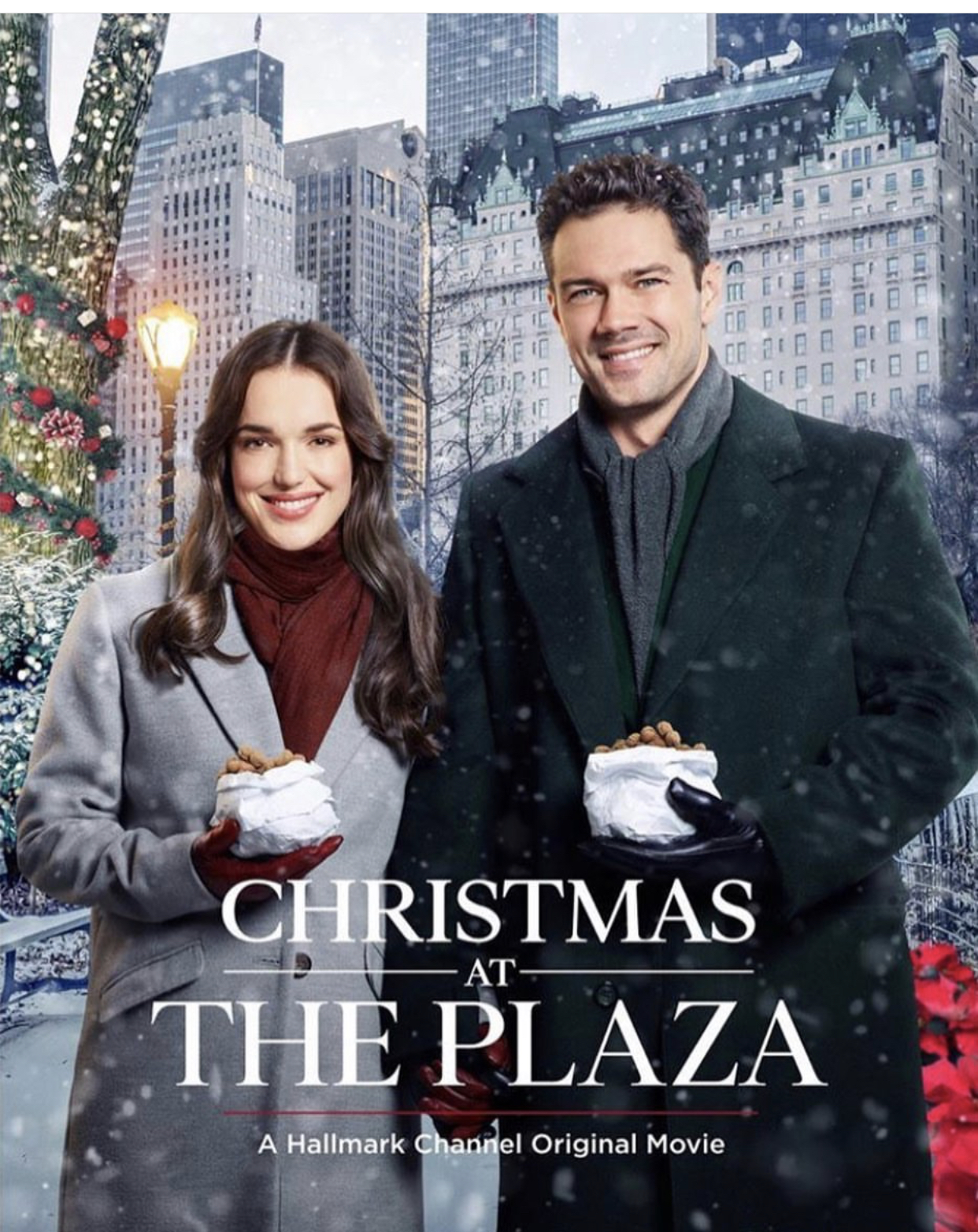 It’s time for the third Hallmark film. This time we’ve got a big hotel to play with in terms of the decorations so it looks really nice by the end. The Hotel already looked good on its own so that doesn’t really come as a surprise anyway. It’s another good movie and while it does borrow a lot of elements from the others, that’s true for most of these titles. It’s all about how you use the elements and this one does a pretty good job I’d say.

The movie starts off with Jessica heading to the hotel as a historian here to do a piece. She finds out that this actually entails finding a theme for the hotel’s big Christmas anniversary. That’s not really her area of expertise as she prefers history to celebration but then she meets the guy in charge of the lights, Nick. Nick is all about Christmas and he loves putting on a good shot. He’s going to help her find her Christmas spirit and make this big showcase a success. The toughest part is going to be finding the missing ornament. See, every year the hotel always had a different tree topper for the Hotel except for one year where it seems to have been empty. The owner Amanda will not accept a blank spot in her presentation so Jessica is going to have to move planets to find this. Can she do it?

First off, I have to say that Amanda is definitely a little more unreasonable than the other Hallmark owners I’ve seen. She refuses to listen to a single thing that Jessica says. Now I know that she is hyped for the big celebration and there’s nothing wrong with that, but if Jessica does have an actual issue you’d think that Amanda would want to hear about it. Then you can also factor in the fact that Jessica almost did leave the project and Amanda really would have been in quite a bit of trouble there. I suppose she just likes to live dangerously.
Reginald is one of the main characters here, but he can be a bit on the annoying side at times. He has a past that really comes into play as the film goes on so you can give him some sympathy points. That being said, he could have been a little more helpful. Even if he didn’t want to actively help Jessica he could have at least given her a direct answer on what he knew and that would have saved them all a whole lot of time searching and everything. It’s one of those things that should have been simple, but he complicated the issue.

Nick’s a pretty good main guy. I was glad that he was very assertive compared to a lot of the others and also didn’t even entertain his ex’s proposition to show up once more. In this case he handled the situation perfectly even if Jessica did take things the wrong way. Nick was firm without being rude and didn’t let any of this psyche himself out of the job. He was professional at all times. Meanwhile Jessica is one of the weaker heroines. She jumps to conclusions pretty quick with Nick near the end of the film which didn’t seem all that reasonable. Additionally I feel like she was a bit rude to Nick at the start for no reason. Once he pointed out that he did have a sign up warning people not to get too close, Jessica seemed to take it personally. She was the one who bumped into him so I don’t see why she was so defensive. She even refused his help right away even though Amanda is the one who told him to help. Things worked out, but it was in spite of Jessica as opposed to being because of her at some points.

While she may not be as good as some of the others, it should still be noted that the character cast is still good. You don’t have to be perfect to be a great character after all and these two were able to hold their story up pretty well. We got our classic family Christmas party as well and this time we even got the “current boyfriend” character. I feel like it’s been a while since we got this guy to show up so that was nostalgic. He’s about as obvious as you would expect. The guy always loves talking about his job and barely seems to care about what Jessica does.
He’s quick to tell her to give up her job to work with him on his project which shows how dismissive he is. The guy was more eager to get his next drink than to hear what she was going to say. All of the warning bells were there from the start and the party was probably one of the last straws. That was a time where he openly said her job didn’t sound as important and he sent her off on her own. The cab driver helped to salvage the situation at least. It does mean that this romance is a complete rebound even compared to some of the others though so that part doesn’t work quite as well. Even if your current relationship didn’t work out, you’d think that it would take a few weeks or months until you move on to the next guy. If you can do it in the span of a day then the feelings may not be as serious as you think.

Overall, Christmas at The Plaza is a fun film. It’s a pleasant Christmas movie as you would expect. There’s a lot to look at with all of the Christmas lights and having one of the characters actually be an professional decorator was a good move so the film could really go all out. We get some nice Christmas movies as well and this one will have a lot of replay value as you’d expect. It’s true that after a while all of the Hallmark films start to feel the same, but I’ve never thought that was a bad thing. It’s like having a favorite movie and then you see everyone remaking it every year. It may be the same story, but it’s just as strong as it ever was. If you haven’t watched this one yet then it’s time to change that. The period from Christmas to New Year’s is still super festive outside and it’s never too late to check this one out.