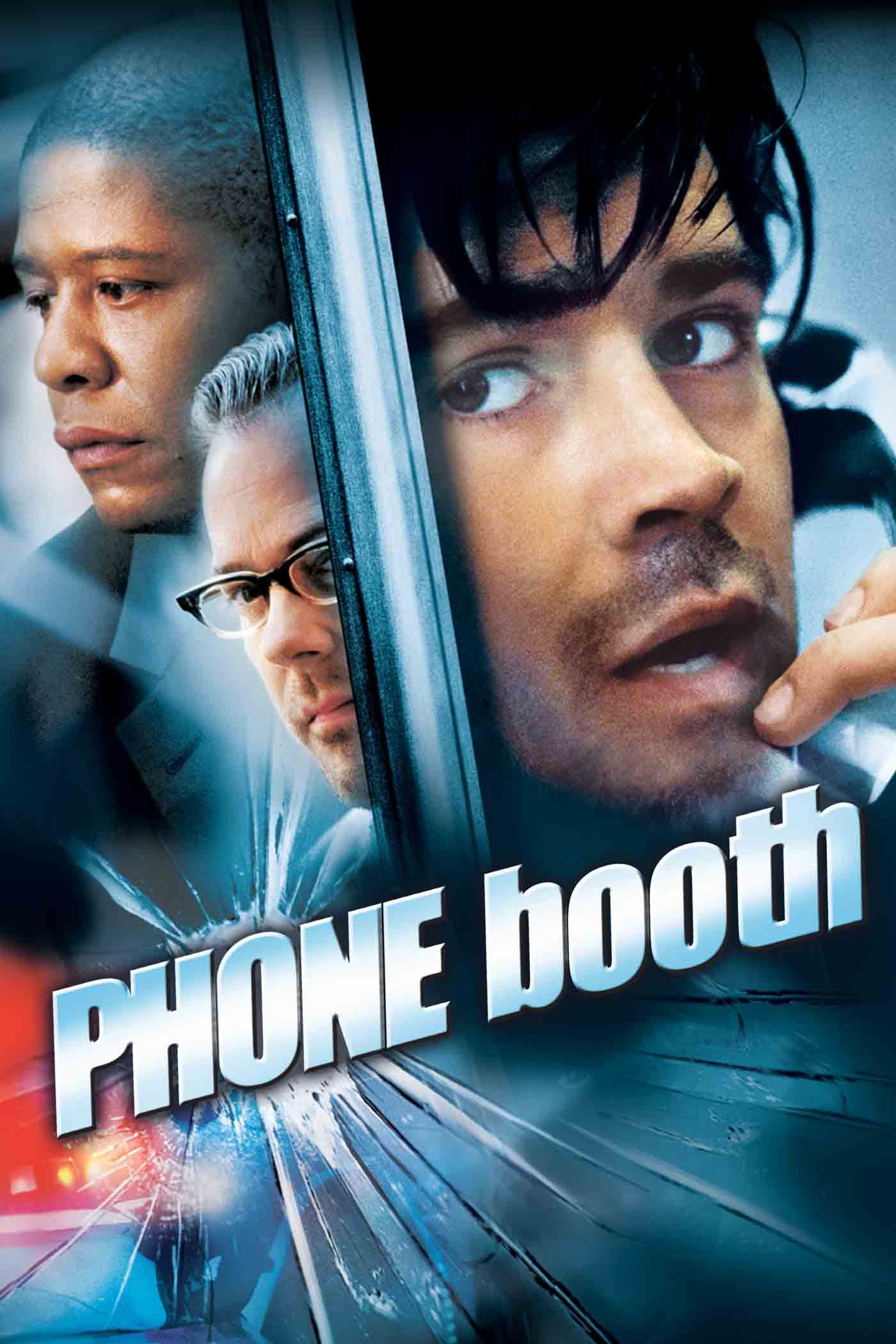 Phone Booth definitely works as a solid cautionary tale on why your best chance to escape a possible hostage situation is to make a dash for it immediately as opposed to sticking around and finding out what is going to happen. It’s an interesting concept to be sure and works as a unique one but it is very difficult to pull this off for a whole movie. It does begin to drag on after a point and the script is definitely the weakest part of the movie. Good idea but the execution could have used some work.

The movie starts by introducing us to Stu. He’s a very selfish publicist who’s a bit of a loudmouth and tends to just get by on charisma. He’s fairly good at his job by lying to everyone imaginable but of course it isn’t a very honorable way to conduct business. It’s a very effective way to introduce Stu though because immediately you do understand what kind of character he is. Well, he heads to the phone booth to make a call to the girl he is trying to cheat with but then receives a second call from a mysterious man who claims that he will shoot Stu if he leaves the phone booth. He even shoots a toy robot outside to prove his point. This guy apparently has a thing for exposing criminals and this time he wants to take Stu down. Stu’s only way out of this is to reveal his dark secrets to all of his loved ones but will this sniper keep his end of the bargain?

Now, Stu’s best chance here was definitely to dash out as soon as the call got dangerous. I’ve said this in the past but with any hostage situation like being held at gun point or something, the longer you stay there, the greater your odds of death are. At first Stu thinks the whole thing is a joke so he doesn’t care much but I don’t think you should even bother listening to a call like this if you aren’t expecting it. Just hang up and walk away. Still, at this point he doesn’t realize there’s danger so it’s not a big thing. Once the guy starts making threats, talking about Stu’s wife and such, then it’s time to get out of there. Dash out, call the wife and then call the cops. Even once the guy claims he has a sniper gun you should run away.

Lets fast forward to when the guy proves he has a gun. Okay now you have two choices. You can stay in the phone booth and listen to his orders or dash out. I like my odds with dashing out because the guy only will be able to get one shot off before you can get out of view. Additionally, the benefit of this plan is that you have the initiative. He doesn’t know when you will run out, only you do. This guy would have to be incredibly skilled to land a shot when you’re running like that. Just call his bluff and make a move. Worst case, you die.

Here’s why the other option isn’t good. Say you stay in the phone booth. Well, now the sniper has the advantage because he can shoot you at any time and it would be too late to run off. Additionally, your banking on the fact that this guy will actually let you go once you fulfill his orders. Keep in mind that this guy is already crazy enough to have you in a hostage situation so that might not be a very trust worthy guy you’re dealing with. Anyone that insane can’t really be taken at their word.

It’s finally too late to really make much of a move once the police show up. By this point the ball is really in the sniper’s court since if Stu makes any kind of move he will likely be gunned down on the spot. It’s why I say you have to do something because your inaction will eventually close up every opportunity that’s around. That’s exactly what ended up happening to Stu here.

The film establishes Stu as a fairly unlikable guy but at the same time you’ll certainly feel bad for him anyway since this is a rather brutal situation to be in. He even brings up a valid point a bunch of times about how the sniper’s other victims all seemed to have rather large crimes that hurt a bunch of people while his seem rather small in comparison. Stu was really in the wrong place at the wrong time for this random judge/jury/executioner to show up. At least the truth is out in the open now and Stu will likely be a nicer person in the future. I don’t think he’ll be quite so mean to the pizza man next time which was quite uncalled for.

Meanwhile the Sniper is one of those villains who is completely insane and evil but tries to mask it as if he is doing something good. He takes down criminals or people with bad morals and takes them down himself but not before threatening and blackmailing them first. This all crumbles when he also takes down two completely innocent people during the movie. It ultimately exposes the guy for what he is, just another murderer with an axe to grind. He certainly thoughts things through quite a bit so you can tell that he is the obsessive type.

The cast is really small though. Outside of the sniper and Stu, you have the two girls and the main cop. Pamela is the girl Stu was trying to have an affair with. To her credit she didn’t know he was married and had no way of knowing so I would consider her blameless in this case. She also had her own life aside from Stu and was doing well for herself. Then you have Stu’s wife Kelly who is also oblivious to this and really just got matched with the wrong guy. She takes it all in stride as best she can considering what a crazy scenario this is so she gets credit there as well.

Ramey was a very good police officer and I was glad he was able to pick up on the clues without being obvious about it. He was certainly Stu’s best ally in this whole adventure. Ramey was dedicated and never gave up as he tried to make sense of all this even when Stu was forced into acting rather awful towards him. It’s fair to say that he was easily the best character here.

So you have an interesting scenario and some solid characters here but man is the writing weak. I know this is New York so they want every character to sound like a classic sailor swearing all over the place but there’s so many air shots all over the place that you’ll think this is a horror movie. I haven’t seen such a weak script since your average slasher type film. It really makes you miss the more eloquent speech patterns from the older films. Now those really knew how to have a good exchange of dialogue. You could elevate the whole film by having the characters talk a lot smarter.

As it is, we did have some good mind games like when the sniper tries to talk Stu into answering the phone or reaching for the gun at the top of the box. In both cases Stu called him out on it and the Sniper temporarily backed off. Usually the lead falls for everything so I was glad Stu was at least putting up some kind of resistance. Not a whole lot mind you but the mind games is what you need to keep this scenario interesting for as long as possible.

Honestly if you clean up the script that would immediately have a noticeable effect on the film. It’s distractingly bad so that could even turn this into a good film. You definitely don’t have to have the phone booth by a strip shop either and could just have it next to a pizza place. The location shouldn’t matter in terms of getting someone who will cause trouble since that could be anywhere near NYC and then you focus more on the mind games instead of some of the opening scenes which really didn’t contribute to anything.

Overall, How much you enjoy Phone Booth will really come down to whether or not the film can remain interesting to you for the entirety of its run. It’s a fun concept but the weak script ends up hurting it. It can also be annoying to see how Stu handles the situation although that seems to be the norm for characters in this situation. I just feel like complying with these guys never works because the orders don’t end. Only time I can get on board with doing so is if they have another hostage in play. I would say you can ultimately give this film a skip and lets see if another film tries out a similar concept eventually. We do get a twist in the film as if this is a horror title so make sure you stick around for that. It’ll definitely give you something to think about as the film ends.