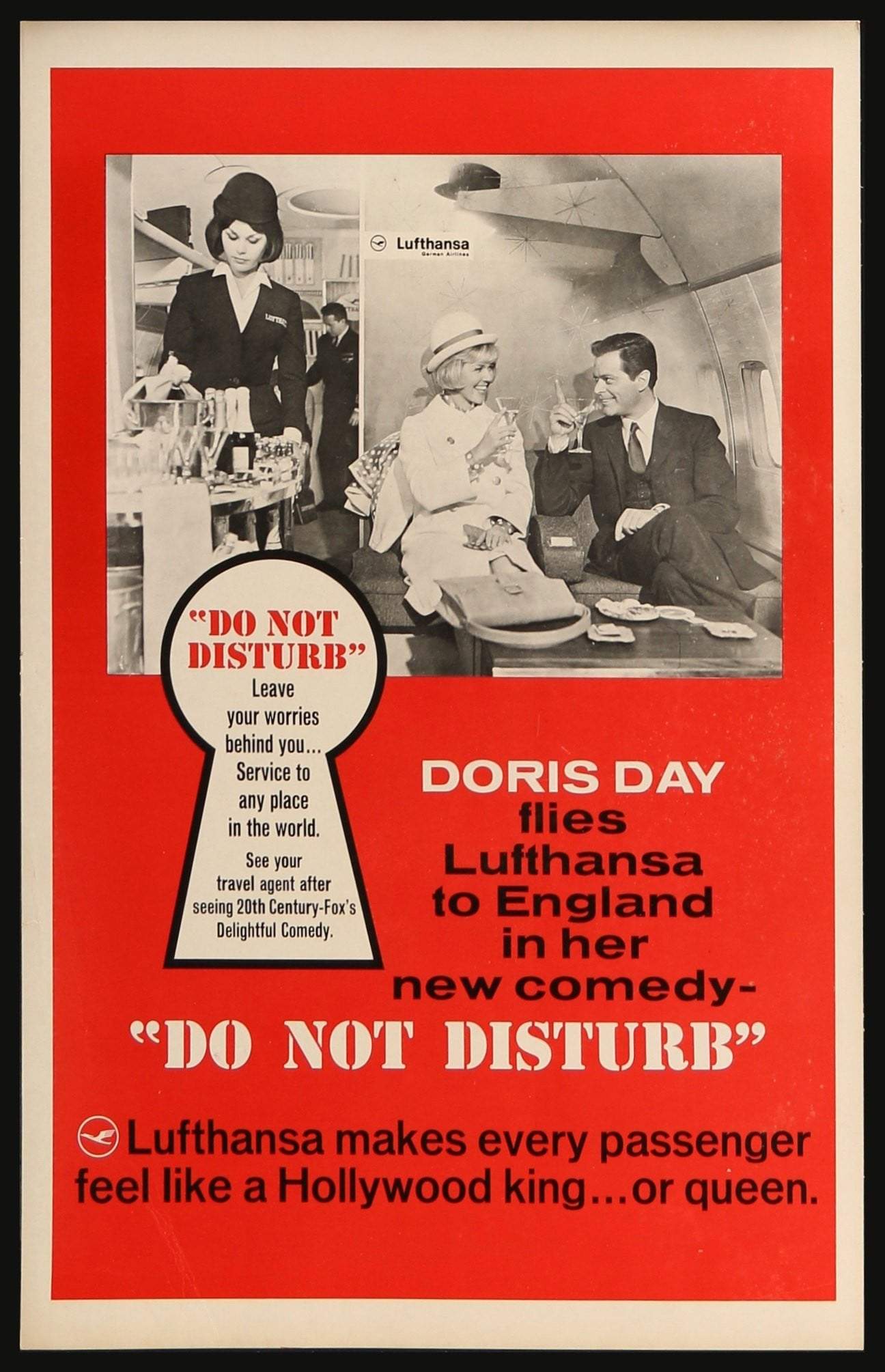 Do Not Disturb is the kind of movie you may be thinking about when visualizing a romantic comedy. It’s quite dragged out with both leads gradually getting worse and worse as they make so many mistakes that you aren’t rooting for either one of them by the end. Doris Day is usually in films that are quite solid but this one ends up being an exception. By the time the movie ends you’re definitely ready to forget about the whole thing.

The movie starts with Mike and Janet moving to England. It’s going to be a fun new experience for them and life is looking to be as bright as ever. Unfortunately Mike has to walk rather long hours in the textile business and isn’t home a lot. Additionally he’s got a new partner named Claire who Janet suspects may be trying to have an affair with him. Mix in the fact that Mike’s company is extremely sketchy and Janet’s really worried. One lady tells Janet the only way to win is to convince Paul that she is having an affair as well. Enter: Paul. Paul decides he wants to have a real affair so he suckers Janet into taking a plane ride with him to France on the excuse of buying some furniture or something. Will Janet be able to escape his plans?

The characters are all really gullible here and certainly don’t trust each other. I’ve always said, you can’t have a romantic relationship without trust and so these two were clearly doomed from the start. Thing is, they’re all at fault here as each character continually makes the worst possible choices. It’s like they’re each digging the hole deeper and deeper into the ground as they take turns when the other wants to stop digging. Throw in the fact that the film is rather long (Over an hour and a half) and you’re going to see some repetition here.

Lets talk about their errors right away. First up we have Mike. The instant his boss said that they had to go to a hotel for a meeting where wives were not allowed he should have either refused to go or brought Janet along anyway. The latter is probably the best way and if you ask me, that would have improved their trust in each other. Having to cancel his dinner plans with Janet last second is another bad move, particularly as he was meeting another lady to do it. Sure, it was a work context but that’s definitely not going to fly. If anything, this is another chance to bring Janet.

Mike really did not do anything to give Janet comfort in the first half of the movie and walked blindly into every situation. Yes, he never had any kind of affair with Claire which is good but in terms of optics he just did not help his case. Also, he seemed rather oblivious to Claire’s intentions the whole time. He probably should have gotten a different partner early on. The error keep on compounding and so in the end he’s not likable.

Then you have Janet. Well, the plan to get Mike jealous was a bad idea from the start. I’ll give her credit for stating as such right away and even letting him in on it. In that respect there really wasn’t a whole lot more that she could do. Where Janet really goes wrong is when she agrees to go with Paul to France. I don’t care how good the furniture is over there, the guy’s already been flirting despite the fact that she is married so that’s a huge no no. She should have written him out of her life immediately. Then she puts up no real resistance when he has her drink numerous cups of wine to get drunk.

By this point Janet is starting to flirt and lead him on as well. Of course it’s played out that it’s just the drinks which is always quite convenient, but I don’t like that she put herself in this position to begin with. She couldn’t even stay conscious near the end. This time it really did give Mike good reason to doubt her loyalty. Both of their reputations are really sunk forever no matter how happy the ending may be.

Even the scene of Mike sitting down with Paul and having a gentlemanly chat was annoying. This is the guy who was just messing with Janet. The punch was a good start but you can’t just laugh together like you’re old friends after that. Paul was really let off too easily here and Mike should have no respect for the guy at all.

So the film has a really weak cast and that is a terrible thing for a rom-com. These films need strong dialogue, writing, and characters to be engaging since there are no fight scenes to fall back on. Alas, the film just couldn’t keep up its momentum or even gain any to start the film off with. The story itself is really weak and it’s just an excuse to see how low the characters can bring each other. Misunderstandings can be fun enough and all but a whole film built around that just isn’t going to work. This film certainly showed that off quite well.

Overall, Do Not Disturb is a film I would definitely say to skip. You want to at least have one likable protagonist in these films and this one had none to be found. It has its fun moments and the movie is lighthearted overall but there just isn’t much of a point to the film. I couldn’t even say that there was a big moment that’s laugh out loud funny. It’s all more subdued and is not funny more often than it is. If you want to see a better comedy with Doris Day, just close your eyes and pick just about anything else from her filmography. Odds are good that it will be an improvement.