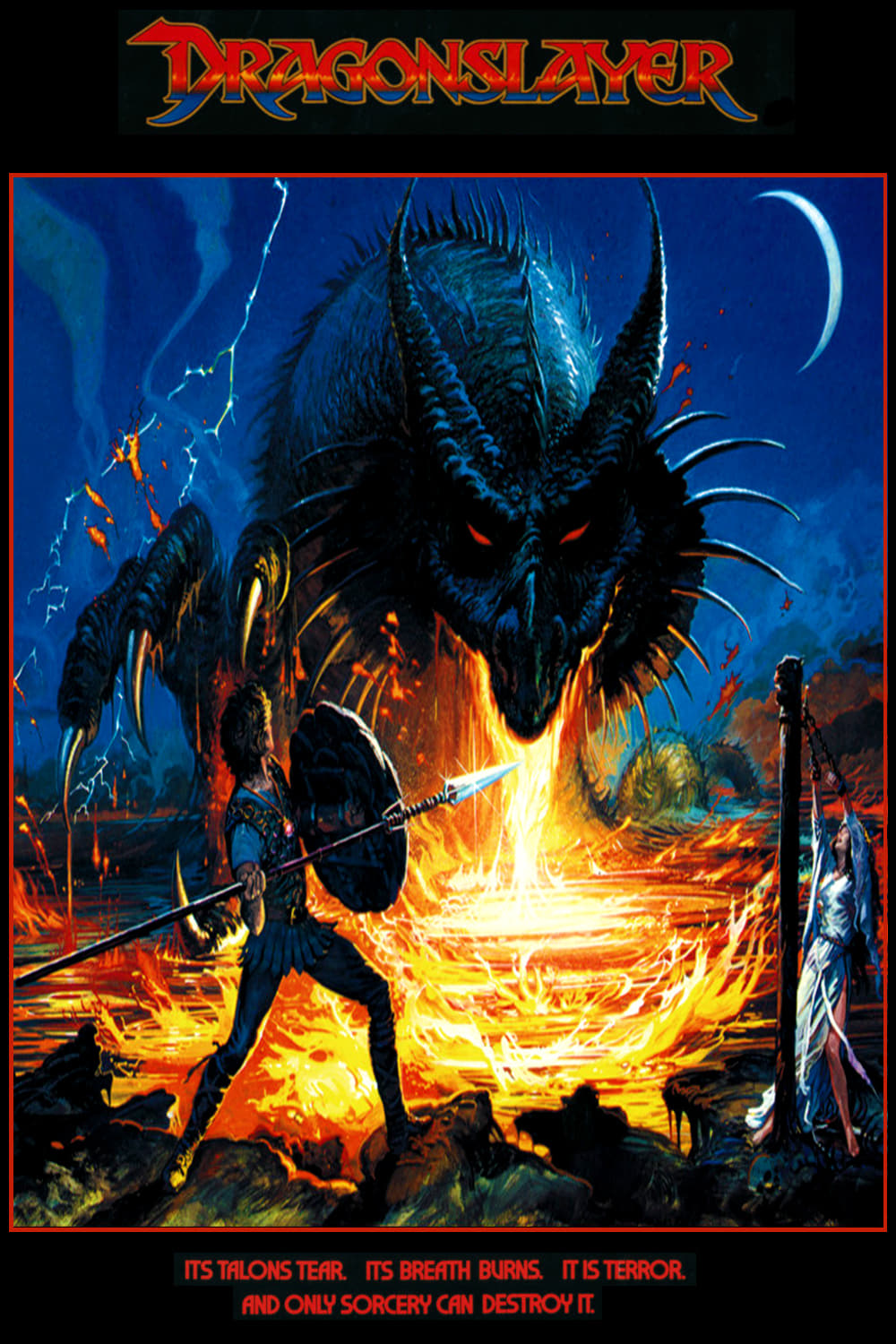 It’s time to look at a fairly old Disney film. You’re probably familiar with the name whether you’ve seen the film or not. It’s definitely a very catchy title, although it paints a few warning bells right away. For starters, films with dragons usually take place in the really olden days where so the film won’t really be visually pleasing. Dragon films just don’t tend to have the best track record and unfortunately this one doesn’t really change that melody.

The plot starts off with a group of people heading to the lair of a sorcerer. They have come to ask for his help in slaying a dragon. This is the last dragon haunting the kingdom, but currently it is basically impossible to stop him. The sorcerer agrees to help, but he is quickly murdered by some of the king’s men. They don’t want anyone to try and attack the dragon because if that person were to fail then the dragon would just get even more upset. This band of men also murder the sorcerer’s right hand man so now all that’s left is the apprentice. Galen tells the group he’ll slay the dragon and sets off to do so. Still, he is just a boy…can he really stop this mighty beast?

Galen won’t really leave a positive impression with you. First off, he’s incredibly overconfident. From how he talks and swaggers about you would expect him to have a considerable amount of magical talent at his disposal and yet we see that he can barely even lift a table. That’s certainly not an image that will inspire confidence into your heart. On the contrary, it’ll just let you know that you really can’t trust this guy. Then when the group is just trying to get by the dragon territory so they can make a plan he decides that he absolutely has to see the lair. Galen puts all of their lives in jeapordy just for that. Then he doesn’t even see the job through. He’s just a pretty bad main character and I don’t blame some of the characters for being upset with him.

Of course, the King and his men are portrayed as unreasonable. While they may have some valid complaints, they are completely overshadowed by the fact that they’re petty and corrupt. They just want to keep sacrificing everyone so the dragon will stay quiet. Since the rich are exempt from the sacrifice, it’s of no concern to the King. It only becomes a concern once his daughter is in trouble. Of course, he is a villain, but at least he’s consistent about it. It makes him a fun antagonist since he has no moral compass and only does what is best for him and his family. The leader of his guard who fights with the heroes probably gets the more screen time from the antagonists though. He does put up a good fight each time and in terms of swordplay might be the toughest fighter in the film.

The main heroine gets a big role as well. The twist likely won’t work too well for most since it seemed pretty clear that Valerian was a girl from the start. I suppose as long as the trick worked on the other characters then that’s what counts though. She was definitely helpful throughout and without her the main guy would have definitely gone down for the count several times. The rest of the supporting characters don’t really do much. To go back to the sorcerer though, I can’t say that I liked the guy. Of course towards the end it turns out that he did have some kind of master plan and all, but at the end of the day he still allowed himself to be destroyed and the rest of the group could have easily fallen right after that. He’s just lucky that the villains decided to leave.

For the most part if you take away the fact that this isn’t really my kind of film then it’s not that bad. It’s still a lot more engaging and fun than something like LOTR. The cast may not be particularly strong, but it’s still a reasonable adventure. Unfortunately the film begins to falter towards the second half. It actually gets pretty violent once Galen goes in the cave and starts slaying the dragons. We even see one of the characters get ripped to shreds. It is definitely unfortunate for her since the only reason she was in that spot in the first place was because she tried doing something noble. I was really expecting her to get saved. Still, while offering herself up as a sacrifice was a heroic move, she should have just let the main character save her the second time around. Running into the cave like that just wasn’t good.

So, the climax hurt the film because with all the stabs and the violence it was basically animal violence. Dragons differ from monsters in that respect. The visuals age pretty well though. The fire blasts from the dragon are surprisingly lifelike and I like the shield that the hero used. So if you just take away the dragon part and make it some kind of inanimate object instead then maybe the climax would have been really awesome and overall the film would have been a big success. After all if not for the climax then this film would earn a few extra stars at least. A shame that it had to go down right at the very end.

Overall, Dragonslayer does live up to the title. It’s a pretty long film, but the pacing is pretty decent. Even if the intro is slow, it does set up the characters and does so without a lot of exposition. Then when we get to the action part we get multiple fight scenes. Even the old sorcerer gets to fling a few lightning bolts. I will say that the Dragon was definitely very persistent. He just kept getting up no matter how many people kept trying to strike him down. The film even makes him sympathetic at one point when he sees that Galen is murdering all of his kids. That’s when I remembered that I was rooting for him all along. He should have ended the village ages ago though instead of taking his time. So, I don’t recommend this film, but if you really love old school adventures then you may like this one. Just be prepared for an annoying main character. He doesn’t do the film any favors.