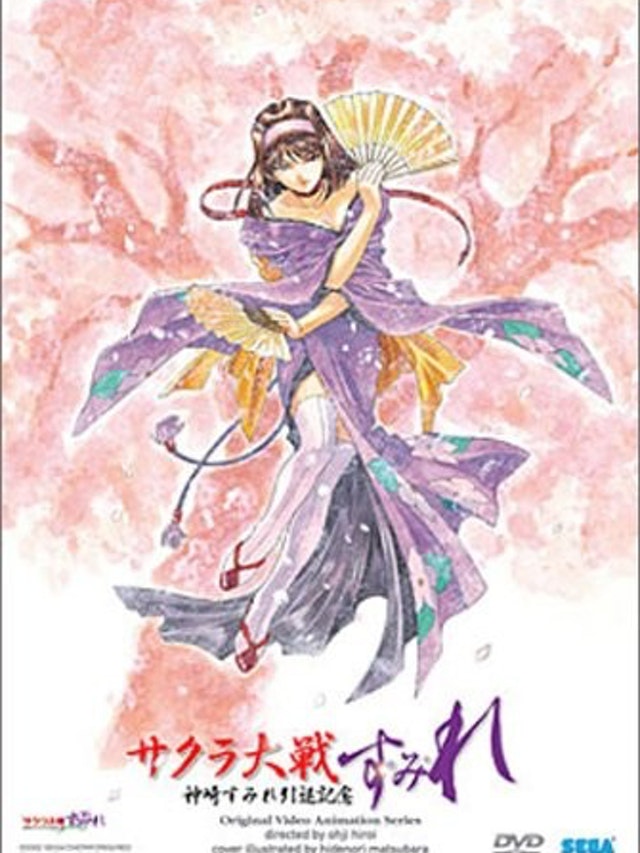 Sumire has definitely been a pretty key figure in the Sakura Wars franchise. She’s always around to help the heroes out whether it be directly in a fight or by pushing the rest of her team to perform even better with her tough love approach. She quickly became one of the best members on the team so it’s fitting that she would be one of the only people in the series to get her own special. Next to Sakura you probably could say that she had the biggest role in the series.

The basic plot of the special is that Sumire has decided to retire from the Flower Division. She’s getting older now and has realize that her powers have started to wane. While she could theoretically try to stay in a support role, you need your powers to be able to use the mechs and I doubt she would be satisfied on the sidelines. This also means she will have to retire from the stage performances. None of the other members are happy about this but try to see her off with a smile as she has her final show. The special’s more of an emotional epilogue so there aren’t any big fight scenes or anything. It’s really here to give Sumire some closure.

So there isn’t a ton to say about this one because it’s only about 20 minutes and it’s not like there is a whole lot going on here. Sumire continues to look really good. She noticed her powers beginning to go away before anyone else and made the retirement decision on her own terms which is important. Sumire takes the whole thing in stride as well and already knows what to do now that her career is over. Building mechs with the company is a good way to keep fighting against the forces of evil. Also, her powers are not completely drained so if there’s an emergency I’d like to still see her get into the action. Maybe if we ever get a sequel movie she could have a quick scene where she gets into the mech one last time.

The rest of the division doesn’t get to do a lot here beyond saying goodbye to Sumire. Kanna takes it the hardest since she always had a lot of good banter with Sumire. Even to the end she isn’t quite able to keep up a game face the way that the others did. Of course that’s definitely a lot easier said than done so it’s nothing to fault her for. Sakura is finally able to gain some confidence after coaching from Sumire so she will be ready to be leader now. Technically Maria was the leader but everyone on the team knew it was secretly Sumire and now that role will be Sakura’s.

We get a clip show at the end of Sumire’s adventures with the team as the OVA finishes. So it was a pretty fun little adventure from start to finish. It’s the kind of special you can probably only appreciate if you saw the rest of the series. It’s all pretty low key after all but definitely worth the watch. The animation is good, the writing is solid, and there are no real mistakes here. It’s just a fun special and it’ll be tough for the Flower Division to really continue going on without her. I feel like a new character may need to be added just to help with bringing in more banter. To an extent I feel like that was Orihime’s purpose originally but she didn’t really end up sparring much so you still need another piece.

Overall, Sakura Wars: Sumire is a very direct epilogue. It accomplishes what it set out to do with concluding Sumire’s story and definitely ends this part of the franchise. There are a lot of ways you could still write in her return of course so if the writers are desperate she can return but otherwise it’s definitely a nice end to her character. I’d definitely recommend checking this out if you’ve been going through the Sakura Wars series and don’t know that this special exists. If you haven’t started the series yet then you should probably at least check out the main anime before watching the special so that you’ll really know the characters first.