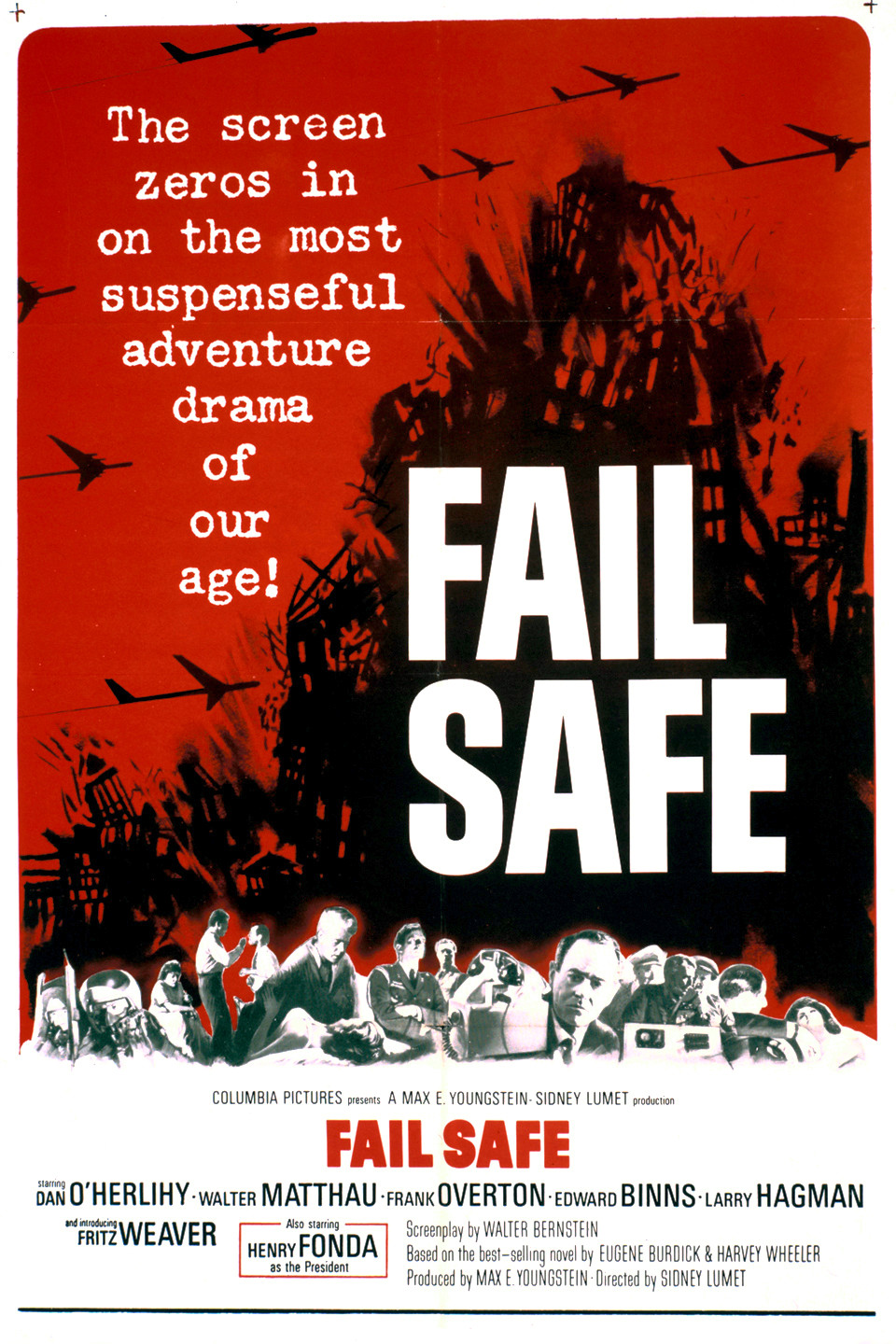 It’s time to look at another film about possible nuclear war. It’s certainly a fun topic to take a look at and definitely makes for a pretty intense film. I love seeing governments talk about this stuff in movies like this, especially while it’s happening all around them. A whole film about this is pretty ideal. The only thing that holds this movie back is the ending which….is pretty bad. Oof. Definitely not an ending you want to see but otherwise this one is pretty solid.

The film starts with the Air Force giving a tour to some of the funders. It’s all pretty routine as they explain how we have counter measures set up for if someone starts triggering World War III. They run these drills every month or so. During this test there is a UFO which the army is unable to identify. It turns out to be a false alarm but unfortunately due to a system malfunction the bombers get orders to blow up Moscow and there is no way to call them back. The President will have to think of something quickly in order to stop this from happening. The only option now appears to have the rest of our troops actually shoot them down ourselves. Is it really worth shooting our own soldiers down to prevent the bombs from dropping?

A big part of the film is really about what lengths we are willing to go in order to prevent this tragedy. Blasting our own men is just the tip of the iceberg as we also order our soldiers to effectively commit suicide and then tell the Russians how to completely destroy our planes and missiles. This means that in any future battles we will be at a massive disadvantage. Effectively the more we do to avert this current crisis, the more likely we are to lose the next one. This begins causing some dissent among the officials as they all have different ideas on how to play this. You’ve got the President, The Vice President, A professor, the General at the scene, and then the board room. Everyone’s got an opinion and they’re all willing to share it.

My favorite character was definitely the Professor. The guy is definitely on the extreme side but is certainly quick on his feet and makes for a lot of entertaining banter. He’s been heavily interested in death since day 1 and so getting put into a position like this is quite interesting for him. He believes that since the attack has already begun we should press our advantage and send in an attack squad. This would then force Russia to surrender and we’ll have won the war without firing a shot after the bombs. While there is nothing necessarily underhanded about doing so if we presume that there is no way to stop the bombs, it does turn an accident into a full war offensive.

So while he may be extreme there and we don’t need to follow up the attack, I find the president to be too extreme in the other side. He wants to avert a diplomatic disaster so he agrees to bomb New York to appease the Russians. Wait a minute…that’s a horrible idea. Not only was our sending the bomb a mistake but we find out that it is partially the Russian’s fault as they intentionally jammed our communications and then kept on jamming it as our fighter plane approached their territory which is why we couldn’t call them back. You can’t answer an accident by intentionally destroying 5 million of our own people. It’s an eye for an eye only it’s worse in this case since we’re delivering both blows. I feel like the President wouldn’t live much longer after people find out what he did here.

He tries to justify this as making everything even but it’s just not so. As the leader of your station you have the utmost duty to protect your people. Whatever happens that’s the job. I’d say his first mistake was trying to shoot down our own pilots, the second was giving the enemy the tech to take us down, the last and biggest was in blowing up New York. I wouldn’t say that the film glorifies this and it’s still a well made movie so I consider it a character error as opposed to a film error. The President made his call even if it was the wrong one so this is a solid film to check out. That said, it’s still just pretty bad. put it this way, once our nukes are going to hit Moscow only two things can happen. One is that they will retaliate and then that will force the U.S. to blow up the planet. The other is that they don’t retaliate and while this will be a diplomatic nightmare, things will go on as usual.

You have to accept those as the two outcomes of this action. Blowing ourselves up just isn’t a factor. It’s far better for us all to die together as one planet than for the country to turn on itself. That’s just not a good idea. It would have made for a good twist if one of the pilots had hijacked the final plane to prevent it from dropping the bomb or for the interpreter to have taken the President out. Certainly would have been very unexpected but it would have been a good move for justice to have prevailed. Of course you never know how you will really react in such a situation but I like to think we wouldn’t do this.

Overall, Fail Safe is definitely a pretty interesting film. I like all of the discussions and plans of how to handle this situation. It’s a film that inherently doesn’t have a lot of replay value since most of the fun is in seeing how things will play out. It’s like a mystery, once you know all of the answers then it won’t be quite as interesting to check out the next time around. At least a mystery allows you to see if any hints were dropped while this movie doesn’t have such an advantage. Still, if you haven’t seen this movie before then I would definitely recommend changing that. It’s one of the better political thrillers to check out even if you’ll shake your head on the ending.