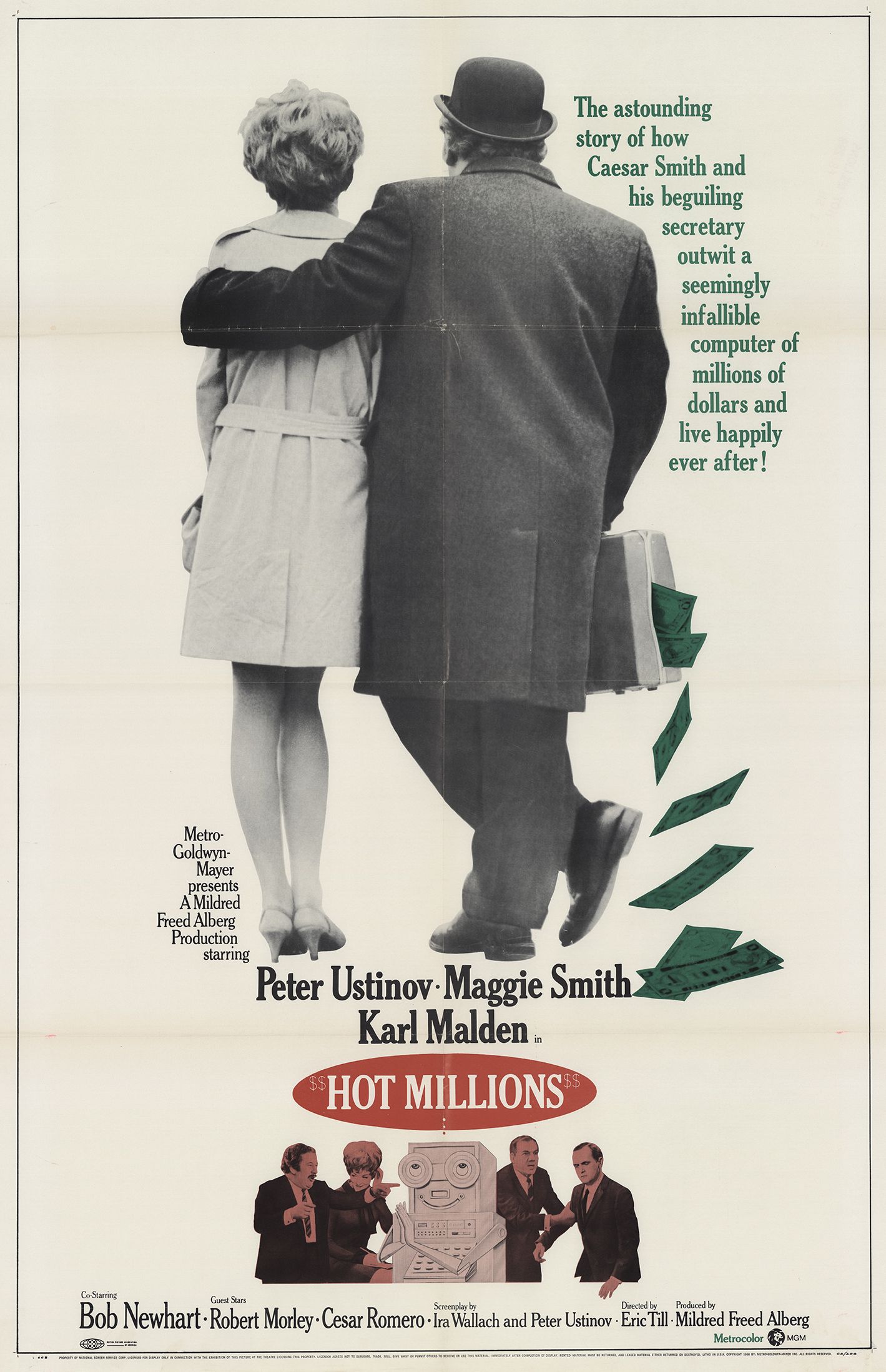 It’s time to look at an old film about a conman. This is definitely one of those films that you aren’t likely to have heard of in the past. I’m sure it has its own following of course especially as I do buy into the whole “every movie is someone’s favorite” line. Still, there isn’t a whole lot to keep this movie too engaging so while it is a good watch, there isn’t much replay value here.

The film starts with Marcus getting out of jail after being exposed for embezzling lots of money. He decides that he will try again and this time plans to outsmart the computers. (A computer is why he was caught the first time) He tricks a big company into hiring him while under the guise of a successful computer engineer. The main obstacle standing in his way is the fact that there is no way to turn off the computer without a key and the main character can’t risk being caught again. Amidst his trials of trying to get around the computer he gets a secretary who has not been particularly good at any of her jobs. Still, Marcus is a pretty laid back kind of guy and doesn’t mind since it’s not like he plans to stick around anyway. Will Patty ultimately be an ally for him or will she turn out to be an enemy?

Right away you’ll realize that there is no rooting for the main lead. He doesn’t even have some kind of sympathetic reason for embezzling. Marcus just wants to get rich quick and considering that his salary was already making him a ton of money you can see how he is a little on the greedy side. It’s even worse when you consider the fact that if his plan succeeds then a lot of people are gonna end up being fired and the company will be in the red. He is a charismatic guy but there is still no actual reason to root for him. I wanted the company to catch him the whole time, but alas it was not to be.

Then you’ve got Patty who is having a lot of job trouble. Unfortunately you have a hard time taking her side as well. She lucked out by having a nice boss like Marcus but you can’t blame the company for firing her since Patty was late for a week straight. It seems like she was prepared to lie about it, but when they brought up that the computer found out the info there was no going back. A sketchy pair of leads eh?

Then you’ve got the main villain. Gnatpole likes the heroine and dislikes Marcus from the start. He’s definitely a classic company man but one who is distracted way too easily by his thoughts of romance and quickly becomes the worst character in the film. Gnatpole is way too pushy and is definitely an annoyance to everyone around him. It’s too bad because he had some potential. Before the heroine obsession started he fulfilled the role of having the skeptic in the office. In any film with a shifty lead you want to have another character who is absolutely not buying what the lead is selling. The movie just went too far in making him unlikable.

As expected the romance is pretty poor here. It definitely happens quite quickly. At least the film waited til Marcus wasn’t her boss anymore but it definitely didn’t need to be included in the film. Then even after that Marcus encourages Patty to use Gnatpole’s obsession with her to delay him a big which is a dicey choice to say the least. There really didn’t need to be romance here.

The ending is also rather flat. It goes a little too hard in trying to give everyone a happy ending when the two main characters haven’t really earned one at this point. I’m glad that things worked out for the company but it’s very cheesy. The President should especially still be furious since he trusted Marcus so much prior to this. The president was definitely the best character in the film btw. He was a genuinely nice person and did his best to help everyone succeed. The guy may not have used the company’s assets 100% the way they should have been and had a dicey scene in the train, but at least he was a company man through and through.

Part of what makes the plot tricky here is that you have to suspend your disbelief a lot. There are dozens of moments throughout the film where you think it’d all be over. One of the biggest ones is when they actually catch Marcus in the act of trying to steal money from them. He quickly makes up a story about how he was testing their security and all that jazz, but why would they even buy into this? There’s no real reason to take such a story seriously and that should have really made them double think the entire job. Marcus also isn’t very subtle the whole time since he’s desperate to get rich quickly so he can go home. In a way the company brought all of this upon themselves.

Overall, Hot Millions is a pretty unique film but I’ve got to say that it could have been a whole lot more interesting. It can be a little slow and the movie is a little long considering that the plot isn’t all that complicated. There are a bunch of scenes that could be cut out and the film would be better off for it. It is going for the slow burner approach but this isn’t the kind if film that could have a dramatic payoff for the climax so it really doesn’t work. If you’re really in the mood to watch a low key dramatic film about an embezzler trying to outsmart the computer then this is the title for you. Otherwise I’d say to skip this and watch a more exciting one like Ocean’s 11.