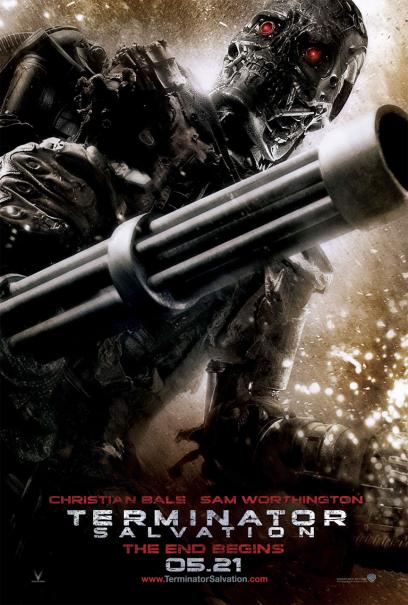 It’s been nearly three years since I first saw this film and it was cool to see that I am still giving it the same score that I gave it all those years ago. It just goes to show that while some films may vary as the years go by, Salvation has managed to hold its place for quite a while. It’s certainly not as thrilling as the first three films and is mainly an information film.

Judgment Day occurred and John simply couldn’t stop it. He is now one of the pivotal figures in the war against the machines, but he is more of a figure head than a leader. He finds out that Skynet is preparing something big so the resistance decides to destroy it once and for all. As both sides get ready, he realizes that Kyle has been kidnapped. If Kyle is destroyed, John may cease to exist and everything will be wrecked. It’s time to get back onto the front lines to save the world and a new character is also running around.

First of all, I still have to question parts of the time loop. Since it seems like time moves linearly in this universe, Kyle’s death shouldn’t really matter. Just like how Skynet can see that its past Terminators fail because they failed in real time, Kyle’s death wouldn’t stop the fact that he already went to the past. How I see it, John would not cease to exist through Sarah’s death because of Kyle’s death. Of course, this is time travel so there are many ways for this to play out.

The main drawback for Salvation is the fact that the plot moves at a very slow pace. It’s simply not as action packed as the other three films and there is never a sense of danger. The heroes are just moving across a world that has essentially been terminated already. They aren’t trying to save the world, they are just trying to end the war once and for all. The film seems to mostly just be trying to emphasize just how tricky this new world is and you’re meant to ponder why humanity lost so easily. It’s not about explosions and epic action like the first three films and it’s just about taking in all of the information.

If you walk into the film assuming that you are going to get an action blockbuster, it will definitely be a disappointment. If you walk in thinking that it will be a slice of futuristic life film, then this will be up your ally. There is really only one action scene and that occurs at the very end of the film as John fights against the T-800. That was a cool fight even if it was a little short and there was not as much actual fighting as you would expect. The film didn’t have the budget to pull off the incredible action scenes that the third film had and it’s safe to say that the T-800 should be able to crush Marcus with ease.

The soundtrack is also rather bare bones next to the other films and there isn’t much of an antagonist. A few bullies appear at one point and Marcus gets to beat them up, proving that he is the ultimate main character. At least, that was the intention. He’s not bad, but he’s not very good either. I liked him more than John Conner, but Marcus never did a good job of explaining his intentions and just seemed to want to fight Skynet. There are some twists about this, but Marcus never really got to develop as a great main character. He was fairly generic and while he did beat John from T2 and T3 and Sarah Conner from film 1, he wasn’t great.

I quickly have to pause and praise one of the things that Salvation did right. As in T3, where we find out that Skynet outsmarted the humans, she does the same thing in this film. Everything that happened was part of her plan and it makes the ending that much more satisfying. It’s safe to say that Skynet is constantly toying with the humans and they shall never be able to defeat her. Machines will always trump man and our arrogance is what created Godzilla according to a trailer for that Kaiju’s film. It was still awesome and the opening of the film felt like a scene out of Resident Evil as there as Terminators everywhere. It is certainly the beginning of the end for the resistance.

Back to the characters, I didn’t care for John Conner all that much. I’m glad that he made the hero call to rescue everyone, but he just came off as a little mean at various points and he seemed to have even less of a recollection as to what happened in T2 and T3. I wanted more references to those films and I feel like he didn’t deliver in that aspect. One of his lines when he told Marcus to get him inside the base also came off very awkwardly and just didn’t work. That was supposed to be one of his big lines as well since it even came again during the climax of the film in a flashback. John simply couldn’t pull this off.

Finally, we have the main heroine. Blair was a decent fighter and she always talked tough even when she was in a tough situation. She was a good character even if she did appear to be trying to start up a romance. Marcus was too tough for that and luckily the plot never went anywhere. She still made the hero call when she helped Marcus out of a jam and proved that she was more loyal than just about anyone else. Kyle is a decently important character I suppose, but he’s unlikable and the actor didn’t do a good job of looking like the guy from the first/5th films. His partner wasn’t great either and that subplot really wasn’t needed in the film at all. It was just there to buy some time.

One of the big positives about this film is that they finally went ahead and toned down the violence a lot. I believe that they did the same for language and all other areas of the film as they finally bumped it down to a PG-13 from the start. That was a really great move on the film’s part and helps to make it a safer experience. If not for a few scenes, it could easily have gotten close to a PG as well, but some of the themes alone would prevent that. As it is, it’s one of the tamer PG-13’s. If we had some more action and good fight scenes, then it could have gone far, that just didn’t happen.

As a Terminator film, this title is fairly bad as it has nothing to do with the franchise. Technically, we are seeing the resistance a little, but you can see why it can basically be discarded and nothing would change. The only thing of importance that we saw is how John got his scar. It reminds me of the Chimera Arc from Hunter X Hunter, which was essentially 7 years of filler or a good chunk of the war arc in Naruto, but at least it still felt like Naruto. This Terminator film didn’t really have any time travel and you can’t really have a film in this series without the T-800.

As a normal film, it is still decently interesting. Who doesn’t like to see a future that has been taken over by robots? If you watch this as a stand alone film, then it may pique your interest a lot more. It just didn’t last too long as a Terminator film and I’m confident that the upcoming one will defeat it unless there is some animal violence to stop it. Salvation is a good film, but it can just be a little dull.

Overall, Terminator Salvation wasn’t very exciting. It has some of the worst camera that I have ever seen in a film as everything looked uninteresting and the pacing was very slow. Marcus was a decent lead though and the concept of robots taking over the world is still fairly fun. I’m glad that Skynet continues to have the last laugh and the humans can never stop her. This film does drastically cut down on the violence and other unnecessary content which also helps it. Technically, it does still beat the first film for me although the first one was more exciting. If you want to watch a good sci-fi film, I recommend checking this one out. Just don’t expect a whole lot of action. 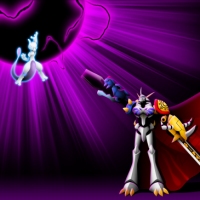 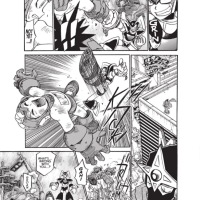 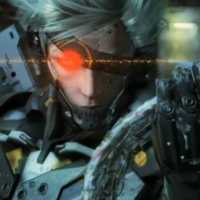