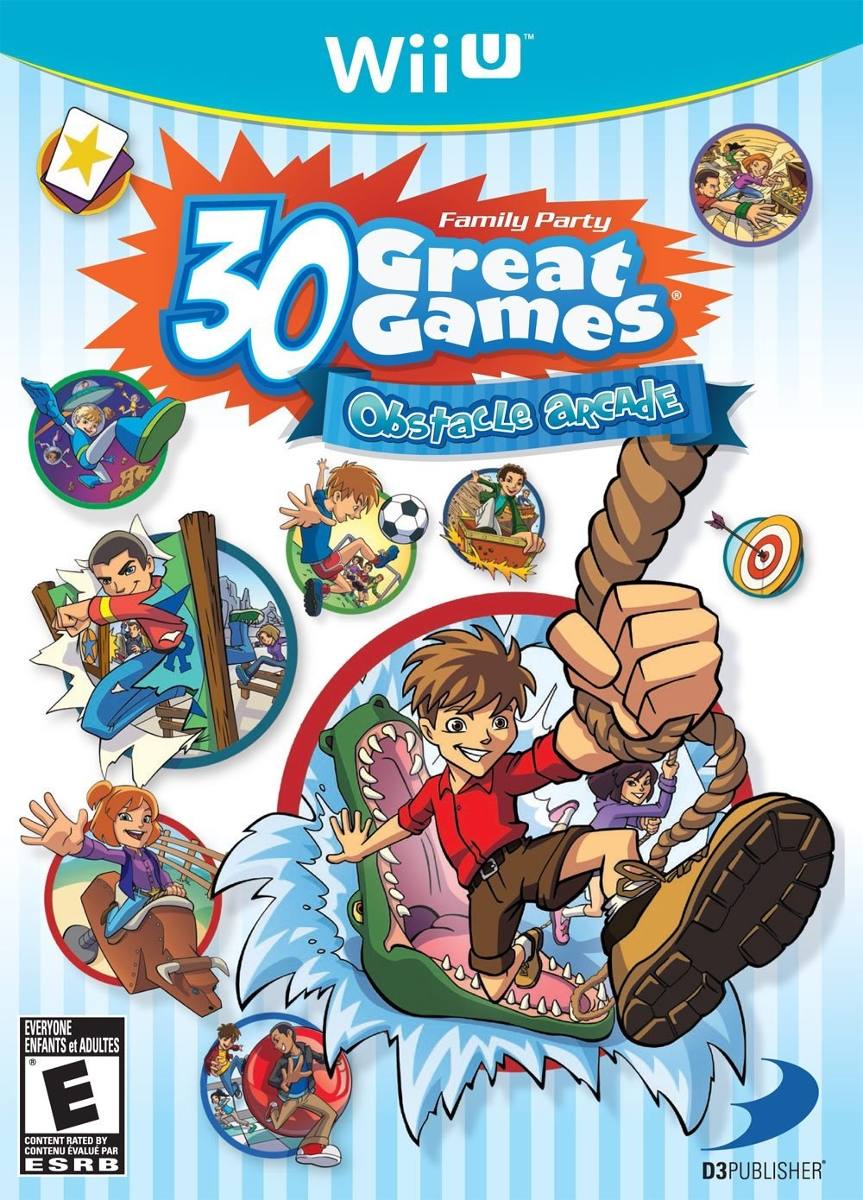 It’s been quite a while since I’ve played a low budget party game but it was time to finally do so again with this title. 30 Great Games is actually a series that also had an installment on the Wii. That one was not particularly good and the same can be said for this one. There are some decent mini games thrown in of course, but they’re surrounded by poor game design and odd decisions on how they are structured. You won’t be sticking with this game for very long.

As the title suggests there are 30 different mini games to choose from here. Some of them are pretty solid while others leave much to be desired. If you just look at the games you would probably expect this game to actually be pretty decent. They aren’t as overly long as in other party games and there are actually good ideas here that I would like to see Mario Party incorporate. If the game could have just put a little more effort into the other parts then it could have been good.

Where the game messes up is in every other area. For starters the only modes in the game are the free play mode and the main campaign option where you unlock all of the mini games. Free play is self explanatory and works well. The main campaign has issues though. There are 6 worlds and each one has 5 levels. That would have been straightforward enough but then you have to get through the 5 Gamepad levels as well and there aren’t many of those so prepare to face the same mini games over and over again. This is definitely a case of quick padding to extend the game despite the lack of content. Think about it, for every world to have 10 levels we would need 50, but since there are only 30 that means you need to keep on replaying quite a lot. Throwing away the Gamepad levels or simply including them once would have been much better. It would have been a proper campaign even if it was rather short.

As for the controls, they aren’t particularly good. Part of the point of the Wii U was to finally get rid of the motion controls so we could go back to proper gaming. Unfortunately this game didn’t get the memo. Wii Remotes are actually mandatory and you very rarely get to use the Gamepad. The game can’t even decide on what control scheme it really wants so you are forced to keep on changing depending on the minigame that has been queued up next. This means that you have to have the Wii Remote and Gamepad on the entire time which is a huge waste of battery power.

I wouldn’t say that the graphics are anything to write home about either. It looks pretty standard and I’ve seen some N64 games with more heart. Forget about a soundtrack as well. There are unlockables here and it is a party game so I suppose we do have replay value. It’s not done in a very organic way though. You can’t even play the final 2 worlds unless you beat the first 3 multiple times. I don’t really get the purpose of this except to annoy the players. Why lock the final levels behind this extra grind? It just isn’t right.

I guess we should talk about some of the minigames though. One of the ones that I did enjoy is where you have to walk around a log that is constantly shaking. While you attempt to do so the other 3 players will try to hit you with cannonballs. You can block with your shield, but you can’t move while you are blocking with is definitely a tough tradeoff. You have to go slowly but surely as you wrestle your way through the stage and it is not easy. Then you’ve got a level where you try to run over 3 players who are hiding in the dark. The 1 vs 3 games were just the most fun even if they didn’t always feel very balanced. The 3 have the edge in most of them.

There’s a free for all minigame where you have to jump over hurdles and sprint to the end. This one’s pretty fun and doesn’t really have any gimmicks. It’s just about going fast. Then there are various reaction games where you have to press the combo on screen before anyone else does. You do this for a few rounds and then the points will determine who won the battle. These are all solid and I can’t say that there were any minigames that were bad. The worst ones are really just hurt because of the motion controls. For example there was a jumping one where I couldn’t get the remote to let me jump sideways. Likewise there was another one about moving sideways and my guy wouldn’t budge. Take that away and those games would be a lot of fun.

Overall, This is not a party game that I would recommend. I would consider it to be one of the worst ones. At least the Wii party games have a good excuse since they were forced onto the console and needed to use the motion controls. This one just chose to do so for some reason and that was not the best decision. I’ll always stand by the fact that motion controls will always be worse than the standard ones and so I’m glad that they’ve been phased out. If you want a good party game to play through then I’d suggest picking something a lot more mainstream like Mario Party. You want a game like that which will last a while as well as give you a good journey along the way.